Accessibility links
Michael Apted, Aging With The '7 Up' Crew Every seven years since 1964, the director has caught us up on the lives of 14 everyday people in his acclaimed 7 Up series. Apted was 22 when the series began, and the subjects were 7. In the latest episode — 56 Up — the subjects are well into middle age. 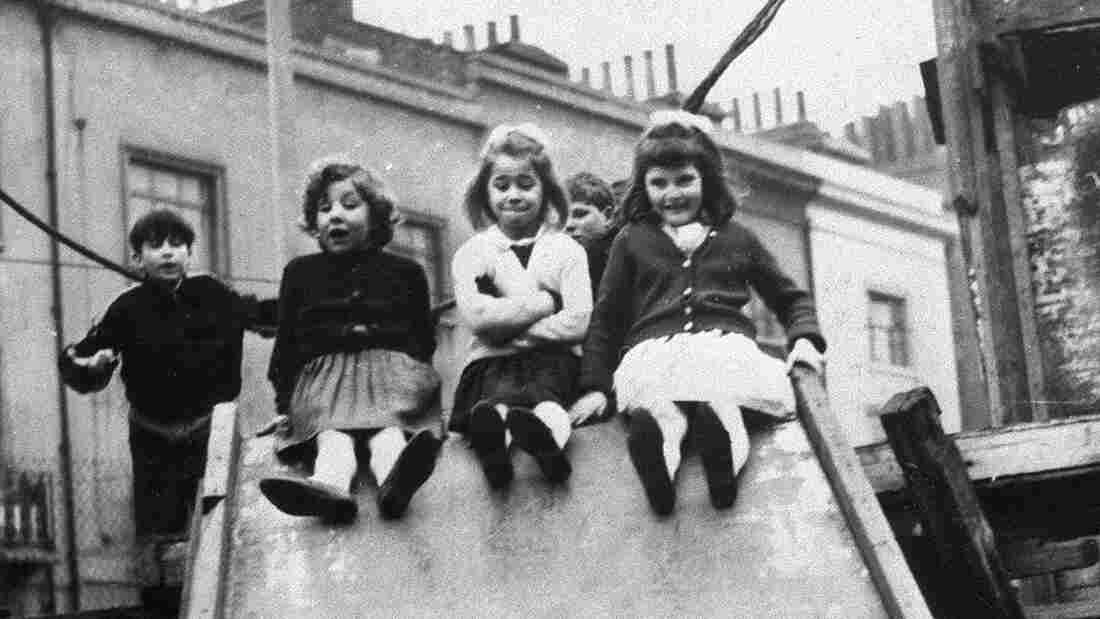 Jackie, Lynn and Sue — pictured here at age 7 — are three of the children featured in the landmark 1964 documentary 7 Up. The series returns this year with 56 Up, checking in with a group of 14 men and women whose lives have been documented since they were kids. First Run Features hide caption 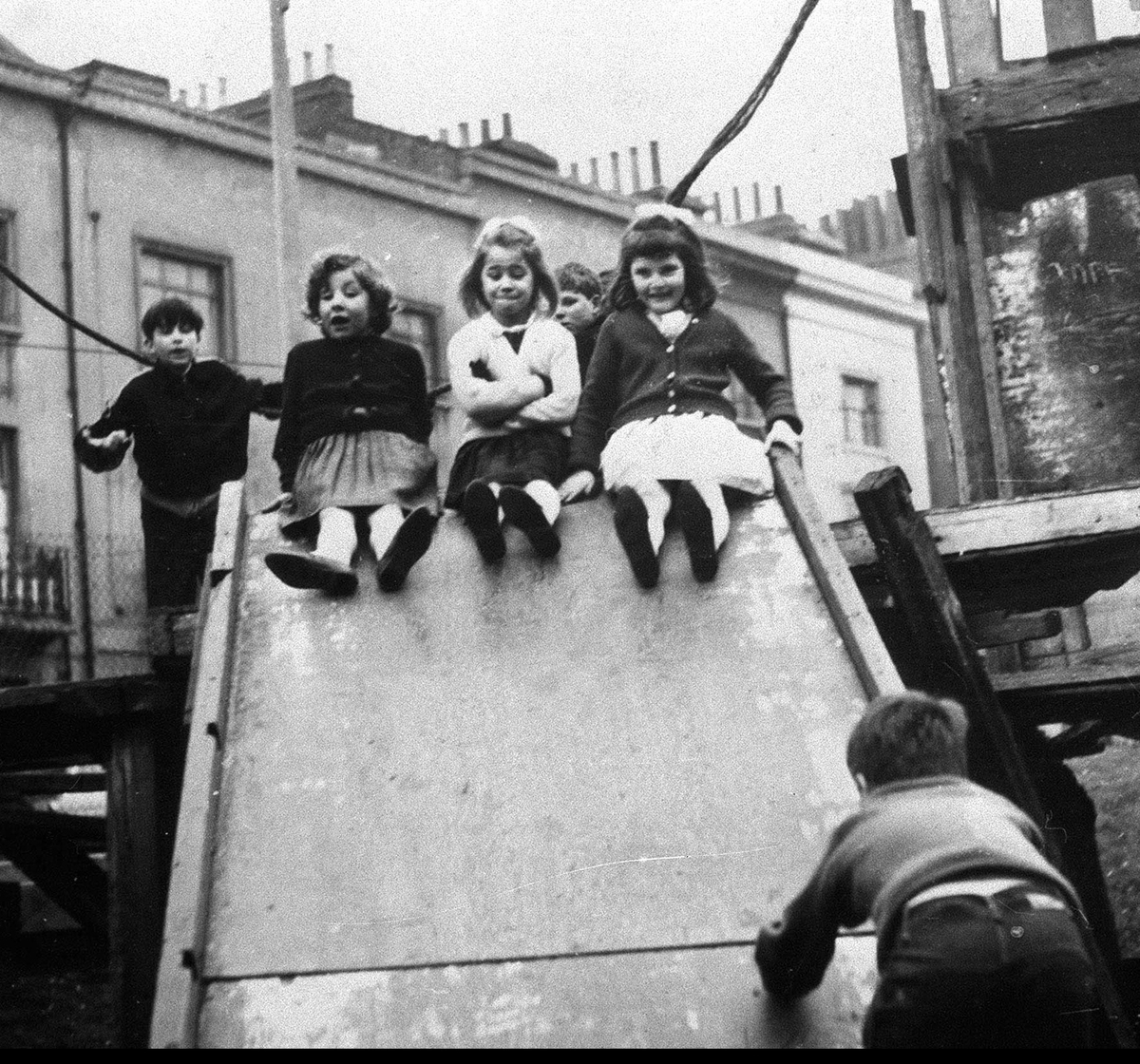 Jackie, Lynn and Sue — pictured here at age 7 — are three of the children featured in the landmark 1964 documentary 7 Up. The series returns this year with 56 Up, checking in with a group of 14 men and women whose lives have been documented since they were kids.

Every seven years since 1964, in what's known as the Up series, Granada Television has caught us up on the lives of 14 everyday people. The subjects of the documentary series were 7 years old when it began; in the latest installment, 56 Up, they are well into middle age.

The original idea behind the series was to examine the realities of the British class system at a time when the culture was experiencing extraordinary upheaval.

"We weren't interested in the personalities so much," says Michael Apted, who was a researcher on the original episode and has directed all the subsequent ones. "We needed children ... who weren't fazed by us, who could speak to us, but we weren't looking for any particular characteristics. We were just interested in their backgrounds.

"[T]he idea was that we would get some 7-year-old children from different backgrounds — from rich backgrounds, from poor backgrounds, from rural backgrounds ... and have them talk about their lives ... and see whether that told us anything. And of course it did, because it was both very funny and also chilling, showing that, in fact, the class system was very active, and that people in certain backgrounds had a real vision of their future, and others really didn't know what day it was."

The breadth of a project like this inevitably translates into a great deal of intimacy between the subjects and the audience. These people have repeatedly shared with millions of strangers some of their most private thoughts on screen. It's not an easy exercise, as one of the subjects — Nick Hitchon — tells Fresh Air's Terry Gross.

Hitchon never watches the films; they make him deeply uncomfortable. While he is happy and willing to be a part of the project because he thinks it's an important exploration of life, "that doesn't change the fact that it's kind of terrifying at times." 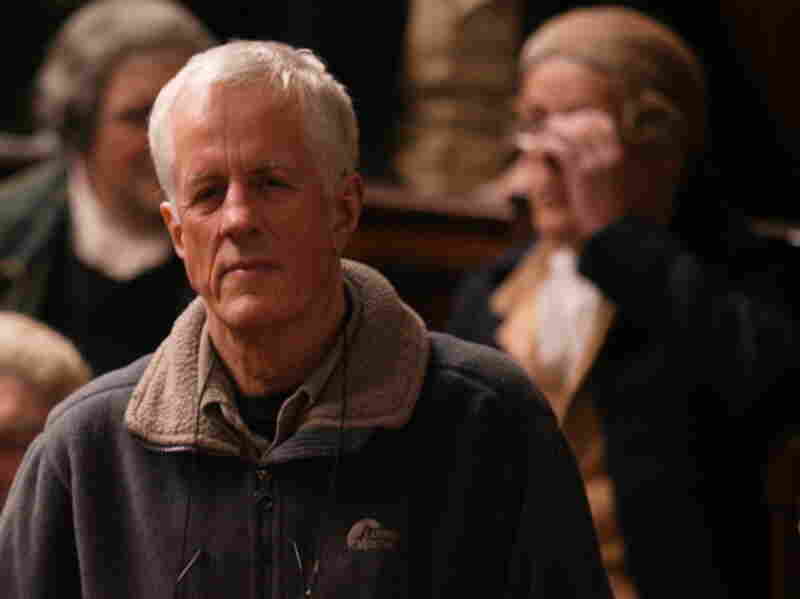 Michael Apted, the director of the Up series, also directed the James Bond film The World Is Not Enough. Murray Close/Bristol Bay Productions, LLC hide caption 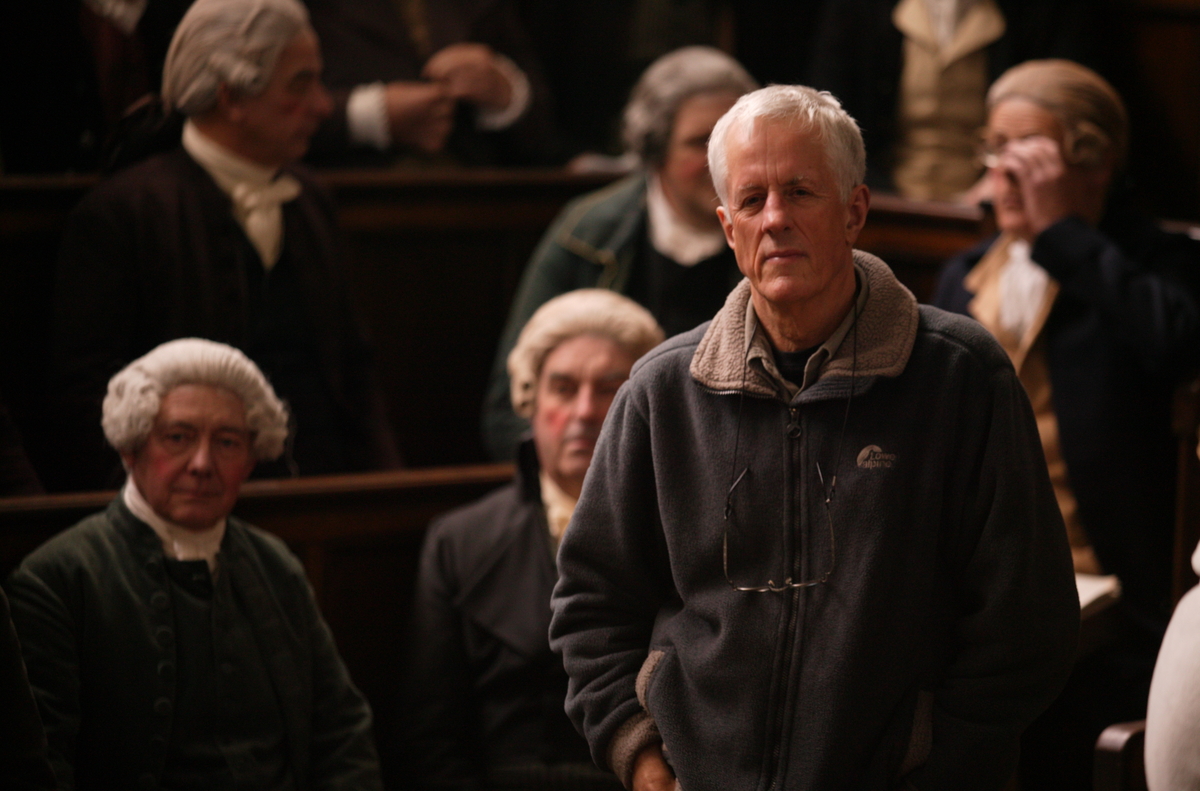 Michael Apted, the director of the Up series, also directed the James Bond film The World Is Not Enough.

The intimacy the audience has come to feel for the subjects of the Up series is inevitably even greater for Apted, for whom these people have become not just subjects, but friends. He was 22 when they were 7 — but the age difference has long since ceased to matter, he says.

Hitchon on why he doesn't watch the Up films

"I don't like the sound of my own voice. I think I look ridiculous, and I just am uncomfortable. ... If I say that I am uncomfortable with this, it doesn't mean that I don't like the project, and it doesn't mean that I am mad at Michael, but I am deeply uncomfortable doing the interviews. I pretend while I'm being interviewed that it's just a chat. I pretend to myself that nobody else is watching, and I don't want that particular bubble burst."

"Actually, no. Some of the people involved do feel that way. I never have. You see, I've been insulated from that because I've always been portrayed as somebody who started out quite disadvantaged, so anything that I did was always, 'Oh, look how clever he was,' you know. 'He came from a background where it was going to be hard for him to get up in the morning.' So, you know, I always look good."

Apted on what this experience has been like for him

'Amazing Grace' And The Power Of Truth

"What can I say? I mean, it's the favorite thing I've ever done, the thing I'm most proud of. It's nerve-wracking, because you think you're always going to blow it and you'll wreck the whole thing. It seems fragile, and I've learned a lot of lessons about it. I've made mistakes on it and had to correct those mistakes. You know, particularly I got into a situation, I think, early on where I became judgmental about people — that if they didn't agree with my standards of success, failure, happiness, whatever, then I would feel they were the lesser for it. And also I try to play God. I try to predict what might happen to people, and sort of set it all up for that. And I did that, and that was an embarrassing mistake. And I think what I've learned all the way through is the less I do, the better."

Apted on what surprised him about 56 Up

"That people seemed happy. I mean, I thought they'd be getting depressed, worried about age, very worried about the economic climate, looking back on their lives, maybe, sometimes with regret. But no. ... What was interesting to me was that a lot of them had found a real kind of comfort in their families and extended families. I was of the belief in my life that you can't have everything.

"I have pursued a career. I was ambitious, and I paid a price for it. I wasn't as good a father or a husband as I should have been, and sometimes I thought, 'Well, maybe that's my way and maybe that's the right way.' But then I saw the payoff, that people who'd put their energies into their families, and their loyalties into their families, that at this age — in their mid-50s, you know — that they got real pleasure and power from it."