Accessibility links
Gun Violence Robs Chicago Mother Of 4th Child Shirley Chambers' first child was murdered about 18 years ago. A few years later, her daughter and son were shot to death. And her remaining son was buried on Monday. Chambers says "We've all got to work together" to stop the violence, but she's not sure new gun restrictions or more police on the streets will make a difference. 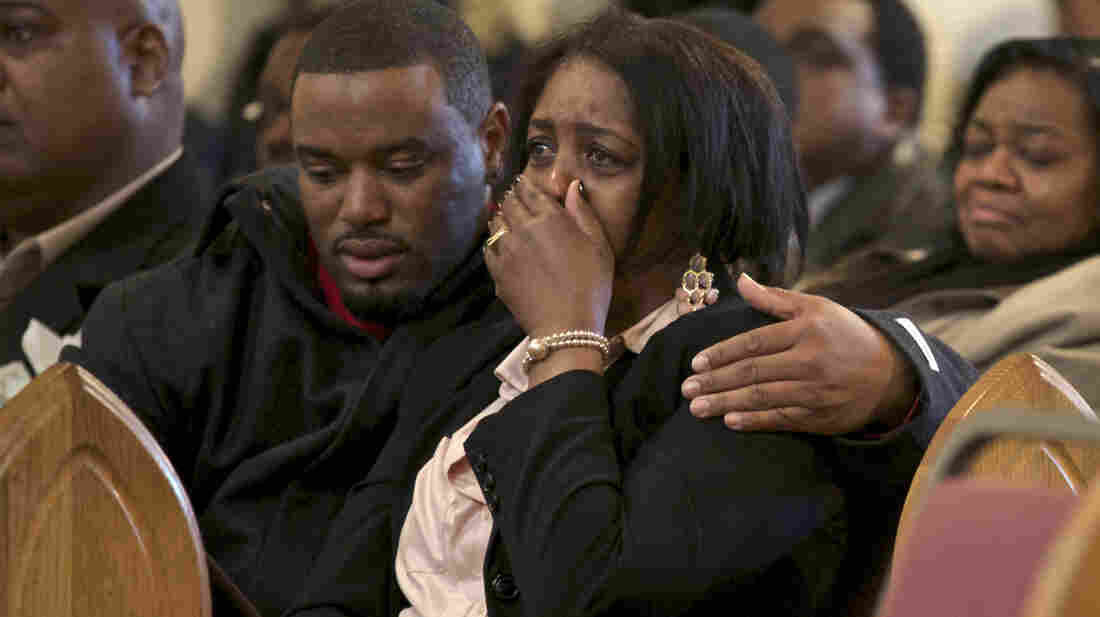 Shirley Chambers cries during Monday's funeral for her son Ronnie Chambers, 33. She had four children, three boys and a girl, all victims of gun violence in Chicago over a period of 18 years. John Gress/Reuters/Landov hide caption 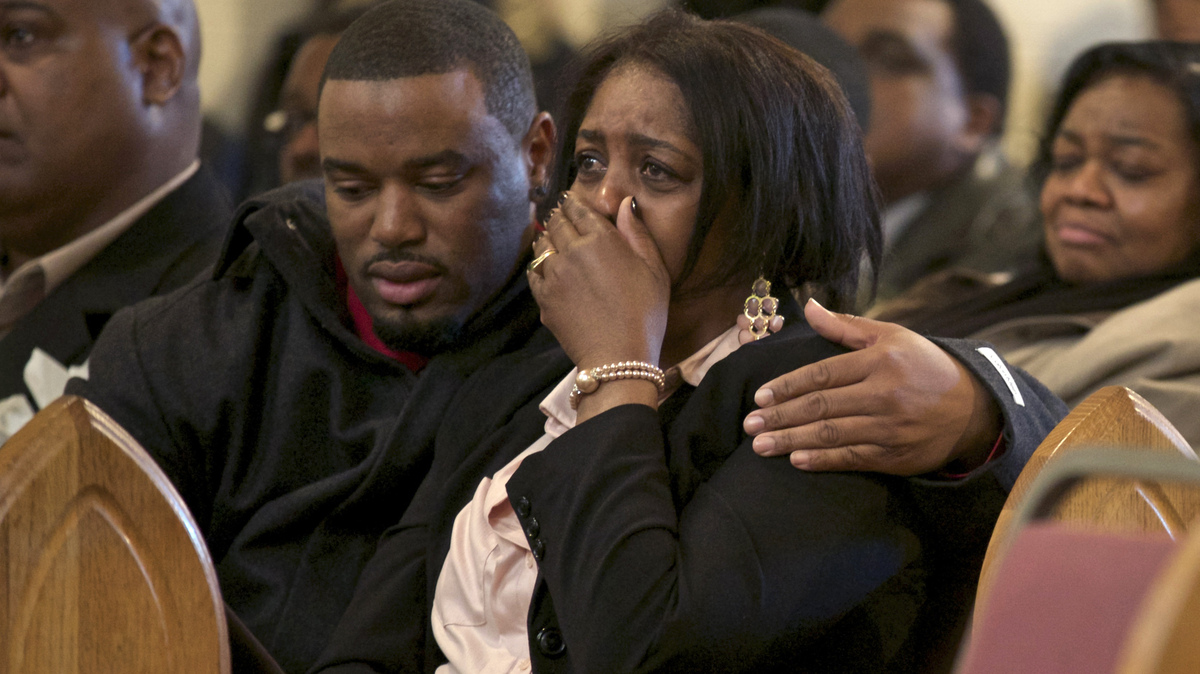 Shirley Chambers cries during Monday's funeral for her son Ronnie Chambers, 33. She had four children, three boys and a girl, all victims of gun violence in Chicago over a period of 18 years.

The gun violence that scars some Chicago neighborhoods has been a plague for one woman. Shirley Chambers first lost a child to gunfire in the mid 1990s. In 2000, a daughter and a son were shot to death just months apart. On Monday, Chambers buried her last child.

Nearly 500 people filled the pews, the choir lofts and hallways of St. Luke Church of God in Christ for the funeral of 33-year-old Ronnie Chambers, an aspiring music producer who died Jan. 26.

When his mother walked up to the casket, she collapsed. Family helped her back to her seat, where she listened as many, including Willie Fleming, stepped forward to eulogize her son.

"He embodied what everybody in this room should be doing: He reached back to help someone else," Fleming said.

Shirley Chambers, 54, works at a popular Chicago hot dog chain. She raised her children in the Cabrini-Green public housing high-rises which have since been torn down. Her son Carlos was 18 when he was shot by a classmate outside school in 1995. Her daughter LaToya was 15 when she was shot in a Cabrini-Green lobby more than a decade ago.

"A little guy was trying to shoot someone else and he shot LaToya, and then a couple of months later Jerome was murdered," Chambers said.

Last December, Ronnie Chambers, whose nickname was Scooby, appeared on Ricki Lake's television talk show. He said he was a former gang member and the murders of his three siblings made him decide to change his life.

"That right there, you know, me in and out of jail, let me know I had to do something different," Chambers said.

Chambers began mentoring young men interested in rapping, working to help them stay away from gangs. His mother, who had been fearful for her son, was ecstatic about his change and his TV debut.

"I started screaming, 'There goes my baby, there goes my baby,' " Chambers said. "I was excited to see him come out there. He looked so sweet, and I was like, 'Ooh, that boy is so smart.' "

A month later, her son was dead — shot in the head while he sat in a car on the city's West Side after returning from an event for the young rapper and gang member who appeared with him on the show.

Chicago saw a flurry of gun-related violence last month, with more than 40 homicides. Police Superintendent Garry McCarthy says his officers are seizing plenty of firearms. He and Mayor Rahm Emanuel recently announced the reassignment of 200 police officers to patrol work.

While President Obama has been traveling across the country pushing for gun-related changes, Shirley Chambers said she just wants a coordinated effort.

Police have made no arrests in her son's murder case, and Chambers said she can't break down because she's lost four children. She said she needs to speak out so no parent will have to experience what she has.