Accessibility links
Tracking Rape In Syria Through Social Media Researchers are using data from Facebook, YouTube, Twitter and other social media sites. There are, however, questions about the accuracy of the reports coming from Syria. 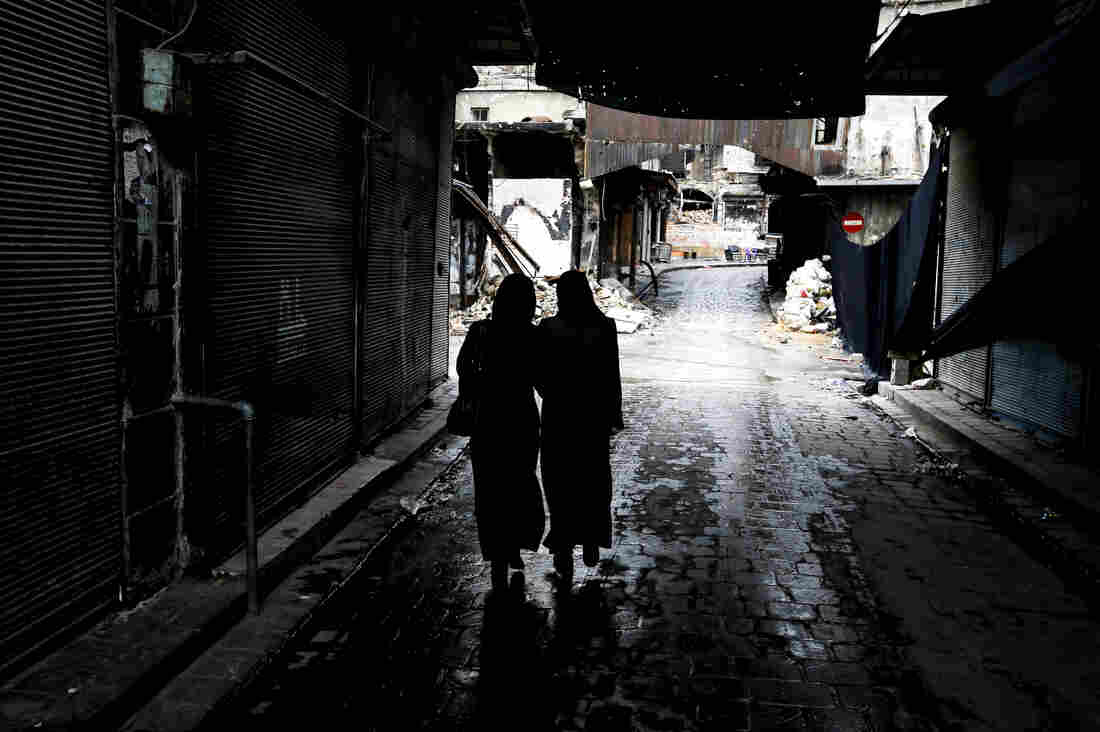 Syrian women walk through a market area in the northern city of Aleppo last November. A new website is documenting the use of rape in the Syrian conflict. John Cantlie/AFP/Getty Images hide caption 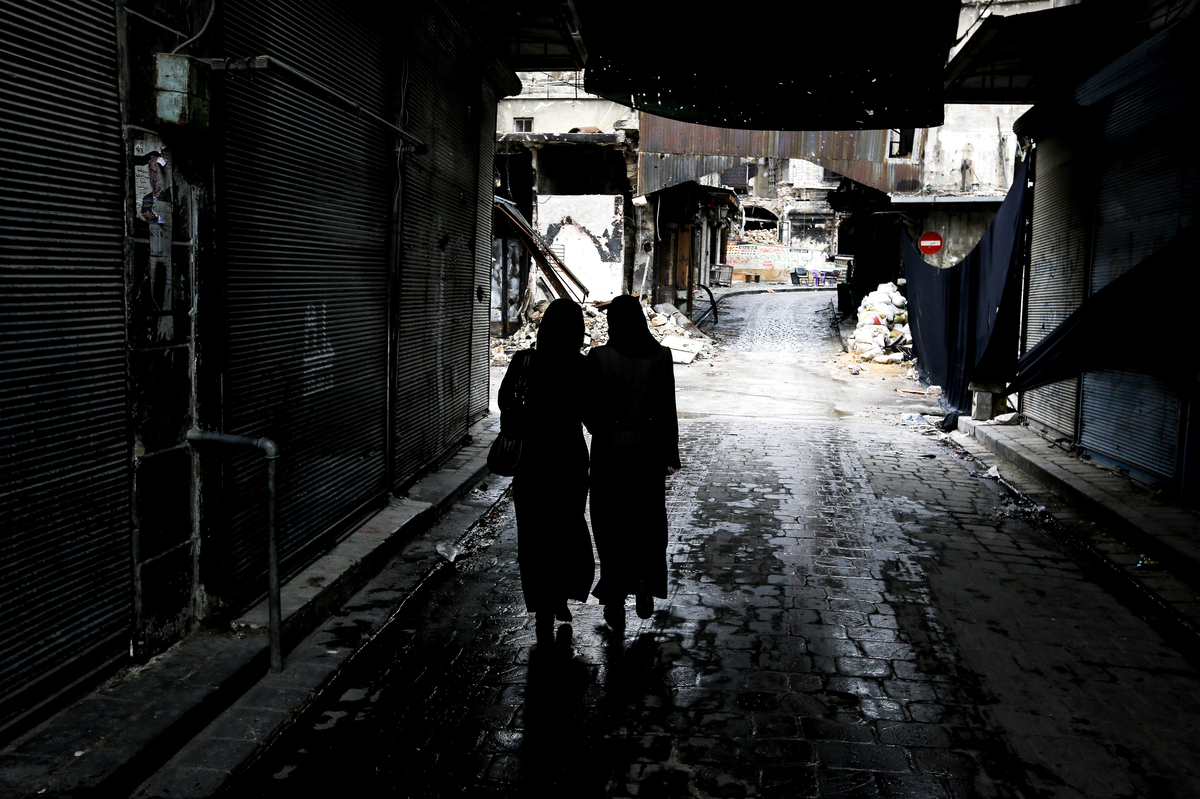 Syrian women walk through a market area in the northern city of Aleppo last November. A new website is documenting the use of rape in the Syrian conflict.

Rape has long been a weapon of war, but documenting sexual violence usually happens after a conflict is over. Researchers are taking a new path with the Syrian conflict: tracking the incidents of rape as they occur.

The Women Under Siege project is live-tracking how sexualized violence is being used in Syria. What's new is the data: information collected through crowdsourcing — reports on Facebook, Twitter and YouTube from inside the country — which is then analyzed by public health researchers at Columbia University.

The project's crowdmap keeps an up-to-date tally in visual form: Incidents of sexual violence are represented by dots on a map — the larger the dot, the more reports of rape.

Graduate student Jackie Blachman-Forshay works with a team of Arabic translators to transcribe the accounts. One account posted online is from a rape victim who tells of coming home and being attacked by five Syrian soldiers while her son was forced to watch.

In another example, a former soldier says he raped women in custody. He says he received orders from an army general to rape women, which he did, along with three other men, at a university in the northern city of Aleppo.

Every report is coded by perpetrator and date, and mapped by location.

"At this point I've watched anything that has to do with rape in Syria," Blachman-Forshay says. "If it's on YouTube, I've seen [it]."

Syrian Children Are Being Killed, Tortured And Used As Shields, U.N. Says

In War Zones, Rape Is A Powerful Weapon

It's part of the detailed research for the Women Under Siege project, which is led by director Lauren Wolfe and is part of the New York-based Women's Media Center.

Karestan Koenen, an associate professor of epidemiology at Columbia, describes the work of "engaging with this incredibly traumatic material" as "heartbreaking."

Koenen joined the project to add academic standards. Even so, she is challenging traditional public health research methods, "pushing boundaries" by using crowdsourcing to document a crisis happening now, rather than waiting to interview the victims.

"Because waiting until after a conflict is over to collect this data has all kinds of problems, including the fact that we know many of the victims will be dead and never have the opportunity to speak," she says.

Koenen says she believes it's the first conflict in which this data has been collected in real time.

John Page, a self-described number cruncher, is another team member who plays an important role. Page works for a high-tech company in Virginia, but volunteers his expertise for Women Under Siege.

On a recent day, he discusses his most recent findings with Koenen and Blachman-Forshay, looking at the potential targeting of women and how it might vary by area and by cause.

Page also analyzes data for a website called Syria Tracker, a crowdmap that documents deaths in the country. He has noted places where women have accounted for many of the deaths, and that's a signal to check the database to see if there's a correlation.

Koenen has already drawn some conclusions: Sexual violence is widespread in Syria, and the victims are not only women.

In the refugee camps across Syria's borders, the harrowing accounts of women and girls echo those findings. The majority cite sexual violence as the reason for fleeing the country.

But even so, a precise accounting is still not possible. The social stigma for acknowledging rape is too great in the conservative Arab culture.

Lucas Dixon, a research fellow at the University of Edinburgh who studies social media, says using crowdsourced data is still controversial, raising questions such as how to verify sources and how to ensure a representative sample.

But still, there is value in the data.

"This is what is really new in terms of the story that can be told by crowdsourcing: It can give you the overview picture, it can connect the dots, it can then inform you in ways that weren't possible before," Dixon says.

Projects like Women Under Siege are breaking new ground, he says, changing what we can know and how quickly we can know it.