Accessibility links
How The Labor Movement Did A 180 On Immigration The AFL-CIO is among the groups leading the charge for an overhaul of the nation's immigration laws. But it wasn't long ago that unions viewed illegal workers in the U.S. as a threat and fought against proposals that would allow them to become citizens. 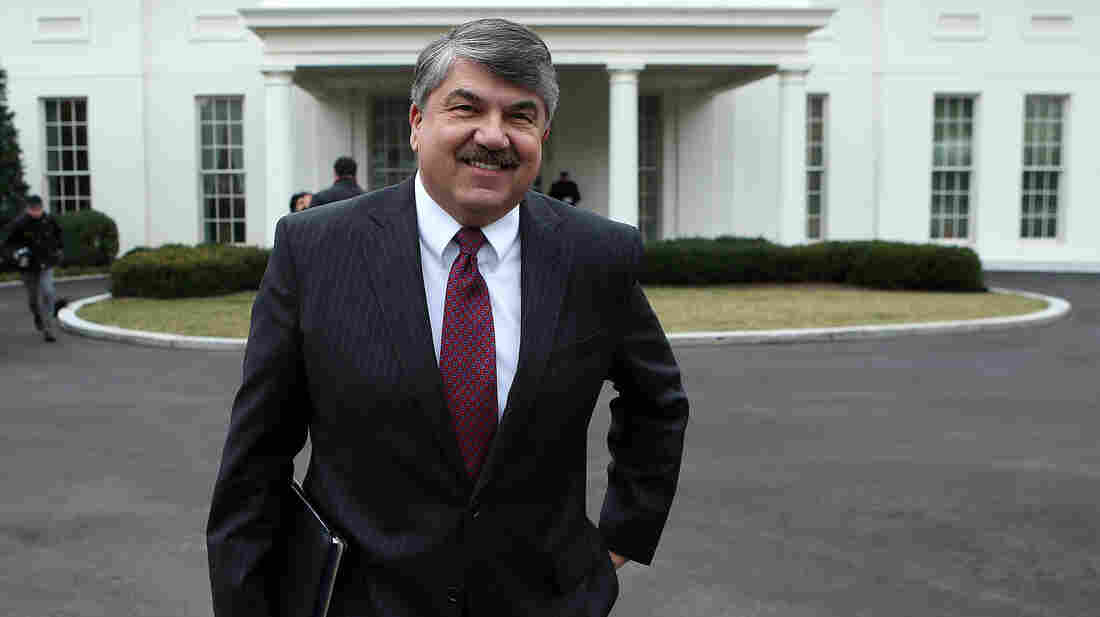 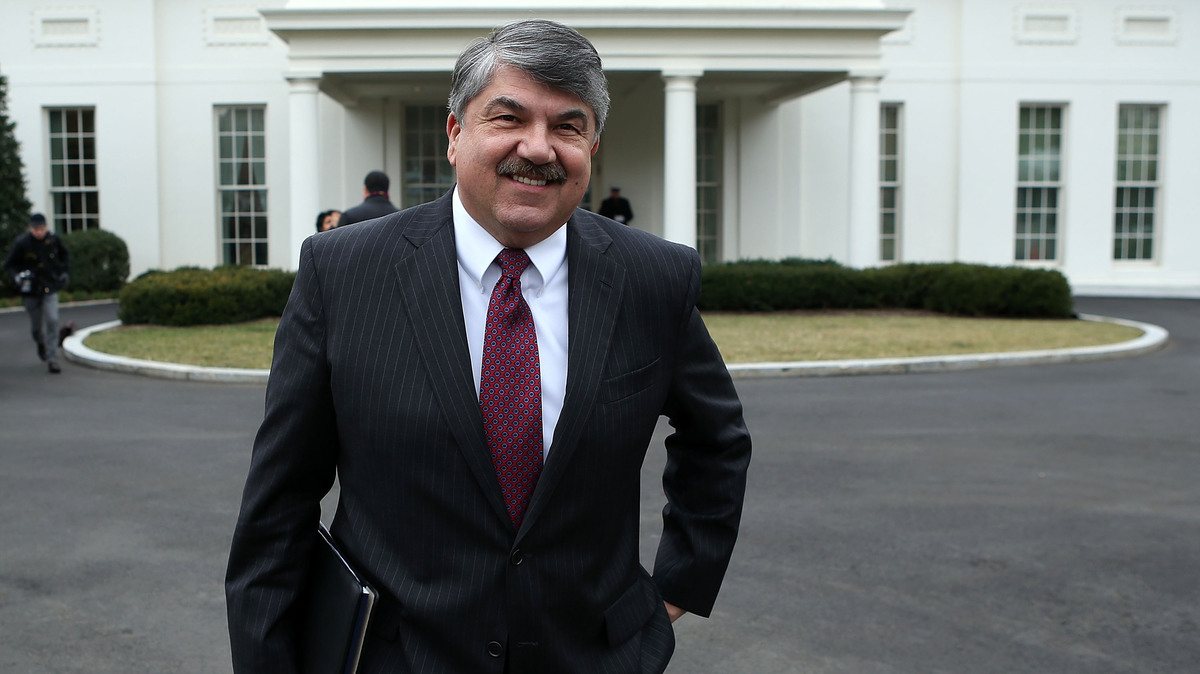 AFL-CIO President Richard Trumka leaves the White House on Tuesday after meeting with President Obama to discuss immigration policy and other issues.

The AFL-CIO begins a big push this week to build momentum for comprehensive changes to the nation's immigration laws.

But it wasn't long ago that organized labor viewed illegal workers in the U.S. as a threat — and fought against proposals that would lead to citizenship.

Richard Trumka, president of the AFL-CIO, referenced the labor movement's history with the immigration issue in a YouTube message to members late last year.

"I want to talk to you about a topic that hasn't always been an easy one for our movement," Trumka said, "but it's one that's key to restoring the middle class and growing the economic power of working people. That's immigration."

To say immigration hasn't been an easy topic for labor is an understatement.

For decades, labor saw illegal workers as the enemy. The AFL-CIO wanted them kept out, believing that an expansion of the available pool of workers was bad for unions. The low wages that undocumented immigrants earned made it even worse. This was the labor federation's official position for decades and through the 1990s, says labor analyst Harley Shaiken.

"This was a time where labor had gone through decades of being buffeted, sometimes slammed by forces of globalization. So the fear was, 'How do we preserve what we fought so hard with such sacrifice to get in the first place?' " says Shaiken.

Shaiken says labor's response was predictable: to circle the wagons. "But that's not a tenable position," says Shaiken. "That just results in further shrinkage."

That position changed abruptly in 2000 when the executive council of the AFL-CIO voted to reverse itself, calling for undocumented immigrants to be granted citizenship. It was the result of years of internal pressure from unions representing service workers, a large number of whom were Latino.

At the time, Ana Avendano was with the United Food and Commercial Workers. Unions like hers argued that existing immigration policy allowed employers to take advantage of such workers, she says. It was a union-busting tool.

"It was another way for employers to just strip workers of their rights," says Avendano. "In other words, that whenever a worker complained about not being paid their wages, or complained of sexual harassment or tried to form a union, all the employer had to do was call immigration, and they could deport away their problem."

For the unions to represent their membership at some level, they have to be sensitive to the family concerns that drive support for legalization.

Louis DeSipio of the University of California, Irvine

Avendano is now with the AFL-CIO. She says that day in 2000 was historic because the organization recognized the struggles of illegal workers, making their cause the AFL-CIO's cause.

Louis DeSipio, a professor of Chicano/Latino studies at the University of California, Irvine, says the AFL-CIO had its eye on potential new members, and that the move was a recognition of changing national and union demographics.

"The fastest growing unions have been the service sector unions, and those are overwhelmingly made up of immigrants and then family members of immigrants," says DeSipio. "So, you know, for the unions to represent their membership at some level, they have to be sensitive to the family concerns that drive support for legalization."

Before 2000, both parties were divided on immigration. Democrats had ethnic interest groups on one side and unions on the other, while Republicans were divided between social conservatives and business interests. The union shift united Democrats and gave labor more clout.

For Republicans, the internal fight over immigration continues. This has put the Democrats well ahead of the GOP on this issue at a time when Latino voters are growing in numbers and power.