Accessibility links
Why Is It So Hard To Make A 100 Percent American Hand Dryer? The Xlerator high-speed hand dryer is made almost entirely of U.S.-made parts and manufactured by a small workforce in Massachusetts. But its motor, like almost all nonindustrial motors, is made in Asia — meaning it's very difficult for small manufactured goods to be entirely American made. 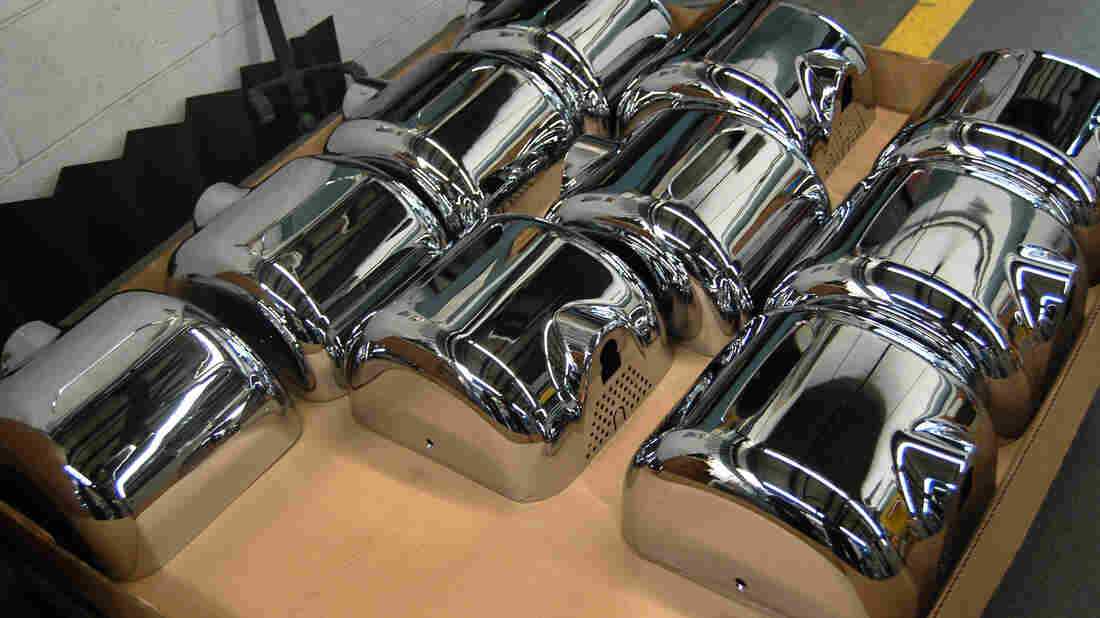 The Xlerator hand dryer is made almost entirely of American components and assembled in Massachusetts. But the company's owner says it's simply not cost-effective to use an American-made motor. Andrea Hsu/NPR hide caption 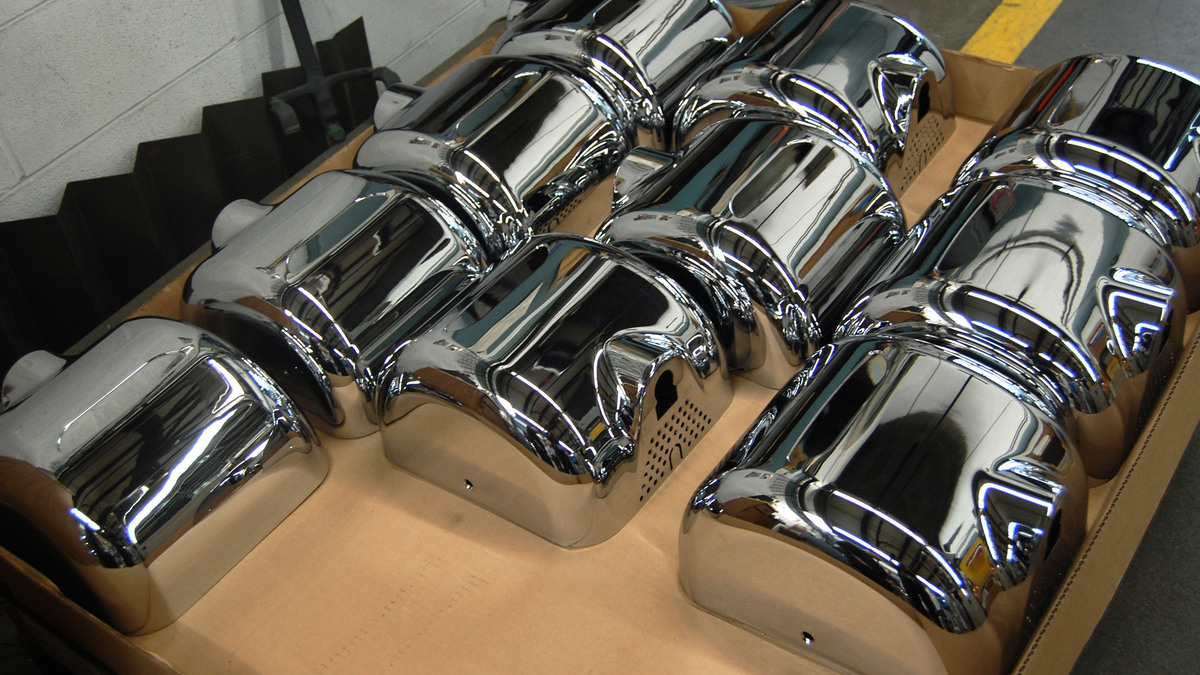 The Xlerator hand dryer is made almost entirely of American components and assembled in Massachusetts. But the company's owner says it's simply not cost-effective to use an American-made motor.

Fifteen years ago, Denis Gagnon bought a company that made a product nobody really liked: hand dryers. But he quickly managed to turn Massachusetts-based Excel Dryer into an innovator with the Xlerator — a high-speed dryer that cut drying time from more than 30 seconds to less than 15.

The Xlerator, assembled at a plant in East Longmeadow, is "Made in USA Certified" — meaning at least 75 percent of the product is made of U.S. content. The foundries that cast most of its metal components are American, and the control boards are assembled locally. Excel polishes and electroplates the dryer covers in-house, and, in teams of four, builds the components into a working dryer.

Today, Excel Dryer has 12 times the sales revenue it had in its pre-Xlerator days. It's kept 38 manufacturing jobs in the U.S. through some creative research and development, including a shop of retired MIT scientists who have invented things like an emergency flashlight, an automated shower and even a putter with an enlarged sweet spot.

So why is the motor inside the Xlerator — part of that remaining 25 percent — not made in the U.S.? Why does it come from a company in Hong Kong? 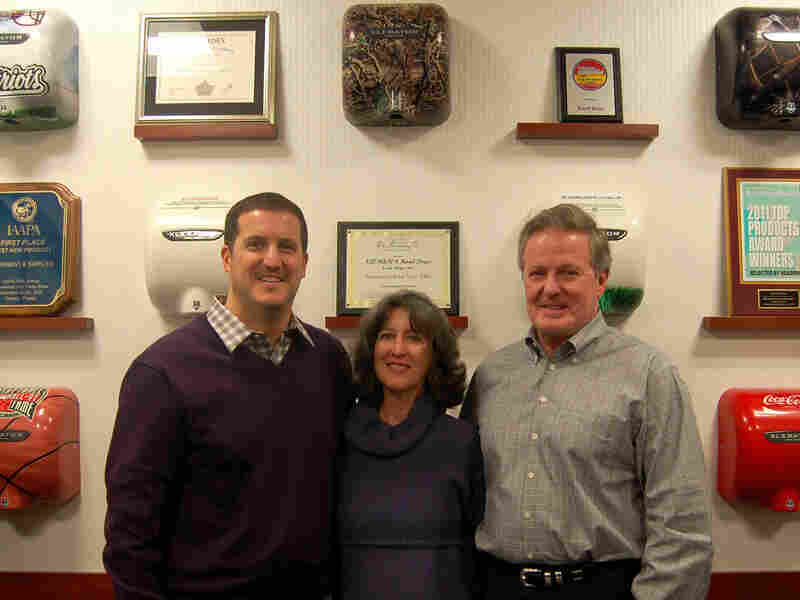 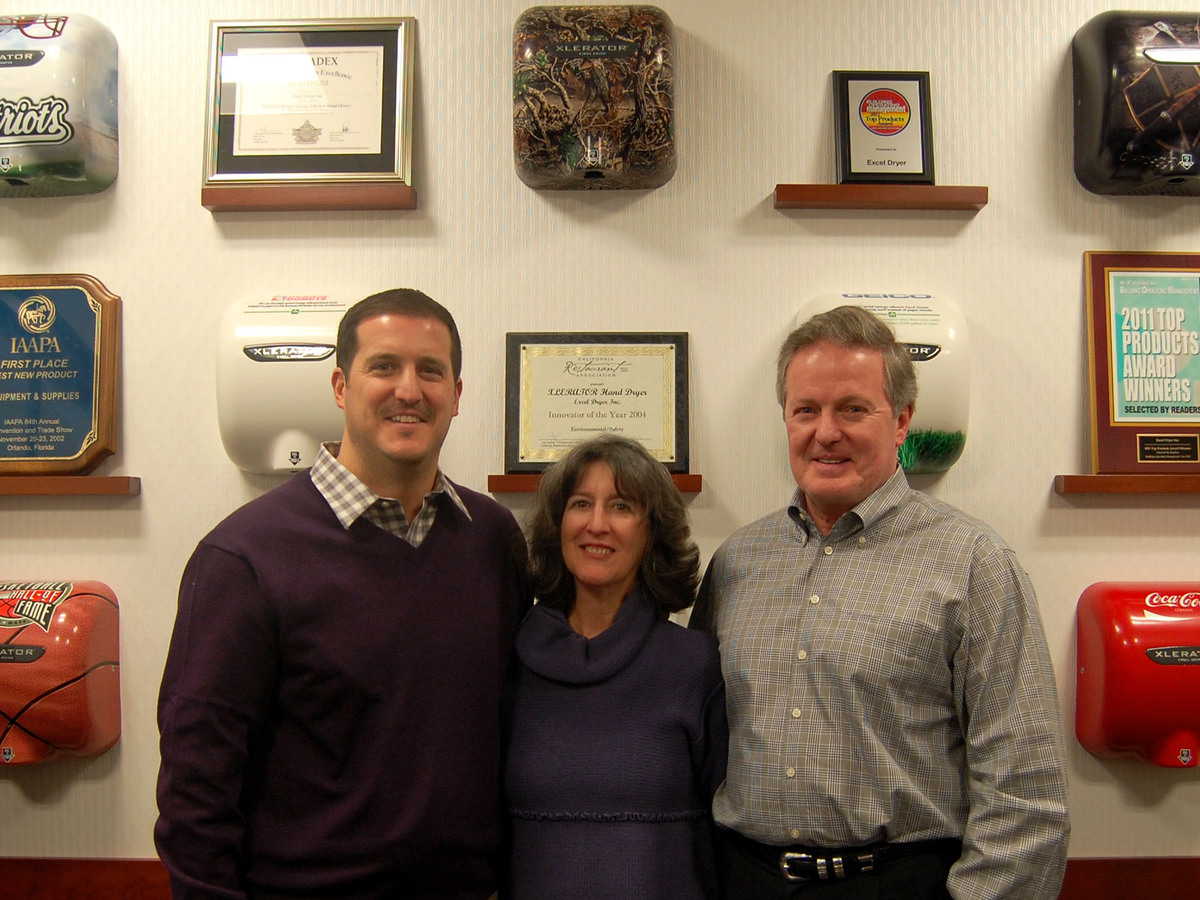 "What we need to do to be cost effective is to source a motor that's used in more than one industry, and then tailor-make a couple adjustments to make it fit our product," Gagnon tells All Things Considered host Robert Siegel. "That's the only way we can cost effectively do it."

The company that makes the Xlerator's motor, Johnson Electric, has a very American-sounding name and an office in Shelton, Conn. But it's very much an Asian company that's traded on the Hong Kong Stock Exchange. And in the world of small motors, it is a big, big player.

As a small business, Gagnon says his best deal was getting Johnson Electric to adapt one of its many motors to the Xlerator's specs.

"Tooling up a special motor for Xlerator, when we didn't know if we even had a product, was kinda out of the question at the time," Gagnon says. "We settled in on a high-volume motor that they could make some adaptations to. And frankly, that turned out to be good decision."

Johnson Electric is one of two major players in nonindustrial motors, along with a Japan-based company, says Alex Chausovsky, who follows motors for the market intelligence firm IHS.

Almost all the small motors in virtually every motor-powered consumer product come from the region, he says — from the vibration motors in cellphones to hair dryers and microwaves.

Johnson Electric and its major competitor, Japan's Mabuchi, can keep their products inexpensive in large part because of economies of scale. Both companies, Chausovsky says, "make in excess of a million motors per day."

Low labor costs in Asia are also a critical factor, Chausovsky says, although they're not as low as they were five or 10 years ago. And as those costs have grown — particularly in China — this type of manufacturing has begun to spread to places like Mexico, Poland and the Czech Republic.

"But the fact that many years ago labor costs were significantly lower allowed them to establish those economies of scale," he says — meaning it still makes sense for the bulk of small-motor manufacturing to continue in Asia, at least for now.

Back at Excel Dryer, Gagnon says whatever greater savings his company might enjoy by manufacturing the entire Xlerator overseas, it's not a choice he's willing to make.

"[It will] never happen on my watch. I've expanded this facility twice; I have no intention of ever relocating the manufacturing offshore," he says. "We'll be smart enough to make it here in the United States."