Accessibility links
Puerto Rico's Battered Economy: The Greece Of The Caribbean? With the highest unemployment rate in the U.S. and a mountain of debt, the island is facing a declining population. But those who stay insist they're there for the long haul.

Puerto Rico's population is declining. Faced with a deteriorating economy, increased poverty and a swelling crime rate, many citizens are fleeing the island for the U.S. mainland. In a four-part series, Morning Edition explores this phenomenon, and how Puerto Rico's troubles are affecting its people and other Americans in unexpected ways.

Edward Bonet's mom no longer tries to convince him to join her in Florida. Unlike his family, the 23-year-old from Puerto Rico refuses to leave the island and its shattered economy. 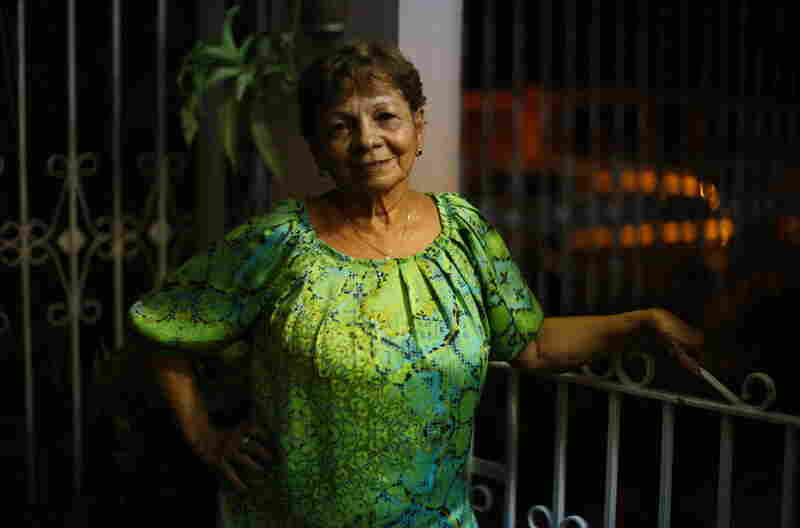 Genoveva "Veva" Camacho raised her family in Puerto Rico, and still lives in the town of Cabo Rojo with her grandson, Edward. Her daughters and granddaughter moved to Florida in search of a better life. Coburn Dukehart/NPR hide caption 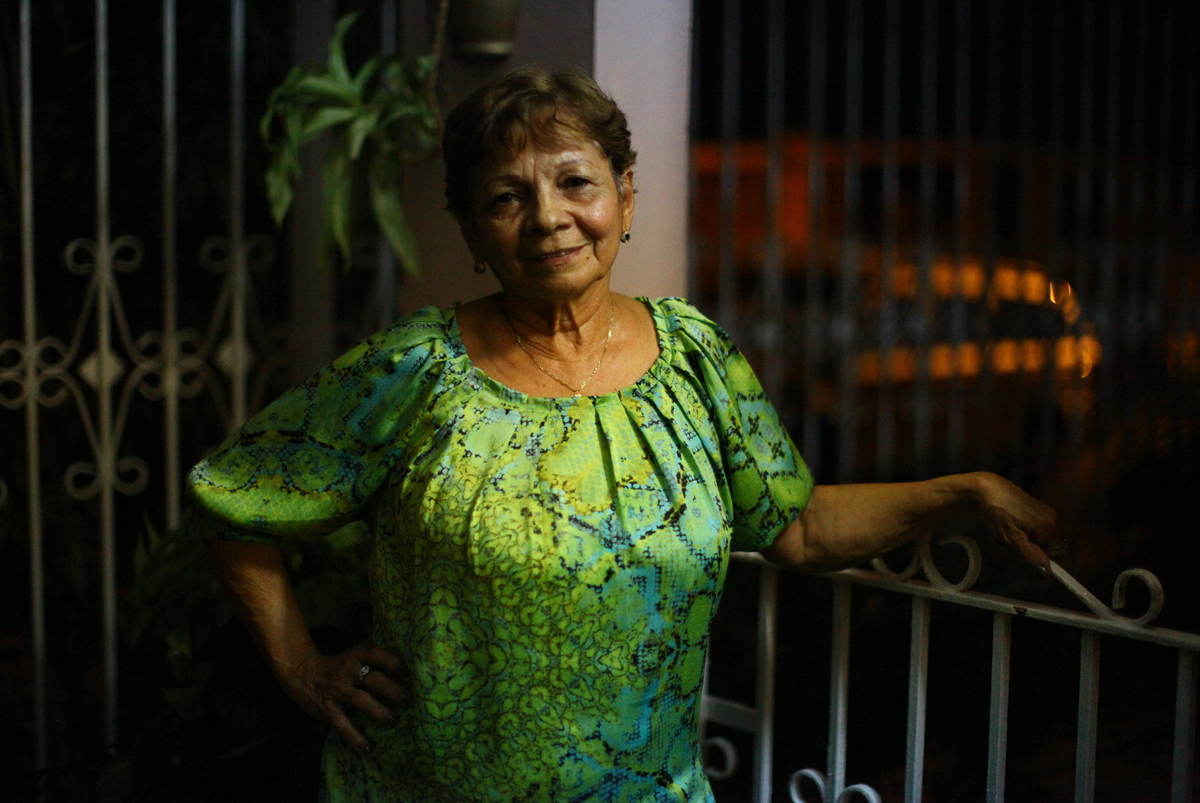 Genoveva "Veva" Camacho raised her family in Puerto Rico, and still lives in the town of Cabo Rojo with her grandson, Edward. Her daughters and granddaughter moved to Florida in search of a better life.

With Puerto Rico's unemployment rate at 14 percent, many former residents like Edward's mom, Arlene Bonet, have left the island's economic and social troubles for better opportunities on the U.S. mainland.

"What kind of life can I give my grandchildren in the future if Puerto Rico, instead of going up, is going down?" says Arlene, who left after her real estate business died.

On the island, Edward works as a scuba instructor, trying to make a living for himself. Like many other young Puerto Ricans, he started college but couldn't afford to finish.

And though he briefly lived in Florida as a kid with his mom, Edward says he doesn't want to go back because it seems foreign. Puerto Rico may be a U.S. territory, but the move would feel like going to a new country as an immigrant, he says.

"In the U.S., at school we had to sing the national 'Star-Spangled Banner' every morning," he recalls. "And here, most schools don't do that at all."

A Love For The Island

One member of his ever-shrinking family still on the island is his grandmother, Genoveva Camacho, 74. He lives with her near the city of Cabo Rojo.

"My grandma, oh, she's great," Edward says when describing her. "She parties more than I do."

On a warm, breezy night, he sits with her on their patio listening to the chirps of coquis, or small frogs — a symbol of Puerto Rico.

Camacho is full of pride. She says she loves her island and used to go dancing with friends about every night. But today, she worries about escalating crime and paying her bills.

Her daughter, Arlene, urges Camacho to join her in Florida, but she insists she won't leave until she gets older. Then "save a room for me," Camacho tells her daughter when they speak on the phone.

As she talks about her daughter, Camacho chokes up until Edward dances with her under the porch light.

The failing economy may not be enough to keep Edward and his grandmother off the island, but it's a predicament that economists mull over time and again.

Rosario Rivera, an economics professor at the University of Puerto Rico, uses the phrase "informal economy" to diagnose some of the challenges facing the island.

At the Rio Piedras market in San Juan, Rivera picks up a juicy, sweet fruit for 25 cents, from a man with a shopping cart.

"That orange ... goes to the informal economy," Rivera explains.

Because those tax-free purchases are repeated so often, Rivera says the government is missing the chance to tax billions of dollars of income each year. Like many Caribbean islands, Puerto Rico has little industry of its own — and when times are bad, they struggle even more than other places to create jobs.

"There is a problem deep inside the economic structure, that you cannot create jobs," Rivera explains. "You cannot create productive activity, so you just have to rely on economic activity from abroad."

Around the market, men and women sell ice cream, discounted jewelry, perfumes and purses — yet most of the goods are imported and not made by anyone on the island. After a six-year recession, Puerto Rico is buried in debt.

"They have compared us to Greece a lot of times," Rivera says. "Especially since Greece had a lot of debt, and they had to take these austerity measures. Even if we are part of the United States, we have a lot of problems that resemble those countries that we look at with such disdain."

Puerto Rico has been through austerity and made tough decisions: It's cut government jobs, privatized a couple of highways, and is in the process of privatizing the international airport.

But unlike the case of Greece, the economic mess is on America's hands.

For U.S. citizens on the mainland who have a 401(k) account or pension for retirement, it's possible that they have money invested in Puerto Rican bonds, which are now no longer worth much. So citizens in the states could feel the pain if Puerto Rico's economy collapses.

At the moment, though, Puerto Ricans left on the island are bearing the brunt of the economy, where fewer services and resources are available to people than before. With many educated people leaving the island, Rivera admits she's thought of moving to the mainland — but she won't do it.