Accessibility links
Interview: Lawrence Wright, Author Of 'Going Clear: Scientology, Hollywood And The Prison Of Belief' Journalist Lawrence Wright's new book, Going Clear, is a penetrating look at Scientology and its famous practitioners. The book centers on Crash and Million Dollar Baby screenwriter Paul Haggis, who famously left the church over its support for an anti-gay marriage initiative in California. 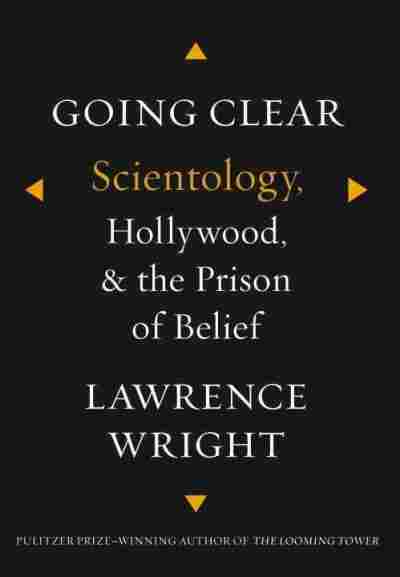 In the 1970s, a young man named Paul Haggis was walking down a street in Ontario, Canada. He encountered a man peddling a book.

"And he handed the book to Paul, and he said, 'You've got a mind — this is the owner's manual,' " journalist Lawrence Wright tells NPR's Steve Inskeep. "And inside, there was a stamp saying 'Church of Scientology,' and Paul was intrigued, and he said, 'Take me there.' " Haggis soon became a member of the Church of Scientology — and he's a central character in Wright's new book, Going Clear: Scientology, Hollywood and the Prison of Belief.

Haggis moved to Hollywood, where the church's deep penetration of the movie industry helped his career as a screenwriter. Eventually he went on to win Oscars for Crash and Million Dollar Baby.

He also advanced in the church. He contributed to it, publicly defended it — and was finally allowed to read some of its deepest secrets. And he told Wright about a disturbing experience: He was admitted to a special, tightly secured room to read top-secret pages by L. Ron Hubbard, the science-fiction writer who founded the church. "And in there, he talks about Xenu, the galactic overlord who at one point had ruled the universe," Wright says. "It was a universe actually very similar to ours but very overcrowded, and Xenu had to 'depopulate' the universe, so he brought in a number of people, ostensibly for tax audits, and froze them."

Haggis found this story of the universe to be "madness" — his word — but stayed in the Church of Scientology for years before finally leaving. The mystery of why so many people remain in the church was a major question that drove Wright to write his book.

"Going clear" refers to a stage of spiritual development in Scientology: Those who are Clear have freed themselves from "engrams," subconscious memories of past trauma. But to become Clear, a Scientologist must go through many therapy sessions, called "auditing."

Lawrence Wright is a staff writer at The New Yorker and a recipient of the Pulitzer Prize. He lives in Austin, Texas. Kenny Braun/Courtesy Knopf hide caption

Lawrence Wright is a staff writer at The New Yorker and a recipient of the Pulitzer Prize. He lives in Austin, Texas.

"Between you and your auditor, there's a device," Wright says. "It's called an e-meter, and it's really one-third of a lie detector. You hold two metal cans in your hand, so imagine that you're with your therapist, but there's a lie detector."

Scientologists say the e-meter can measure the mass of your thoughts — and, says Wright, if you believe in the technology, outside criticisms of the religion aren't going to bother you, because auditing can be a transformative experience.

If that sounds like brainwashing, Wright says, there are indeed forms of what he calls "thought control" in Scientology, particularly within the clergy. "It's called the Sea Org, and many of them live inside a compound in Southern California, in the desert," he says. "The world outside is not very well-known to them. They've set aside their education, they're impoverished by their service, many of them have all their family members inside Scientology, and if they were to try to leave, no one in Scientology would ever speak to them again."

Sea Org members are also billed for "services rendered," Wright continues, an amount that can run into hundreds of thousands of dollars. "And if they decide to run away, usually, there's a team that goes after them and tracks them down and brings them back." Escapees, he adds, can be confined involuntarily in re-education camps, sometimes for years on end.

The FBI began to investigate and raid Scientology properties in the 1970s after allegations that the church was illicitly gathering information on people. Agents discovered one of the re-education camps, where dozens of people were being held and punished — but none of those people took the chance to escape or report on church practices. "It's their belief, their own will that holds people in Scientology, even oftentimes when they have been abused," Wright says.

Paul Haggis was never quite that fervent a believer — but he stayed, even though he found the story of Xenu to be "madness."

"He was glued into the community," Wright says. "His family was all deeply involved in it, it had helped him in his career. He felt that some of what they call 'technology' in Scientology, which is its approach to human behavior, had been helpful to him. And there was not a triggering event."

Not, that is, until Scientology threw its weight behind Proposition 8, California's attempt to ban gay marriage. Haggis has two gay daughters, Wright says, and one of them discovered that a Scientology church had signed a petition in support of the proposition. "And that enraged Paul, and he demanded that the church renounce it, and they wouldn't, and so he began an investigation," Wright says.

Scientology assiduously courts celebrities — and Haggis was the first celebrity to look into what outsiders were saying about the church, and the allegations of abuse that had surrounded it for years. Wright says Haggis was shocked, "and he decided he was going to leave, and leave noisily, as he said, sending an email to about 20 of his Scientology friends, with his resignation."

The church can ill afford to lose members, especially members as prominent as Haggis. While it pulls in large dollar amounts, Wright says Scientology is poor in members. "I think they're hemorrhaging members," he says. "Certainly, I've talked to a lot of former members who say they've left the church recently."

"Certainly, the two things Scientology has on its side are money and lawyers," he says of the notoriously lawsuit-happy church, "but those qualities won't save it if it can't find a way to bring new members into the fold."

Is Wright afraid of Scientology's fearsome legal reputation? "We've had a lot of letters from lawyers," he says. "But I went into this with my eyes open. I've been careful. I've done what I can to query the church about factual matters. It's been a very difficult relationship with them, often very hostile in tone on their part, but the thing is, it's an irresistible story, and for someone like me, the risk was worth it."

Read an excerpt of Going Clear