Accessibility links
As Drought Intensifies, 2 States Dig In Over Water War The Republican River is crucial to the agricultural economy of several states in the West and Great Plains. But as a drought drags on, Kansas says Nebraska farmers have been taking more than their fair share of the river — and have asked the Supreme Court to weigh in. 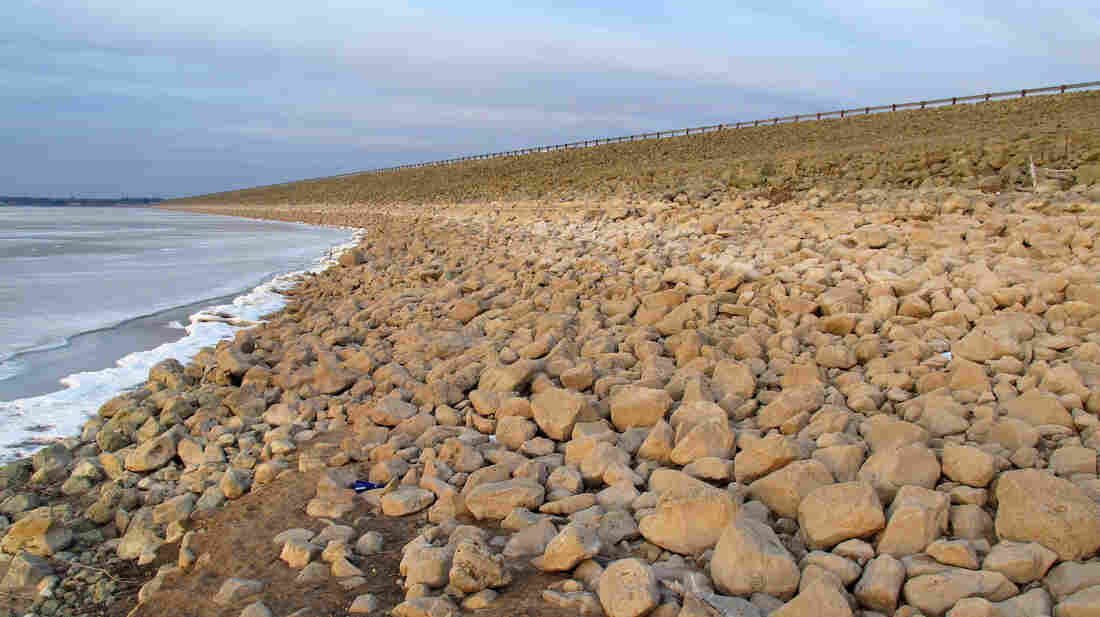 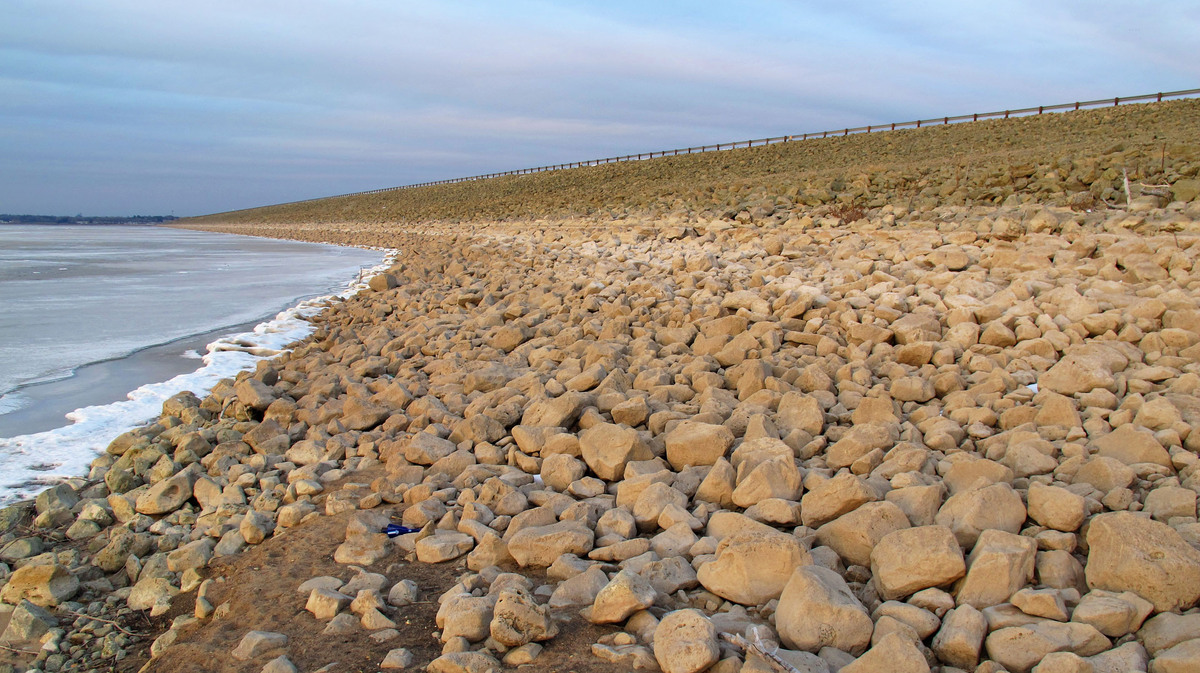 Epic water battles are the stuff of history and legend, especially in the West. And as a severe drought drags on in the Midwest, a water war is being waged over a river that irrigates agriculture in Colorado, Nebraska and Kansas.

It's that last border crossing where this water war is under way. Kansas has gone to the Supreme Court to argue that Nebraska uses too much water from the Republican River, and that there's not enough left for Kansas farmers.

In Clifton, Kan., on the short end of the river, farmer Mark Taddiken is worried about having a short supply of water. He wears heavy canvas overalls on a cold, gray morning as he stands in his field with black cattle chewing yellow cornstalks. He's measuring the charge of the electric fence that keeps the cattle from roaming away.

Like the nearby Republican River, the fence isn't worth much if there's no current.

Three-quarters of Taddiken's farmland in north-central Kansas is irrigated with center pivots — tall sprinkler systems that irrigate in circles in fields of corn and soybeans. If the river stays low, like it is now, Kansas law limits Taddiken to a third of his normal irrigation plan, limiting what he can grow. He estimates he could lose $500 per acre from reduced yields.

"We're standing out here under this pivot right now that covers 120 acres," he says. "That restriction on that one well alone would be around $60,000." 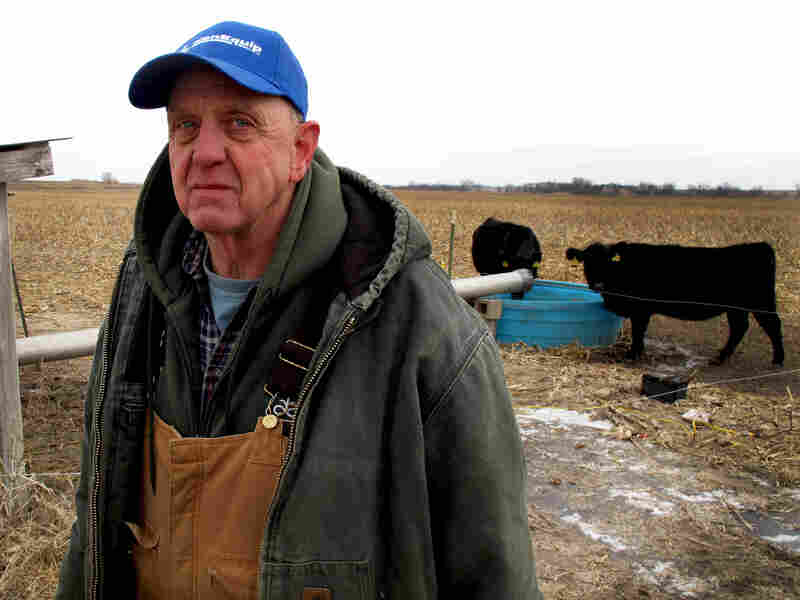 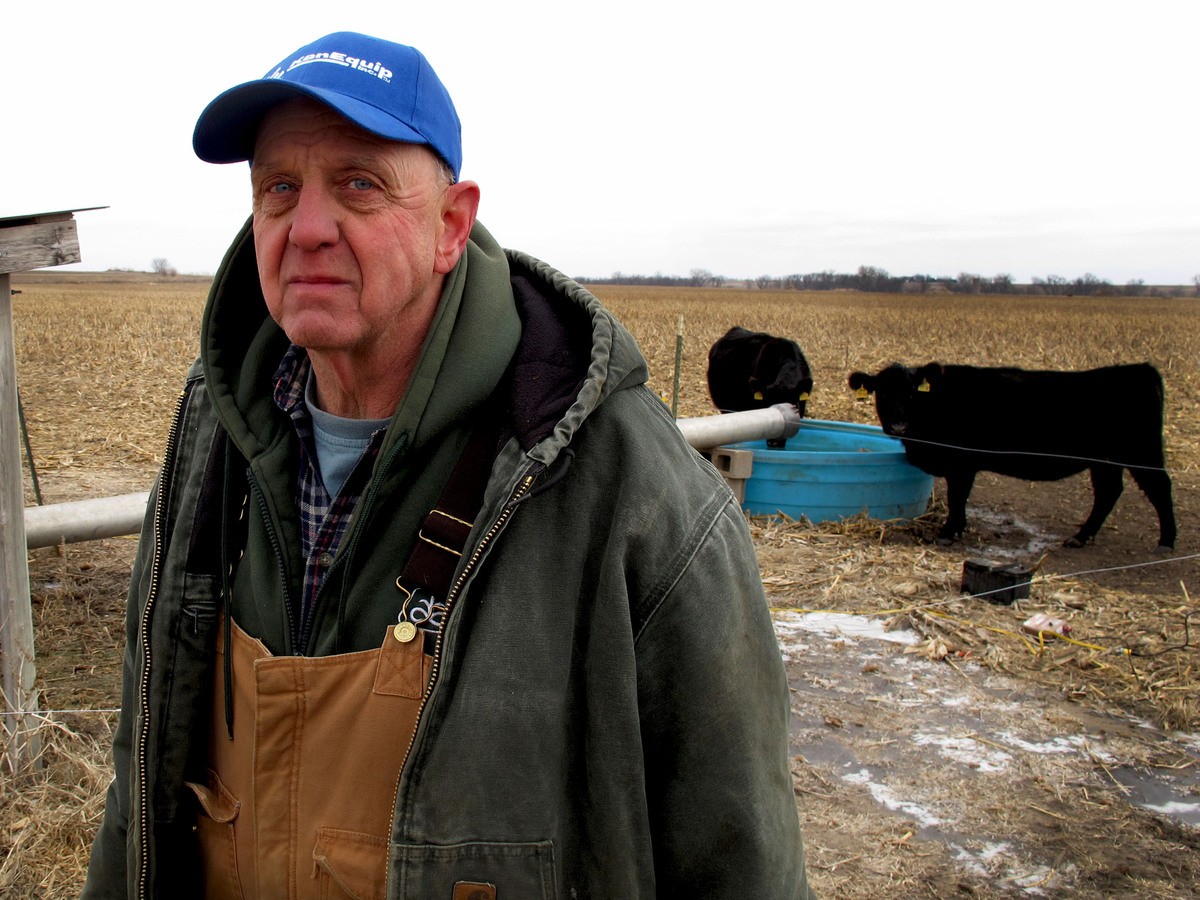 With irrigation severely restricted due to drought, Kansas farmer Mark Taddiken is worried about significant losses from reduced crop yields.

Multiply Taddiken's loss up and down the river and you can see just how important water is here. Irrigated fields raise more valuable crops. Local businesses sell more seed and fertilizer. The price of land goes up. Take water away, and that's all reversed.

Kansas officials say farmers upstream in Nebraska are pumping too much river water, leaving less for farmers like Taddiken.

David Aiken studies water policy at the University of Nebraska, Lincoln. He says Nebraska did indeed use more than its share of water during a period of drought in the mid-2000s.

"In the past, Kansas has not gotten the water that it was entitled to in those dry years," Aiken says. "and that's one of the reasons that Kansas and Nebraska are back in court."

The question for the Supreme Court is how to keep thirsty Nebraska farmers in check. Kansas wants the court to order Nebraska to ban irrigation on thousands of acres of farmland.

While that may sound reasonable on the Kansas side of the border, in Nebraska it's viewed as draconian.

Jasper Fanning, manager of the Upper Republican Natural Resources District in southwestern Nebraska, says that plan, which he calls a "just shut it down" approach, doesn't make sense.

Fanning says Nebraska will make sure Kansas gets its share of Republican River water. Farmers in his area plan to adopt new irrigation limits. They've also built a $12 million pipeline that they say will add water to the river from an underground aquifer.

Following the state's driest year on record, Nebraska water expert David Aiken wonders if those changes will be enough.

"I guess this year will be the test to see whether those plans are going to be enough to keep us legal or not," Aiken says.

But Nebraska is already behind. Harlan County Lake, the state's main reservoir, dropped 10 feet over the summer and hasn't recovered.

The Supreme Court appointed a special master to review the states' argument in this water war and is awaiting that report. Whatever the decision, it appears to be the continuing drought that's pushing it forward.