Accessibility links
Movie Review - 'The Sorcerer And The White Snake' Short on thrills but chock full of dazzling CGI wizardry, the mythical Sorcerer and the White Snake is a centuries-old Chinese story of demon-human love gone wrong.

A Sorcerer, A White Snake, And Lots Of CGI Magic

A Sorcerer, A White Snake, And Lots Of CGI Magic 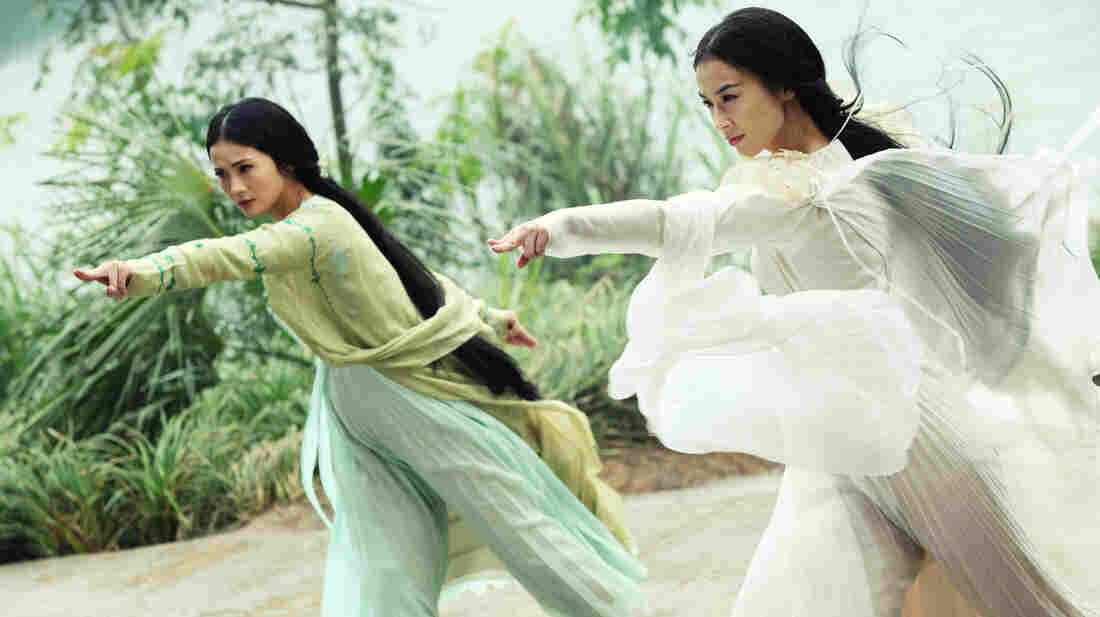 The demon snake sisters (Charlene Choi and Eva Huang) disguise themselves as beautiful women in The Sorcerer and the White Snake. Magnet Releasing hide caption

The Sorcerer and the White Snake

In the opening sequence of The Sorcerer and the White Snake, two monks step through a giant gate and find themselves in a new world — one made entirely of computer-generated images. Only Fahai (Jet Li) and his disciple Neng Ren (Zhang Wen) are human.

"Don't believe everything you see," the older man warns.

It's an apt prologue for a movie that's based on a venerable Chinese folk tale and packed with unreal creatures and impossible scenery. For decades, Chinese-language fantasy flicks were known for realistic fight sequences and laughable special effects. This China/Hong Kong co-production flips the formula: The fantastic images are solid, but the action is less substantial.

But then action is a relatively small part of director Ching Siu-tung's scheme. The movie, opening only in smaller U.S. markets but available nationwide via VOD, devotes much of its time to romance, comedy and Disney-like critters. Any film that features a helpful talking mouse is more Kung Fu Panda than John Woo thriller.

The central element is the love of poor, good-hearted herbalist Xu Xian (Raymond Lam) and glamorous, white-clad beauty Susu (Eva Huang). In reality, she's a 1,000-year-old reptilian demon, White Snake. But her love for Xu is real, and she has respect for humans, unlike her mischievous green sister (Charlene Choi). (The emerald sibling was the protagonist of Tsui Hark's edgier 1993 variation on the story, Green Snake.)

Soon after meeting, Xu and Susu set up house as a husband and wife. He labors to cure plagues, unaware that the essential ingredient in his potions is his new companion's magic. In this enchanted era, apparently, no one gets sick from viruses or bacteria; all human illnesses stem from demonic possession. 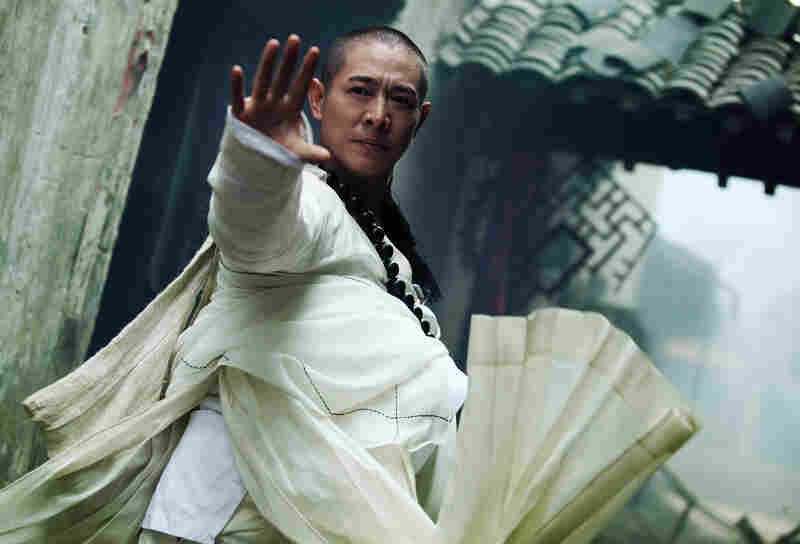 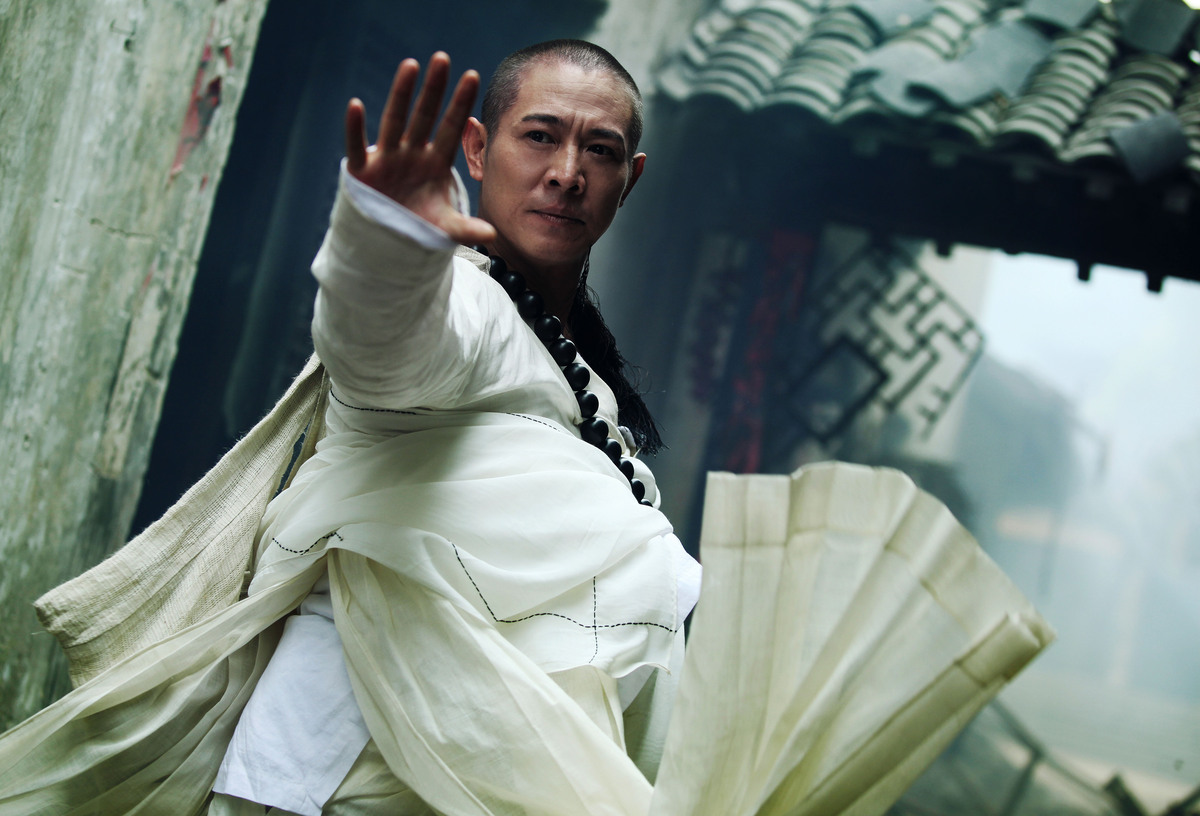 Enter Fahai, traveling abbot of a Pure Land Buddhist monastery. He recognizes disguised demons and banishes them, although not without major metaphysical combat. Fahai can handle a sword or a spear, but his principal weapon is a Buddhist rosary — which will probably disappoint fans of Li's earlier career as an earthier style of brawler.

These showdowns feature spectacular, Lord of the Rings-style CGI settings, but not much in the way of thrills or terror. When Fahai exorcises a band of fox demons, they devolve into bushy-tailed little white canines, cute enough to be contestants in the Puppy Bowl.

Fahai meets Susu and instantly knows what she is. Human-demon relationships, even ones as seemingly chaste as the herbalist and the snake's, are anathema to him. Susu pleads that her feelings for Xu are genuine, but the abbot is intent on being a home-wrecker.

Intriguingly, the movie's demons invariably take human form as seductive young women, while their stalwart opponents are all abstemious monks. A slyer film might have suggested that Fahai is so vehemently anti-demon because he's jealous of Xu's relationship with the sexy Susu.

But subtext isn't on offer from The Sorcerer and the White Snake, which is concerned mostly with spectacle, slapstick and romance. There's even a love-theme duet, offering a Buddhist salve to the brokenhearted: "We'll meet again / In our next lives."

Actors aren't the primary attractions of movies like this, but Li's earnestness does endow Ching's artificial universe with some genuine gravity, and Lam, Huang and Choi are all engaging. Besting supernatural villains is easier, however, than making much of an impression in a universe where you can't believe just about anything you see.