Sheen's 'Swan' Is One Ugly Duckling

Sheen's 'Swan' Is One Ugly Duckling 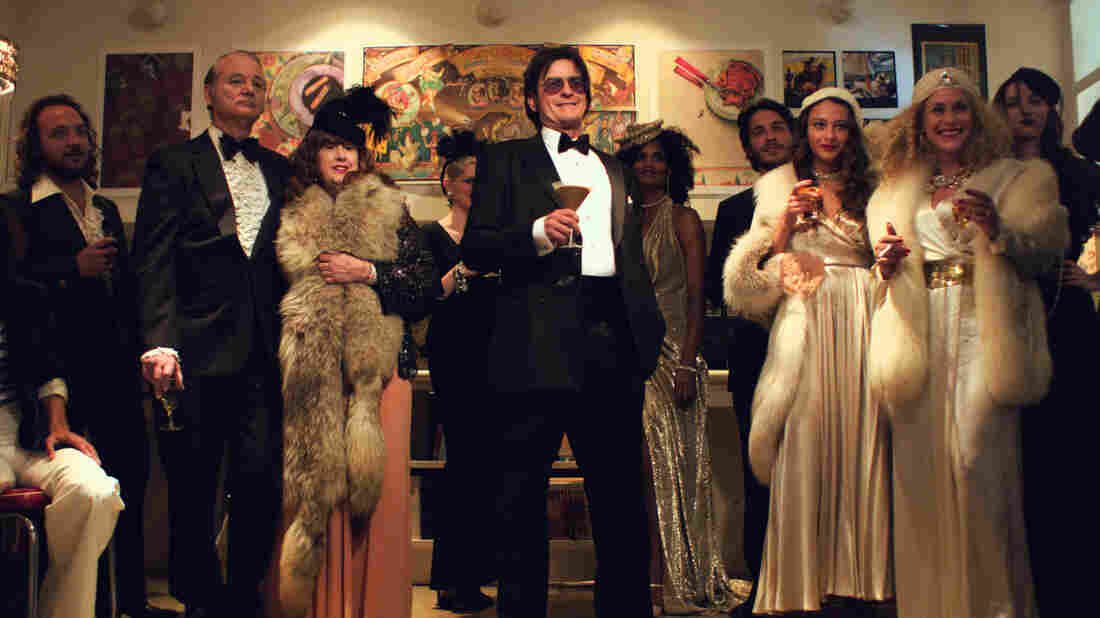 Charles (Charlie Sheen) is a none-too-likeable ladies's man in A Glimpse Inside the Mind of Charles Swan III. A24 Films hide caption

'A Glimpse Inside the Mind of Charles Swan III'

Rated R for language and some nudity

There's no separating Charlie Sheen from Charles Swan, the titular representation of the male id at its most self-obsessed in Roman Coppola's uneven A Glimpse Inside the Mind of Charles Swan III. But for better and decidedly worse, that's the point.

Like Charlie Harper, the allegedly charming ladies' man Sheen played on Two and a Half Men before his dramatic split with the show two years ago, Charles Swan is a variation on the recent Sheen type. He's improbably successful professionally, despite drug and alcohol abuse; even more incredibly, he has to use a stick to beat back the throngs of gorgeous young women constantly falling for him.

The role of Charles Swan softens Sheen's persona from notorious womanizer to aging cad, the kind of misguided romantic who hangs on to Polaroids of the women he's slept with for sentimental value. Swan's treatment of women can't be excused, exactly, though Coppola sets the movie in a stylized '70s Hollywood and characterizes Charles, ever behind a pair of dark-purple shades, as a product of his time and place.

And this time around, it would seem, it's different: Charles has been dumped by a beautiful blond cipher named Ivana (Katheryn Winnick), and he's taking it hard. His heartbreak and an ensuing car wreck land him in the hospital, where his oversexed imagination leaps to flights of fancy — fantasies of heroism, hedonism and romantic revenge, all populated by Charles' many ex-girlfriends.

A graphic designer and absentee head of his own agency, Charles renders these vivid daydreams in a bright, cartoonish '50s style that speaks to his superficial — even naive — conception of relationships. In one transporting moment, Charles imagines the women once in his life as mourners at his funeral, where, after rising from the grave, he dances a moonlit softshoe in the cemetery. (Ivana watches, having none of it.)

Coppola, who collaborated with Wes Anderson on The Darjeeling Limited and Moonrise Kingdom, brings a similar transparently artificial quality to Charles' fantasies, underlining their function as escapes from the reality of his relationship's demise.

The director is clearly having fun with his protagonist's heartbreak — only Sheen isn't. He plays Charles' longing as listlessness, but with technical line readings better suited to a laugh-tracked sitcom than to a role that asks an actor to embody being lost and lovelorn. Even when Sheen's Charles is believable, he's neither compelling nor likable.

And yet the film insists that some, anyway, still like him. He's cobbled together a tolerant support system of friends and family who haven't given up on him yet: his caring sister (Patricia Arquette); Kirby Star (Jason Schwartzman), a popular comedian as baffled by women as Charles; and Saul (Bill Murray), Charles' business manager, who first appears in a fantasy as a stern John Wayne figure, only to turn up in real life as romantically befuddled as his client.

Schwartzman and Murray might be playing Charles' past and future — Kirby, a young creative type at the top of his game; Saul an over-the-hill man-child still pining for the girls 40 years his junior. The difference for Saul is that he's married with two kids; he feels too old to attract anyone younger, and too boring to keep his wife interested.

Alas, the moments in which the script lets Charles try to redeem himself by stepping outside his own narcissism to listen to his friends fall flat. Schwartzman and Murray create believable characters, so it's painful to watch as Sheen — who can't manage to project the compassion required in those scenes — leaves both actors out to dry.

At the other end of the spectrum, though, Sheen fully embraces the few flashes of Charles' mean and manic sides. His best acting comes when he plays against himself, on one end of a phone call. In an extended take, he sits, then paces, then sits again, moving from anger to jealousy to true yearning — all this just over the question of returning Ivana's ski equipment. And when Charles goes on a drunken destructive binge, Sheen's warlock tiger blood runs hot, which works, oddly enough. With Charles' faults on full display rather than hidden behind his delusions, the character seems briefly sympathetic.

Charles Swan might have have been successful if its sensibilities weren't so aligned with its constantly disappointing protagonist's. The moody picture even swings toward hopeful in its final minutes, as it tries to celebrate Charles as the man he is, faults and all. It's enough to leave you wondering whether even a glimpse inside this mind is too much.