Accessibility links
The Story Of A West Bank Village Told With '5 Broken Cameras' In 5 Broken Cameras, co-directors Emad Burnat and Guy Davidi tell the story of a Palestinian village that is protesting the establishment of an Israeli security wall that cuts villagers off from parts of their land. 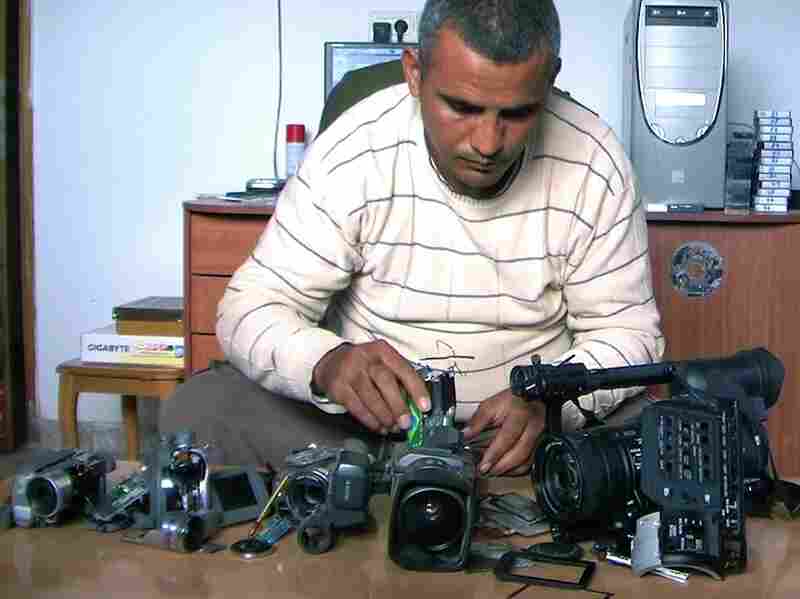 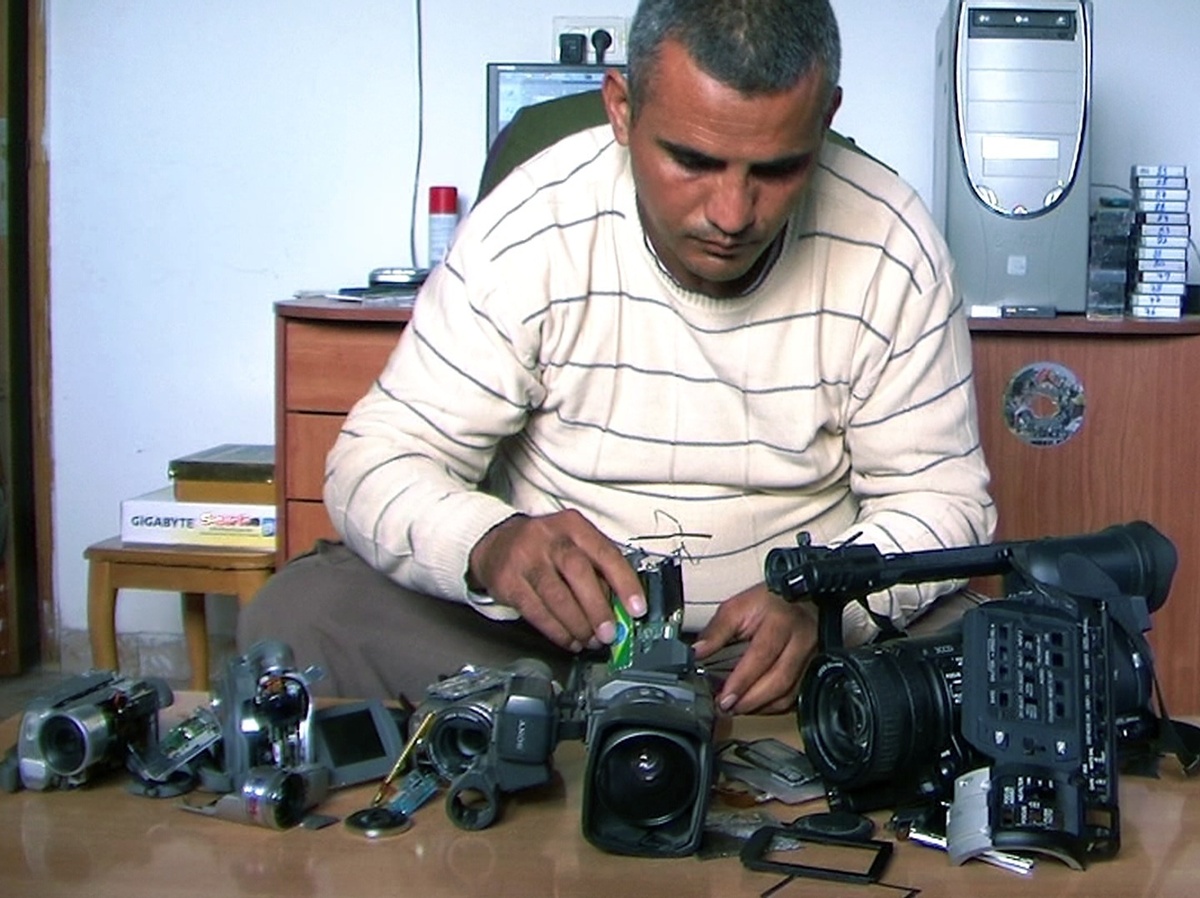 In 2005, Emad Burnat got a video camera to record the birth of his son. That same year, Israel's security barrier went right through his village of Bil'in in the West Bank. The fence cut off some fields and olive groves on the other side.

When protests broke out against the establishment of the barrier, Burnat became the unofficial cameraman for the weekly anti-wall protests that drew support from around the world.

The documentary 5 Broken Cameras tells the story of protesters and focuses on how the resistance affects Burnat's family, his friends and his village.

"My responsibility to do this and to film and to protect the people and to focus and to follow the events in the village, it's not someone who came from outside to shoot some shots and to make a film," Burnat tells NPR's Neal Conan. "I mix everything — the filmmaking and the mind and the head and the blood — everything to work and to be there."

The film is the first-ever Palestinian film to be nominated for the Academy Award for Best Documentary Feature.

Burnat and co-director Guy Davidi, an Israeli activist, talk about the making of the film and the cameras that were broken along the way.

On how Davidi got involved in the film

Davidi: "I've been joining with other Israeli activists to do some demonstration in the West Bank to support villagers whenever they started the nonviolent movement. ... When the movement reached Bil'in, I joined there the people to support them, and actually I made a few films and I lived in the village for a few months, which was a very rare thing for an Israeli to do — to go and stay and spend time with the villagers — but the hospitality and generosity of people was amazing.

"And when Emad called me, it was already after a long period of time that he was filming, and he was doing his incredible work. ... Here it's me who was empowering his voice, trying to help him to raise his voice and not to try to create kind of a balanced film ... No, this is his story."

On the risks Burnat took during filming and his family's reaction

'No To The Fence'

Burnat: "I was shot many times, and my cameras were broken — were shot by bullets and gas canister. And I've been arrested twice. I've been very far from the family for a long time. I've been in jail or in house arrest. So they were suffering. They were alone.

"So [my wife] wants to stop — she was worried about me, and she wants ... to be safe and to stop to put my life at risk, because she wants me to be with the family."

On public reaction to the film

Davidi: "I've been trying to promote this film in Israel to be screened in the educational system in Israel, not just in cinemas and television. ... This is the most important time for this generation to try and understand and see what's going on in their country. ... Their reactions are amazing. Sometimes they are very hard to hear. Sometimes these children are in shock. But sometimes, you can see that there's kind of an emotional openness that allows them to understand better what's going on."

Burnat: "In the beginning, when the film was screened first in Holland, I didn't expect all these reactions and fans and this success. So since last year, the film was very successful and it was shown in ... different countries all over the world. And the people liked it and loved it and people being touched and moved about the story. ... I hope ... this film can give people more attention and can be addition to the Palestinian subject so we can make peace for the kids, for the next generation, for my son."