Accessibility links
American Woman Gives Domestic Abuse A Face, And Voice, In China Kim Lee posted a photo of her battered face online, and has become a national icon in China. She won a divorce, a financial settlement and a restraining order against her Chinese husband, a famous author and English teacher. 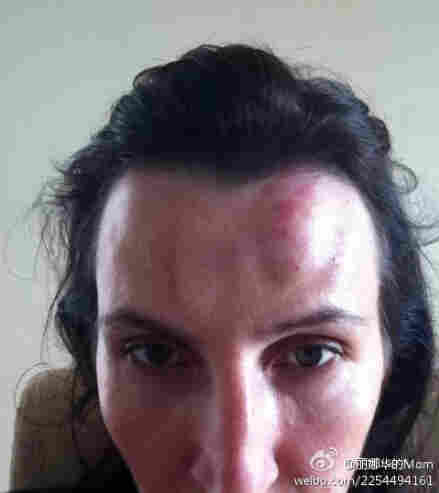 This was one of the photos American Kim Lee posted online after her Chinese husband, a famous English teacher, beat her. Her decision to go public marks a milestone in the fight against domestic abuse in China. Courtesy of Kim Lee hide caption

The faces of American Kim Lee and her Chinese husband, Li Yang, both in their 40s, once graced the covers of books that sold in the millions. He was China's most famous English teacher, the "Crazy English" guru of China, who pioneered his own style of English teaching: pedagogy through shouted language, yelling to halls of thousands of students.

His methods were given official recognition after he was employed by the Beijing Olympic Organizing Committee to teach Olympic volunteers.

A fellow teacher, Lee married Li in 2006. They have three daughters. And Lee, who is from Florida, worked alongside her husband to build the Crazy English empire.

"I enjoy losing face!" is one of Li's mottoes, in a bid to lessen the inhibitions of China's shy language learners, who fear mistakes. But 18 months ago, his wife used that slogan against him.

When he brutally beat Lee, she posted a picture of her battered face, showing a huge lump protruding from her forehead. She put it on his page on Weibo, the Chinese version of Twitter, under the heading, "I love losing my face = I love hitting my wife's face?"

She followed this with pictures showing her bloodied ear and raw, injured spots on her knee. "Li Yang, you need help," she wrote. "Domestic violence is a serious problem."

She says she went public out of desperation, trying to get her husband's attention. 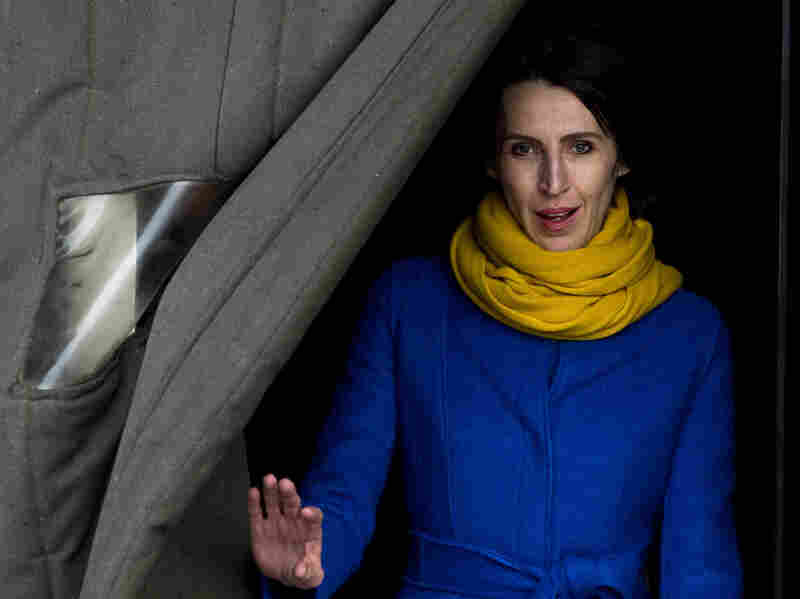 Lee, the American wife of "Crazy English" founder Li Yang, leaves court after a session for her divorce trial in Beijing last March. Earlier this month, she was granted a divorce, as well as a restraining order against Li. Alexander F. Yuan/AP hide caption 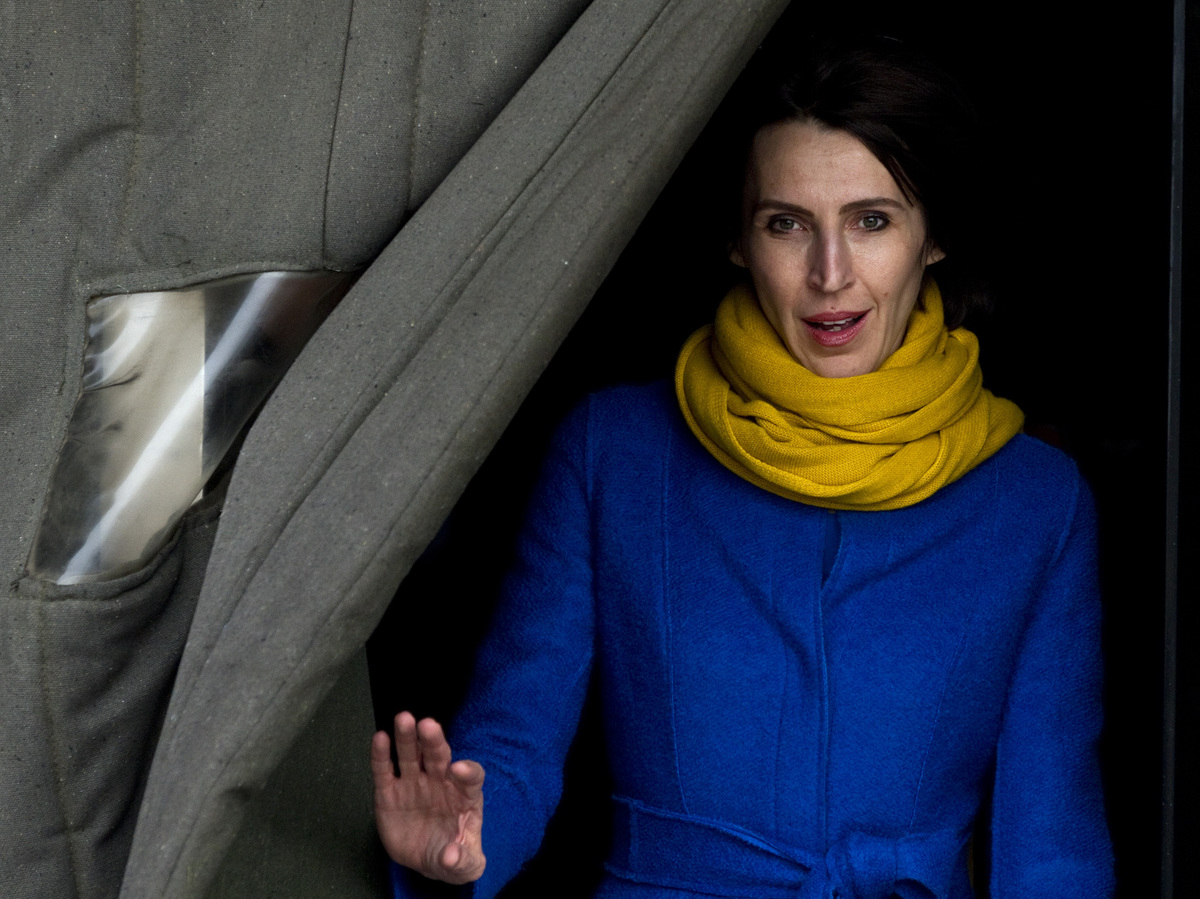 Lee, the American wife of "Crazy English" founder Li Yang, leaves court after a session for her divorce trial in Beijing last March. Earlier this month, she was granted a divorce, as well as a restraining order against Li.

"That day the violence was so horrific. I went to the police station, and I went to the hospital, and my husband went on TV and did a TV show. I thought maybe he just didn't even realize how seriously he hurt me, even though he was sitting on my back, slamming my head in the floor," Lee recalls. "I thought, that will really get his attention. Maybe then he'll come to the realization, 'Oh, I've really seriously injured my wife. I better go home, I better deal with this.' But he didn't."

As her photos went viral, the story spiraled into the public consciousness, marking the first time a high-profile wife in China had publicly announced that she'd been beaten.

"I hit her sometimes, but I never thought she would make it public since it's not Chinese tradition to expose family conflicts to outsiders," Li told the China Daily.

He blamed their problems on "character and cultural differences, which are difficult to solve through counseling."

But in other interviews, he gave literal blow-by-blow accounts. He even told one journalist he'd only married Lee as a cultural experiment, for research in American child-rearing techniques.

Their 18-month legal battle was to become the country's most closely watched divorce case.

Setting An Example For Her Daughters

When the verdict finally came on Feb. 3, it made the nightly news. A Beijing court ruled in Kim Lee's favor, granting her a divorce, custody of their three children, compensation of $8,000 for the abuse and assets of almost $2 million. The court issued a restraining order against her ex-husband — the first time ever in Beijing. 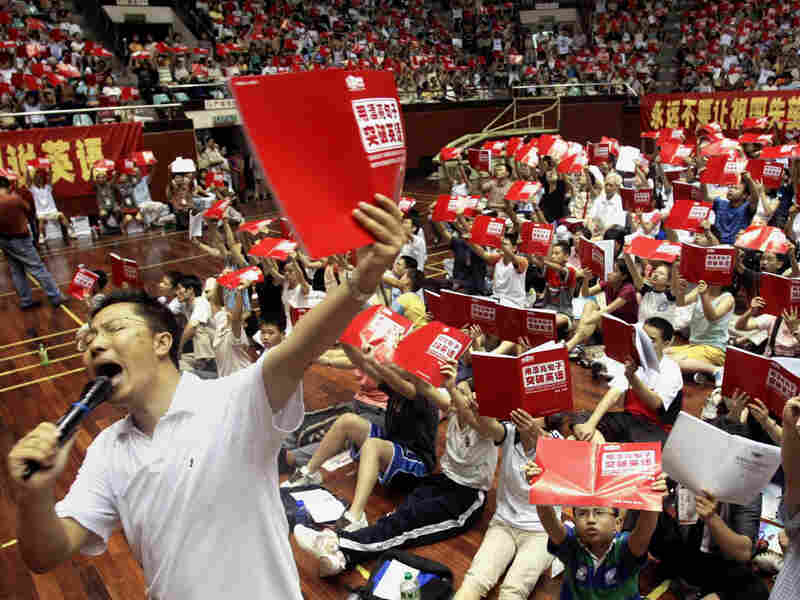 Li Yang teaches English to several thousand students attending a class at a stadium in Guangzhou, China, in 2004. His "Crazy English" technique — based on learning through shouting — draws huge crowds. In interviews, he has admitted physically attacking his wife. Reuters/Landov hide caption 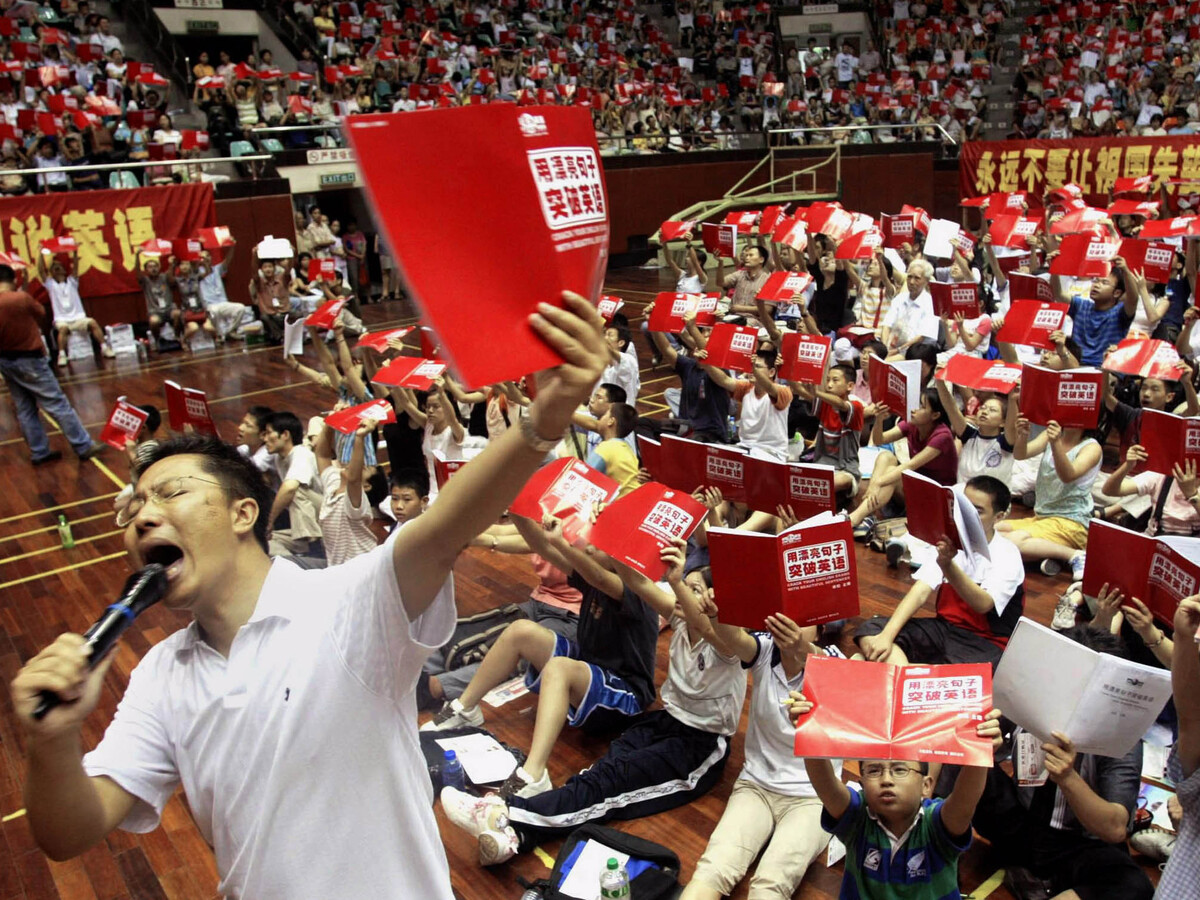 Li Yang teaches English to several thousand students attending a class at a stadium in Guangzhou, China, in 2004. His "Crazy English" technique — based on learning through shouting — draws huge crowds. In interviews, he has admitted physically attacking his wife.

For Lee, it's been a long struggle against an unsympathetic police system. She describes hours of endless waiting and countless examples of official obfuscation.

In one instance, she was told her physical evidence was inadmissible because she had visited the wrong hospital. Another time she was told that the correct police official was not present to take her evidence. And she was also informed that voice recordings were needed of her husband's threats against her.

"The whole system here is designed to pressure women to give up and just drop it. But I didn't. I just didn't give up," Lee says. "So that's why when they read the decree and they issued the protection order, I just really sighed. I think I earned it."

Li didn't attend court the day of the judgment, and he didn't respond to NPR's request for an interview. Throughout the process, Lee — who's also a teacher — has been guided by the example she's setting for their daughters.

"I made a conscious decision. I used a Chinese lawyer, I used Chinese courts," she says. "To be honest, a lot of my American friends did not understand this. They were like, 'You're crazy. You're American. Go to the embassy immediately.' But I did not want to teach my daughters, 'No one can beat you because you're American.' I wanted to teach them, 'No one can beat you because you're a person, you're a woman.' "

"It's a milestone case in China against domestic violence against women," Feng says. "Her admission she'd been abused allowed it to become a topic of public discussion because of media concern. It also highlights the deficiencies in current Chinese law, and what needs to be changed to better protect women."

An official survey in 2011 by the Chinese Federation of Women reports that nearly one-quarter of married Chinese women suffer domestic abuse. Lee has received messages from more than 1,000 women, which have both traumatized her and spurred her on.

"They range from absolutely heart-wrenching — from a teenager, 'My mom killed herself to punish my dad, so please, Kim — she couldn't do anything — please don't give up,' " Lee says, choking up as she describes the stories of abuse. "And sometimes women will send me photos, and they're horrible. And they'll say, 'Kim, please delete this after I send it to you. My husband will kill me if he knows I told anyone, but I can't tell anyone, and what should I do?'

"So many people like to say, 'Kim, you're so brave, you're so bold.' But I don't know if people adequately understand that I was kind of like a parasite," Lee says. "I sucked all the strength out of those women, because I certainly wanted to give up many times."

Now, she wants to use her high profile to help others. She is particularly concerned about one woman, Li Yan, who is facing the death penalty after murdering her husband. She suffered years of abuse, during which her husband even hacked off one of her fingers. She went to the police, but they didn't intervene.

Beyond that case, there's still much to do: China still doesn't have a specific law forbidding domestic violence.