Accessibility links
Book Review: 'Vampires in the Lemon Grove' By Karen Russell | Karen Russell's new collection of short stories has dead presidents reincarnated as horses, girls turning into silkworms, and vampires who quench their thirst for blood with lemons. Reviewer Meg Wolitzer says that in Russell's world we aren't fixed in space and time but can change at any moment. 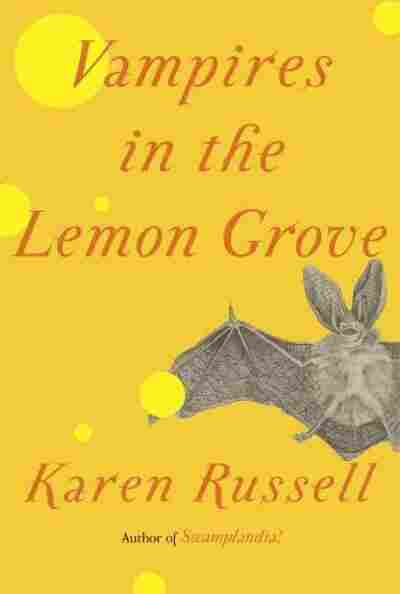 In one of the eight stories in Karen Russell's new collection, a group of dead presidents has been reincarnated as horses. Rutherford B. Hayes, a skewbald pinto, frantically licks the palm of a girl in a secret code that he's worked out, revealing his true identity and asking her to alert the authorities. "Ha-ha!" the girl laughs. "That tickles."

I know, you're probably thinking: "Dead presidents reincarnated as horses? Oh, come on, Meg, that sounds like the plot of so many short stories."

I'm kidding, of course. I'm well aware that it sounds like the plot of no other short story on earth, because Russell's work is original. "Original" is a word that gets applied to books as frequently as a 20-percent-off sticker at Barnes & Noble, but in this case it's accurate. I admired the access that she seems to have to the dense and dreamy material that lies deep inside the brain. I found myself wondering whether more writers, given the same access, would let themselves write so wildly and freely. I hope they would; I know I'd like to.

Consider the title story, in which two vampires have installed themselves in a lemon grove in Italy. They've found that burying their fangs in lemons offers a brief release, or at least a distraction, from the constant, eternal hum of their blood lust (the narrator accomplishes this by disguising himself as a harmless old Italian nonno). But that itch, that ache, won't go away, and the craving starts to resemble an existential longing.

The story could easily have had another title, borrowed from Nathan Englander's famous collection, For the Relief of Unbearable Urges. Much more like Englander than, say, Stephenie Meyer, who started this current literary vampire trend that just won't die, Russell is highly invested in language. Her writing is linguistically complex and witty, not to mention dense with ideas, weird, and often profound.

Those qualities inform all the stories in this volume, but the most observable strand running through them is Russell's interest in transformation. Actually, "interest" is maybe too weak a word. She seems to be hammering out her preoccupation with the idea that we aren't securely fixed in space and time, but that we might just change at any moment, even against our will. And, worse, we might change into something disgusting, or violent, or powerless, or shameful.

In the story "Reeling for the Empire," girls who've been imprisoned in a silk factory start to turn into silkworms. And in the dead presidents story, "The Barn at the End of Our Term," even the most establishy establishment figures aren't safe. The poor vampires of the title story are forced to change and adapt over time to survive. In their monstrousness is a kind of terrible helplessness, and in this, Russell, like many writers, owes a debt to Mary Shelley. 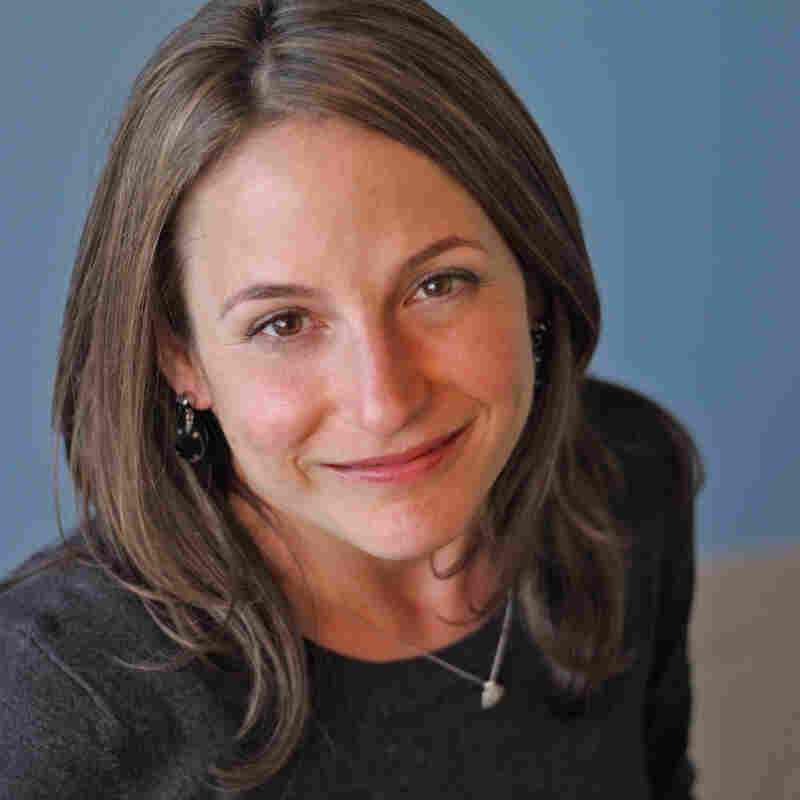 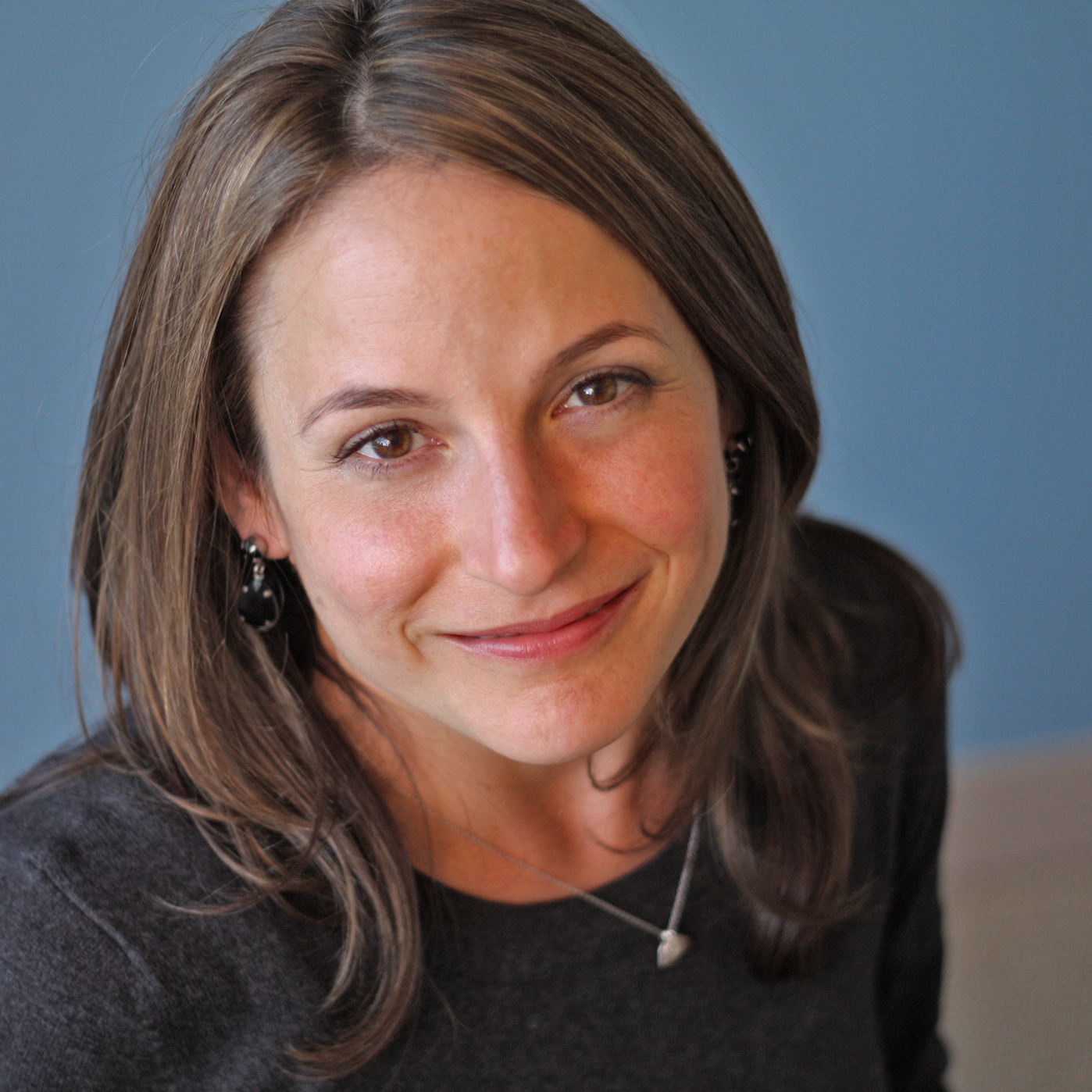 Karen Russell is also the author of Swamplandia!

The transformation is subtler in my favorite story, "The Graveless Doll of Eric Mutis." It's about a group of boys who, owing to the requirements of masculinity and a cruel culture, become predators. Their prey? The eponymous Eric Mutis, wearer of Hoops sneakers. "At school, we made a point of stealing Hoops from any kid stupid enough to wear them — Hoops were imitation Nikes, glittered with an insulting ersatz gold, and just the sight of a pair used to enrage me. The H logo was a flamboyant way to announce to your class: Hey, I'm poor!"

The narrator and his friends are relentless in their torment of Eric, who is ugly, graceless, charmless and never fights back. But Eric allows himself to become his own kind of monster, to adapt to the unspeakable cruelty at school but also, hinted, at home. And so, when a scarecrow appears, bound to a tree, the boys realize it is in the image of Eric Mutis. Could it even somehow literally be Eric Mutis himself? And if so, what is Russell trying to say?

She's a writer who leaves a wide berth for ambiguity in all her work, so it's not always easy to tell. But what's obvious is that the atmosphere created here is one of tension and even, eventually, well-earned fear.

From time to time, the combination of supernatural and lyrical makes it read a little bit like Ray Bradbury with a creative writing degree. But while Bradbury was a master of suspense and surprise, he tended to have easily understandable intentions. Russell doesn't. Just when you think you know exactly what she's thinking, she goes somewhere deeper and more unusual. In Russell's world, horses in a barn were once leaders of the free world; vampires seek solace in citrus fruit; and scarecrows can be people. I left this book excited by the transformations that take place not only in a great book, but also in its reader. I'm not a monster — at least, not yet — but I'm a fan.