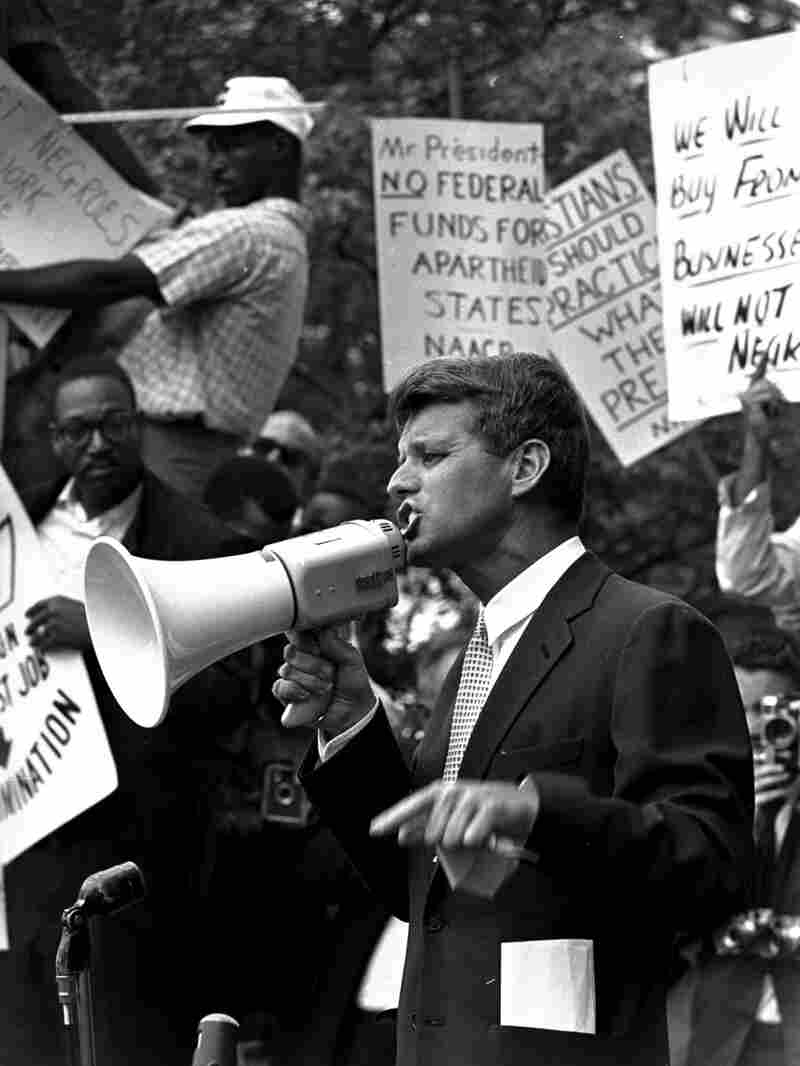 Attorney General Robert F. "Bobby" Kennedy uses a bullhorn to address a crowd of demonstrators, June 14, 1963, at the Justice Department. Four months earlier he had walked 50 miles in one day to prove to his brother John that he could do it. His march helped make extreme walking and hiking popular activities. AP hide caption 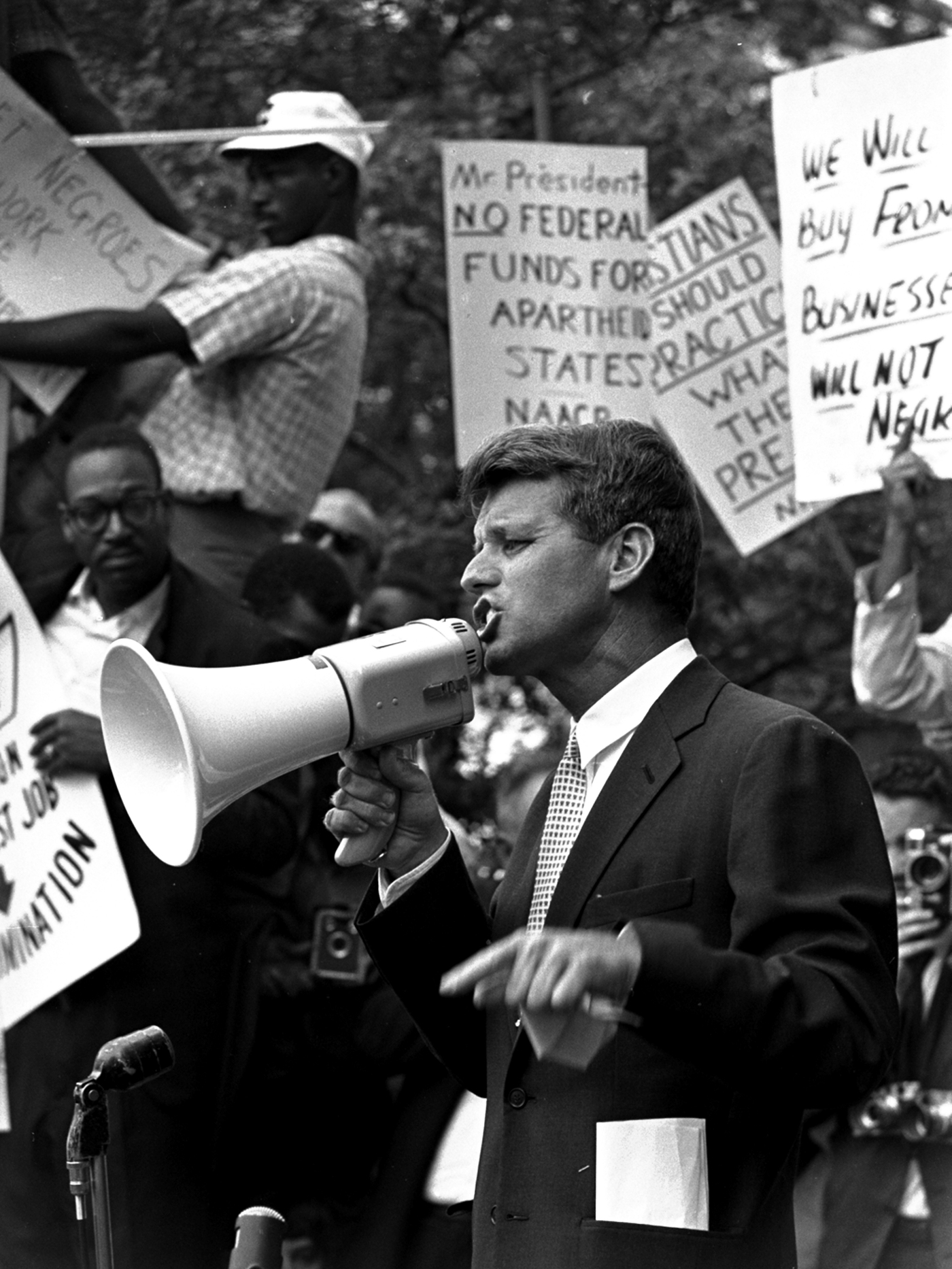 Attorney General Robert F. "Bobby" Kennedy uses a bullhorn to address a crowd of demonstrators, June 14, 1963, at the Justice Department. Four months earlier he had walked 50 miles in one day to prove to his brother John that he could do it. His march helped make extreme walking and hiking popular activities.

Fifty years ago this Saturday, U.S. Attorney General Robert F. Kennedy went for a walk — a 50-mile walk, to be exact — trudging through snow and slush from just outside Washington, D.C., all the way to Harper's Ferry, W.Va.

He had no preparation, and no training. And in spite of temperatures well below freezing, he wore Oxford loafers on his feet.

In honor of the 50th anniversary, the Kennedy March is being reprised by a group of walking enthusiasts this weekend. Ray Smith, one of the walk's organizers, says, "I think it's our little way of trying to respect that legacy that the Kennedys left us."

The impetus for Kennedy's strange and incredible feat was a challenge issued by his brother, John — then president of the United States. The Kennedys were notoriously athletic, and JFK in particular was concerned about the decline in American "vigor."

The White House had discovered a 1908 executive order from another fitness fanatic — President Theodore Roosevelt — who had said that all Marines should be able to hike 50 miles in three days. President Kennedy agreed, and reissued the challenge to the Marines of his own time. Not to be outdone by his predecessor, the president asked that his Marines complete the 50 miles in just one day, joking that perhaps his staff should take on the challenge as well. For his brother Robert, though, it was no joke.

"Bobby told me just as I was leaving the office, 'I'm going to see you tomorrow at 5 in the morning,' " recalls James Symington, who was Robert Kennedy's administrative assistant at the time. He laughs as he remembers Kennedy's determination.

"I said, 'Why would you want to do that?' Bobby had no — [never] had any sense — that there was anything he couldn't do," he says.

So Kennedy set out, along with four of his colleagues and his dog, Brumis — a Newfoundland weighing more than 100 pounds. Symington joined him, with Brumis jumping on him playfully, several times knocking him into the canal that they were walking along.

"He wasn't trying to kill me, but he damn near did," Symington says, laughing.

Remembering RFK's Visit To 'The Land Of Apartheid'

After 25 miles, the group was ready to give up. But the press had caught wind of what Kennedy was doing, and a helicopter arrived soon after with photographers and journalists. So Kennedy set off again, this time accompanied by just two of his aides. The last of them left him around 35 miles in. Kennedy is rumored to have said to him, "You're lucky your brother isn't president of the United States."

The so-called Kennedy March earned a lot of media attention and sparked a nationwide obsession with extreme walking and hiking. Ordinary people from around the country took on the challenge, and for a brief moment, Americans got serious about physical fitness.

The fad of the 50-mile walk was short-lived, however, and more grave concerns soon overtook the American people. The Kennedy March was replaced by the March on Washington, and the extraordinary feat performed by Robert F. Kennedy was quickly forgotten.