Accessibility links
Growing University Highlights Connecticut's Water Woes One of the state's biggest public universities is expanding — and so is its demand for water. In a region where water resources are already strained by development and changing weather, the University of Connecticut's plans have sparked controversy and calls for a comprehensive water plan. 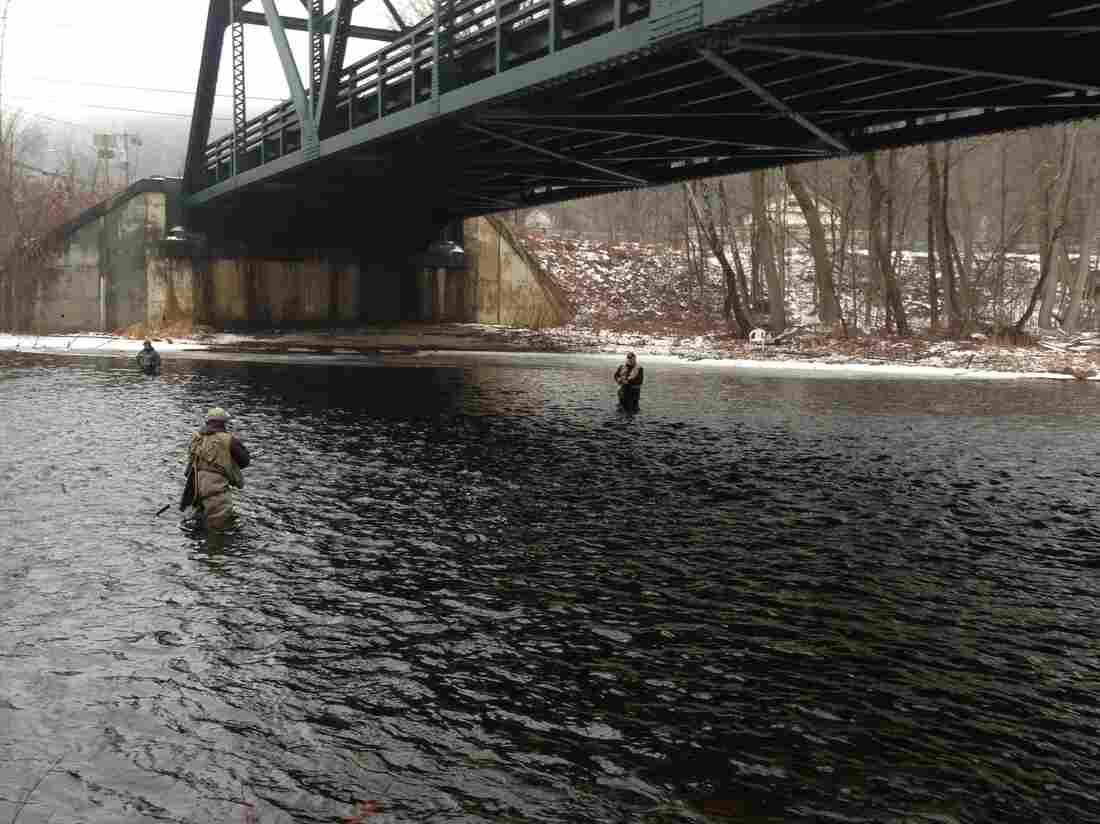 The expanding University of Connecticut is looking at the Farmington River as a water source, but some say recent weather fluctuation paints an uncertain picture for the river. Neena Satija/WNPR hide caption 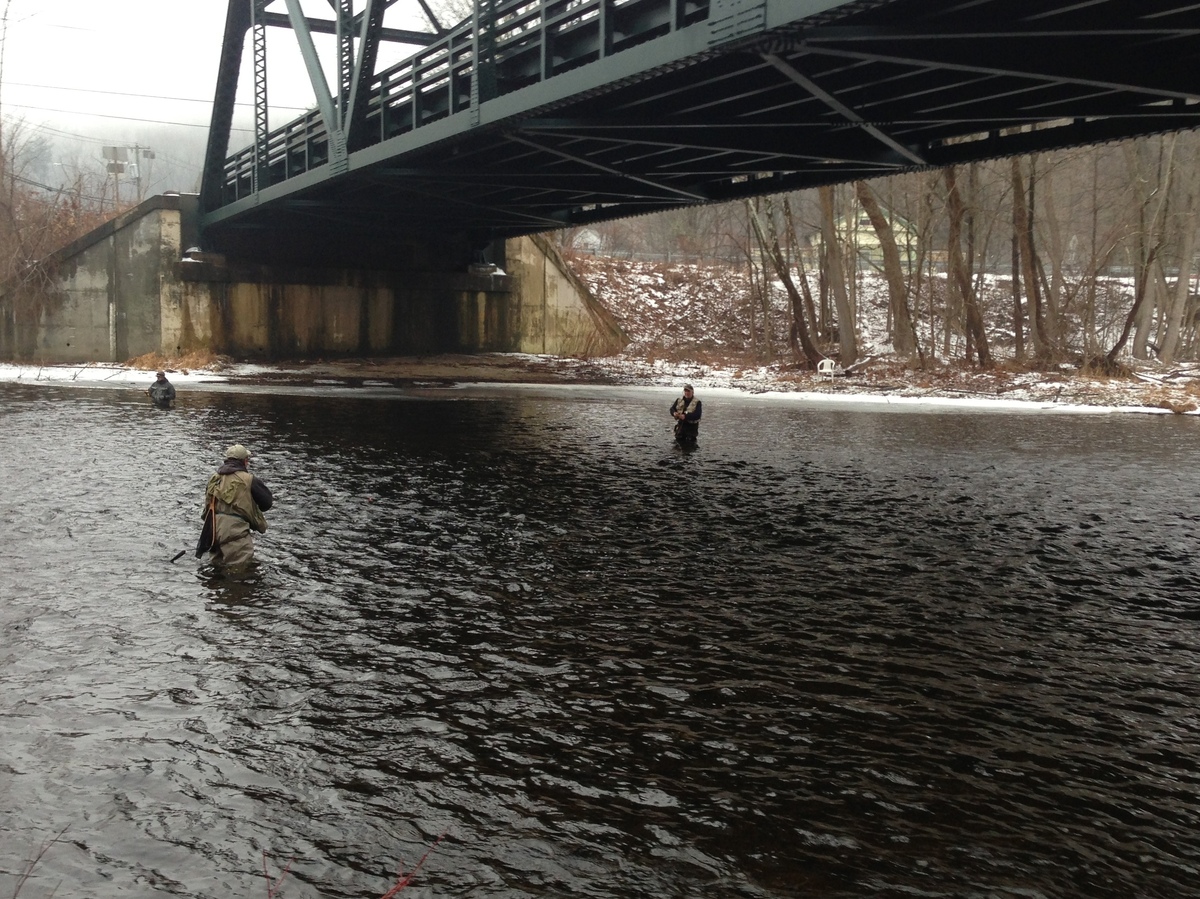 The expanding University of Connecticut is looking at the Farmington River as a water source, but some say recent weather fluctuation paints an uncertain picture for the river.

Lack of water supply isn't just an issue in hot spots like Texas, Colorado and the Mississippi; it has also become a problem in the Northeast, where rivers are drying out in the summers and infrastructure developments are competing more for resources.

One of the area's biggest public universities, the University of Connecticut, needs more water. But plans to obtain it are generating controversy in a region where the availability of water is becoming more and more unpredictable.

Even on a cold winter's day, fly-fishermen are thigh-deep in the waters of Connecticut's Farmington River, in the northeast corner of the state near the Massachusetts border. The 81-mile river is known for fishing, canoeing and kayaking.

But Dave Sinish, who has lived in the Farmington Valley since 1971, says the water source has been under stress in recent years — most recently last summer.

"In this particular area, you could walk across the river," Sinish says, describing the low water level.

It's gotten so dry that kayaks and canoes scraped across the riverbed. Fishing was nearly shut down.

So, when the University of Connecticut proposed tapping into reservoirs in this watershed, the community was upset. It's one of the first public controversies on water resources in this area for a long time.

Pat Bresnahan, a former associate director of UConn's Water Resources Institute, says it may be a taste of things to come here.

"Part of the problem is that we get so much rain, and we're perceived as being a very water-rich area, but because of our development patterns, the water isn't always where the development is," she says.

That's certainly true of UConn's 3,100-acre main campus, which is miles away from the Farmington River watershed in the rural town of Mansfield. The university is gearing up to build a $170 million technology park and increase its student population by a third, so it'll need more water.

But water in the Northeast seems to be coming more in fits and starts. Recently, there have been wetter winters but very dry summers. Bresnahan says that means it will be harder for UConn — or anyone else — to plan for future needs.

"It's like your checkbook," she says. "You need to know the patterns of income. You need to understand how much water you have and when you have it."

That has already been a problem at UConn. The university pumped a nearby river dry in 2005 after one of the driest summers on record. Since then, it has spent tens of millions of dollars on water conservation efforts, but it still doesn't have enough.

"When you think about it, the university is 130 years old," Callahan says. "We're at a point where after 130 years we need to look at some additional options."

The university and the state say UConn's expansion will jump-start desperately needed economic development in town by creating thousands of new jobs and research opportunities.

But the controversy it has created has prompted calls for Connecticut — and the broader region — to develop a comprehensive water plan. Virginia de Lima, a director at the U.S. Geological Survey, says that's not an easy task because scientists don't know how much water the region will have, as the weather is becoming increasingly erratic.

"Most of the models suggest that we will have both more precipitation and higher temperatures," de Lima says. "And how those two balance out is going to be the key to what happens."

Additionally, there's a boom of urban development in the Northeast that already competes intensely for water resources. De Lima says governments in the Southwest and the West have already been grappling with this situation for years, and the Northeast region should look toward them for direction.

Those are tough questions for Connecticut to answer as one of its largest and most prestigious public universities tries to quench its thirst.