Accessibility links
A Life Defined Not By Disability, But Love When she was younger, Myra didn't realize her mom, Bonnie Brown, was "different" than most. Her mother's intellectual disability was only something she realized later when her mother told her, "I know I am not like your friends' mothers, but I'm doing the best I can." 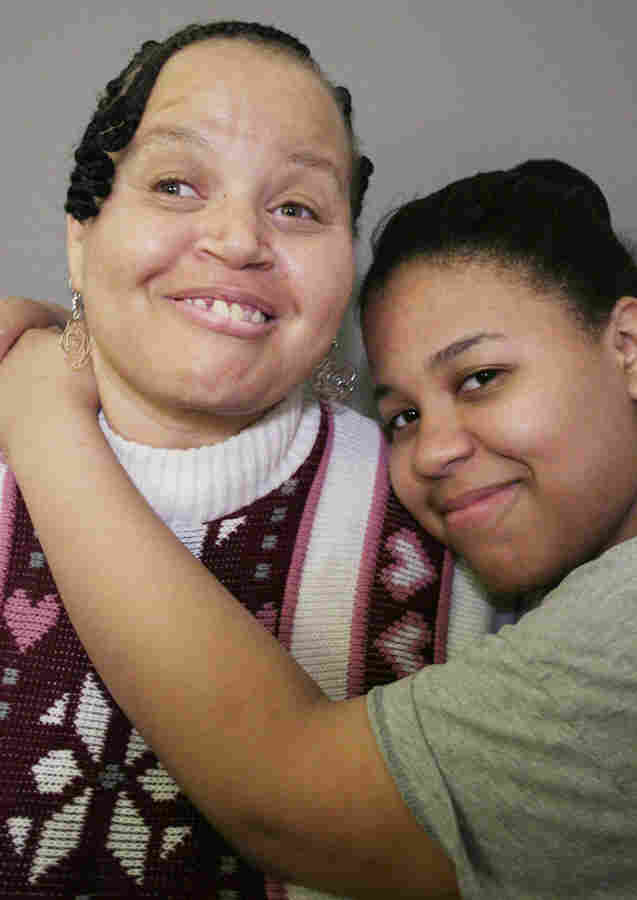 Bonnie Brown with her daughter, Myra, 15. Despite Bonnie's disability, Myra says her mom is everything she needs from a parent. StoryCorps hide caption 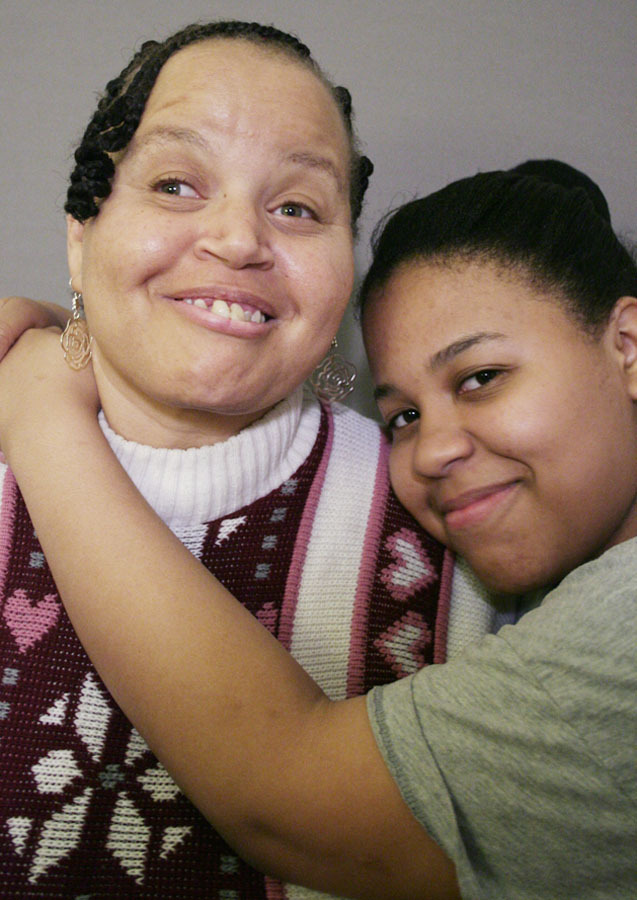 Bonnie Brown with her daughter, Myra, 15. Despite Bonnie's disability, Myra says her mom is everything she needs from a parent.

When Bonnie Brown was pregnant with her daughter, Myra, she says she felt a mix of joy and anxiety.

"I hadn't ever been pregnant before," she says. "I never had really an idea of how to take care of a baby."

Brown, who is intellectually disabled, works at Wendy's while raising Myra as a single mom. Despite her disability, she says she never felt like her daughter was too much to handle.

"I think because I'm different it might seem hard for me, but I was going to give it all I got no matter what," she tells Myra, now 15, during a visit to StoryCorps.

Myra says she never realized her mom was "different," until she told her.

Myra remembers a time in third grade when her school held a parent-teacher conference. Before the meeting, Myra told her teacher in confidence that her mom's disabled.

"But the day after the interview, my teacher, she said that you seemed really intelligent. And that made me feel embarrassed," Myra says.

"Because I felt bad that I had said that, and then you had gone and you'd been fine," Myra says.

"No offense taken," she responds. 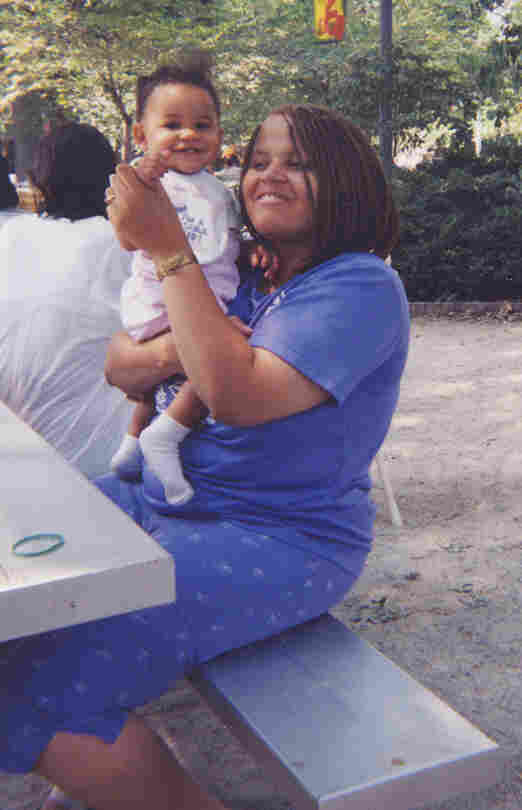 Bonnie Brown with her daughter, Myra, in 1998. Courtesy of Meg Neilson hide caption 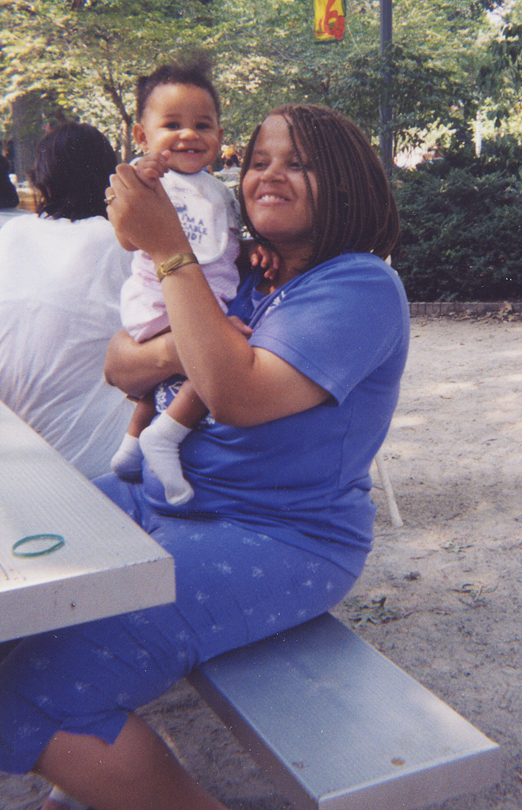 Today, Myra is enrolled in gifted and talented classes at her high school in Lansdowne, Pa., and hopes to attend the University of Cambridge when she graduates.

As a single mom raising Myra, Brown gets help from Community Interactions in Philadelphia, an organization that provides services for her, like cooking and running errands.

Yet Brown says the hardest thing she's had to overcome is emotional hurt. People often blatantly stare at Brown when they're out in public, Myra explains.

"And I would say something [to them]. I guess I am kind of protective," Myra adds.

Brown admits that she's also very protective of her daughter, but only because she cares about her so much.

"I am really thankful because you understand me, and you love me, and you accept me. And ... thank you for that," Brown tells her daughter.

"I don't know, you kind of make it seem like I tolerate you — I love you. You're a good parent, and just because you're disabled doesn't mean that you do anything less for me," Myra says.

Just like other parents, Brown says she wants to see Myra succeed and go on to college. "I want you to make something of yourself," she tells her.

"Thank you, Myra, and I feel the same way. And I won't never change it for anything in this world."