A Pale Imitation Of Magic In 'Scent Of Darkness'

A Pale Imitation Of Magic In 'Scent Of Darkness' 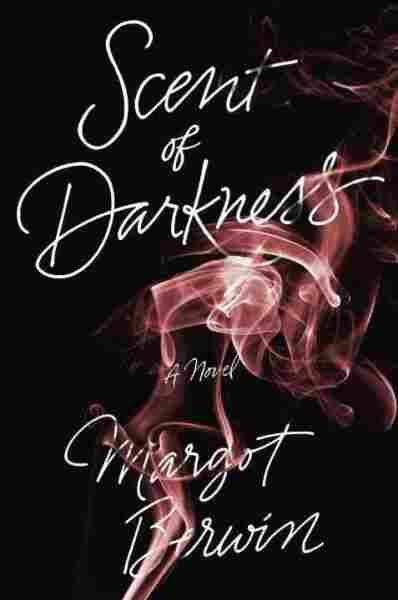 Over the years, I've come to the conclusion that what's generally referred to — often disdainfully — as "women's fiction" (not quite literature, not quite romance, definitely not Fifty Shades of Grey) is really a catch-all category into which almost any literary genre will fit.

For example, after the magical realism in Like Water for Chocolate was a huge success with women, we've read about things like apple trees that predict true love, and a glassblower's work that transforms into butterflies. These are charming novels, aimed less at a lit-fic critique of society, and more at enabling love.

Margot Berwin's Scent of Darkness falls squarely in this category; it's a work of magical realism in which a magically bestowed scent causes a young woman to be irresistible to all who meet her. We're in the realm of fairy-tale gifts here, with the perfume bottle playing the role of a shiny red apple that leads to a glass coffin and a very long nap.

In the course of the novel, the heroine, Evangeline, or Eva, encounters three elderly women endowed with extranormal facilities. The first of these is Eva's grandmother, Louise, who dies early on; she is an "aromata," a woman who considers herself a magician of scent. She's fond of issuing cryptic statements, such as, "I can smell the scent of time clinging to you, closing your body like scar tissue." She bequeaths the bottle of perfume that, paradoxically, Eva isn't supposed to use.

It will surprise no one that Eva succumbs to the temptation (yes, go with the Biblical parallel), only to discover that the scent causes people to follow her irresistibly, if not slobber on her neck and shove their noses into her hair. Eva accepts this turn of events fairly stoically, particularly when Gabriel, a hot medical student, ditches his girlfriend and spends most of his time making love to Eva instead. When he goes off to study in New Orleans, she follows.

The plot proceeds — and now we've left Genesis behind and have entered Macbeth — and dire predictions continue to crop up: "Trouble, toil and perhaps even death itself are in your cards." That particular prophetess — a Madame Susteen — telegraphs her witchy credentials with her mangled quotation, but she's never truly creepy, unlike Shakespeare's women who "look not like the inhabitants o' the earth, and yet are on't." Shakespeare's brand of chilling magical realism has faded to an echo.

The novel's principal problem is not the suspend-your-disbelief nature of Eva's unruly scent or the witches' predictions (this is, after all, magical realism), but Eva herself. She's too dim-witted to think her way through the prophetic rhymes her grandmother delivers in her dreams. She does seem to realize there's something wrong with Gabriel's "love" for her, but does she care? Not really. She claims to be in love with Gabriel but betrays him with Michael, a painter.

There is something of a love story here, insofar as Eva is torn between Michael and Gabriel (the Biblical allusions are as heavy-handed as the Shakespeare overlay). But it isn't really a love story, because both men are bound to Eva not by her own natural appeal (dubious in the extreme), but by her grandmother's scent, the taboo perfume she was unable to resist.

For a while I toyed with the idea that Berwin was drawing on Longfellow's Evangeline, an epic in which the heroine spends her life searching for her beloved Gabriel, only to find him dying. But even though a lot of Evangeline takes place in Louisiana — and, frankly, mortal consequences here would have been welcome — it's clear from the beginning of Scent of Darkness that neither Eva nor Gabriel will die. There isn't even a sense of possible punishment, a la Macbeth. Eva complacently betrays everyone she meets, from Gabriel to her grandmother, without regard for the consequences.

In the end, Berwin's novel is like that mangled Shakespeare quote: a pale imitation whose magic is tedious rather than terrifying.

To readers of romance novels, English professor Mary Bly is better known by her pen name, Eloisa James, but the academic side of her literary personality takes ownership of this review, due to its more critical tone.

Read an excerpt of Scent of Darkness