Accessibility links
Author Interview: 'Living and Dying in Brick City' By Sampson Davis In a new memoir, Sampson Davis describes what it was like to return to the hospital where he was born to become an emergency physician. He says his mother taught him that "once you make it, you have to come back and help other people." 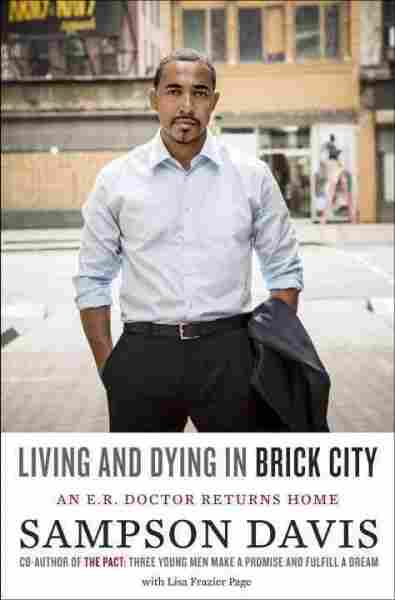 When Sampson Davis was in high school, he and two of his friends made a pact that they would someday become doctors. All three of them did. Along with those friends — and now fellow doctors — George Jenkins and Rameck Hunt, Davis co-authored a 2003 book called The Pact, about that promise and the way it shaped their lives.

Now, in a new memoir, Davis describes his experience returning to the Beth Israel Hospital in Newark, N.J. — the hospital where he was born — as an emergency physician. Davis joins NPR's Scott Simon to talk about the book, Living and Dying in Brick City: An E.R. Doctor Returns Home.

On returning to Newark after becoming a doctor

"My calling was a bit different. It was important for me to come back and become a beacon of hope, if you will, to show young people, especially, that education can change a life. It changed my life, and it saved my life in so many ways."

On encountering a childhood friend, Don "Snake" Moses, in the hospital

"He was a young guy that I grew up with in the streets of Newark. And my past wasn't always perfect. I grew up in a single-parent home with five siblings [in a] drug-infested community. And I always had hopes and aspirations of doing more with my life, but I often say you can't aim for what you can't see. Growing up, I was surrounded by so much negative peer pressure and negativity, it wasn't long before I became a part of that fabric.

"Snake and I was a part of a team that committed an armed robbery when I was 17 1/2. And I often say 17 1/2 because had I been 18, my story would have been written differently. But it was that life experience that changed me around. I was sentenced to two years' probation. And I started back in high school and ... earned straight A's in high school, went off to college, and went down a different side of the fork in the road towards education. And Snake — Don Moses — stayed down the same road of crime, and he was in and out of jail. 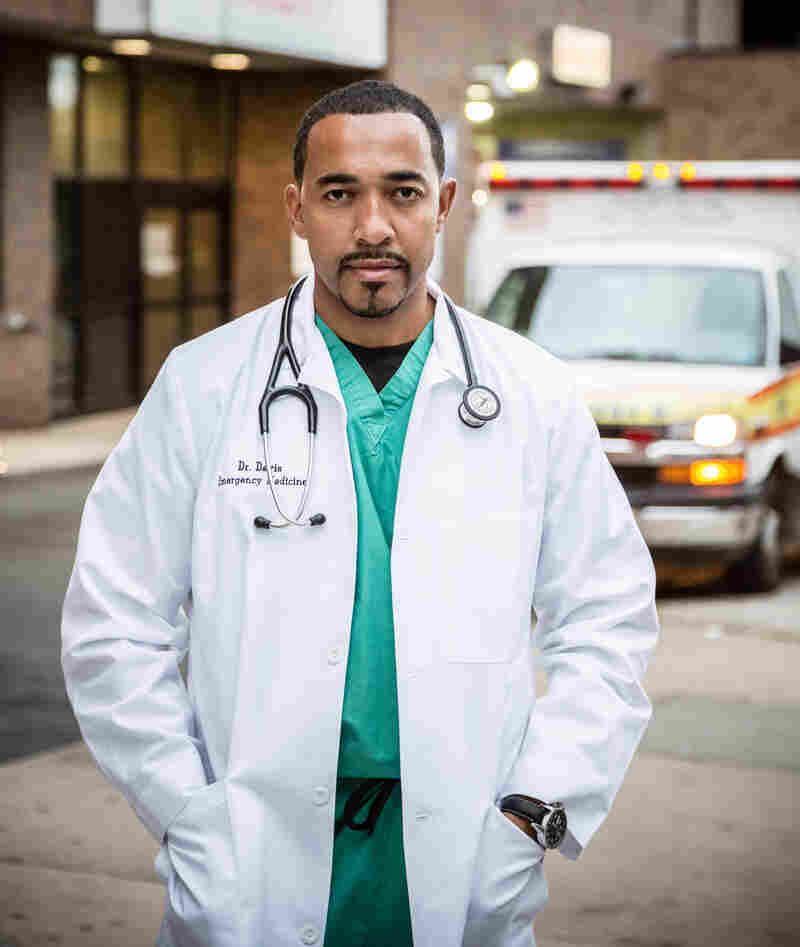 Sampson Davis was born and raised in Newark, N.J. He is an emergency medicine physician and a founder, with two childhood friends, of The Three Doctors Foundation. Rainer Hosch/Spiegel&Grau hide caption 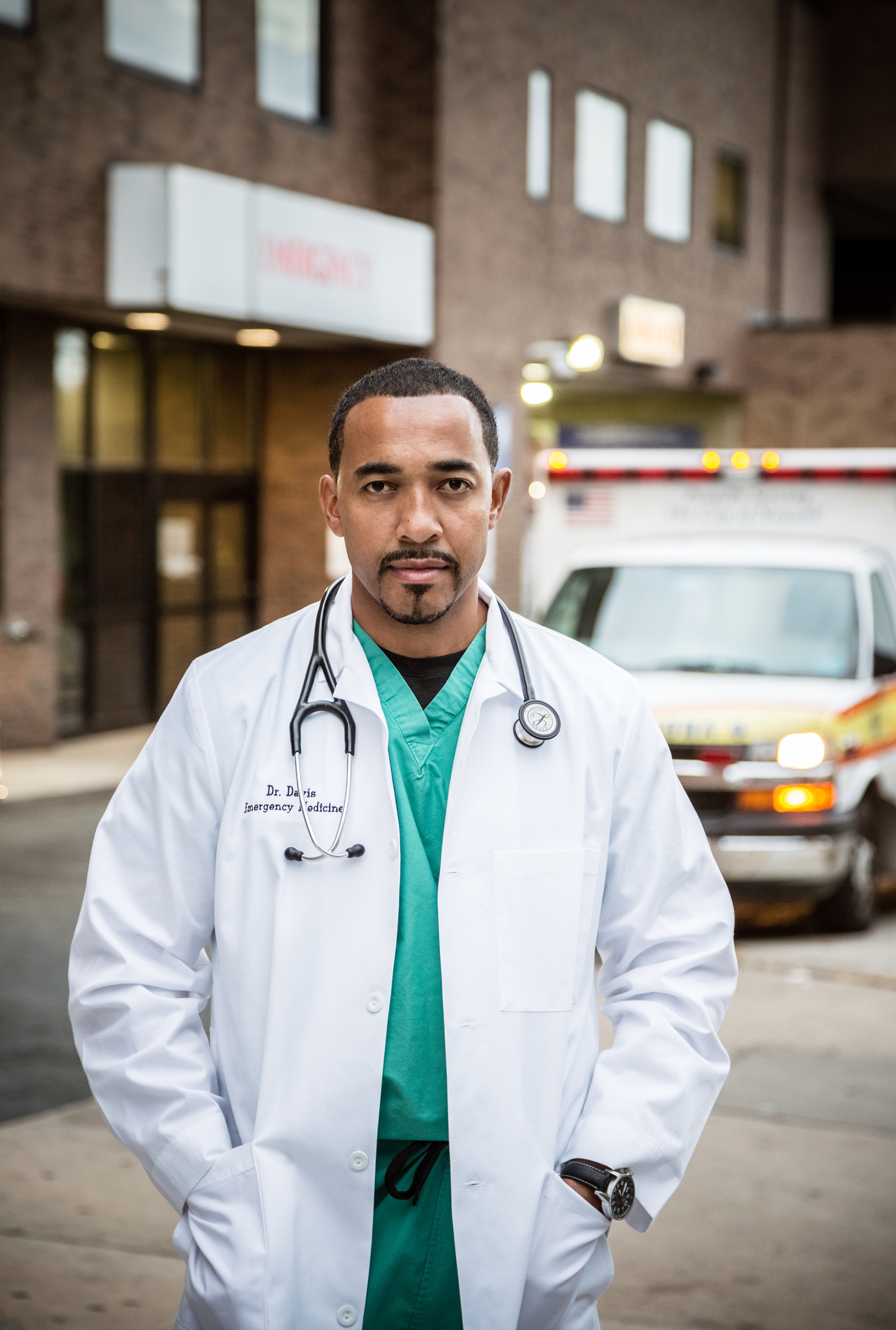 Sampson Davis was born and raised in Newark, N.J. He is an emergency medicine physician and a founder, with two childhood friends, of The Three Doctors Foundation.

"And it so happened that I finished college, I went off to medical school, came back home for my residency, and the first day ... I looked up at the board, and 'Don Moses' [was] written on the board in the trauma room. I'm like, 'Wow, I know that name," and right below was written the word 'deceased.' So, I'm sitting in there, looking at the board and thinking, 'What are the chances that this is the Don Moses that I know?' And unfortunately, I sprinted down to the surgical ICU and his body was taken away, but his family was there. It was the Don Moses that I knew from childhood."

On the need to acknowledge mental illness

"When you look at mental illness, in the inner city community particularly, it's taboo. It's almost like, 'I can't say to another person that I'm depressed, because it destroys, especially as a man talking to another man, it destroys the 'man code,' if you will. But in the book, I refer to a young man that I grew up with who was this bright, happy, young guy who I remember playing basketball with. I left, went off to college and medical school, and I returned. He didn't look the same. He tried to act as if he was happy, but everything about him screamed depression. His depression stemmed from many things: He lost his mother, he lost his girlfriend — his fiancee. And he never [sought] help for it because it was one of those situations that I've come to understand, where you just don't talk about it. He unfortunately took his life. He just spiraled out of control — he had no resources, and no ways of dealing with it or coping with it."

"I think one is attention to the matter at hand and to realize that there is a need that exists in the cities as far as health care. Not only in the cities but in a great amount of rural areas, as well. I also feel that there has to be a program in place that encourage[s] youth from the beginning to become doctors, to become health care professionals. There has to be more programs that exist ... to help the students matriculate through high school, through college, through medical school. Because more often, just like myself, you come back. You come back to home."

On feeling the responsibility to give back

"Through my mother's way of handling life, she always made sure that I understood the need to give back ... She always said, 'Once you make it, you have to come back and help other people.' Too often, in Newark especially, I see so many professionals that do make it out — they don't return. And I think that's a crime in itself ... You have to have some social consciousness to give back, to be a part of making it better tomorrow."

Read an excerpt of Living and Dying in Brick City