Accessibility links
At 50, Does 'Feminine Mystique' Still Roar? In 1963 Betty Friedan published a groundbreaking work that empowered a generation of women. With World War II over, women who had been working were told to find fulfillment at home. "The moment was so pregnant and ready for an explosion," says New York Times columnist Gail Collins. 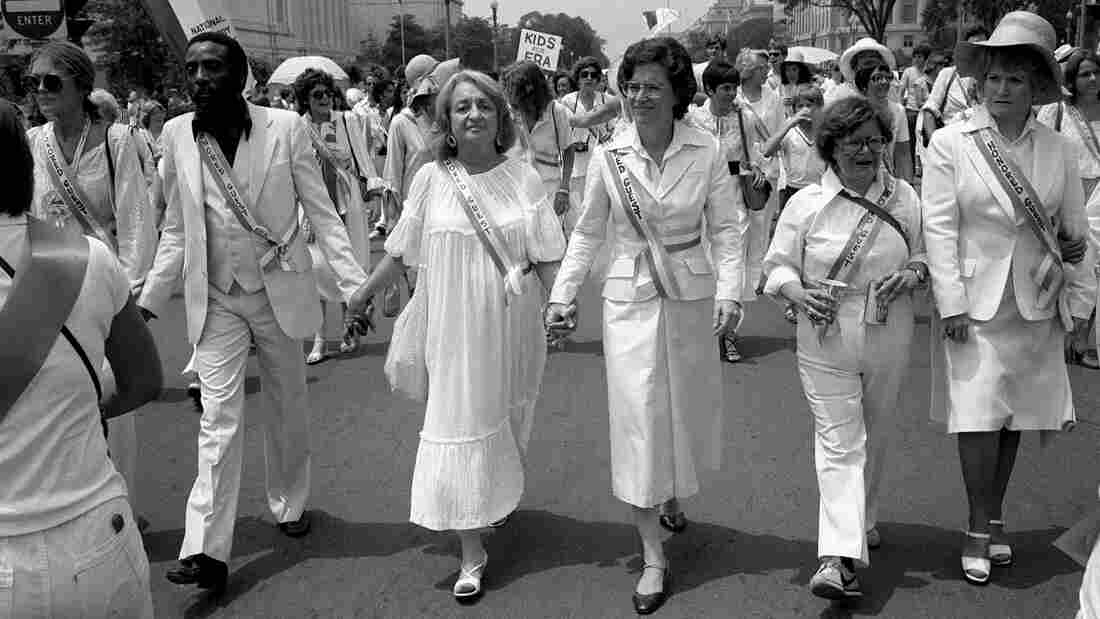 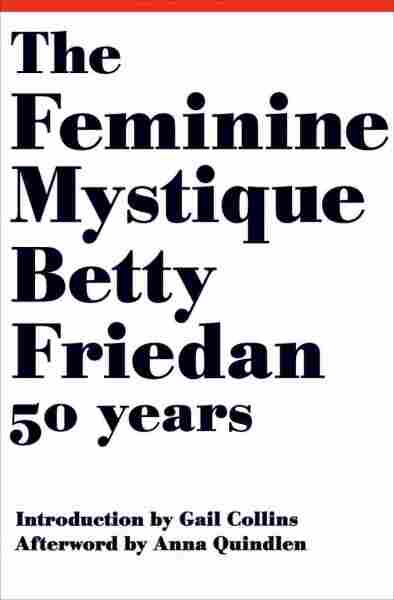 In 1963, Betty Friedan called it "the problem that has no name" and then proceeded to name it — and the name stuck. The problem was "The Feminine Mystique," which was also the title of her groundbreaking book, published 50 years ago.

Since its first publication in 1963, millions of people have read The Feminine Mystique. These days, many people read it in college — often in women's studies classes. Even so, when we talked with some young women in downtown Washington, D.C., many knew little or nothing about it.

But today's young woman can be forgiven for not feeling the urgency to read The Feminine Mystique that their mothers might have felt. It's probably hard for them to understand the way things were when Friedan decided she had enough.

"There's very seldom that you get a book that is so of the moment," says New York Times columnist Gail Collins, who was a teenager when the book first came out.

It was post-World War II America. The suburbs were growing exponentially and the economy was booming. A lot of women had worked outside the home during the war, and a significant number of women had gotten a college education. Now, they were all being told to stay home and find their fulfillment in taking care of their husbands and children.

"The moment was so pregnant and ready for an explosion," Collins says, "that all you needed was somebody just sitting there and saying: Look at that ad. They think you are so stupid. They have contempt for you. They hate you. Take look at that again. That's all you needed."

When Friedan wrote The Feminine Mystique she was both a suburban housewife and a freelance writer who worked mostly for women's magazines, which were run by men. The book, says Collins, was neither a sociological tract nor a political manifesto. 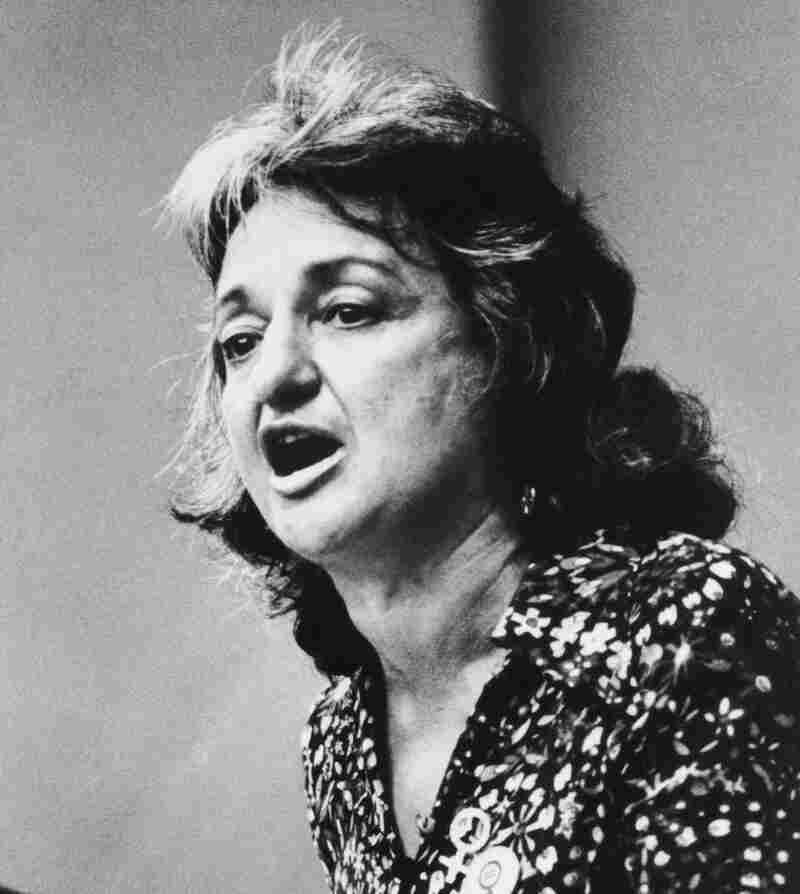 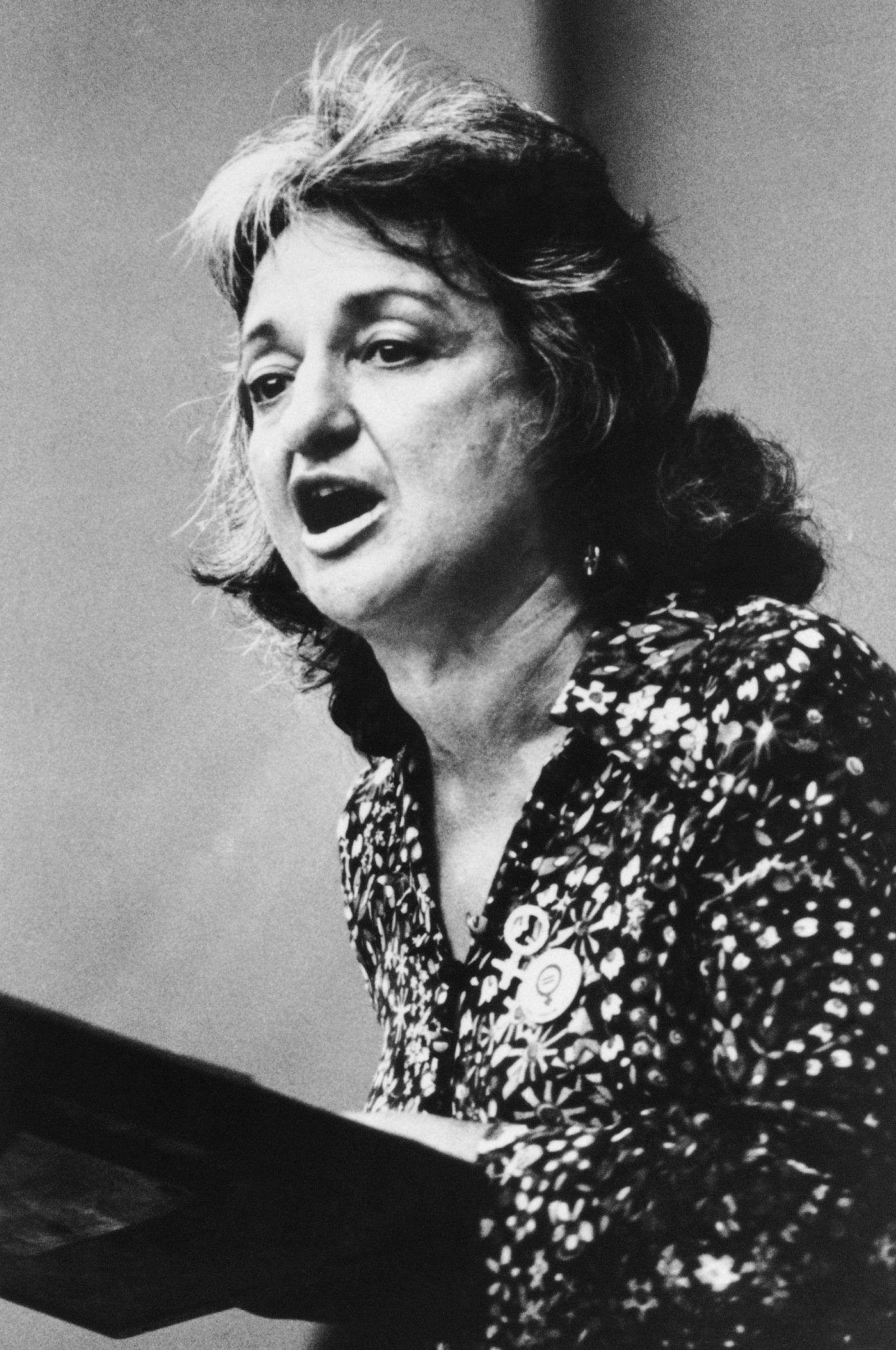 Betty Friedan, co-founder of National Organization for Women (NOW), speaks during the Women's Strike for Equality event in New York on Aug. 26, 1970, the 50th anniversary of women's suffrage.

"It's totally personal," Collins says. "You know the great criticisms of the book over the years — all of which are certainly true — that it didn't take into account working women, that it didn't take into account minority women, those people are totally absent. Laws are totally absent, discrimination in the workplace, none of that stuff. It's all a very personal, white middle class, college educated woman's howl of misery and anger at the place where she has found herself."

Hanna Rosin, author of The End of Men, was in her 20s when she first read the book. She was surprised by how personal it was and by Friedan's anger as she systematically laid out the case against a male-dominated society that was determined to keep women in their place.

Fifty years later Rosin says, The Feminine Mystique is still relevant especially when it comes to our understanding of women and domesticity.

"We still thoroughly associate women with domesticity and keeping of the home," Rosin says. "There's some argument to make that the circumscribed world that Betty Friedan was describing — I wouldn't say it made women happier, but it made one at least know what one's place was in the world and not have this sense that everything was up for grabs and you had to be good in every single sphere like taking care of the home, taking care of the children, working, your job, being ambitious.

"And so women haven't really given up the spheres she described they controlled, they've just taken up new ones."

Jessica Valenti is a feminist author and writer. At 34 she says women her age and younger are actively engaged with feminism but not necessarily in traditional forums — they are on the Web and social media trying to figure how to move the discussion forward.

"I see a lot people who are discouraged that we are still having the same conversation," Valenti says. "We've seen all these policy changes, we've seen incredible laws, we've seen Roe [v. Wade], we've seen the Violence Against Women Act, but we're still kind of fighting for implementation and we're still really battling the cultural battle and looking for cultural shifts."

Valenti says one of Friedan's most powerful legacies is her anger. She says young women shy away from that emotion because they don't want to be labeled "angry feminists."

"But we forget that that anger is justified and that it's OK to be angry and that anger can be useful and energizing," Valenti says. "I think anger around sexism, around income inequality, around domestic inequality is really righteous and really relatable."

So if you want to understand the passion that helped fire up the modern women's movement there may be no better place to start than with The Feminine Mystique.