Accessibility links
'We Need To Talk': Missed Connections With Hyperconnectivity In a world of increased virtual connections, are we missing something? Weekend Edition Sunday is exploring a few of the places where technology can actually drive us apart and make real intimacy tough: in our romantic relationships, with our kids, even in the workplace.

MORE IN THIS SERIES 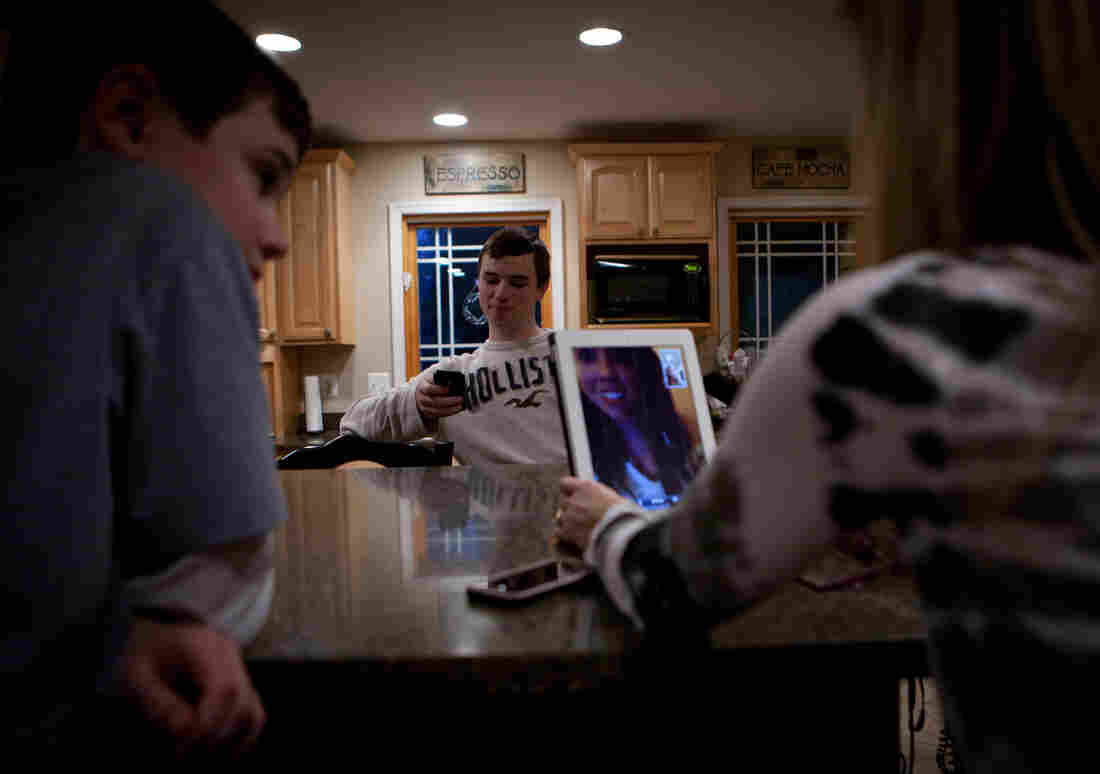 The Jordans use an iPad to talk to their daughter, Kelly, who's at school in Pennsylvania. Marie McGrory/NPR hide caption 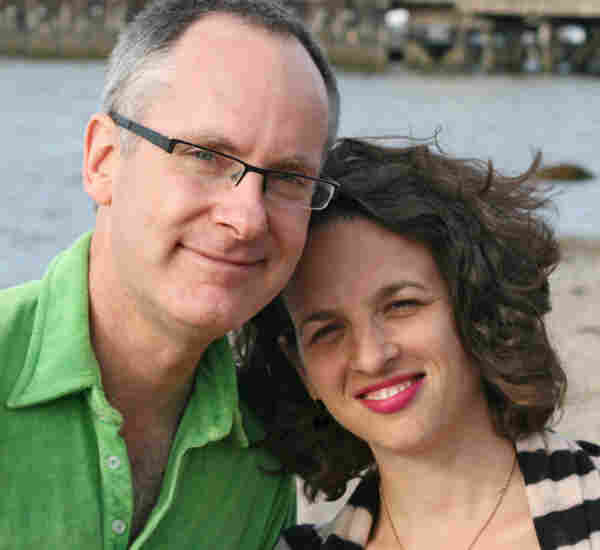 Rob Cottingham and Alexandra Samuel say their relationship is stronger because they communicate so much via social media. Courtesy of Rob Cottingham hide caption 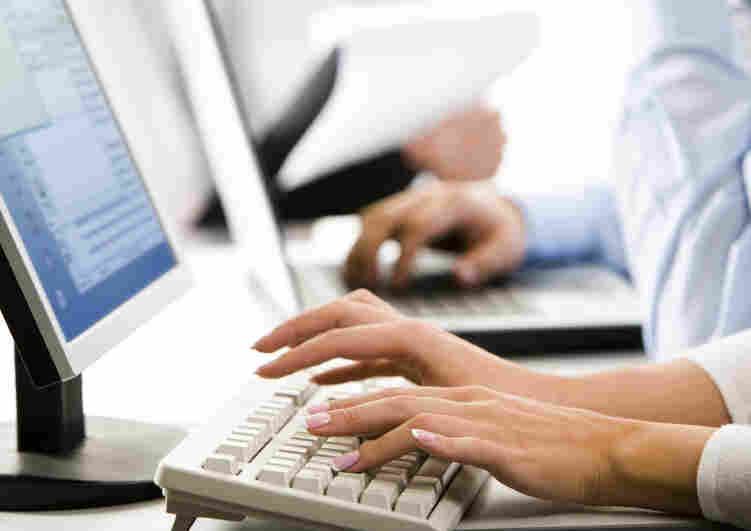 CEO Shayne Hughes thought his staff had become too dependent on email to communicate. So he launched an experiment: no internal email for one whole week. iStockphoto.com hide caption

For Valentine's Day, maybe you'll post a photo of your loved one on Facebook, tweet out a love poem or text-message your secret crush. But as we make those virtual connections, are we missing something?

Weekend Edition Sunday is exploring a few of the places in our lives where technology can actually drive us apart and make real intimacy tough: in our romantic relationships, with our kids, even in the workplace.

So how did we get here? Sherry Turkle has thought a lot about this. She's a professor of the social studies of science and technology at MIT. On the one hand, she says, barriers broken online can help people connect with others more deeply. But in hundreds of interviews about communications, the phrase Turkle hears the most is: "I'd rather text than talk."

"We're also moving into a world where we're truncating our communications, making them briefer and briefer, where sometimes we're willing to sacrifice conversation for mere connection," she tells Rachel Martin, host of Weekend Edition.

There are benefits to backing off from confrontation, Turkle acknowledges. Some couples use email to fight, giving themselves time to cool down.

"On the other hand, there's something very useful about learning how to be in a conversation where you have strong feelings and to experience someone else's anger and your own and to control your feelings but to experience the humanity," says Turkle, author of Alone Together: Why We Expect More from Technology And Less from Each Other.

Technology, Turkle says, can be a way of making relationships "less messy." For example, when a teenager tries to get out of dinner with his grandparents, sending a text is less involved than calling.

"In other words, that sense that someone is waiting for him, that there's expectations, that there's human desire and expectation here," she says. "And that's what we're getting out of. We just type, 'I'm not coming.' Send."

Turkle is not arguing that we wistfully look back on the Internet-free days of the past.

"I'm arguing that if you want to put intimate conversation in your life, you need to leave a little space for it," she says.

"We all get to keep our phones and love our phones, but now that we're into a more mature use of the technology, we also need to be able to say, 'For this conversation, we need to talk.' "