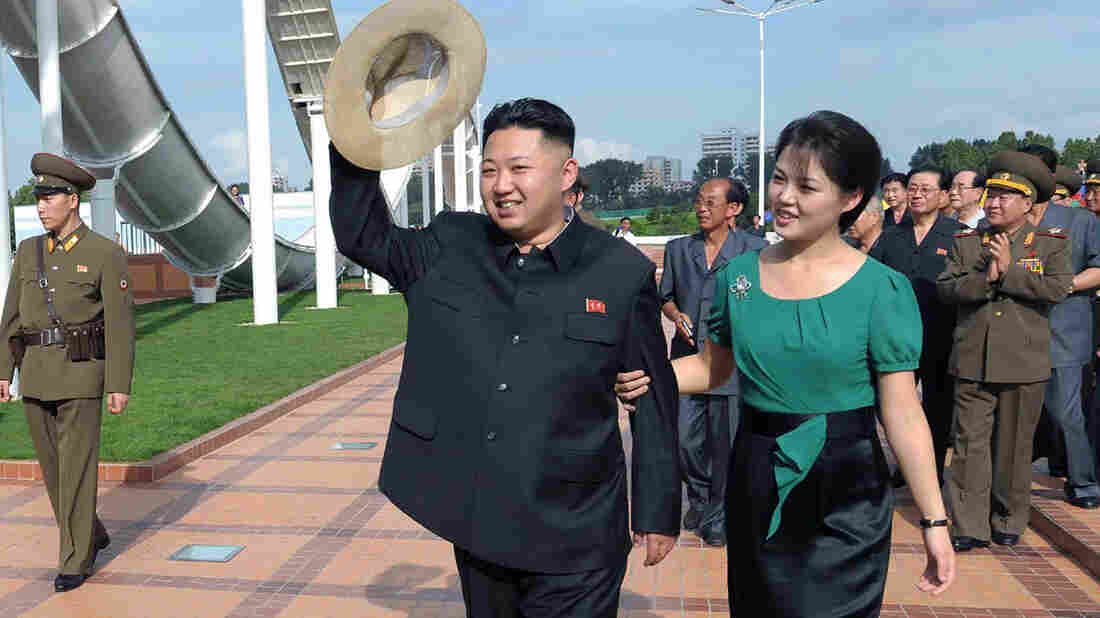 North Korean leader Kim Jong Un, accompanied by his wife, Ri Sol Ju, in a photo released last summer. For North Koreans, it was stunning to see the first lady at the leader's side. But North Korea still produces heavy-handed propaganda as well. Uncredited/AP hide caption 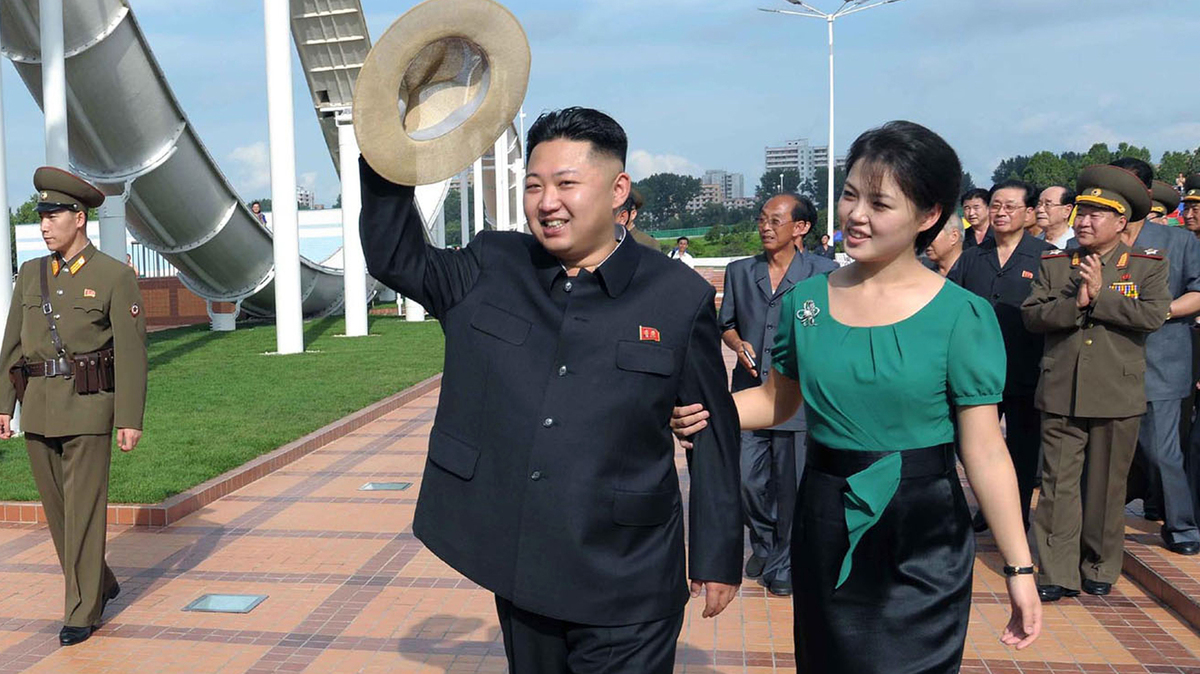 North Korean leader Kim Jong Un, accompanied by his wife, Ri Sol Ju, in a photo released last summer. For North Koreans, it was stunning to see the first lady at the leader's side. But North Korea still produces heavy-handed propaganda as well.

Ahead of North Korea's latest nuclear test, the country launched a preemptive barrage of propaganda aimed at the West. But in the age of the Internet, has such ham-fisted messaging lost its punch?

The latest North Korean video, released on YouTube last week in apparent anticipation of Tuesday's test, is something of an amateurish production.

It portrays a young Korean man dreaming of a nuclear missile strike on the U.S. An instrumental version of "We Are the World" plays incongruously as an accompaniment to his reverie, amid scenes — allegedly lifted from a U.S.-made video game — of a nuclear holocaust in Manhattan.

(The video has since been taken down amid accusations of copyright infringement, but you can still view it here at Live Leak and elsewhere.)

Lawrence J. Prelli, a professor of communications at the University of New Hampshire, calls the "nuclear dream" production "clunky and tone deaf" but in line with the sort of propaganda that North Korea has pumped out in the past.

Prelli points to this recent release, which seems to oddly hark back to some of Disney's World War II-era propaganda films.

State Propaganda In The Internet Era

State-sponsored propaganda was once a mainstay of Cold War attempts to persuade — or bully — the masses to fall in line. Can it survive the scrutiny of potentially millions of online commentators who can expose its untruth?

In the case of the North Korean video, "the message itself isn't going to resonate with a very wide audience," Prelli says.

Since very few North Koreans have access to the Internet and South Koreans are officially blocked from North Korean websites, the message seems to be aimed elsewhere, Prelli says.

Brian Anse Patrick, a communications professor at the University of Toledo and author of The Ten Commandments of Propaganda, speculates that the YouTube videos are doing double duty.

"They have their own state-controlled media service, so I am sure this is now the equivalent of Korean MTV," he says. "The North Koreans are not as savvy or sophisticated consumers of media as we are. This is probably pretty good stuff for them."

A Way To Create Tension

Even so, the videos don't need to be very sophisticated to have an impact internationally. While few people would take their message seriously, they "keep the tension going and I think the Korean government very much depends on that."

Internally, they "keep the adrenaline high, this sort of constant hyper state of mobilization" that makes it easier for North Korean leader Kim Jong Un to maintain power.

Anthony Pratkanis, a psychology professor at the University of California, Santa Cruz, agrees. "If the audience is international, they are sending up a dud," he says.

But the modern media are a bit of a double-edged sword for propagandists, says Pratkanis, who specializes in social influence and persuasion.

On the one hand, it's an unprecedented vehicle for getting the message out, monitoring its reception and homing in on the right message and the right target audience. On the other hand, there's "Baghdad Bob."

Iraqi Information Minister Mohammad Saeed al-Sahhaf, aka Baghdad Bob, was a daily fixture — and the butt of late-night comedians — for his animated 2003 television appearances during the Iraq War that invariably proclaimed the impossibility of a U.S. victory over the regime of Saddam Hussein.

Just like Baghdad Bob, anyone trying to dessiminate international propaganda risks being exposed by the easy availability of the evidence.

By contrast, the same message could be very compelling for North Koreans, he says.

Pratkanis says the script North Korea is following is not far off from the one that Nazi propaganda chief Joseph Goebbels followed in the closing days of World War II.

Just like North Korea and the United States, "in Germany, Goebbels had his scapegoats — the Jews obviously, but also fear of the Soviets."

But Goebbels used the V-2 rocket — advertized as a superweapon that could turn the tide — to buck up the Germans' flagging morale.

His message: " 'We've been working on a secret technology that is going to change the whole history of the world. We're going to win this war. When we have this technology, we're going to bring Britain to its knees.' And their American allies would soon follow. This was a phantom dream to give hope to an internal audience."

Given the risks of underestimating North Korea, the West might do better to study, rather than laugh at, its propaganda, he says.

Just like the denouement of the Hitler regime, North Korea faces a struggle to maintain a grip on the population amid desperation and hunger.

"Propaganda is a window into what this regime might be thinking," he says. "A thoughtful person would ask, 'What are they saying here, what is going on?' What it says to me is that it's a very difficult situation, bordering on desperate."