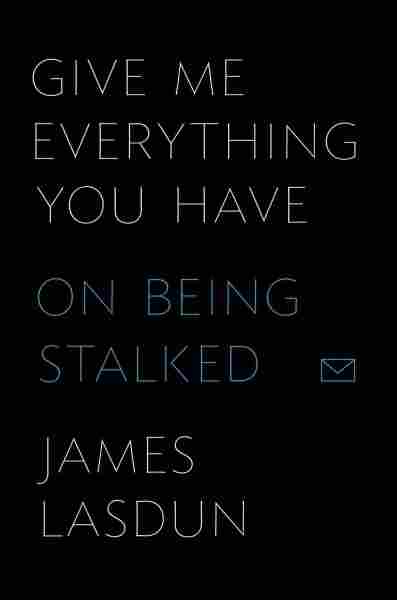 Give Me Everything You Have

Over the past week or so, I've mentioned James Lasdun's new book, Give Me Everything You Have to a bunch of colleagues; they've all heard about it already and they're all dying to read it. What Amy Chua's Battle Hymn of the Tiger Mother was to parenting a couple of years ago, Lasdun's Give Me Everything You Have may well be to teaching: a controversial personal reflection on the professor-student relationship — except Lasdun, unlike Chua, really has no advice to offer; no certitude, nor help for pain. His memoir attests to the fact that in the confusing Age of the Internet, we are all as on a "darkling plain," at the mercy of assault by email and wiki rumor.

The cautionary tale Lasdun tells is this: In 2003, he was teaching a graduate seminar on fiction writing at a college in New York. One of his students, whom he calls "Nasreen," is a 30-something woman who shows special promise; Lasdun becomes her thesis adviser. She graduates and, in the way of most students, disappears from Lasdun's life. Two years pass, and then one day, Lasdun receives an email from his old student, Nasreen. She asks him for help with her novel. They begin corresponding and, as Lasdun admits: "Not being her 'professor' ... at that period, I had begun to experience a shift in my feelings for Nasreen, from the slightly harassed sense of obligation I'd started off with to a more human, straightforward feeling of affection." Fair enough. Most of us who teach have experienced this same shift with certain old students, from formal mentor to "Hey, call me by my first name"-type friend. Lasdun captures that shift, and throughout the memoir he writes incisively about the gradations of intimacy that mark the student-teacher relationship.

What happens next, though, is, thankfully, not as common. Nasreen's emails become flirtatious. Lasdun, who presents himself here as a happily married family man, is taken aback and grows cooler. Increasingly bizarre emails from Nasreen begin flooding Lasdun's inbox: manic and eventually threatening, anti-Semitic and obscene. The first truly creepy email reads, in part: "James ... I'm still unsure why you dislike me so. I rather liked being your little pup." Uh-oh. Nasreen goes on to make threats "to ruin him" and displays an inventive flair for doing so. Various editors Lasdun has worked with receive emails denouncing him as a plagiarist and sexual predator; Nasreen impersonates Lasdun on the Web, scheduling, for instance, sales appointments with a Hummer dealer. His Wikipedia entry is tampered with, and nasty reviews appear on his Amazon sites. As Lasdun drolly admits, he quickly becomes a "compulsive self-Googler" — "a malady" he says that sounds like it was derived from "some Victorian hygiene pamphlet." Desperate, he consults the FBI, NYPD and several lawyers. They're hesitant about helping; after all, it's only Lasdun's word against Nasreen's, and, in any event, the amorphous nastiness of the Internet is impossible to contain.

James Lasdun was born in London and now lives in upstate New York. He has published two novels, as well as several collections of short stories and poetry, and was the winner of the inaugural U.K./BBC Short Story Prize. Nina Subin/Courtesy Farrar, Straus & Giroux hide caption

At this point, I, too, must say that we wary readers only have Lasdun's side of the story. I'm a little nervous about the fact that he's sloppy about the wording of a key quote he cites twice and attributes to George Eliot and, at times, he veers off into myth and literature and seems to sidestep crucial questions about what actually happened. The power, however, of Give Me Everything You Have extends beyond the Fatal Attraction lure of its suspenseful narrative. Lasdun meditates on the larger issues raised by cyberstalking, especially on the historical changes in the concept of controlling one's "reputation." Lasdun says:

"The multiplying effect of the Internet — the knowledge that anything on it can be infinitely reproduced — is a further element in the alarm this kind of attack induces. Who else has seen what you have seen? ... Who has copied it, posted it elsewhere, emailed it to a friend? One never knows ... "

As an intellectual, Lasdun fights back, ultimately, by writing this book. Give Me Everything You Have is a fierce and compelling memoir, but reading about Lasdun's agonizing ordeal by cyber-slander, I wonder if this might not be a case where it's more useful to know Tony Soprano rather than Thomas Mann's Tonio Kroger.

Read an excerpt of Give Me Everything You Have