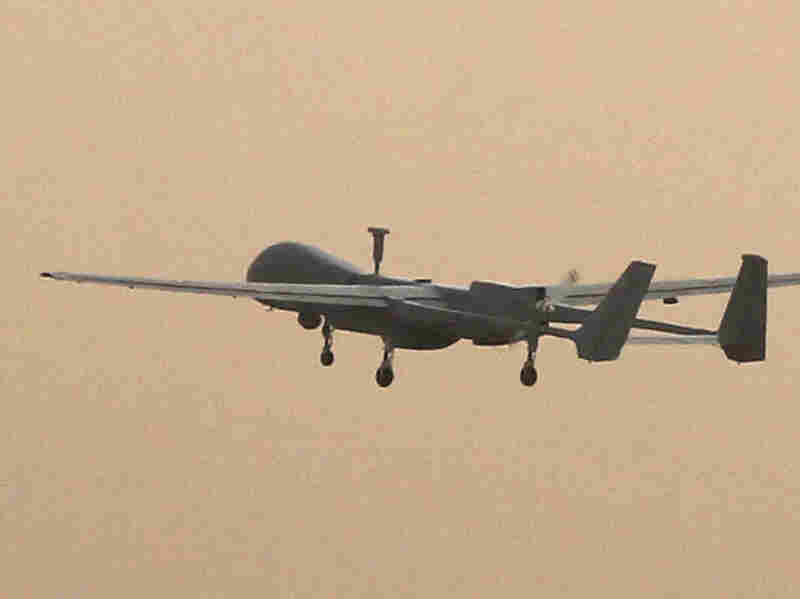 A French military drone takes off in December 2010 from a U.S. airbase in Bagram, Afghanistan. Joel Saget/AFP/Getty Images hide caption 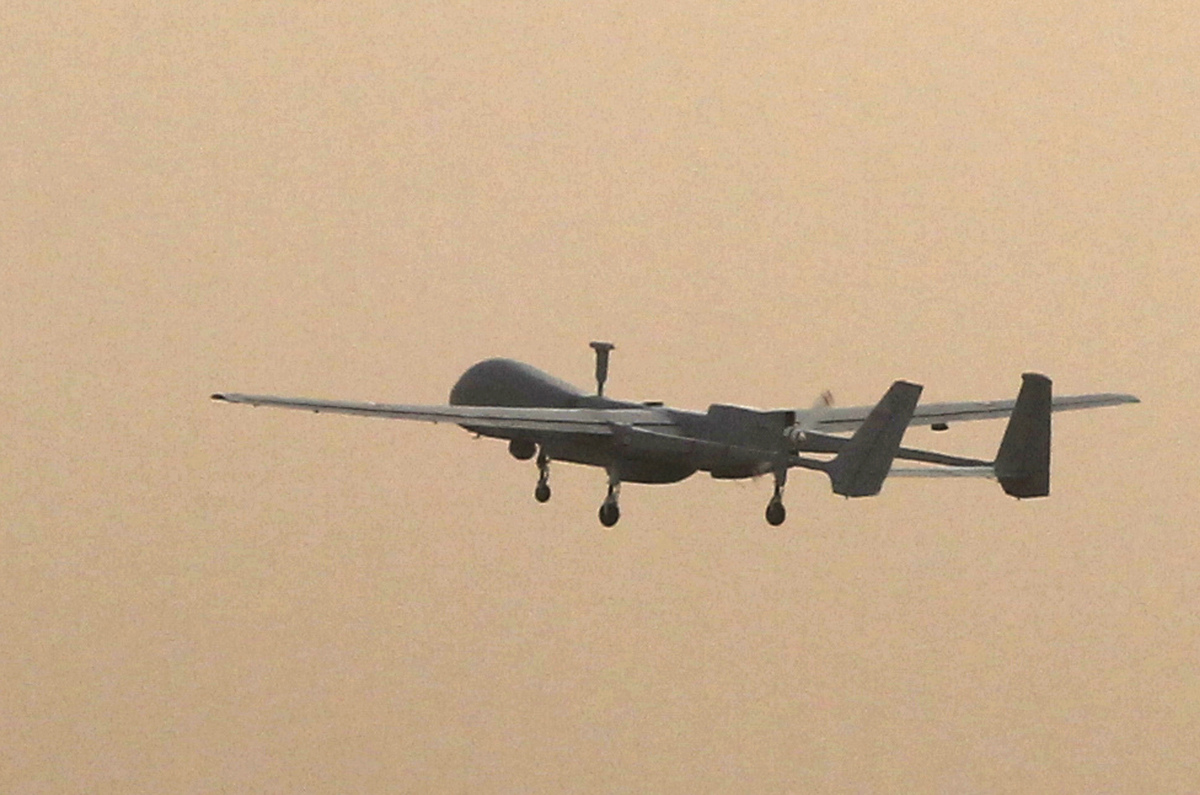 A French military drone takes off in December 2010 from a U.S. airbase in Bagram, Afghanistan.

New York Times reporter Scott Shane and colleague Jo Becker reported last year that the Obama administration has a list of terrorists targeted for drone attacks, and that the president personally approves such strikes.

The administration has been trying to keep details of its drone program under wraps, arguing that to make it public could threaten national security. Shane has reported numerous such stories.

Last week, he wrote that the U.S. has a military base in Saudi Arabia from which they launch drone strikes. Several news organizations, including the Times, had known for months about the drone base, but had been sitting on the information at the urging of the Obama administration.

But the location of bases, says Shane, was not the most interesting part of the story.

"The most interesting part of this story," he tells Fresh Air's Terry Gross, "is how are we using a new military technology in countries where we're not at war to kill suspected terrorists? How's that going? What are the long-term consequences? Is this the way we'll be dealing with multiple problems perhaps even beyond terrorism in the future? Those are the questions that interest me."

Those killed in the strikes include Anwar al-Awlaki, an American citizen who was reportedly working with al-Qaida when he was hit in Yemen in 2011. 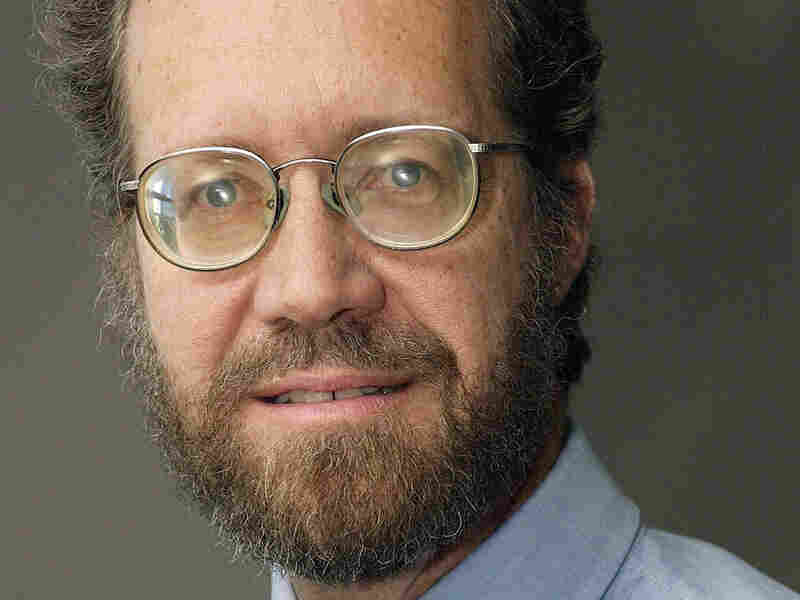 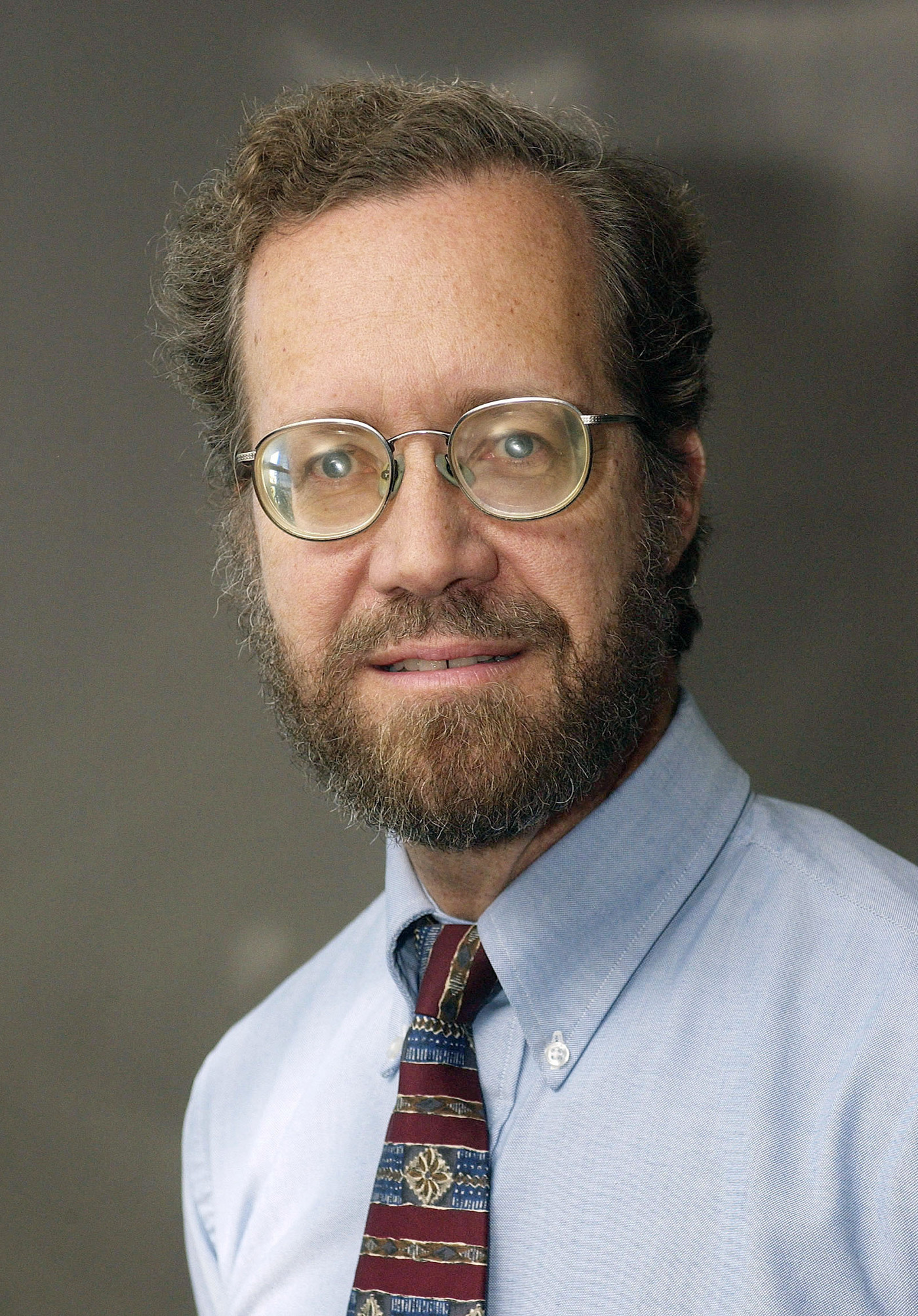 Shane and his colleague at The New York Times, Charlie Savage, filed a Freedom of Information Act lawsuit against the Justice Department to get access to a 2010 memo from the Office of Legal Counsel that lays out the justification for the targeted killing of American citizens.

The memo provides insight into the government's justification for what Shane says is "something novel and extreme — in a way — such as killing an American citizen in another country without trial and without criminal charges as part of a counterterrorism operation."

On helping break the story last May that the Obama administration had a targeted kill list, and that the president approved attacks

Death By Drone, And The Sliding Scale Of Presidential Power

"President Obama, we're told, wanted to be very hands on, and he insisted on approving all strikes outside of Pakistan. ... He also wanted to sign off on the more high-risk strikes in Pakistan, which, we were told, amounted to perhaps a third of the strikes in Pakistan. But it was quite extraordinary in the sense that you had actual target approval by a president. You usually think of this stuff as distanced from the president ... or at least his hands kept clean of the details of this kind of thing. But he insisted on being very involved, and that has all kinds of, I suppose, political reverberations both good for him and perhaps bad for him."

"I don't think it's that [President Obama is] bloodthirsty and really enjoys trying to put people's names on lists to be killed. I think there's a certain wariness — probably a proper wariness — that any president would have towards agencies. Agencies kind of want to do what they're good at doing, or what they're job is.

"So certainly, according to what we've heard, both the CIA and ... the element of the military that does these strikes are pretty aggressive. They want to find targets and kill them, and so I think the role of the White House — the role that President Obama assigned to the White House — was, and to himself, was really one of restraining the agencies, double-checking the agencies, making sure that at this sort of broader strategic, political level, that there was good judgment being exercised, that you weren't taking a shot in a very marginal situation or for a marginal gain and risking a big backlash that would put the United States in a worse position."

"As far as we're able to tell in this very secretive process, there's one process for the military which is quite interesting because it can involve as many as 100 people watching on video monitors in multiple agencies, and somebody presents a set of possible targets — these are individual nominations, as they call them — to the kill list.

"People even refer to these as 'baseball cards' sometimes because it's essentially: Here's what the guy's name is, here's his age, here's his background, here's what we know about him, here's why we think he's a dangerous terrorist. And then it's all kicked around on this secret — but fairly open within the government — process where an agency, perhaps on the periphery of this, like the State Department, can say, 'You know, we think that guy is not important enough to kill,' or, 'We have different information. We don't think he's that bad,' or, 'We think if you took a shot at him it would disrupt our relations with such and such a country, and we don't think it's worth it.' There's really kind of a debate which ends up with either a name on the list or a name not on the list."

"The very interesting question that has arisen as the U.S. has pioneered this technology is: What happens when the Russians, say, send an armed drone into Georgia to the south claiming that there's a Chechen terrorist that's hiding in Georgia? And they have no other way to kill him and so they're going to kill him with a drone missile?

"It's going to be a very interesting moment internationally and for the United States, because the Obama administration — if that's who's in power — is going to have to say, 'We accept this because they're doing exactly what we do,' or they'll have to somehow make a distinction between what the Chinese or Russians are doing and what we've done in the past.