Accessibility links
Author Interview: David Cunningham, author of 'Klansville, U.S.A.' Author and sociologist David Cunningham speaks with Fresh Air's Terry Gross about the origins of cross burnings and white hoods, and why North Carolina had more Klan members during the height of the civil rights movement than all other Southern states combined. 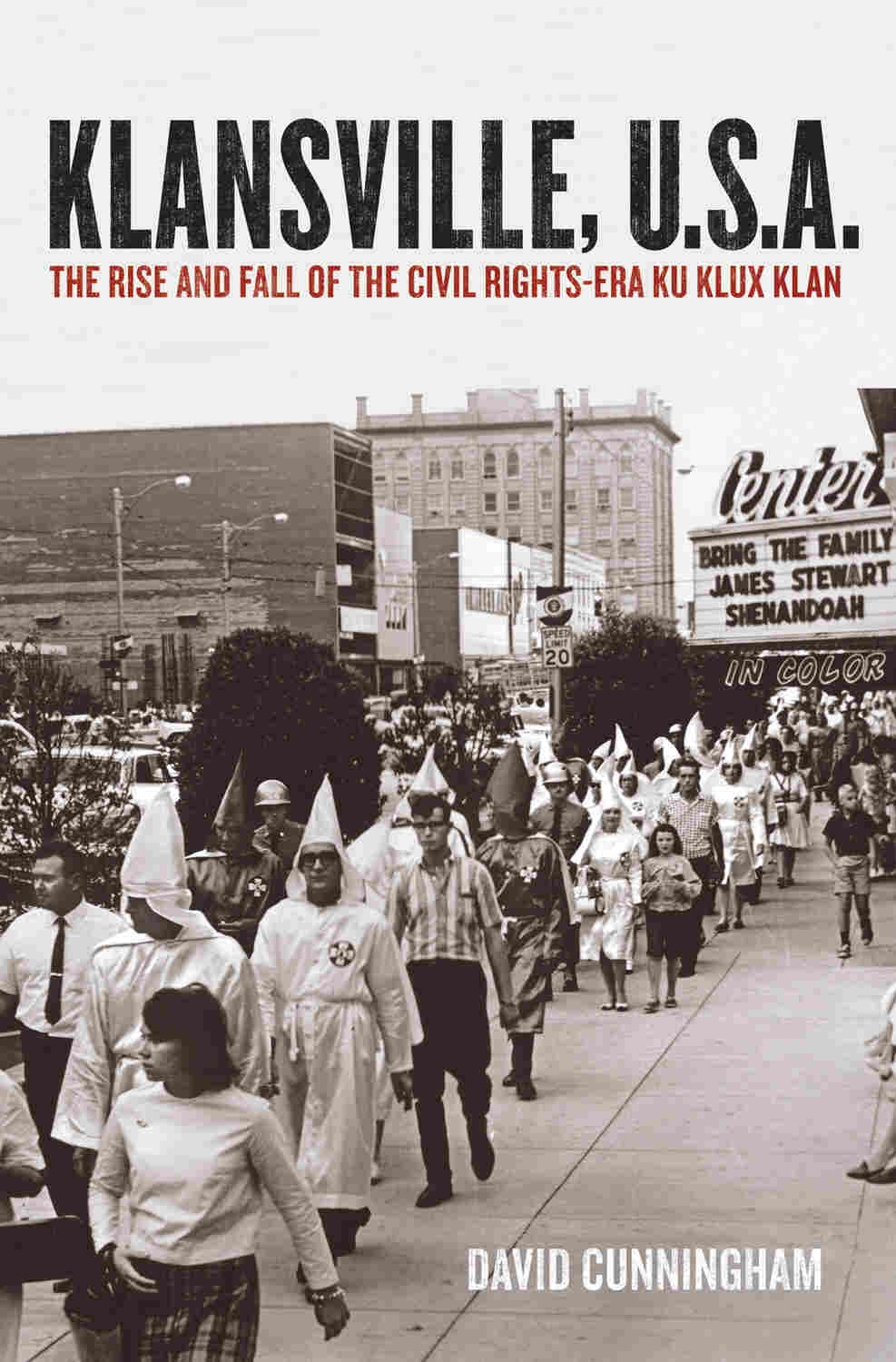 As the civil rights movement gained momentum in the 1960s, Ku Klux Klan activity boomed. That fact itself may not be surprising, but in the introduction to his new book, Klansville, U.S.A., David Cunningham also reveals that, "While deadly KKK violence in Mississippi, Alabama and Georgia ha[d] garnered the lion's share of Klan publicity, the United Klan's stronghold was, in fact, North Carolina." North Carolina, Cunningham writes, had more Klan members than the rest of the South combined.

Cunningham's book focuses on the rise and fall of the KKK in the U.S., and specifically in North Carolina. The violence and terror tactics of the Klan aside, one of the things that jumped out at Cunningham during his research was the Klan's organization: what it was able to do on a daily basis, and how that shaped its place in communities.

"What they would do is they would be holding a rally somewhere in the state almost every night of the year in North Carolina," Cunningham tells Fresh Air's Terry Gross. "The rally would be in the evening ... largely because they would want it to be dark by the time they had the climax of the rally, which would be an enormous cross burning prior to the rally. They would have these marches — these street walks — that would go down the main street of the town, and they would get mostly members, and they would have them in regalia. And what they were trying to do was create a public presence and try to say, 'This isn't an organization that just works under the cover of darkness: This is an organization that's out in the open.' "

While Klan activity these days is marginalized, Cunningham says its legacy is powerful in communities where the Klan was once active.

He says that in North Carolina — and throughout the South in general — places that were once KKK strongholds now "have significantly higher rates of violent crime than other communities where the Klan wasn't active." 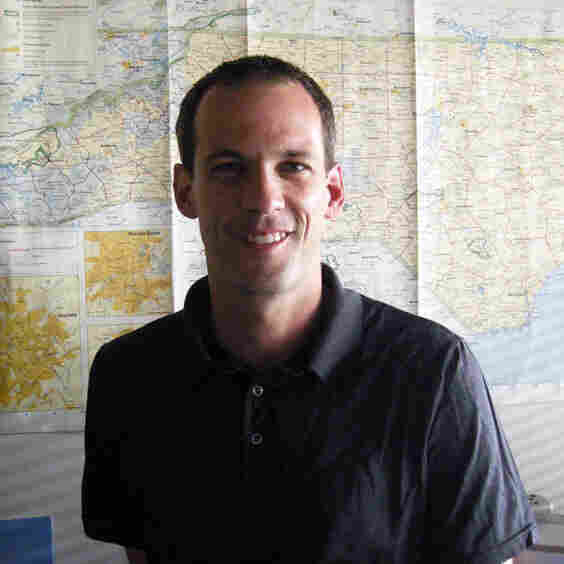 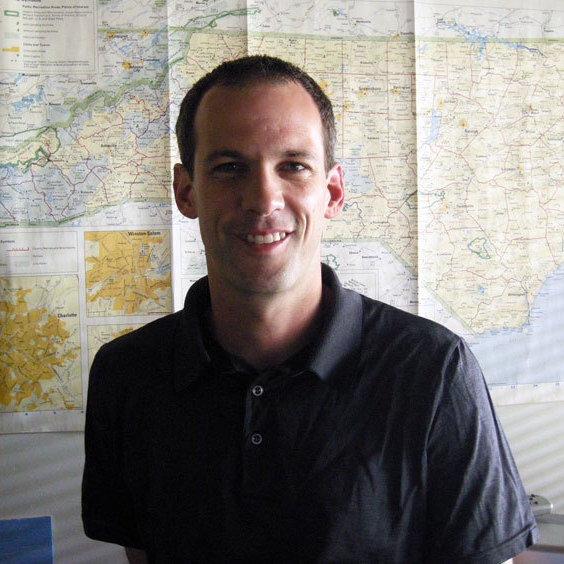 David Cunningham is an associate professor of sociology at Brandeis University.

"Shelton was certainly proud that he was a Klan leader. He really was the sort of person — and even 40 years afterwards, when he hadn't been formally in the Klan for a 20-year period at that point — he would talk that the Klan was a birthright. And he would also just talk about it as his identity. No matter what else he did, at heart he was always a Klansman. ... When I saw him in 2002, he drove up to our meeting in a powder blue Lincoln Town Car with a vanity plate in front of the car that read 'Never,' which was the defiant segregationist slogan throughout the 1960s, and in a lot of ways it was an anachronistic scene because he was talking about the Klan as if it was ever-present in his life. He had all the trappings of what it would mean to be a Klan leader, but everything that gave him his power ... had sort of dissolved away, and he was left there in place and in time."

On the origin of the burning crosses

"So far as we know, no crosses were burned by the original wave of the Ku Klux Klan in the 1860s. That original incarnation of the Klan — which is often referred to as a 'first wave' — disappears by the early 1870s, and the Klan really remains dormant for about 45 years. In 1915, you see a couple of things happen. One, the film Birth of a Nation is released, and Birth of a Nation very much nostalgically looks back at the Klan as this heroic force after the Civil War to restore order in the South and restore racial order to the South. And in that film, a cross burning is portrayed, and a man named William Simmons, who is living in Atlanta at the time, uses the Atlanta opening of the film as a way to create the Klan's rebirth. What he does as the Klan's first public act is to organize a rally that features a cross burning on Stone Mountain outside of Atlanta. So cross burnings really were a fictional symbol that appear in this film that are then taken up by the reborn Klan."

On the logistics of burning the crosses

The act of this enormous cross burning became an act of compelling theater and also the sort of signal of what the Klan was able to accomplish organizationally. But more insidiously, what crosses were doing were sending very targeted signals of intimidation and terror.

"The crosses they burned there were often 60 or 70 feet high, so these are enormous crosses they were burning. In itself [they] were just a symbol of how ambitious the Klan's organization was, because [the Klan] was having a rally somewhere in the state every night. They were felling new trees. They would strip the bark away. They would cover it with four layers of burlap that they would douse in kerosene and gasoline mixture, and then they would have to get a front loader and dig a 4-foot hole and have all these guy-wires attached to it and erect these crosses. So the act of this enormous cross burning became an act of compelling theater and also the sort of signal of what the Klan was able to accomplish organizationally. But more insidiously, what crosses were doing were sending very targeted signals of intimidation and terror."

On the effect of Klan membership on family life

More On The KKK

"If you look at people who were members of the Klan talk about how it fit with their family, it was often women in the family — and often children as well — that became forces that would pull people out of the Klan as much as anything, not because they disagreed with the Klan politically, but they would often disagree — or be dissatisfied — with what the Klan asked of their husbands, in terms of the time it took out, in terms of the whole secretive nature of what they did. Oftentimes, Klan membership became something that was really divisive in terms of family life."

"For years, [the FBI] target[s] Martin Luther King, but they also target a range of what they refer to as 'black national hate groups,' which is basically anybody in the civil rights universe. And the rationale for this was that either Jews/communists were behind the movement — because, again, the movement wasn't capable itself of doing the things that it seemed to be doing — or the softer version of that was that African-Americans were so pliable in some ways that even if they weren't being controlled today, they were vulnerable to being manipulated ... tomorrow. So in one version or another you always have the sense that Jews and communists are controlling everything associated with the civil rights movement."

Read an excerpt of Klansville, U.S.A.