Accessibility links
Nigerian Film Distributor Counts On Diaspora For Growing Market Share Although access to the Web is still limited in many parts of Africa, "Nollywood" films — movies produced in Nigeria — are booming on the Internet. Startup iROKOtv is a part of that boom, and their audience is a global one. 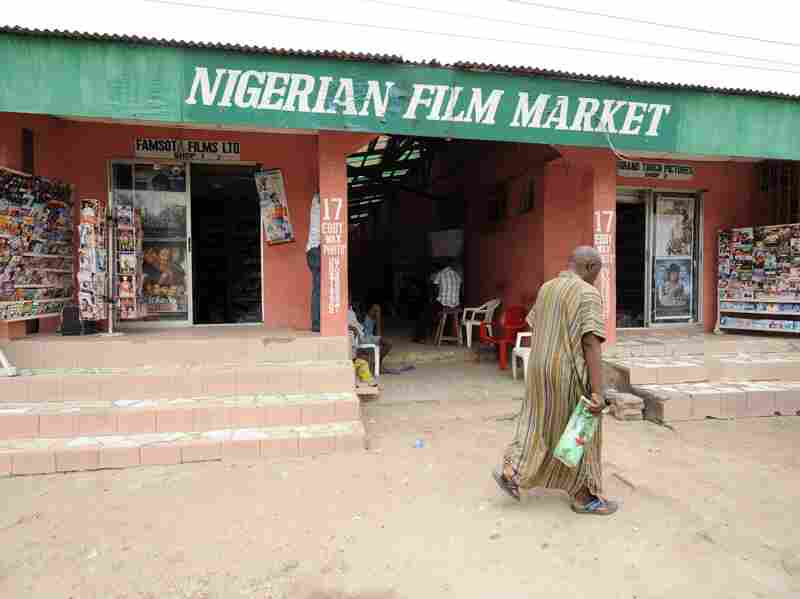 A typical Nigerian film market in Lagos. Though physical distribution of Nollywood films is booming, the digital market has also grown, thanks to a plugged-in African diaspora. Pius Utomi Ekpei/AFP/Getty Images hide caption 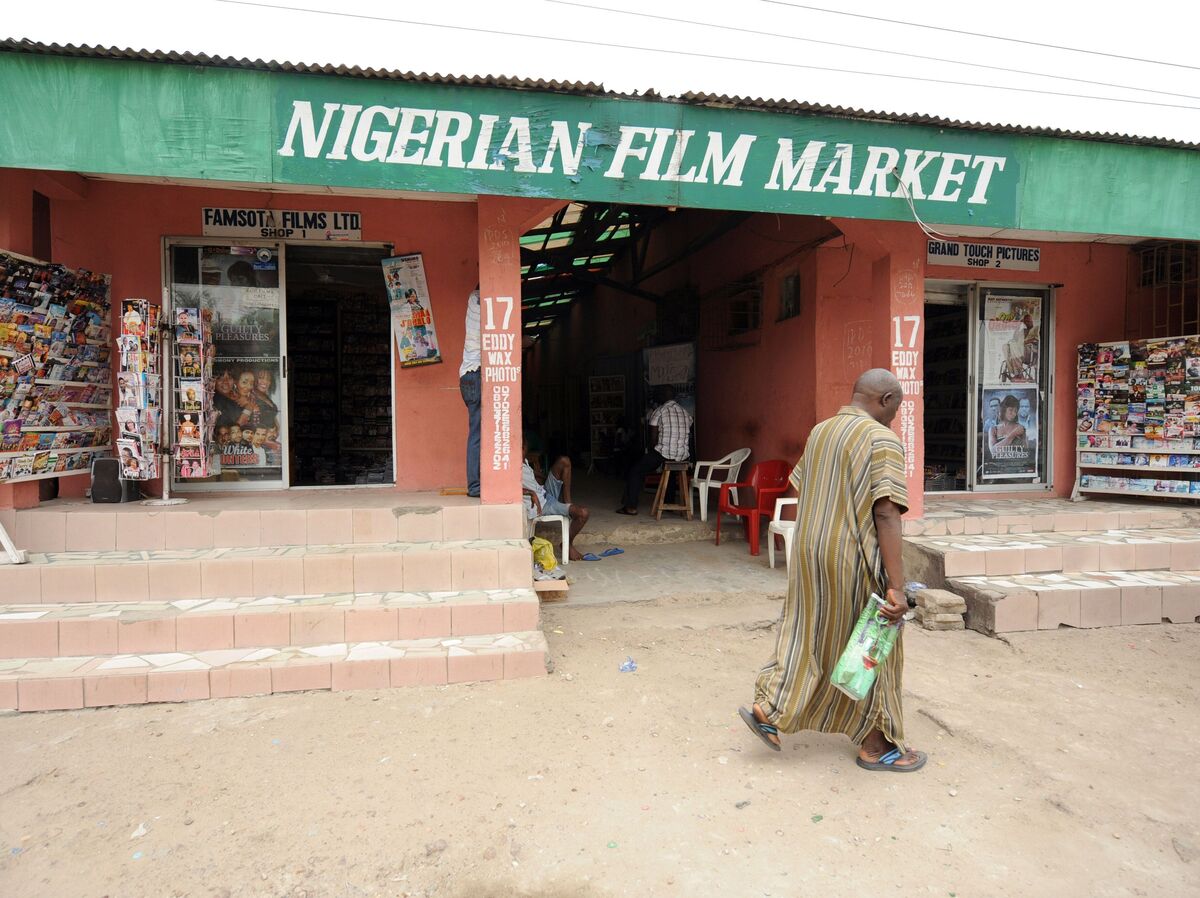 A typical Nigerian film market in Lagos. Though physical distribution of Nollywood films is booming, the digital market has also grown, thanks to a plugged-in African diaspora.

The massively popular Nigerian film industry known as Nollywood started humbly about 20 years ago. Nollywood movies were shot as cheaply and as quickly as possible, then released straight to VHS.

Nollywood caught on globally, and piracy was a major factor in the industry's growth, as copies of copies of Nollywood tapes sold on street corners from Lagos to Harlem. In the early 2000s, Nollywood distribution shifted from VHS to discs — and now, the movies are also beginning to stream online.

Nollywood is known for melodramas and comedies about contemporary West African life. The popular film Blackberry Babes tells the story of young women in Lagos who are obsessed with smartphones.

Nollywood stories riff on global trends and new technology. Behind the scenes, Nigerian entrepreneurs are interested in how these trends and technologies affect their business. One company called iROKOtv is making waves as Nollywood's largest digital distributor.

The company's office is like a Silicon Valley startup downloaded into a nondescript Lagos neighborhood. Inside, the four-story compound is buzzing. Young people work on Apple computers in every room.

"This is like the operating center, the nerve center," says iROKOtv CFO Seyi Yerokun, who left a job in finance to work here.

"We have around 80 people. We have three offices: Lagos, we have New York, we just opened, and we have London."

The company started with a quick idea from the now-CEO, Jason Njoku.

"He just came up with this brilliant idea to stream Nollywood videos on YouTube," Yerokun says.

The company has raised more than $8 million from U.S. venture capital funders, and the majority of their profits come from ads.

Nigeria's Internet is slow, and most Nollywood fans in Africa don't have home access to YouTube. But iROKO is banking on the future of connectivity in Africa. And in the meantime, they keep their feet on the ground in Lagos and their marketing focus abroad. 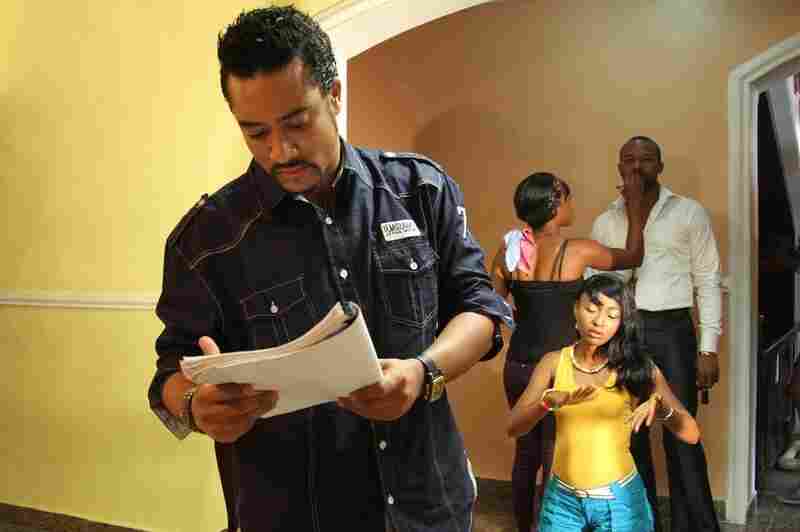 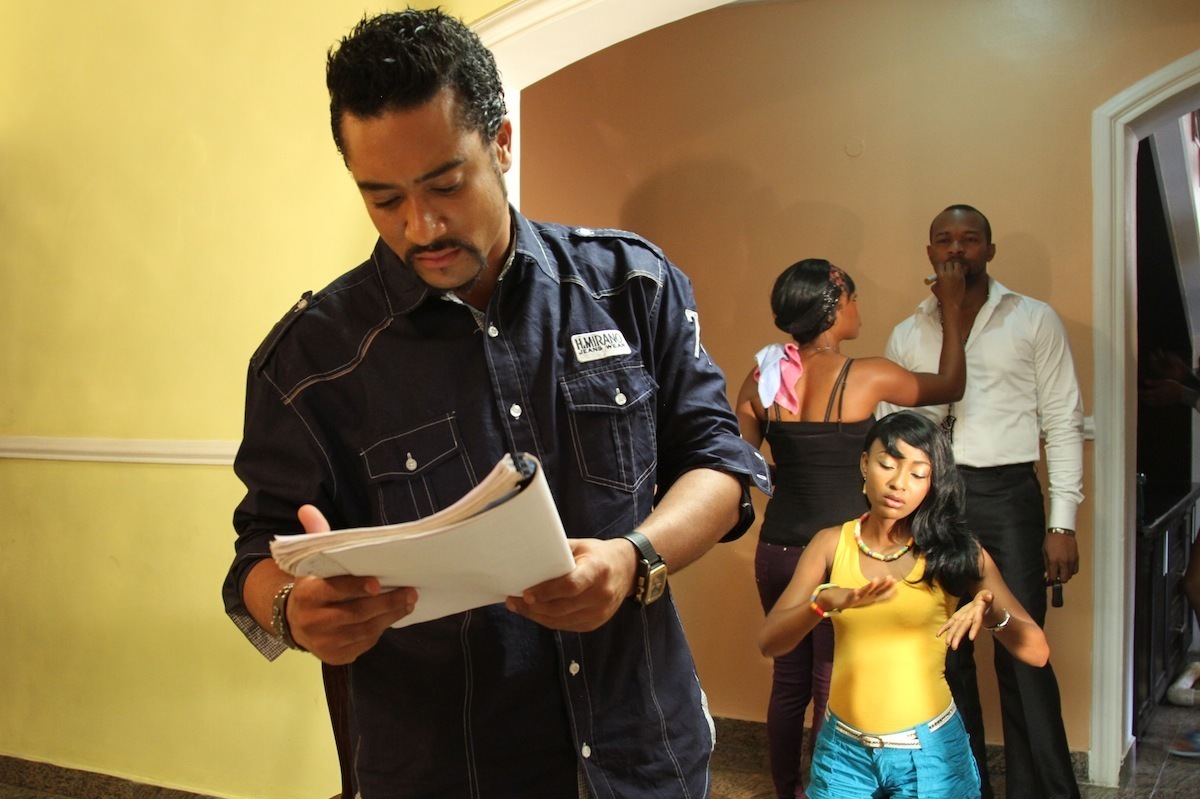 Actor Majid Michel on the set of the Nollywood film Brother's Keeper with co-star Belinda Effah.

And that market has bigger needs than Nollywood movies. Michael Ugwu is in charge of extending iROKO's brand into music distribution.

That diaspora includes Nollywood fans like Ihuoma Mambo Atanga. She's from Cameroon and Nigeria, but she lives and works in New York City.

"My relationship with iROKO is a love-love-love relationship, I have to say," Atanga says. "Really what the public wanted, what we wanted was to go out there and find stories that will make us feel a little close to home. There's this yearning when you're far away from home — it's like you just want a taste of what you know."

Today, the majority of Nollywood films are still sold offline — in outdoor markets from wheelbarrows or by the roadside from street vendors. But on the Internet, iROKO is carefully tracking the viewing patterns of its growing audience. In the future, they plan to produce original content that's customized to the likes and dislikes of Nollywood's global online fan base.