Accessibility links
The Story Of 'No' Is The Story Of Modern Chile The Chilean political drama No is the first film from that country to be nominated for the Best Foreign Language Academy Award. The powerful, poignant film uses an unlikely main character to chart the surprising end of a dictator's reign. 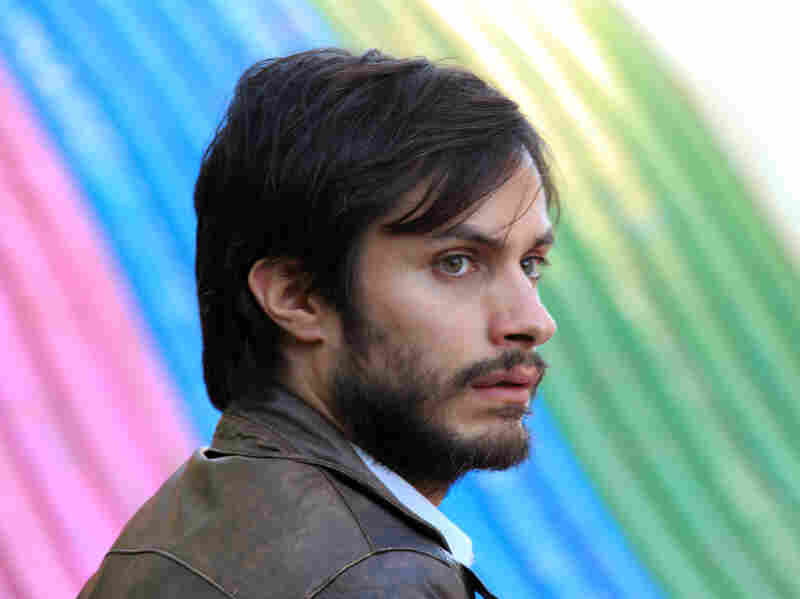 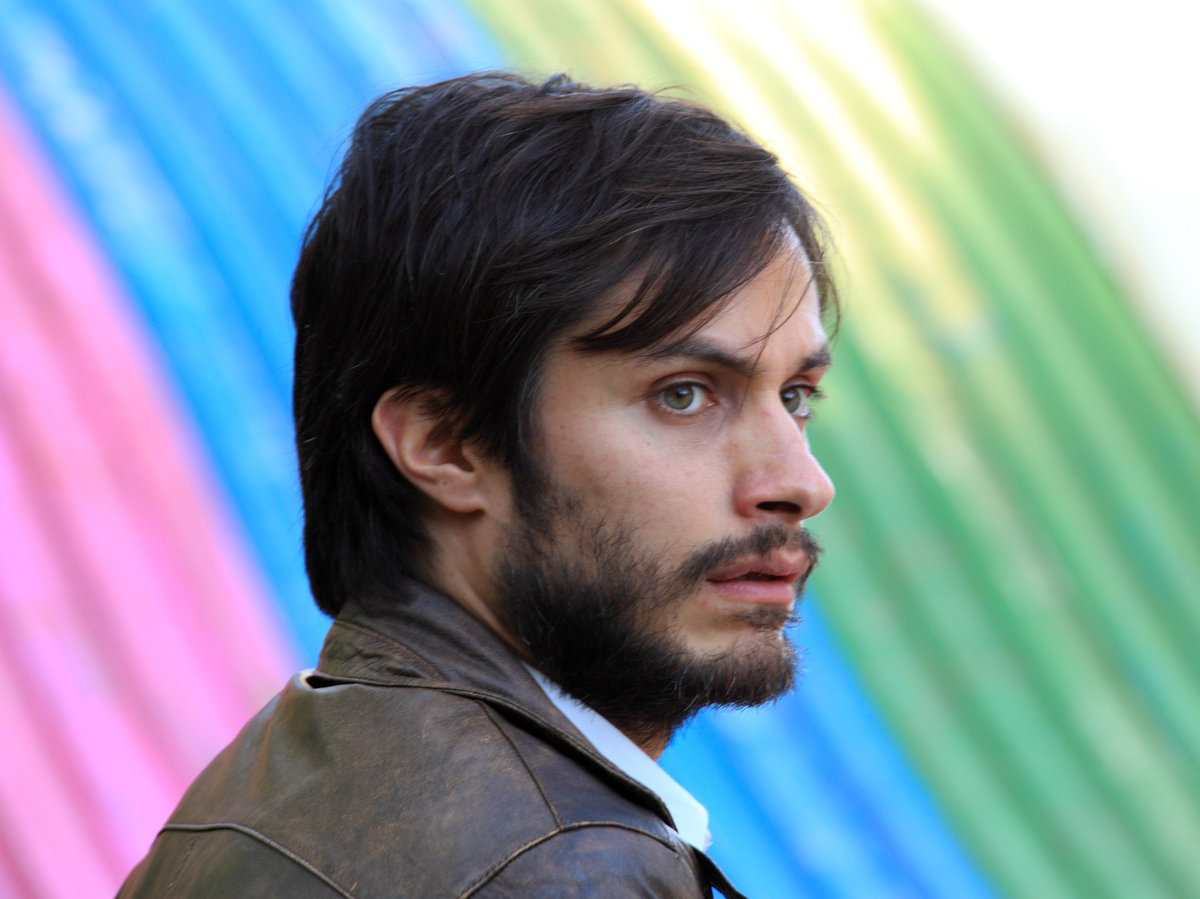 The bright colors and throwback feel of the Chilean drama No mask the very real political consequences of the 1988 plebiscite it depicts. (Pictured: Gael Garcia Bernal as Rene Saavedra)

The film No revisits the moment in Chile's history when 56 percent of the country voted to oust a dictator from power. It's the tale of the ad campaign that helped persuade Chileans to cast their ballots against Gen. Augusto Pinochet in a national referendum.

"This is an epic story, the story of a triumph," says Director Pablo Larrain. "It's how they defeat a dictator — probably one of the biggest bastards that we ever had in humankind."

A CIA-backed coup d'etat got Pinochet into power in 1973. By 1988, he'd been Chile's dictator for 15 years, ruling with his violent military junta.

Under his repressive regime, tens of thousands of Chileans were "disappeared," tortured and killed; hundreds of thousands were forced into exile.

"Pinochet felt himself as a god, as the chosen one," Larrain says.

No is a somewhat true story, using archival footage and fictionalized characters. The film is adapted from a play written by Antonio Skarmeta, the Chilean novelist whose work was also the basis for the movie Il Postino.

Garcia Bernal says the "No" campaign had a tough assignment, getting people to oppose a leader who had terrorized them for so many years. The activists had to meet in secret and were sometimes followed and threatened.

In the film, the "No" campaign has to try to convince people like Carmen, a housekeeper, who says she's going to vote yes. She says of all the people who were disappeared, tortured and killed: "Those things are in the past; now, my general says we have democracy."

Rene also faces skepticism from Pinochet's revolutionary opponents, including his recently estranged wife. She tells him that voting in the plebiscite will only validate Pinochet's fraudulent referendum.

'I Don't Think That Sells'

Still, every night for a month leading up to the vote, the "No" campaign is given 15 minutes on late-night TV to make its case. Garcia Bernal's character is a hotshot ad man man more accustomed to pitching soda than democracy. Working undercover, he urges the coalition to ditch the approach it's been using — grim images reminding Chileans of their years of suffering.

"I don't think that sells," he tells them. Joy and hope, he says: That's what Chile needs.

He comes up with a positive message — and a jingle!

The movie uses the real TV campaign for the "No" vote, which ended up looking like a 1970s Coca-Cola commercial. People from all walks of life — students, workers, families, mimes — dance and smile and sing that happiness is on its way.

Director Larrain says the message was simple, but direct.

Larrain was only 12 years old in 1988, but he remembers how the "No" campaign transformed Chile.

"We were living in this sort of gray mood, and it was just a suffocating environment," he says. "That's why it's so amazing what happened to the 'No' campaign. These guys showed up, and they brought a whole new spirit and perspective."

An 'Open Wound,' And An Ongoing Conversation

The plebiscite led to the democratic election of Patricio Aylwin in 1990. He plays himself in the movie.

But Larrain notes that Pinochet stayed in power as commander in chief of the Chilean army, and as a senator for life. He was extradited from London to stand trial for human-rights violations, tax evasion and embezzlement. But his lawyers kept him out of court, arguing he had "mild dementia." Pinochet died in 2006 at the age of 91.

"He died without ever stepping in the courthouse, and [as] a millionaire," Larrain says. "So it's quite sad, because we never really achieved justice. And most of the people who actually killed and tortured others in my country, they are still walking on the street. That is why this issue, the whole human-rights violation issue, is still ... an open wound."

Larrain's previous films dealt with the beginning and middle of the Pinochet era. He says when No premiered in Santiago, it sparked a national discussion, with some people arguing the film was too light.

"There's people who thought it was just ideologically stupid to put the perspective on the ad guy," Larrain says, "and then people that really loved the movie and realized that we were just creating a fiction with a metaphor purpose behind it."

Many of those who worked on the 1988 campaign played themselves or their counterparts in the film.

"If there's something that is really beautiful that this movie made, it's that the people who actually did the campaign [have] finally been recognized," Larrain says.

Chilean writer Ariel Dorfman says No is now a great point of pride — especially as it's the first film from Chile to be up for an Academy Award.

"It's reminding people that 'Yes we can,' " Dorfman says. "That against the worst odds, Chile has a spirit of joy and ability to overcome the worst circumstances. And I think this is part of the return of some sort of joy to Chile. And we deserve it. Our people deserve it."