Accessibility links
Home Video Review- 'On The Waterfront': Naming Names And Making Classics Marlon Brando gives a strong case for method acting in the film's famous "I coulda been a contender" sequence. Film critic Bob Mondello says there's no madness to his method — or to the Academy Award-winning film, now out in a superb Blu-ray Disc. 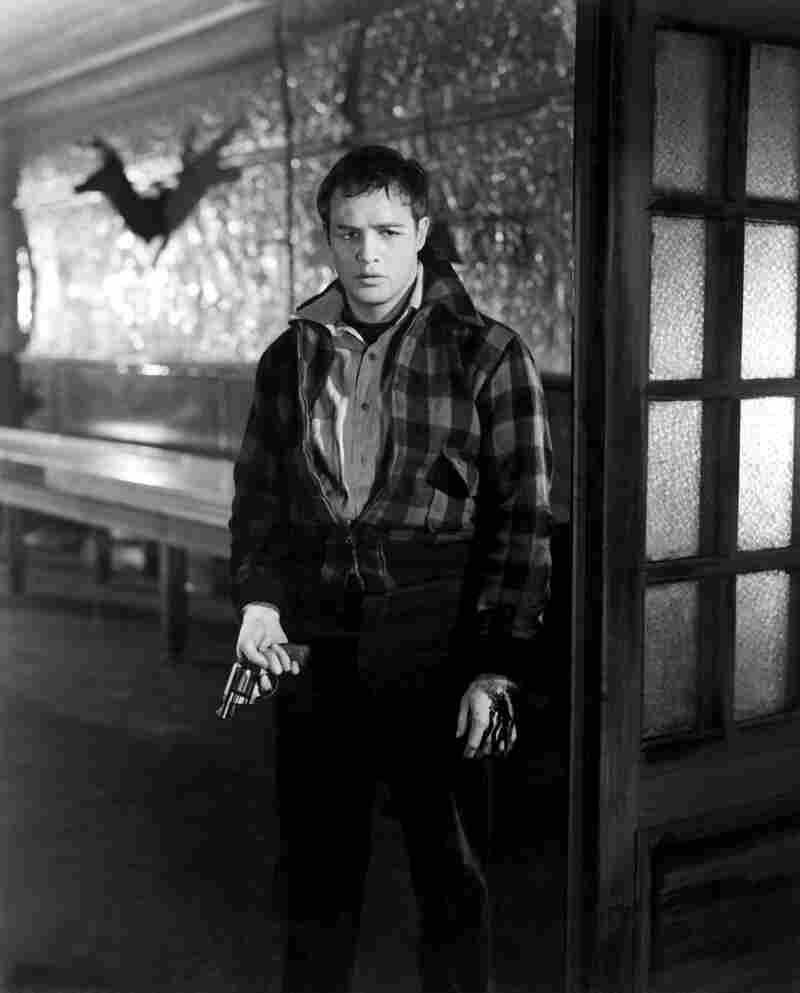 As dockworker Terry Malloy in Elia Kazan's On the Waterfront, a young Marlon Brando firmly established himself as a leading Hollywood icon. Criterion Collection hide caption 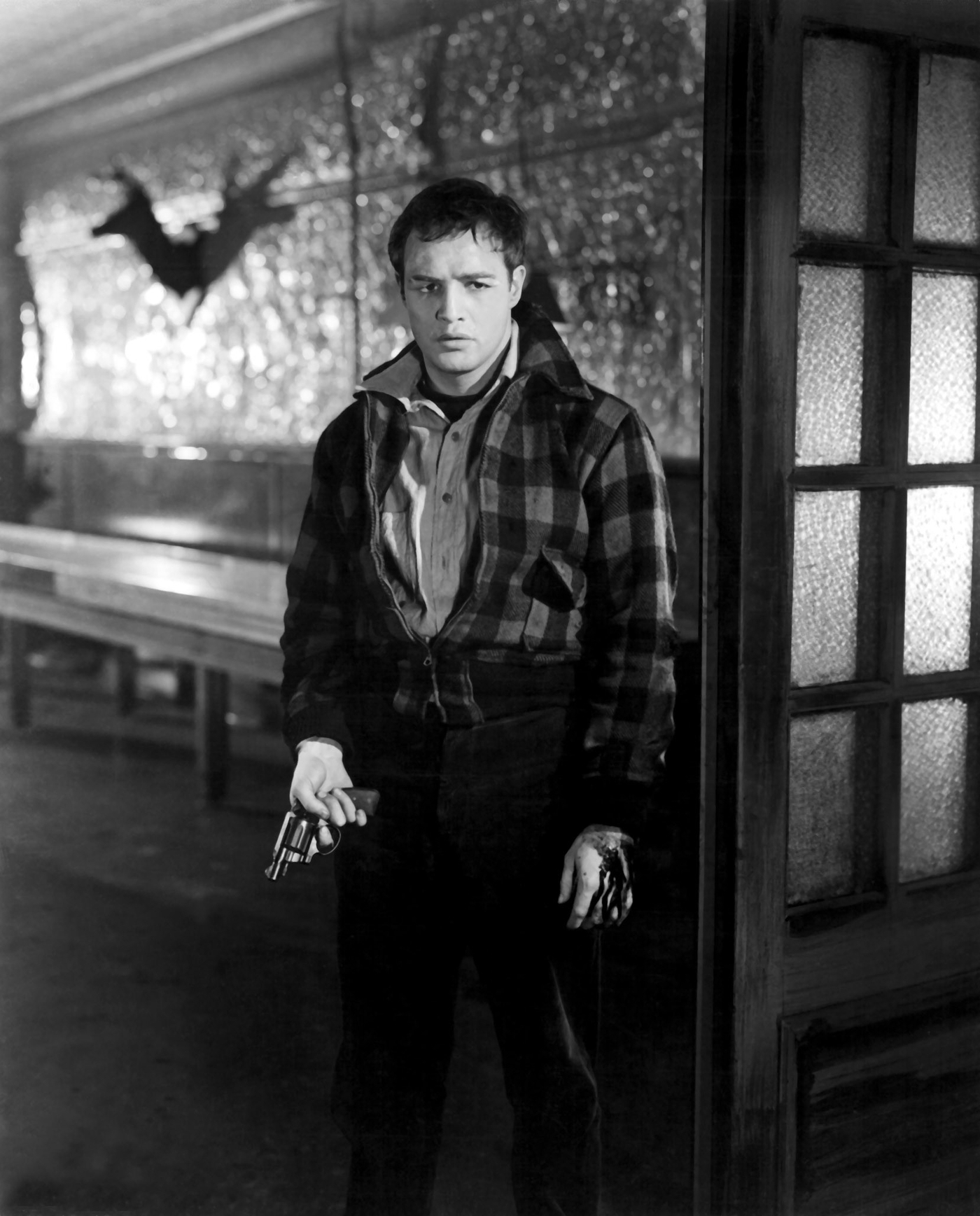 As dockworker Terry Malloy in Elia Kazan's On the Waterfront, a young Marlon Brando firmly established himself as a leading Hollywood icon.

Time again for a home-viewing recommendation from NPR movie critic Bob Mondello. Today, Bob suggests a tale of moral crisis — On the Waterfront, in a freshly restored Blu-ray version from Criterion.

Mugs and palookas, racketeers and dockworkers, mob boss Lee J. Cobb running the union with an iron fist, Marlon Brando tripping up its control when Eva Marie Saint urges him to go to the feds and rat out the rats.

"I've never met anyone like you," she tells him when he demurs at first. "There's not a spark of sentiment or romance or human kindness in your whole body."

"What good does it do you," he asks, "besides get you in trouble?"

Director Elia Kazan knew from trouble. Two years before making On the Waterfront, he'd named names in front of the House Un-American Activities Committee, becoming the most notorious Hollywood figure in the Communist witch hunts of the 1950s. Though screenwriter Budd Schulberg always denied a connection to the film's plot, Brando's character is also called to testify, and is also castigated and reviled before giving a full-throated defense of his testimony.

Kazan wrote many years later, in 1988, that he intended the parallels: "When Brando, at the end, yells at Lee Cobb, the mob boss, 'I'm glad what I done — you hear me? — glad what I done!' that was me saying, with identical heat, that I was glad I'd testified as I had." 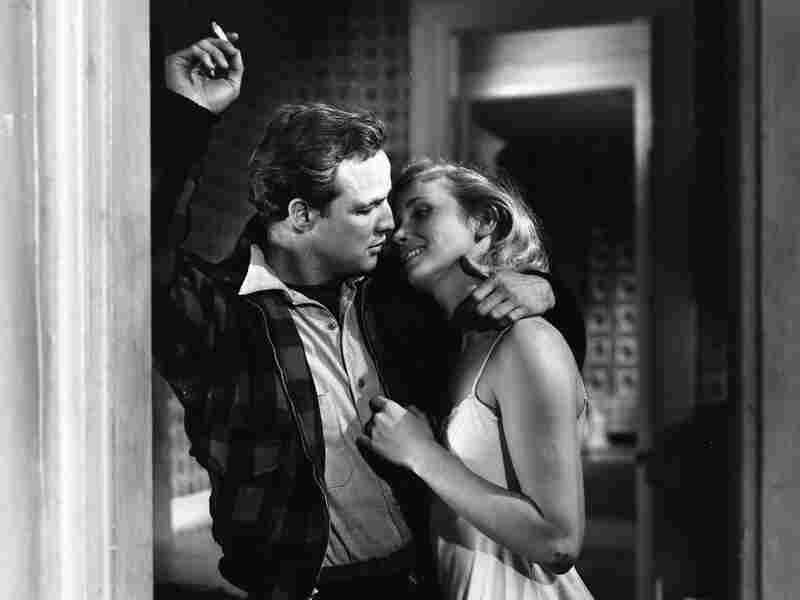 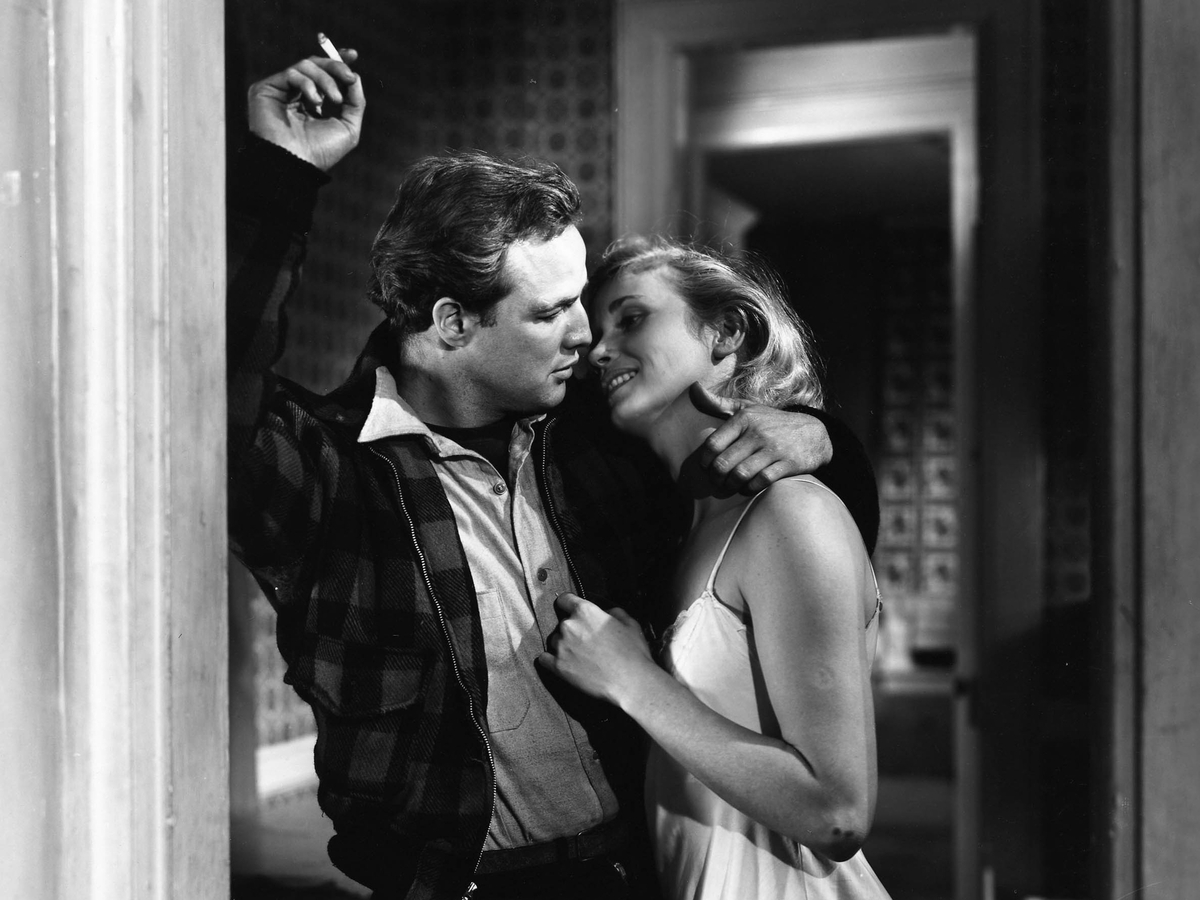 Both Brando and his love interest, Eva Marie Saint, won Oscars for their performances. On the Waterfront netted eight Academy Awards.

Included in Criterion's boxed set is the text of an ad Kazan took out defending his naming of names. But as it was with audiences in 1954, the film's the thing, here — a superb Blu-ray transfer, all velvety blacks and shimmering whites, not a scratch or flaw anywhere.

In a bow to the era when TV was making Hollywood rethink screen size, a second disk has the complete film in two other aspect ratios: widescreen and full-frame. Which means there are three different ways to watch Brando make a vibrant case for method acting in that back-of-the-cab "I coulda been a contender" sequence with Rod Steiger.

No madness to his method — or to On the Waterfront.