Accessibility links
'Argo': What Really Happened In Tehran? A CIA Agent Remembers The political drama Argo is based on the real story of a CIA-planned rescue in revolutionary Iran. Experts say it gets most of the story right — but two men who were actually there say the end of the story was more complicated than Hollywood might think. 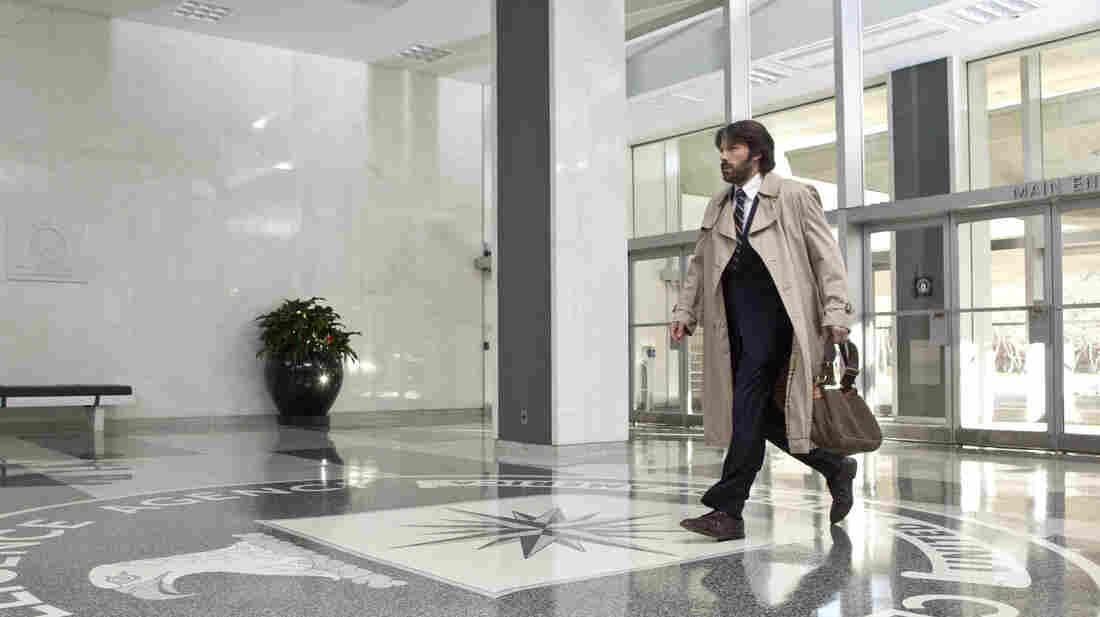 Ben Affleck played CIA agent Tony Mendez in Argo. The real Mendez says the movie is mostly spot on, even if the rescue at the end wasn't quite what the film depicts. Claire Folger hide caption 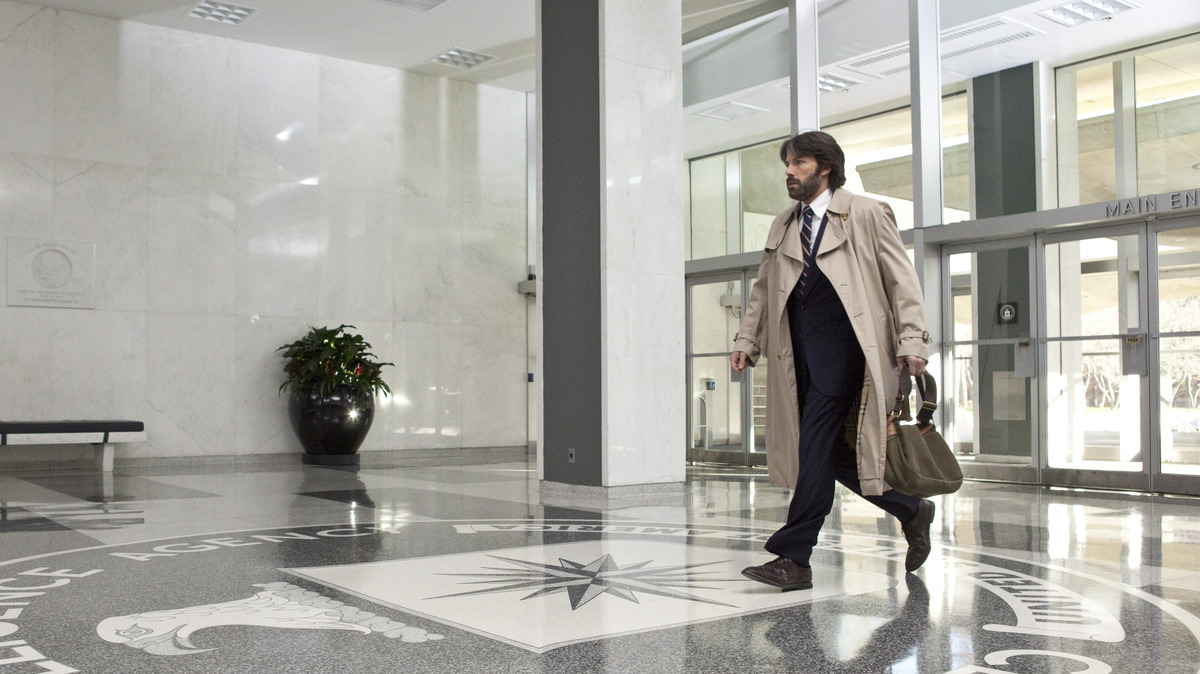 Ben Affleck played CIA agent Tony Mendez in Argo. The real Mendez says the movie is mostly spot on, even if the rescue at the end wasn't quite what the film depicts.

Fact Checking 'Argo': A Great Escape That Takes Some Leaps

The movie Argo, up for seven Oscars at this year's Academy Awards, is based on the true story of the CIA rescue of Americans in Tehran during the 1979 hostage crisis. Missing from most of the coverage of this movie? The actual guy who ran the mission, played by Ben Affleck in the movie.

Movie aficionados — and historians — know that the movie sticks pretty close to what really happened during the Iranian Revolution. In 1980, a CIA agent named Tony Mendez sneaked into Iran and spirited away six American diplomats who were hiding with Canadians.

The chase scene at the end of the movie is pretty much Hollywood hype. Still, Mendez and one of the American diplomats say those hours at the airport were plenty tense.

There were actually eight Americans leaving Iran that day — the six diplomats, plus Mendez and his partner, who didn't even get a mention in the movie.

The Americans had been holed up at Canadian diplomats' homes for 80-odd days. That let them closely follow the chaos in the streets of Tehran — and to dwell on it. It wasn't pretty.

On the day of departure, Mendez went to the airport ahead of the rest of the group to make sure everything was OK.

"I signaled my partner to bring the six in, and we went through security, customs, and arrived at immigration," Mendez says. "Lee [was] a little bit ahead of us — 'cause he was the most up for it, I think."

Lee is Lee Schatz, a U.S. Agriculture Department employee. His office was across the street and overlooked the embassy grounds, where he had a bird's-eye view of the violent takeover. So he knew what was at stake. But he also knew the airport well — and he didn't smoke.

Schatz then had to face a gauntlet of desks — check this, check that, check the health card — and then one final stop, where you handed in the yellow copy of the document you'd filled out when you'd arrived in the country. 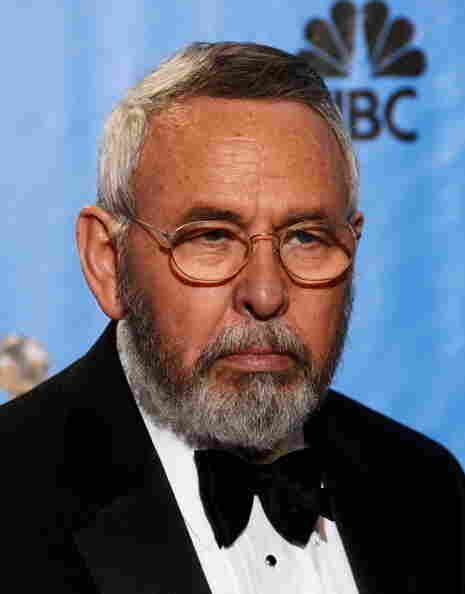 Theoretically, the two parts would be matched up. But in those days there was no real way to do it on the spot — despite the way it was portrayed in the film. Everybody knew that this was the one weak point of the whole concocted story. If they tried to match up the documents and failed, they'd be caught.

"I walk up, hand them this, and we know this is clearly a false document that has been prepared on our behalf," Schatz says. "I handed it to the individual, and he looked at my passport and walked into a side room. And I thought, 'Whoa. They can't actually match up these numbered pieces of paper, can they?' Seemed like forever. This guy came out stirring a cup of tea."

It was actually just a tea break. The official stamped Schatz's passport and Schatz walked through to the departure lounge, trying not to breathe a sigh of relief too obviously. The others followed, but they weren't out of the woods yet.

In fact, Mendez says the departure lounge was what worried headquarters the most, because that's where the Revolutionary Guard "did their business," as he put it, with passengers.

"It came time to have the flight called, and when they came on the intercom, they said Swiss Air is not going to depart on time," Mendez says. "'It's got a mechanical issue.' "

Now, no one panicked — but they were worried. Yes, they had backup plans, though they were pretty bad ones.

And then, about an hour later, they called the flight. Mendez boarded with Bob Anders, one of the American diplomats in the group.

"And as we went up the ramp to the aircraft, Bob Anders nudged me and said, 'You guys think of everything,' " Mendez says. "He pointed at the nose of the Swiss aircraft, and there, lettered across the nose, was the word Aargau — close enough to the good ship Argo. And we always look for the omen in these operations. There's some sign that tells you this is going to work. And that was the omen."

Then, wheels up. No one was chasing. But the movie did get the next part right — or mostly right. Mendez says that when the plane crossed out of Iranian airspace, the Americans did break into cheers.

What the movie didn't show is that lots of other passengers were cheering, not just the Americans. They didn't know what was going on, Mendez says, but they, too, were happy to be out of Tehran.