Accessibility links
In Loving Memory Of A Wife, Daughter And Fallen Soldier Tracy Johnson lost her wife to war, but she didn't lose her family. 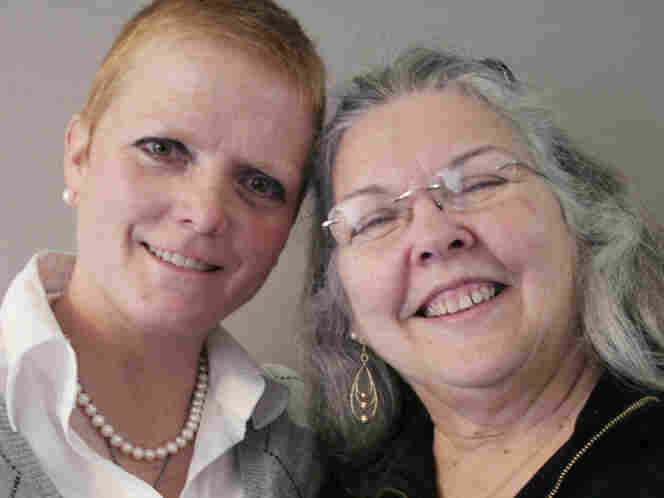 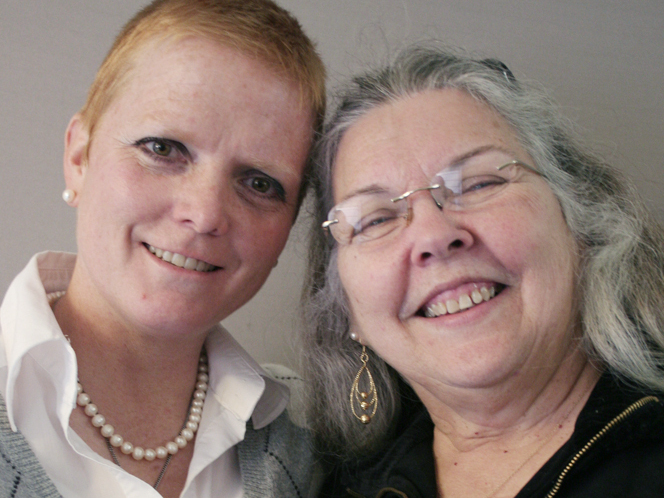 She is also one of the first gay spouses to lose a partner at war since the repeal of "don't ask, don't tell."

"That day, I had a bad feeling," Tracy tells her mother-in-law, Sandra Johnson, during a visit to StoryCorps. "I immediately started scouring the news websites, and it said that ... three U.S. soldiers were killed in Khost, Afghanistan, and I knew, obviously, that's where she was stationed."

But she had to wait to find out if her fears were legitimate.

"I knew that any communication about Donna was going to come to you guys because even though we were married, I wasn't considered her next of kin," Tracy says.

Donna's sister called and told Tracy that people from the military were at her mother's house. Tracy grabbed a copy of their marriage certificate and went to the house.

"I said, 'You know, I am her wife and I brought documentation,' " she recounts. The notification officer looked at it and asked for a copy. 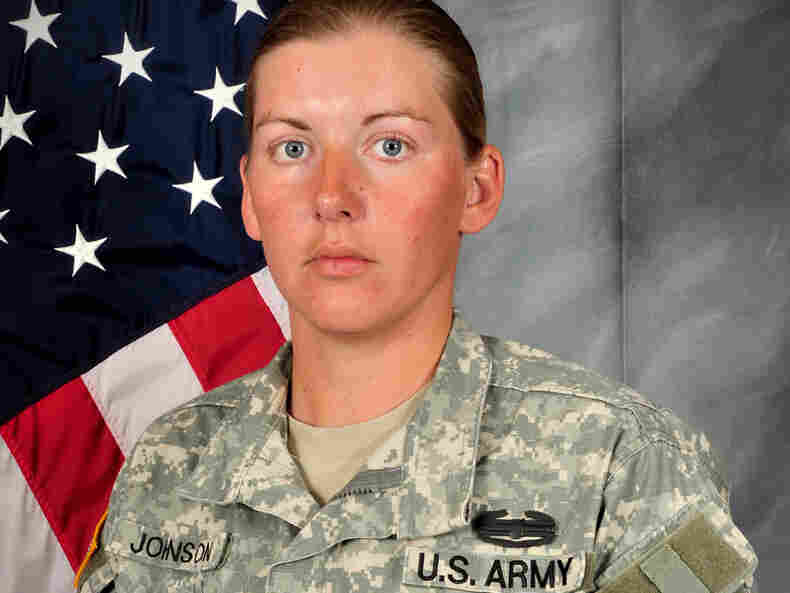 Donna Johnson was killed on Oct. 1, 2012, while on patrol in Khost, Afghanistan. She was 29. U.S. Army Public Affairs Office hide caption 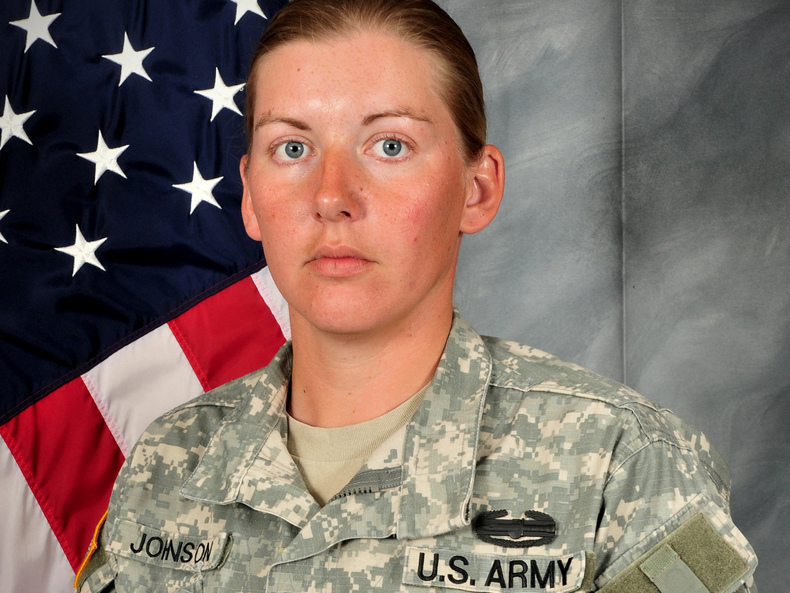 Tracy then asked if she could be the military escort who brought her wife's body home.

"He goes, 'Well, we'll see.' Well, I know it wouldn't have happened if it hadn't been for your insistence," she tells Sandra.

The idea of strangers bringing her daughter home was upsetting.

"I wanted her coming home to family," she says.

Tracy was flown up to Dover, Del., to escort her wife home.

"Honestly, I can't tell how great of an honor it is to escort a fallen hero home, and when that hero's your wife, it means a lot more," Tracy says.

Tracy was given all of Donna's awards and personal documents to turn over to Donna's mother.

"And one of the hardest things for me was our wedding ring. I actually slept with it that night. I put her ring on with mine because I thought it was going to be the last time I was going to get to see it."

Sandra gave the ring back. 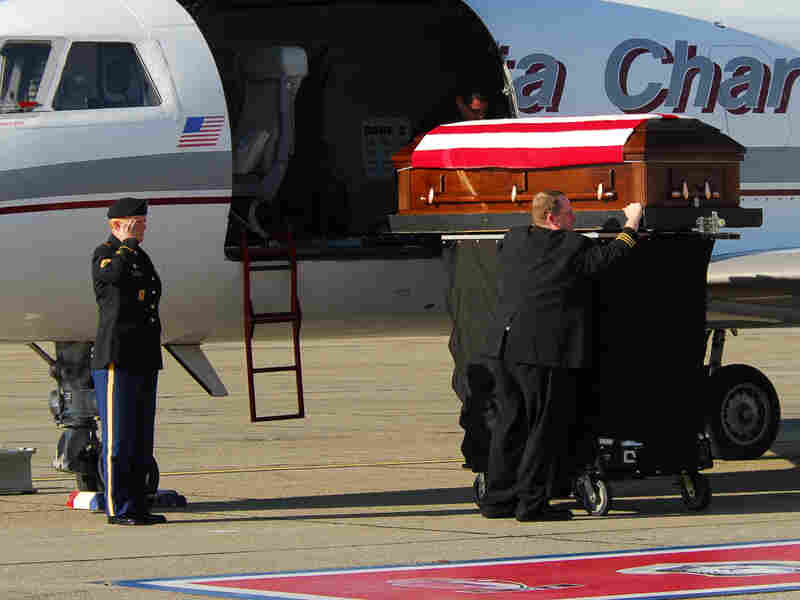 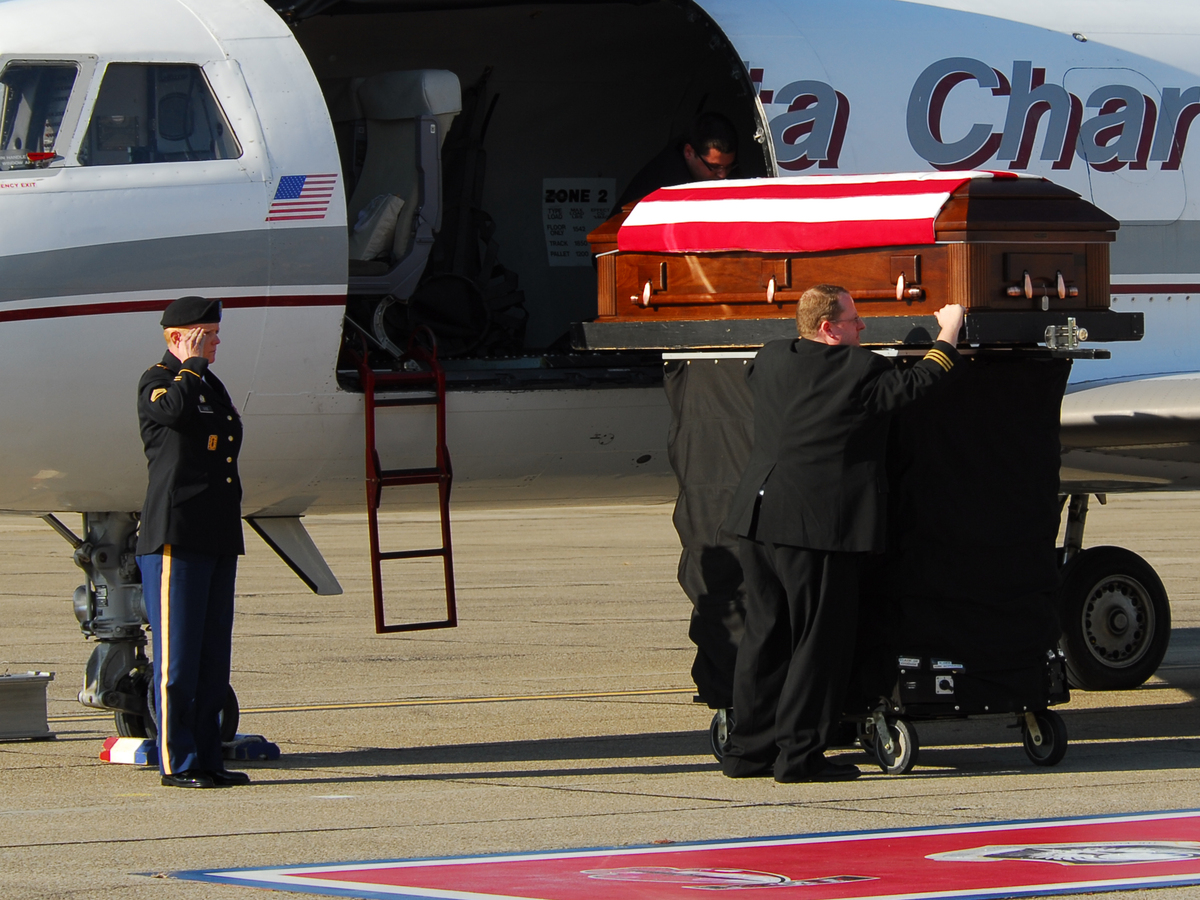 "I thought that was only natural," she says, " 'cause I don't know how the Army or any military does it, I just know what's fair is fair."

Tracy thanked Sandra for allowing her to be named as a spouse in Donna's obituary, for the private ceremony where she received a flag, for the copy of Donna's awards, for a seat in the front pew at Donna's funeral. For treating her like family.

"In reality, you married my daughter and that was it," Sandra says.

But someone else in her shoes may have been shut out and not had anything, Tracy says.

"So I understand how blessed I am to be a part of your family," she says.

"Well, I want you to know that I am very proud of you," Sandra replies. "I consider you mine because Donna considered you hers. And I wouldn't have it any other way."