Accessibility links
From The Inner City: Leading A New Generation Of Muslim Americans If Chicago is a stronghold of American Islam, then Rami Nashashibi might be considered one of its most precocious proponents. On Chicago's South Side, his group, the Inner-City Muslim Action Network, works to end violence and improve residents' living conditions. 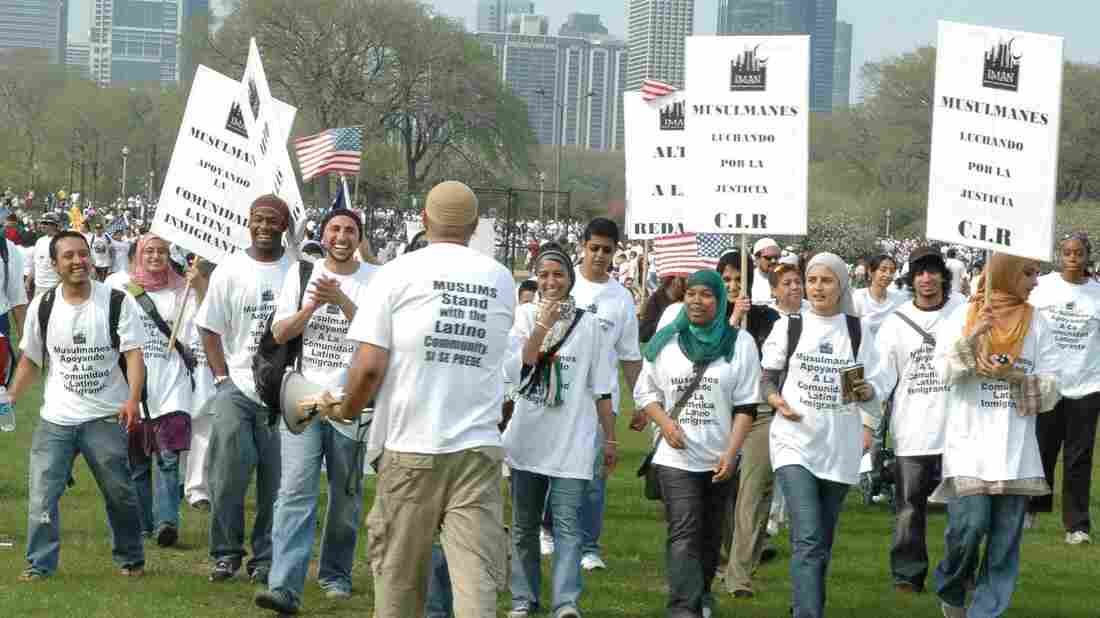 Rami Nashashibi, fourth from left, claps as he marches with IMAN leaders during a May Day immigration rally in Chicago in 2007. Courtesy Inner-City Muslim Action Network hide caption 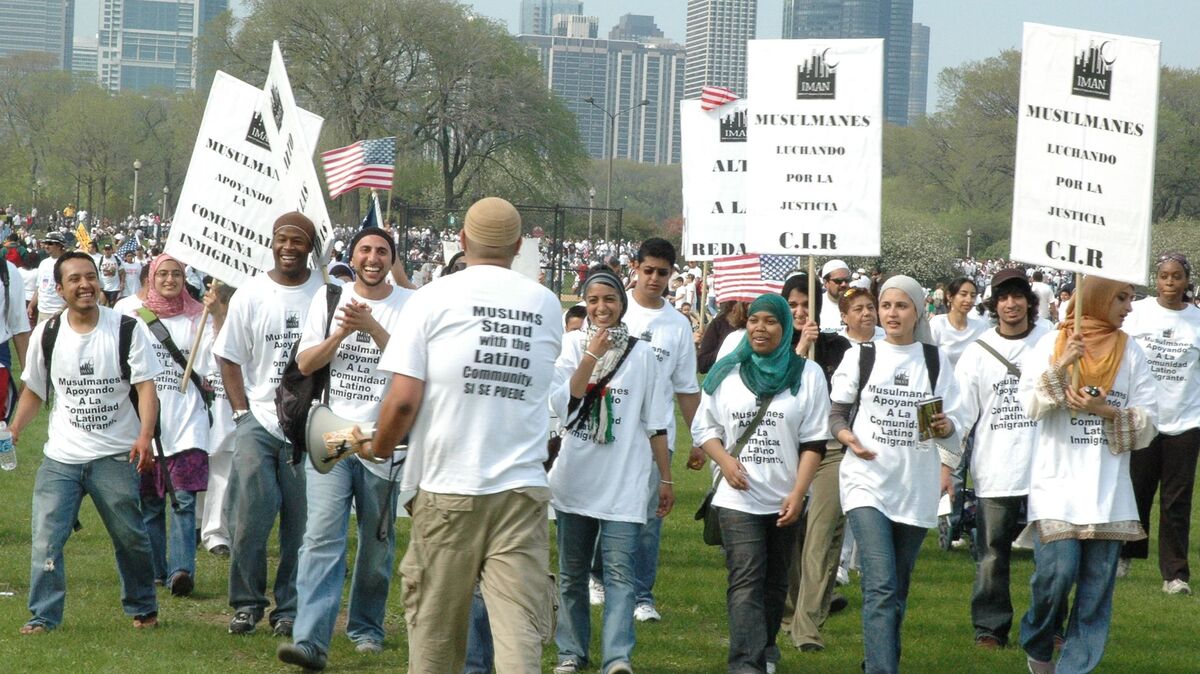 Rami Nashashibi, fourth from left, claps as he marches with IMAN leaders during a May Day immigration rally in Chicago in 2007.

This summer on the South Side of Chicago, thousands are expected to gather for an outdoor festival sponsored by the Inner-City Muslim Action Network, or IMAN.

The festival, Takin' It to the Streets, attracts well-known musicians, like hip-hop artist Mos Def in 2010 and Chicago native Lupe Fiasco. The goal of the festival's organizers is to promote cooperation between the city's residents, regardless of their backgrounds.

IMAN's leader, Rami Nashashibi, originally came to Islam as a convert. Born in Jordan, he says he had a largely secular upbringing as the child of a diplomat father and a Palestinian mother who grew up in Chicago.

Then in 1990, he moved to Chicago as a student at a time when the city was changing. Ethnic white neighborhoods were absorbing Latinos, African-Americans and, after the First Gulf War, a new wave of Arab immigrants. Nashashibi found himself drawn to social activism in those communities. 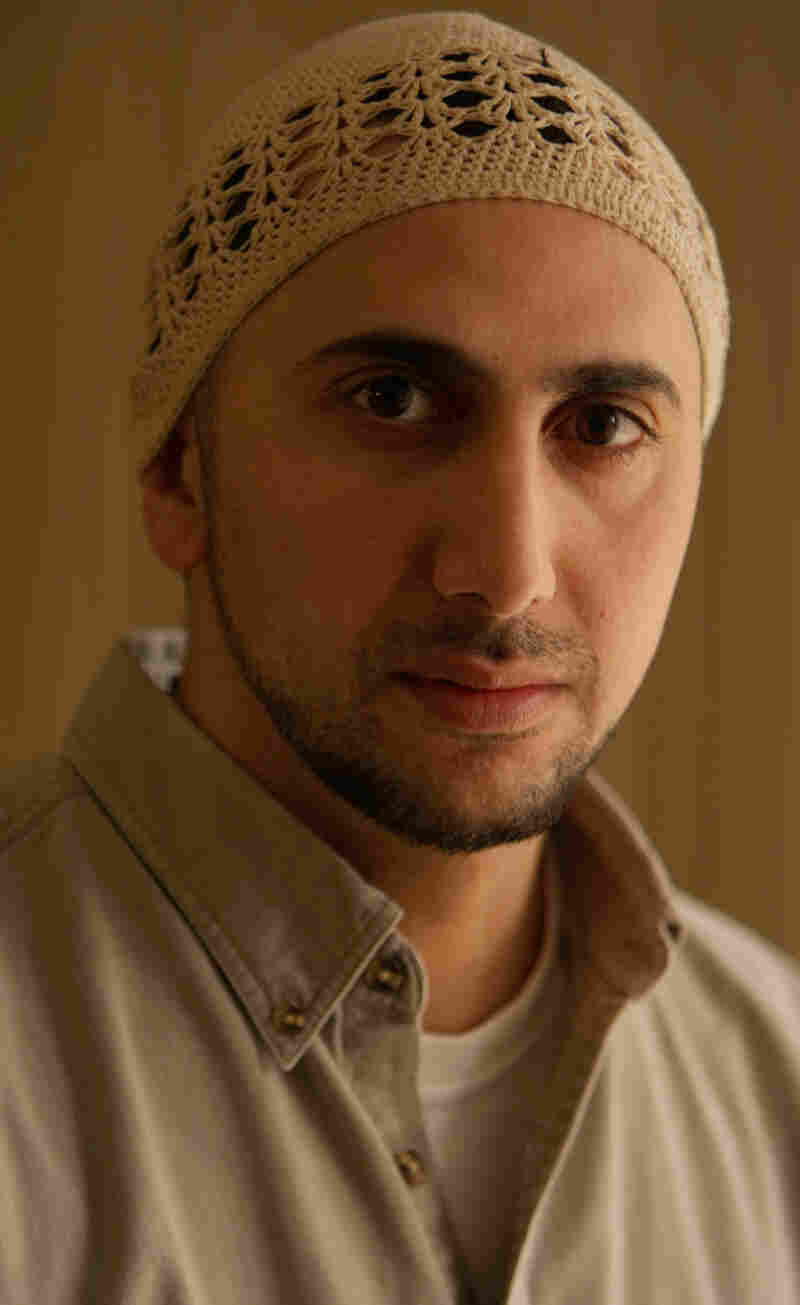 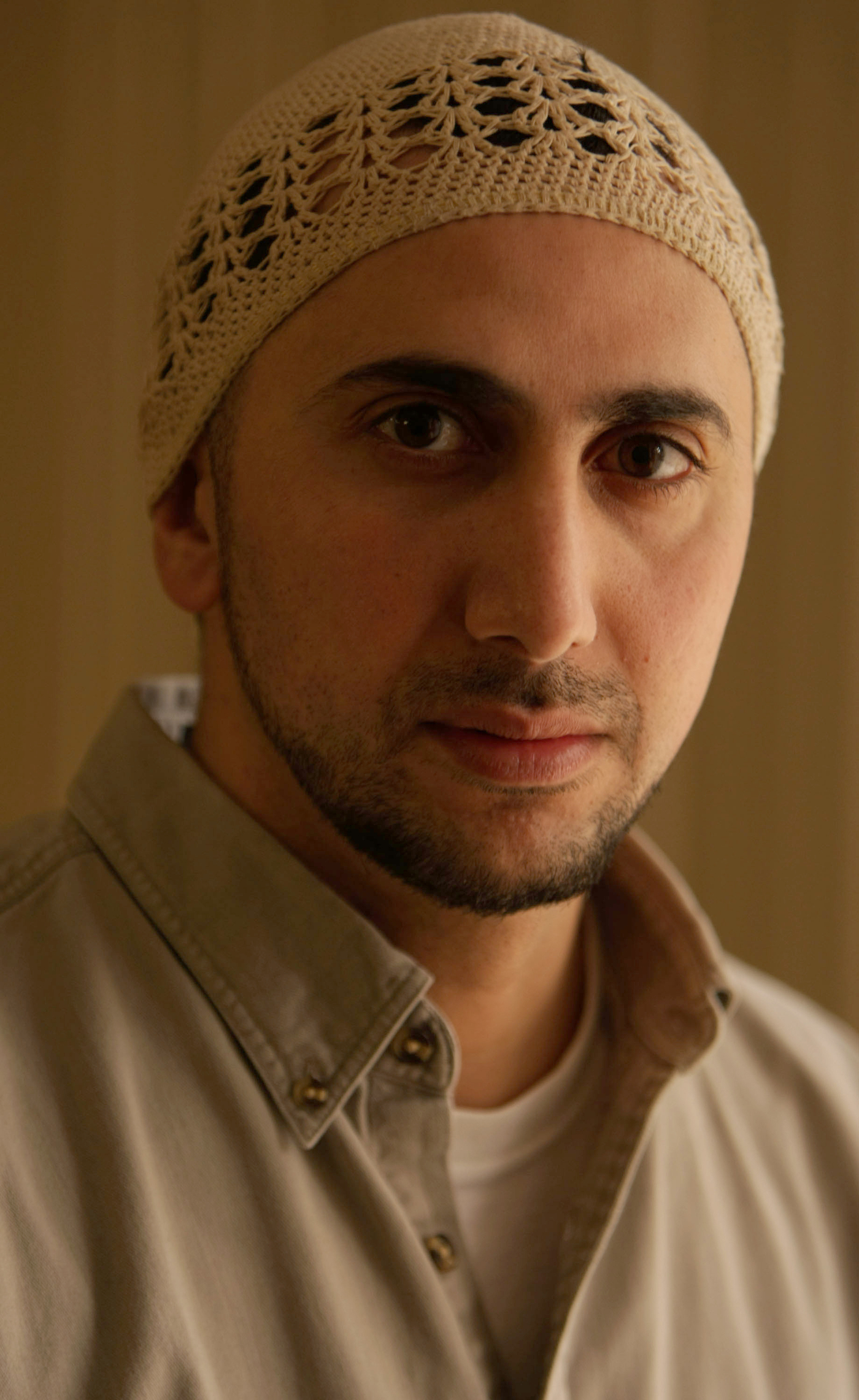 He was also drawn to Islam. He would go on to combine the two and, in 1997, founded IMAN.

On mobilizing for social justice issues in Chicago

"One of the things that I realized we needed was a community-based organization that connected the disconnected sectors of our communities, both in urban areas and in the larger middle-class sectors of the Muslim communities who were ready to mobilize."

On how American youth can benefit from Islam

"I think Islam and the Muslim community at large has been a source of refuge for many young people who have been afflicted historically with the challenges of violence, living and growing up in violence-prone neighborhoods with the challenges of gang violence. Islam has, actually, always been a very powerful transformative force in these urban communities."

On the significance of Mos Def appearing at IMAN's festival

"We still live in a country where, unfortunately, many Americans still associate Islam with violence. The recent Pew study found that almost 50 percent of Americans are more likely to think about Islam as a religion that promotes violence than other religions. So to be in a place that is associated with a different type of violence on the South Side of Chicago and to see Muslims alongside Jews, Christians and others promoting a message of real peace with real solutions to problems that we all face, with an artist like Mos, was really profound."

On how to change U.S. perception of American Muslims

"The real corrective I think is providing more Americans with the opportunity to meaningfuly engage with American Muslims on the ground working toward real solutions around issues like violence in their own communities."