Accessibility links
'Time And Casualties': Gen. Dempsey On Cost Of Sequester Gen. Martin Dempsey, the chairman of the Joint Chiefs of Staff, is responsible for reshaping the U.S. military after 10 years of war. At the same time, he's fighting to stave off the across-the-board cuts to the defense budget. 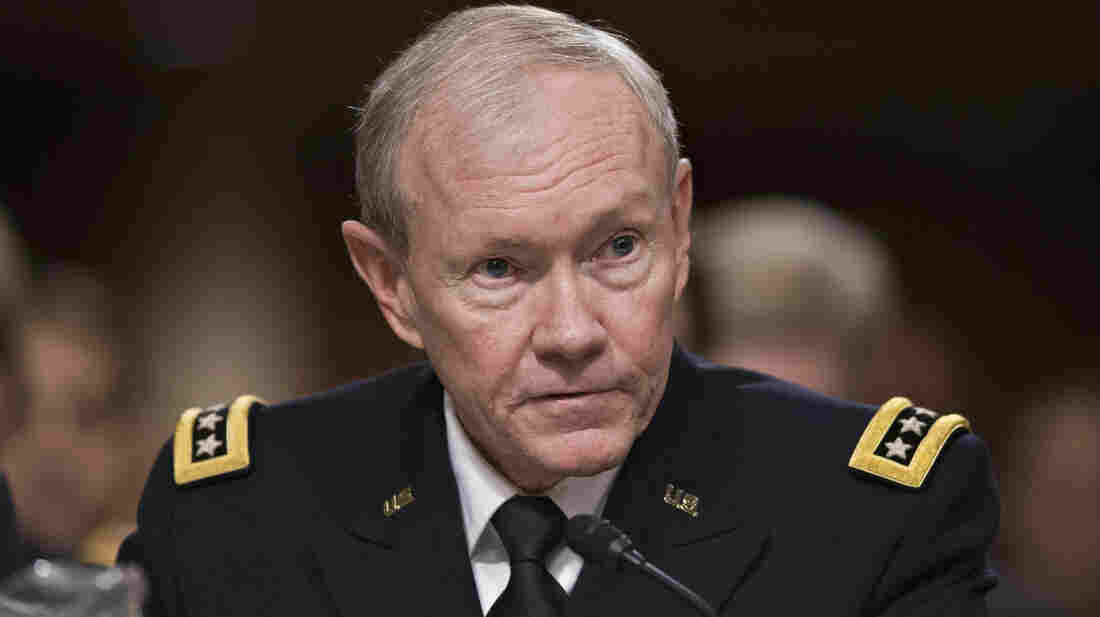 Gen. Martin Dempsey, chairman of the Joint Chiefs of Staff, testifies before a Senate panel in Washington last Tuesday on the looming cuts to the defense budget. J. Scott Applewhite/AP hide caption 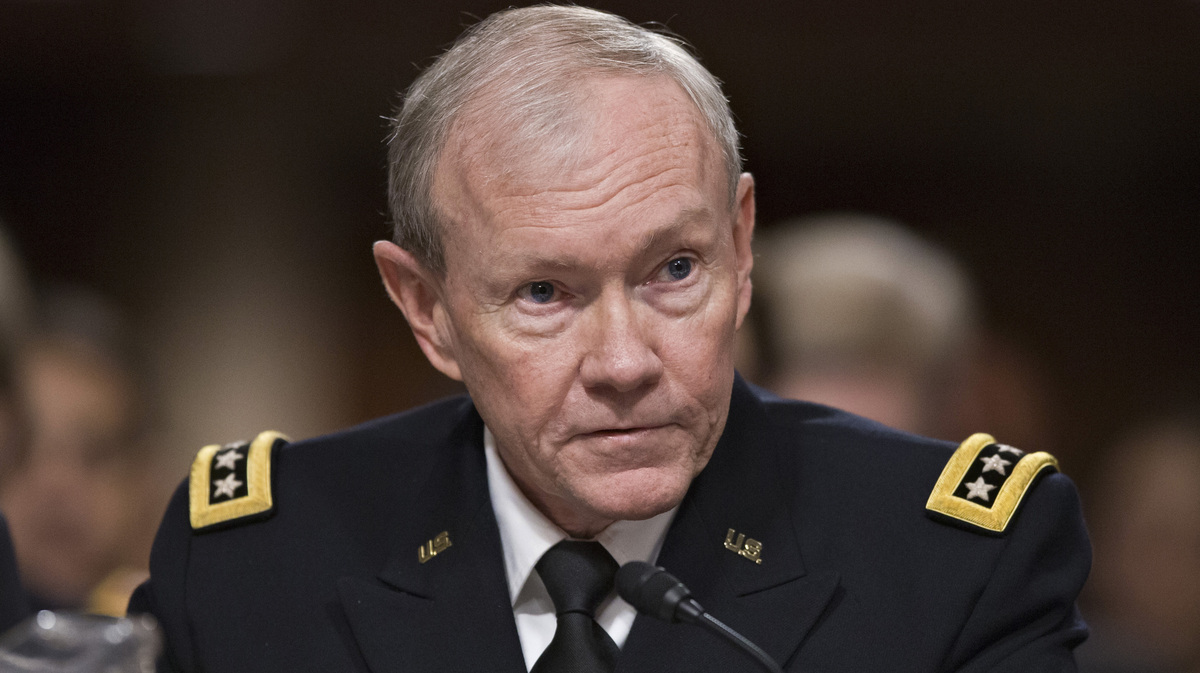 Gen. Martin Dempsey, chairman of the Joint Chiefs of Staff, testifies before a Senate panel in Washington last Tuesday on the looming cuts to the defense budget.

It's been about a year and a half since Gen. Martin Dempsey left his job as chief of staff of the Army and became President Obama's top military adviser as the chairman of the Joint Chiefs of Staff.

Dempsey is now responsible for reshaping the U.S. military after 10 years of war, which means scaling the forces down. At the same time, he's fighting to stave off across-the-board cuts to the defense budget — the so called sequester — that could happen in a couple weeks if Congress fails to reach some kind of budget deal.

Dempsey sat down with NPR's Rachel Martin to talk about the kind of impact these cuts will make and the recent cultural shifts in the U.S. military.

On the risks of sequester:

"Two words: time and casualties. The way this plays out, when you hollow out readiness, it means that when the force is needed, when an option is needed, to deal with a specific threat ... it would take us longer to react to those. So time is the issue. Some people would say, 'So what?' Well, time generally translates into casualties in my line of work.

"We will weather this. The military is never going to fail to answer the call when the nation is threatened. So we will weather this, but shame on us all if we weather it at the expense of those who choose to serve in uniform."

On cultural changes in the military:

"I think it's fairly common knowledge that our population of military-age young men who qualify for the military is declining. So as a very practical matter, we decided [that] if in 2020 we're going to need these young ladies, and we're going to need to attract as much diversity and as much talent as we can possibly attract, if that's going to be the case, then what are we waiting for?"

"There are currently 66 military occupational specialties that are not open to women. So what you've seen us do is invert the paradigm. The paradigm was: 'These are closed to women so we don't need to explain why.' Now the paradigm is: 'These could be open to women, so we'd better explain why not.' ... What that's done is that it will actually make us wrestle standards to the ground and figure out if we've got them right.

"There are existing standards, many of which haven't dusted off in a very long time, [and] many of which have been narrowly focused just on physical standards, but without the companion piece of potentially psychological and intellectual standards. All I'm suggesting is taken holistically ... I think this will be a very healthy thing for the institution. And it will also have the added benefit of allowing a greater part of the population to compete."