Accessibility links
How To 'Thrive': Short Commutes, More Happy Hours Dan Buettner visited some of the happiest populations on Earth to figure out what makes them tick. After five years of study, he argues the real keys to happiness lie not in wealth or beauty, but in fundamental changes to the way we live. Buettner lays out his findings in his book Thrive. 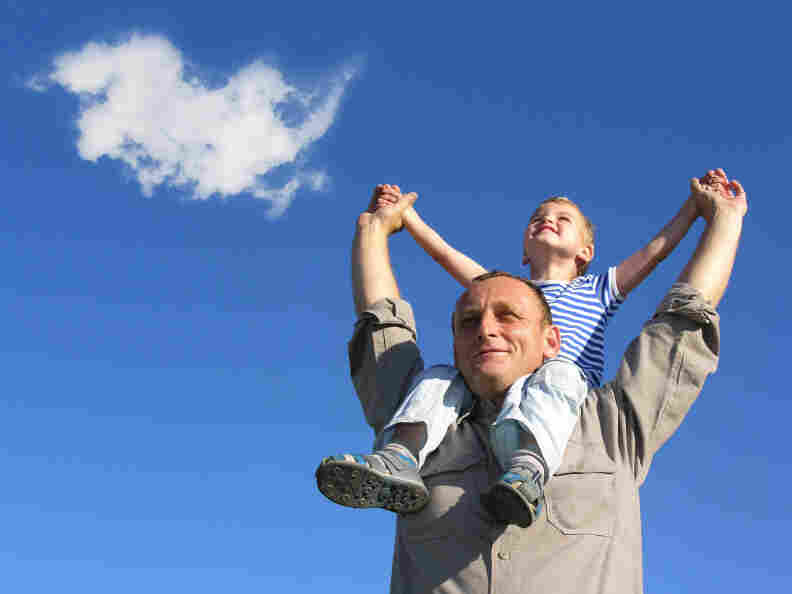 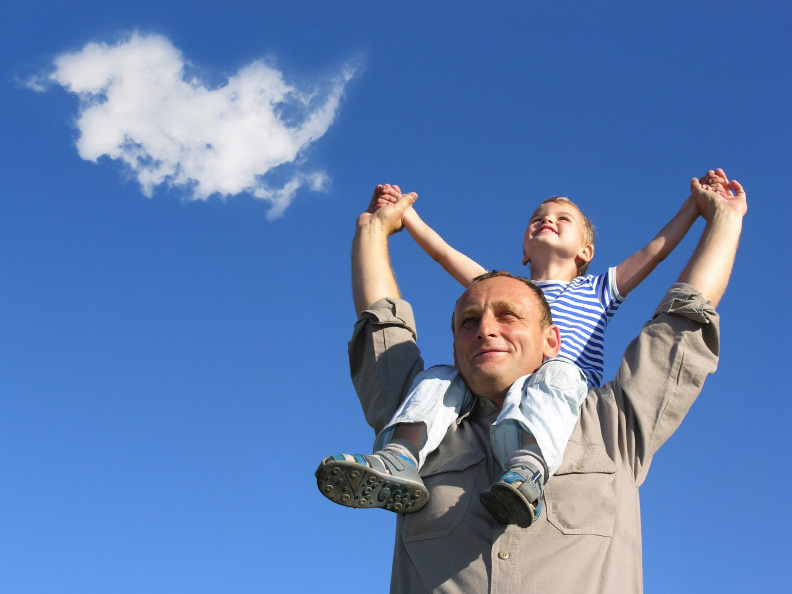 This interview was originally broadcast on Oct. 19, 2011.

Many people believe that happiness comes from money or youth or beauty, but Dan Buettner would respectfully disagree. Buettner visited some of the happiest places on Earth and argues that the real keys to happiness lie in fundamental, permanent changes to the way we live.

During a five-year study, the National Geographic fellow located the world's happiest places — in Denmark, Singapore, Mexico and California — and researched the characteristics those areas shared that improved the lives of residents.

He found six basic domains that govern happiness: community, workplace, social life, financial life, home and self. Buettner explains how you can implement changes in those areas in your own life in his book Thrive: Finding Happiness the Blue Zones Way.

On Denmark, where people are happy, even with a 70 percent tax rate

"We often think about happiness as trying to increase our joy, but it's also about decreasing our worry. So what you get for paying those high taxes is if you're a parent thinking about putting your child through school, you don't have to worry about it, because all education through college is free. In fact, college students ... draw a salary. 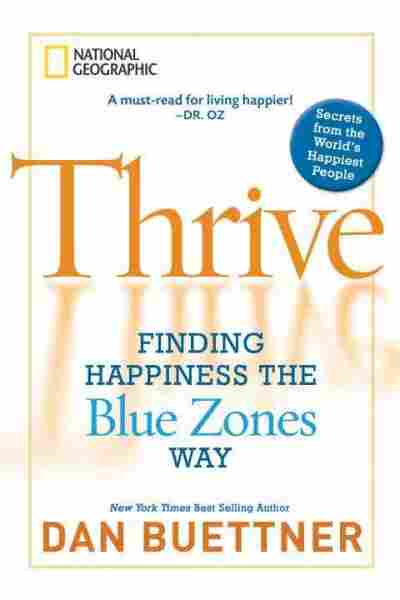 "So there's a certain lowering of stress in people's daily lives."

On Singapore as a controversial place to find happiness

"Le Kuan Yew, the ... prime minister there, he was very clever. I was ridiculed in a few columns [for] suggesting that he actually helped manufacture happiness, because Singapore is famous for caning, and if you're caught with a certain amount of drugs, you could face the death penalty.

"But on the other hand, this is a place where, statistically speaking, it's the happiest place in Asia. And when you write for National Geographic, we have to go with, not the gut, [which might lead you to suspect places] like Bhutan or Fiji, but we have to go with the numbers.

"And sure enough, this is a place where the three [major ethnic groups] are all put on a level playing field in that Lee Kuan Yew made English the lingua franca back in the 1960s, even though he had lots of pressure from China to make Chinese the lingua franca. Actually, the dominant ethnicity are Han Chinese there. But he put everybody on the same footing, and there's all kinds of laws in place to make sure that people mix with each other.

"About 90 percent of Singaporeans own their own home, but every high-rise reflects the ethnic proportion of the country. So you have the Malay, the Indian and the Chinese all living together, day to day."

On how Singapore offers tax incentives that make people happy

"I found other research that showed that as a rule, the more we socialize in a day, the happier we are. And the people with whom we're most happy socializing with, counterintuitively, are our parents. So here you have ... [an] Asian culture that spends more money, per capita, on taking care of the elderly.

"And one of the ways that they help elderly is if your aging parent lives with you or within 100 meters of you, you actually get a tax break, knowing that the kids tend to take care of their elders. And then the kids get a bit of a well-being bump because they're doing what science tells us bumps happiness among individuals, socializing with parents." 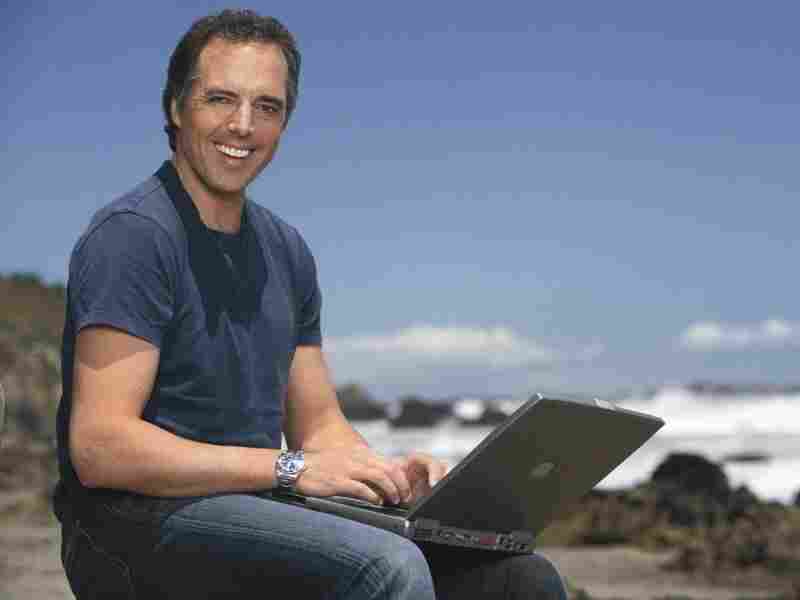 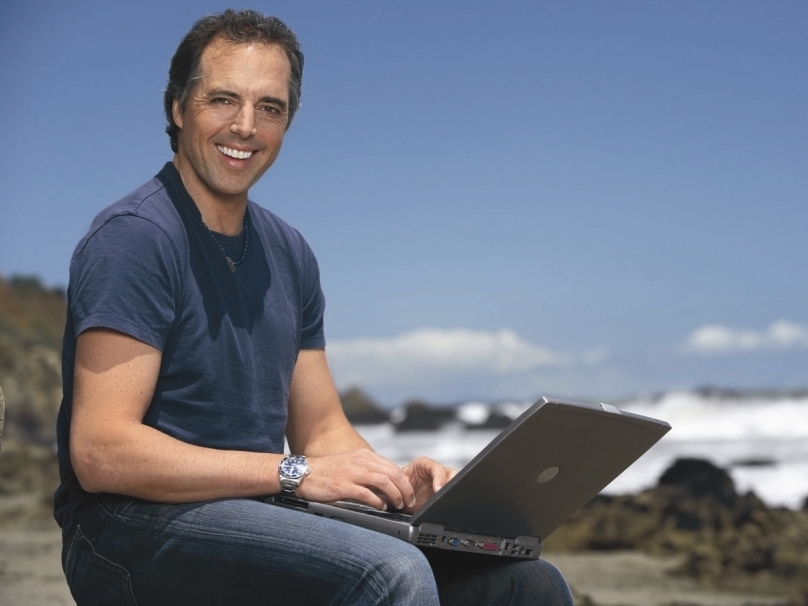 On one key to happiness: live around happy people

"Ron Inglehart, he runs something called the World Values Survey out of the University of Michigan, and they conduct a lot of these big, worldwide surveys. He's done a very convincing paper that once you have your basic necessities covered, the biggest variable in the happiness equation — did I marry the right person, do I have engaging work, do I have my health — the biggest variable ... is where you live.

"So if you take a Moldavian, for example ... Moldavians on a scale of 1 to 10 — this is oversimplifying — place themselves as a 3, and move them to Copenhagen, within about a year, they start reporting the levels of happiness of their adoptive home.

"So similarly in America ... if you move from an unhappy place to a happier place, you're also stacking the deck in favor of being happier yourself ... I would argue if you're unhappy where you are right now, if you don't like the place you live, strongly think about moving."

On a second key to happiness: Know when enough work is enough

"I think often in America, we think that if we work really hard and make a lot of money, we will be happier. But $75,000 [for a family of four] seems to be the ceiling when it comes to day-to-day experienced happiness. So it makes no sense to spend a lot of time working beyond that $75,000 level."

On how the happiest place in the U.S. — San Luis Obispo, Calif. — got so happy

"So my job is to start with the statistics. These people are saying they're happier than anyplace else, and I tried to answer why. And I traced it to a professor at the nearby university named Ken Schwartz who became mayor.

"When he came in as mayor, he kind of galvanized the City Council to focus. And rather than focusing on policies that bettered the commerce environment — the Chamber of Commerce was sort of running things before 1970 — he focused on policies that favored quality of life.

"... He got enough good policies in place that favored human habitation and well-being that lo and behold, 40 years later, people are saying they're happier there than anyplace else."

On why your commute may be making you less happy

On why Buettner chose to make his home in Minneapolis

"I live on the water. I live in a neighborhood that's consummately connected to my neighbors. I bump into them every day. I can bike to work. And, of course, Minneapolis, we think, oh well, it's cold there, lethally cold. But the reality is you adapt to weather ... Humans are consummately adaptable creatures."

Read an excerpt of Thrive