Accessibility links
Seeking Revenge In The 'Underworld' Of Stolen Bikes More than 200,000 bikes were reported stolen in 2010, according to FBI statistics. By some estimates, more than 1 million bike thefts go unreported annually. When thieves stole writer Patrick Symmes' bike in 2006, he set out on a vigilante crusade in "the dangerous underworld of vanished bicycles." 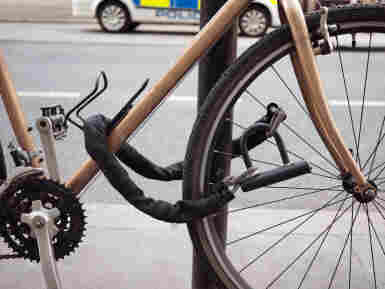 'Who Pinched My Ride?' in Outside Magazine

This interview was originally broadcast on Feb. 6, 2012.

In 2006, thieves stole writer Patrick Symmes' bike in broad daylight on a crowded, New York City street. This inspired Symmes to set out to catch a bike thief — any bike thief.

He tells the tale of this revenge-fueled, cross-country journey in the Outside magazine piece "Who Pinched My Ride?" The story is filled with GPS trackers, police stakeouts and undercover stings in what Symmes describes as "the dangerous underworld of vanished bicycles."

By some estimates, more than 1 million bike thefts go unreported each year. The annual value of stolen bikes is as much as $350 million, according to the FBI and the National Bike Registry.

"It's one of the solvents that makes the underground economy in America run," Symmes tells NPR's Neal Conan. "Police have — officer after officer told me — there's four currencies: there's cash, sex, drugs and bikes because you can steal them."

Most of the bikes ends up on Craigslist and eBay, others may go to flea markets or pawnshops. Still, for many police departments, these crimes are not a priority.

Symmes was able to secure a copy of the surveillance tape of the moment his bike was stolen. The tape caught two thieves as they sawed and hammered through his bike lock for 17 minutes. He estimates that 142 people walked by and only one tried to intervene.

"Almost right in front of you, magically the bike disappears," Symmes says. "You could put it in fast forward and watch it just sort of vanish. And it became this obsession, I admit." 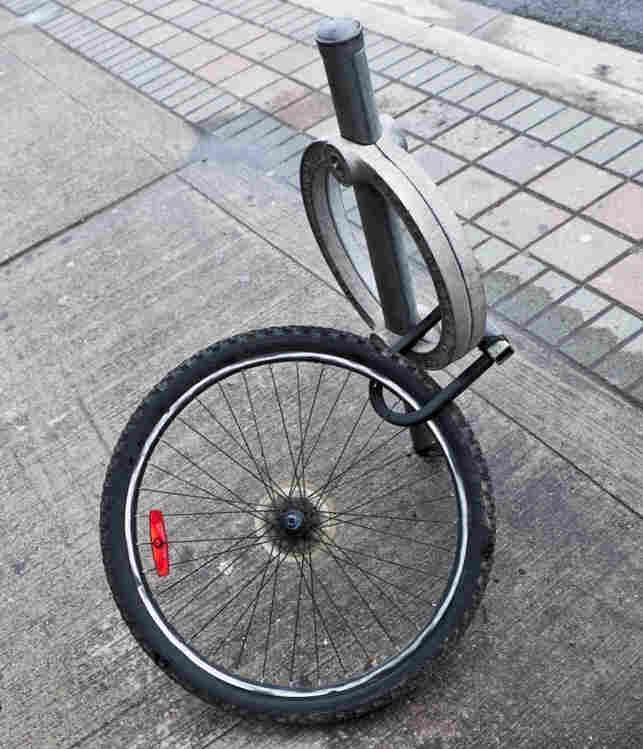 The majority of stolen bikes end up for sale on eBay or Craigslist. iStockphoto.com hide caption

For five years after his first encounter with bike thieves, Symmes spent time gradually working up schemes to try to catch them in the act. He started in New York, made his way to San Francisco and then to Portland, Ore.

The Portland police department is one of relatively few who will investigate bike thefts, because many of the officers are bicyclists. "They're enraged about this, and they want to get all involved." Symmes got an entire robbery squad to assist in setting up stings around downtown Portland.

In order to avoid losing your bike, Symmes recommends keeping a record of the bike serial number so that you can track it if it is stolen, locking the seat, and putting locking hex nuts on the front wheels. He also stresses the importance of having a good lock. But he warns that even high-quality locks won't stop the most ambitious thieves: "If they can't steal your whole bike, they'll steal the wheels. If they can't steal the wheels, they take the seat."

In the end of his journey, Symmes only had one actual run-in with a bike thief, a schizophrenic man who promptly returned the bike after Symmes chased him down. "So it was not the sort of vengeance that I dream about," Symmes said. "It was kind of an immersion in the real underbelly and the street people and the crisis in this country over issues that have nothing to do with bikes."