Accessibility links
Quvenzhane Wallis: 'If I Have To Be Fierce, I'll Be Fierce' The 9-year-old beat out thousands of other potential young actresses for the role of Hushpuppy in Beasts of the Southern Wild. Now, she's juggling being the youngest ever nominee for the best actress Academy Award with the equally challenging job as a fourth-grader. 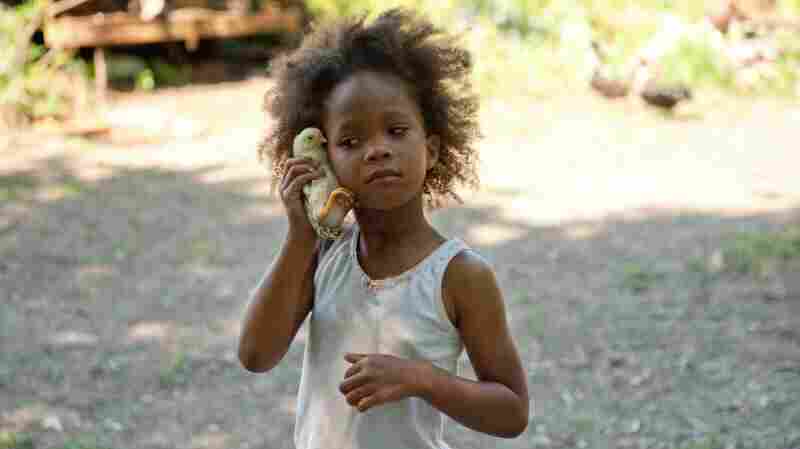 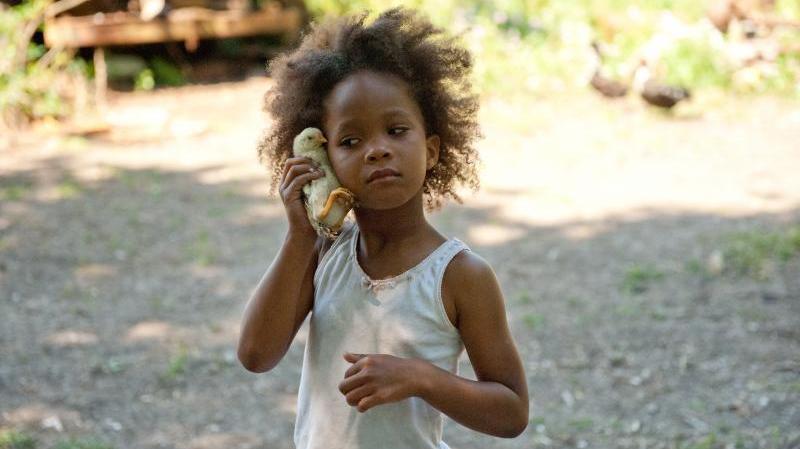 Quvenzhane Wallis plays Hushpuppy in the film Beasts of the Southern Wild.

Quvenzhane Wallis was just 5 years old when she auditioned for a role in the Oscar-nominated film Beasts of the Southern Wild, and 6 when she shot the movie. Now, at age 9, she is the youngest ever to receive a best actress Oscar nomination.

In the film, Quvenzhane plays a wild child named Hushpuppy, who lives with her sick father in a ramshackle, isolated community called the Bathtub, on the fringes of the Louisiana coast.

She speaks with All Things Considered host Melissa Block about finding time to be a fourth-grader, what was hard about filming in the Louisiana bayou, and which scene she won't re-enact for her friends.

On her audition with director Benh Zeitlin, who said he picked Quvenzhane for the role because she was "fierce" and had tenacity

On how she sees her character

"[Hushpuppy] was ... a little girl who wanted to just follow her father, because her mother wasn't there, and she just wanted to go, kinda just like went after everything that he has done." 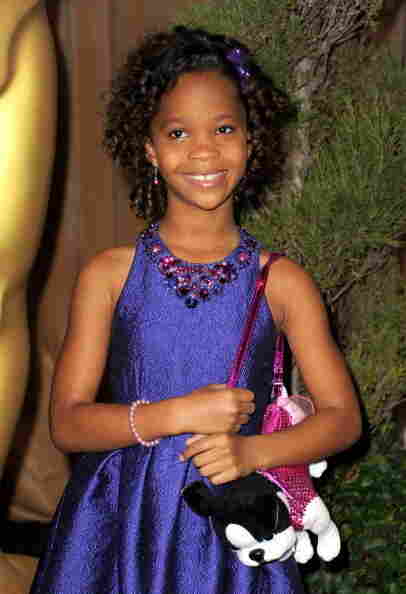 Quvenzhane is the youngest actress ever to be nominated for the best actress Oscar. Kevin Winter/Getty Images hide caption

On the hardest part of filming the movie

On the movie's 'Who's the man?' scene

"That was like a fun scene. Whenever we started saying, like, 'I'm the man, I'm the man,' and just, we did that together ...

On finding balance as an Oscar-nominated fourth-grader