Accessibility links
Disabled Residents Displaced By Superstorm Sandy Back At Home It's been nearly four tumultuous months since Superstorm Sandy forced the residents of Belle Harbor Manor from their adult home. Last week, the residents, who suffer mental and physical illnesses, were allowed to return home, only to find that things were not at all like they left them. 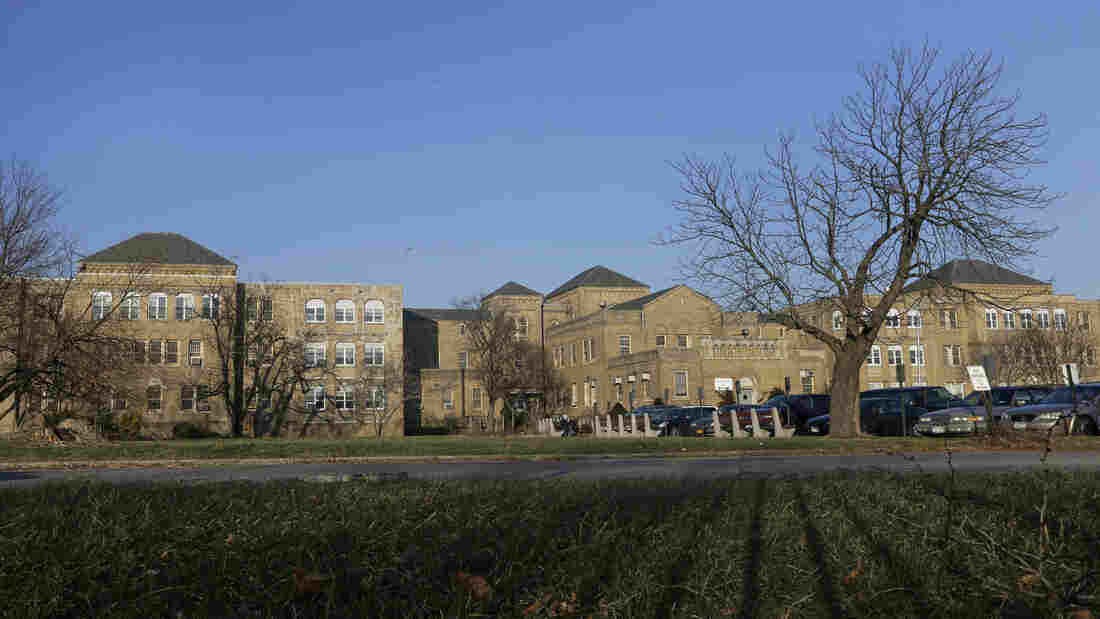 Some elderly and disabled residents of Belle Harbor Manor were evacuated here, to the Creedmoor Psychiatric Center campus in Queens, as a result of Superstorm Sandy. Frank Franklin II/AP hide caption 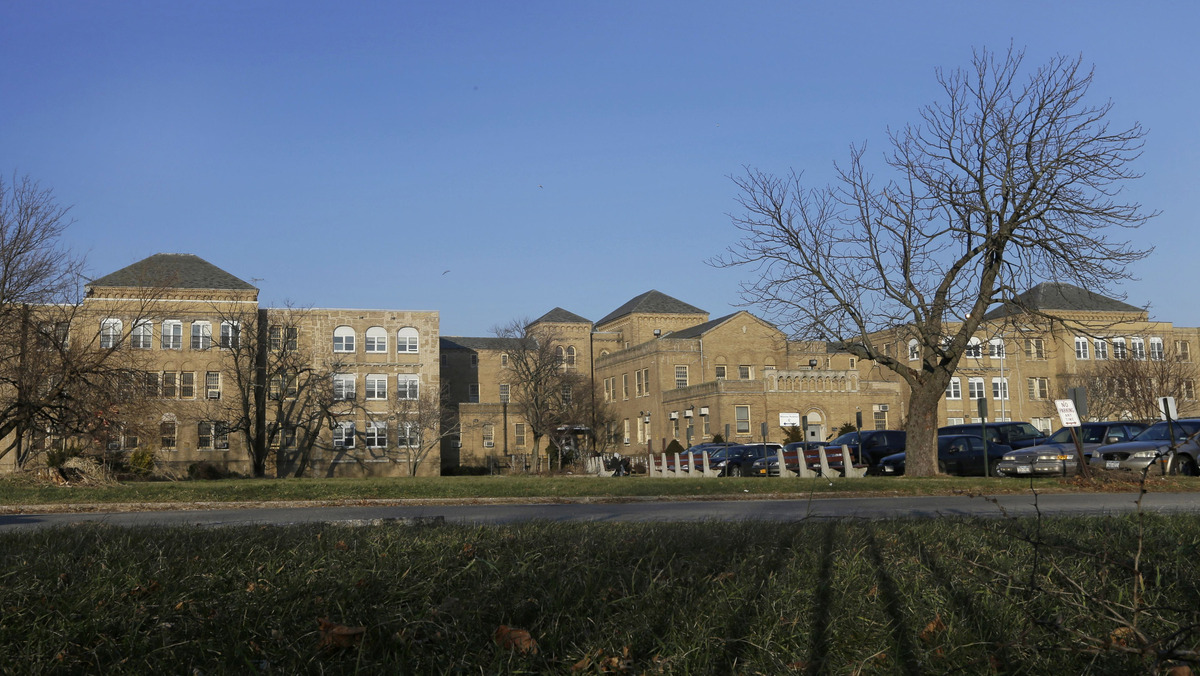 Some elderly and disabled residents of Belle Harbor Manor were evacuated here, to the Creedmoor Psychiatric Center campus in Queens, as a result of Superstorm Sandy.

When Superstorm Sandy crashed ashore in October, thousands of residents of nursing homes, assisted living centers and adult homes evacuated to various facilities, many of them overcrowded and ill-prepared for the influx.

The evacuees have slowly trickled back to those homes that can be repaired.

One group recently returned to an adult home for the mentally ill and physically disabled in Queens, but many residents weren't happy with what awaited them.

The 90-plus evacuees of Belle Harbor Manor expected to be back by late morning. But even the home stretch of their 3 1/2 month exodus had delays. They arrived in the late afternoon — in time for a festive welcome home dinner. The renovations of the Sandy-drenched first floor immediately struck Alex Woods and Bob Rosenberg, who described it as a "vast improvement." 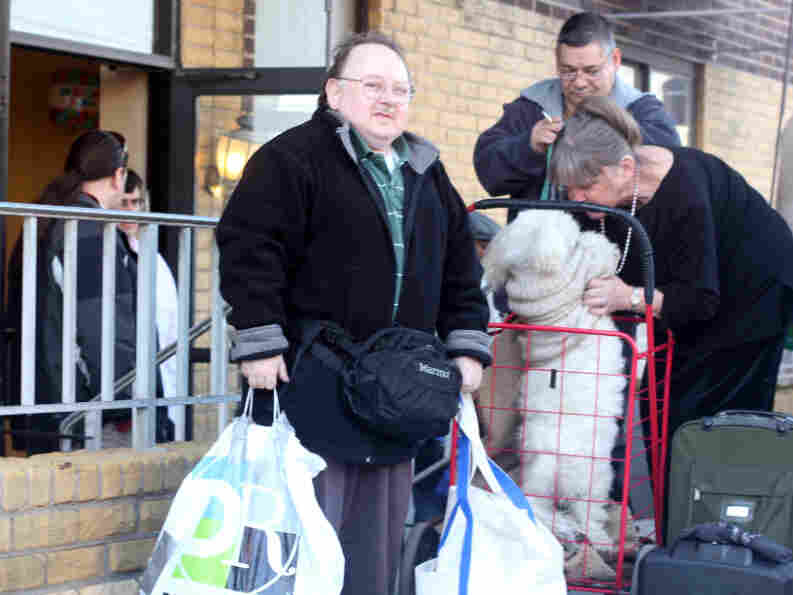 Bob Rosenberg was among several residents pleased to be back at Belle Harbor Manor — but nervous about possible losses to looters and cleanup workers. Fred Mogul/WNYC hide caption 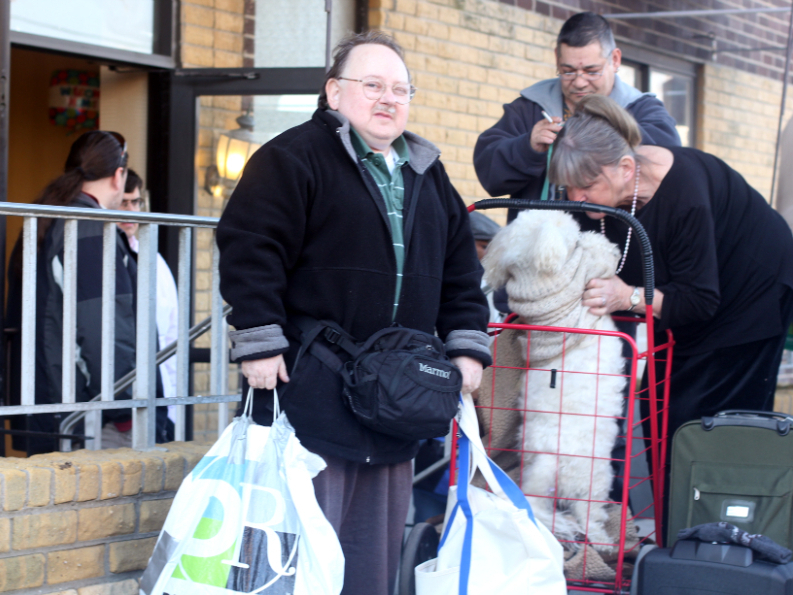 Bob Rosenberg was among several residents pleased to be back at Belle Harbor Manor — but nervous about possible losses to looters and cleanup workers.

They're sitting in a dining hall with a shiny new linoleum floor and freshly painted walls. Mylar balloons float above each table, and Donna Rubin was one of many smiling people thrilled with the catered meal.

"It was delicious. Chicken, potato kugel, franks in the blanket — that was my favorite," she says.

Adult homes like Belle Harbor Manor serve people who suffer from a range of mental illnesses and physical disabilities, but who are pretty functional and independent. After dinner, residents were allowed to go to their rooms. That's when complaints quickly began filtering into the hallways.

"I open door and I saw this lock is broken," says Jagdesh Trivedi, one of several people who found drawers and cabinets broken into, possessions rifled through, and valuables missing.

Belle Harbor Manor spokesman Jonathan Greenspun says looting was widely reported throughout the area affected by the storm, and all allegations of theft will be investigated.

For Bob Rosenberg, who has cerebral palsy and other long-term health problems, coming home to find people had gone through his papers was a troubling end to a long journey.

"For four months, I was so anxious to get back, but now it's like the nightmare is starting all over again," Rosenberg says.

He and others said it was just the latest in a series of indignities. First they were told to "shelter in place," while the whole Rockaway peninsula of Queens was ordered to leave. Then two days later, out of safety concerns, they were told to evacuate, which meant sloshing through waist-high water on the facility's first floor.

They went to a cavernous shelter and a dirty hotel for six weeks, before landing at Creedmoor, a large state psychiatric facility. Angelo Catanzaro was one of several people who described the place as "harrowing."

"The bathrooms are filthy in there. A lot of rooms have no heat in there. Nobody should live like that," Catanzaro says. "Five boroughs, and they couldn't come up with a better place than that?" 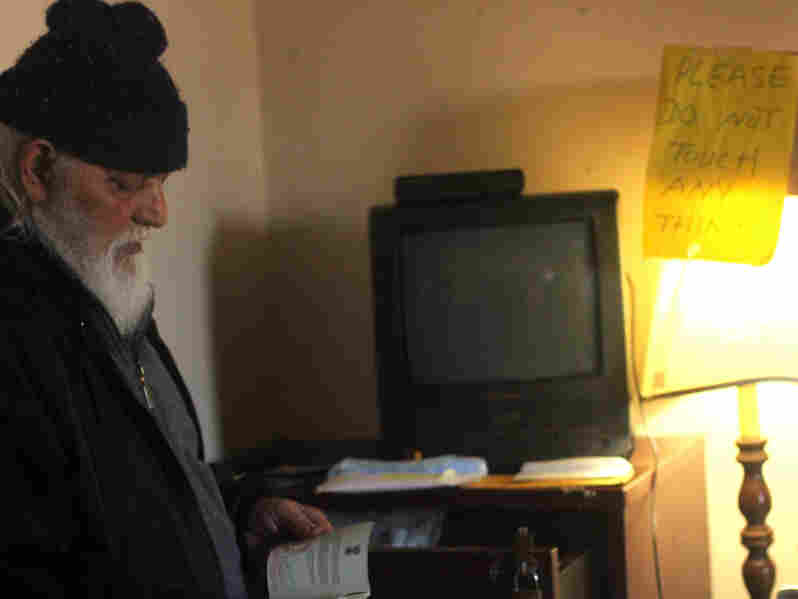 Jagdesh Trivedi believes his green card and Social Security card were stolen, along with more than $200 and two pairs of shoes. Fred Mogul/WNYC hide caption 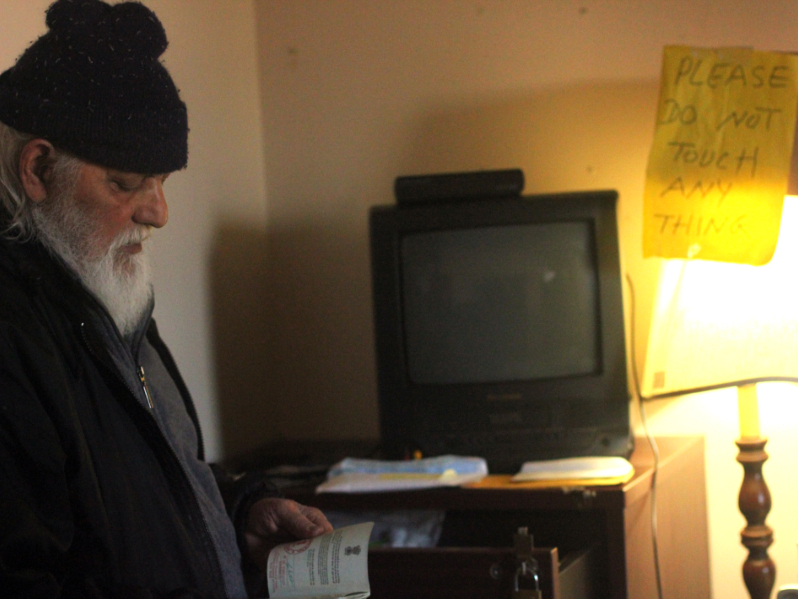 Jagdesh Trivedi believes his green card and Social Security card were stolen, along with more than $200 and two pairs of shoes.

One volunteer who worked closely with them says many residents grew increasingly depressed and dysfunctional at Creedmoor. But Maureen Italiano, of the Institute for Community Living, which manages the facility, says she heard few complaints from the residents.

"I think that people were comfortably accommodated and worked closely with our case management and support staff in the building," she says. "At their departure, we shared lots of hugs, kisses. I received many thanks for watching over them."

One resident, Howie Kucine, says after more than three jarring months away, returning to Belle Harbor Manor to find missing possessions is the last straw.

"I can't stand this city anymore. I've always loved New York, but not now, after what happened," he says.

Another resident, a 93-year-old retired English and Latin teacher, was a little more restrained. Asked if she was glad to be back, she said, "I am, but ask me again in two weeks."