A Bona Fide American Tragedy In 'The Terror Courts'

A Bona Fide American Tragedy In 'The Terror Courts' 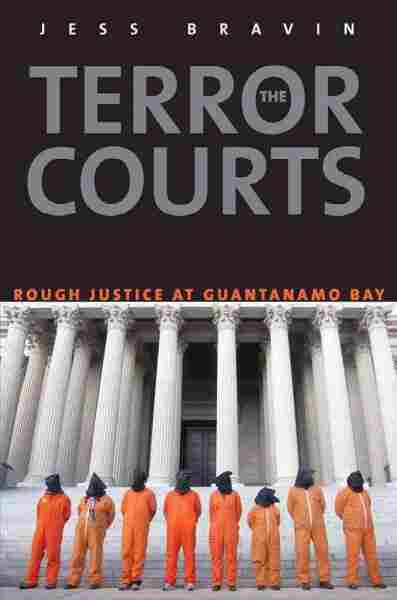 The torture of alleged terrorism suspects at Guantanamo Bay — first reported by the Red Cross in 2004 and since attested in thousands of declassified memos and acknowledged by a top official in the administration of George W. Bush — has never been far from the headlines, and rightly so. But another breach of human rights and American values at the Cuban prison camp gets far less attention: the secretive military commissions that prosecute these suspects away from the American justice system. In this parallel legal universe, normally inadmissible material is as good as gospel; the accused can be denied access to evidence; the military can censor any proceedings it chooses; and even an acquittal doesn't mean you'll be released.

Jess Bravin, a reporter for the Wall Street Journal and a tireless investigator of this secretive world, has been traveling to the Guantanamo courts since they opened in August 2004. The Terror Courts, his exhaustive and highly disturbing history of the nation's shadow justice system, takes us deep into the heart of the military and its unprecedented effort to retain legal control over detainees. It reads at times like a political thriller, with dramatic showdowns between Bush officials and military veterans. But this book isn't fiction. It's not even really a history: These commissions are still going on.

It's forgotten now, but in the days and months after the Sept. 11, 2001, attacks, none of the major arms of the national security service — not the CIA, not the FBI, not the Justice Department, not the Pentagon — contended that the federal courts were inadequate to handle the task of prosecuting and convicting terrorists. Rather, as Bravin shows, the construction of a parallel legal system was a governmental power grab: a shift of authority from the legislative and judicial branches to the executive, masterminded by Bush-era lawyers and advisers such as David Addington, the vice-presidential legal counsel known as "Cheney's Cheney," and John Yoo, who penned the so-called "torture memos" at the Justice Department. These architects of the expansive executive branch did not want an ad hoc military tribunal, such as in Nuremberg after World War II. They wanted their own permanent system, under their control, and they built it from scratch. "In effect," writes Bravin, "today's military commissions are the legal equivalent of a war of choice."

Bravin details the many legal battles, reaching all the way to the Supreme Court, that surrounded the creation of the commissions. But the hero of Bravin's book, if that's the right word, is Stuart Couch, a Republican lawyer with the U.S. Marine Corps who volunteered for the military commissions after his friend died on Sept. 11. With Couch as his guide, Bravin describes the creation of the tribunals, the sapped morale among their participants, and the pressure from Bush appointees on figures lower down the chain of command. 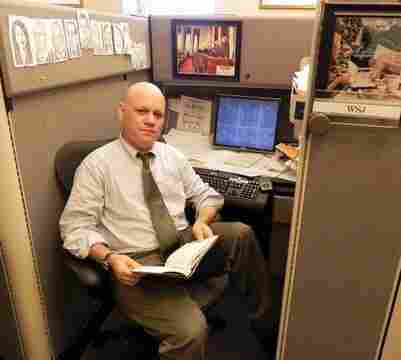 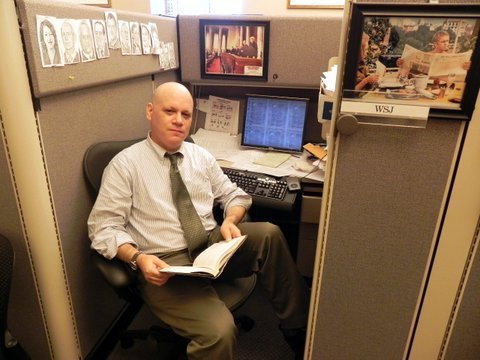 Jess Bravin is the Supreme Court correspondent for The Wall Street Journal.

Couch couldn't wait to prosecute Mohamedou Ould Slahi, a Mauritanian radical imam (who is still being held at Guantanamo Bay) — but it didn't take long before he concluded that the evidence he had to work with was inadmissible if not worthless. As Bravin reports, at Guantanamo Slahi was stripped naked and subjected to a probe of his anal cavity; beaten so hard that he suffered "rib contusions"; exposed to extreme temperatures under a heater or in a room known as "the freezer"; forced to stay awake amid blaring rock music and strobe lights; and taken to a room whose walls were covered with images of women's genitalia while female interrogators rubbed their breasts over his body.

Eventually he provided his interrogators with some kind of testimony. But Couch, a devout Christian, at first had religious misgivings about torture, then legal ones. When he told his superior that Slahi's interrogation had violated the Geneva Conventions and other treaties, he was waved away. So he refused to prosecute. "I hate to say it," he tells his wife, "but being a Christian is going to trump being an American."

Couch, like other brave figures in the military and the administration, spoke out about the inadequacy of the tribunals, but that hasn't made them go away. When he came to office in 2009, President Obama promised to shut down Guantanamo Bay (he did not, of course), but he didn't exactly promise to end the military tribunals that were taking place there. Khalid Sheikh Mohammed — the Sept. 11 mastermind whom Eric Holder attempted and failed to have tried in New York — is currently being prosecuted in one of these tribunals, and as Bravin witnesses from the press box at Gitmo, it's a fiasco. The defendants fail to acknowledge the legitimacy of the court, while a military censor hits a button to cut the audio feed to journalists, families of Sept. 11 victims and the rest of the outside world.

Why has Obama, a distinguished constitutional law scholar in an earlier life, failed to roll back the massive expansion of executive power orchestrated by the last administration's lawyers and advisers, people whose vision of justice he doesn't come close to sharing? Bravin speculates that the president really did want to end the program but thought "his political capital was better spent on other priorities — health care, economic recovery, the Iraq drawdown." Given Obama's embrace of drone strikes and other elements of Bush's military strategy, that may be a wishful read. Whatever the reason, the military commissions now have "a bipartisan imprimatur that virtually ensures they will be a fixture of American law for years to come." It's a stark conclusion to this essential book, but a necessary one. The Terror Courts may read like a thriller at times, but really it's something else: a bona fide American tragedy.

Read an excerpt of The Terror Courts