Accessibility links
Prisoner's Handwritten Petition Prompts Justices To Weigh Government Immunity The Supreme Court hears arguments on whether the federal government can be sued for the actions of prison guards. It comes 50 years after the landmark Gideon v. Wainwright ruling required states to provide counsel for indigent criminal defendants, a case that also began with a long shot, longhand plea from behind bars. 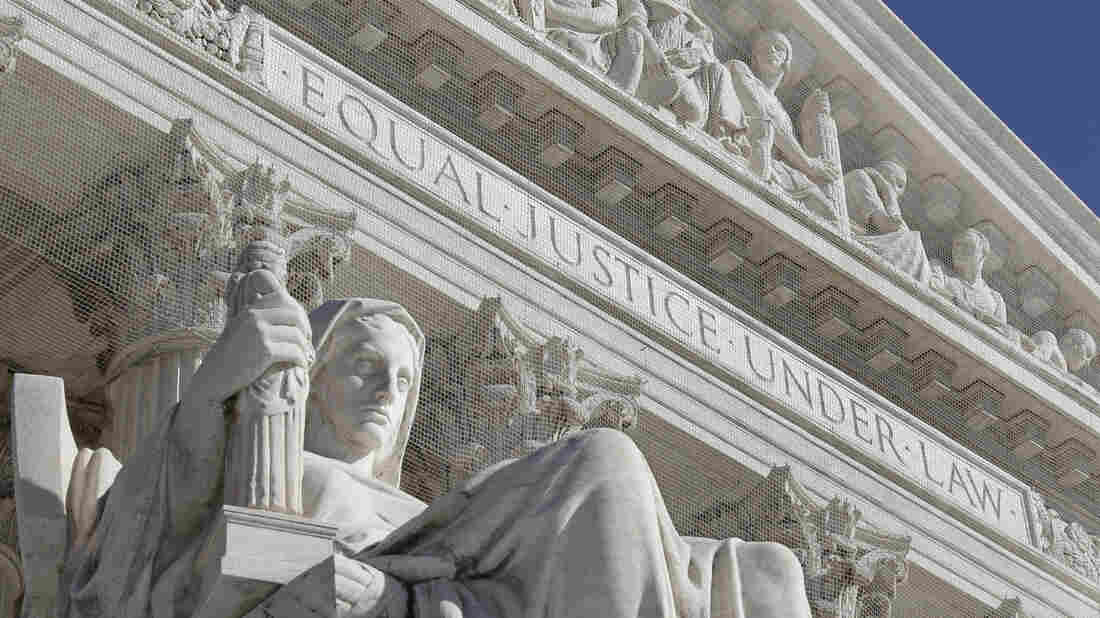 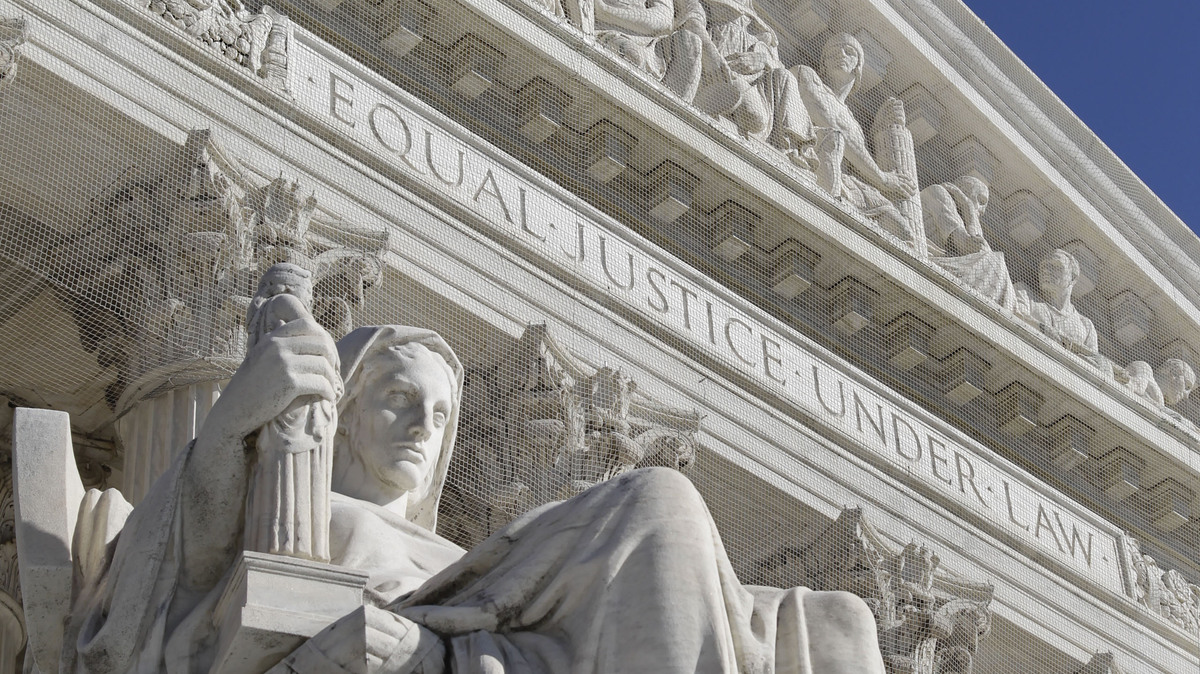 This year marks the 50th anniversary of Gideon v. Wainwright, the Supreme Court's landmark decision requiring the states to provide lawyers for poor people accused of committing crimes. Clarence Gideon, the defendant in that case, wrote his own petition to the high court in longhand, and Tuesday, the Supreme Court is hearing the case of another defendant who, in the longest of long shots, filed a handwritten petition from prison asking the justices for their help.

Kim Millbrook, the defendant in the case, is not nearly as sympathetic a figure as Gideon. After all, Gideon was acquitted at his retrial after the Supreme Court ordered the state of Florida to provide him a lawyer. In contrast, Millbrook's conviction and 31-year prison sentence is not the issue in this case. What is at issue is whether he can sue the U.S. government over allegations that he was assaulted by prison guards at the federal penitentiary in Lewisburg, Pa.

Millbrook claims that he was held down by one guard and forced to perform oral sex on another guard while a third prison guard stood watch. His case was thrown out by the lower courts without ruling on the merits of the allegations. Instead, the lower courts dismissed the case on grounds of sovereign immunity — the concept that the government is immune from certain kinds of lawsuits.

When the case got to the Supreme Court, Millbrook gained an unexpected ally, sort of. The government initially argued that the court should not take Millbrook's case. It then changed course and alerted the court to an issue Millbrook had not raised, but that lower courts across the country are divided on. The issue is whether federal law waives sovereign immunity and allows lawsuits against the United States for intentional wrongful acts by prison guards acting as law enforcement officials.

That is the question the justices are tackling Tuesday. To ensure all sides are adequately represented, the court appointed a lawyer to represent Millbrook and another one to represent the judgment of the lower courts. The federal government filed its own brief urging the Supreme Court to reverse the lower's ruling on this issue.

Even if Millbrook wins the right to sue, though, there is serious doubt as to whether he will ultimately win his case. He is what is known in the trade as a "frequent filer" — he files lots of cases against the prisons where he has been forced to reside. And he has not yet won a single one of them.