Accessibility links
Why One Mom Put Her 7-Year-Old On A Diet When Dara-Lynn Weiss saw her daughter gaining a lot of weight, she put her on a strict diet. That decision made Weiss the target of criticism from her daughter, her friends and people who didn't even know her. Weiss talks about the experience, which she chronicled in her new memoir, The Heavy: A Mother, A Daughter, A Diet. 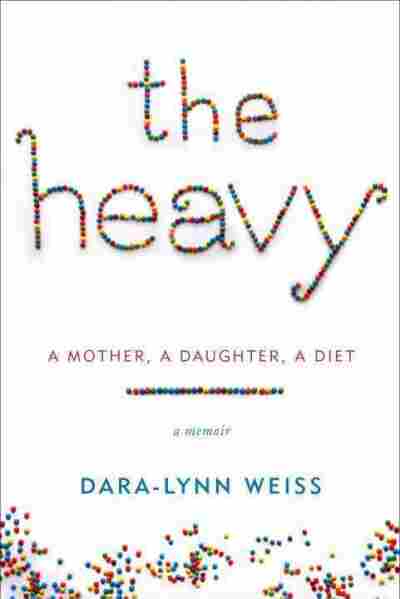 A Mother, A Daughter, A Diet: A Memoir

Title
The Heavy
Subtitle
A Mother, A Daughter, A Diet: A Memoir
Author
Dara-lynn Weiss

Over the past few years, there's been a spotlight on the growing number of overweight and obese children in America. Today, more parents are paying close attention to what their kids eat and how often they exercise. While many parents might balk at the idea of putting a 7-year-old on a diet, that's what Dara-Lynn Weiss did. She speaks with NPR's Michel Martin about the ordeal, which she recalls in her new memoir, The Heavy: A Mother, A Daughter, A Diet.

"Before I had an obese child, I had very clear ideas about what caused childhood obesity and what would fix childhood obesity. And I very much blamed parents of obese children for not feeding their children properly, for not seeing to it that they had healthy habits or got enough exercise," Weiss says. But Weiss found that her family didn't fit that stereotype. She tried adjusting her daughter's meals and activity, but the weight didn't budge. Finally, during her daughter's checkup, the doctor suggested that it was time to do something.

Putting her daughter on a diet wasn't easy. At times, Bea (not her real name) rebelled by eating pizza and cookies at school. Weiss found herself arguing with family, friends and other parents about nutrition. Once, she got into a verbal altercation with a Starbucks barista over the calorie count in a child's hot chocolate. Eventually, after a year, Bea dropped the weight.

Weiss acknowledges that her decision was controversial. But she says being "the heavy" is part of good parenting. Making unpopular and complicated decisions is part of being "the tough one for the best interest of the child," she says.

Read an excerpt of The Heavy