Accessibility links
Glen Weldon On LGBT Characters In Graphic Novels There are an increasing number of LGBT characters in mainstream superhero comics — but visibility isn't everything. NPR's comic-book guy Glen Weldon has a roundup of manga and independent graphic novels that offer a deeper and more nuanced portrayal of LGBT life. 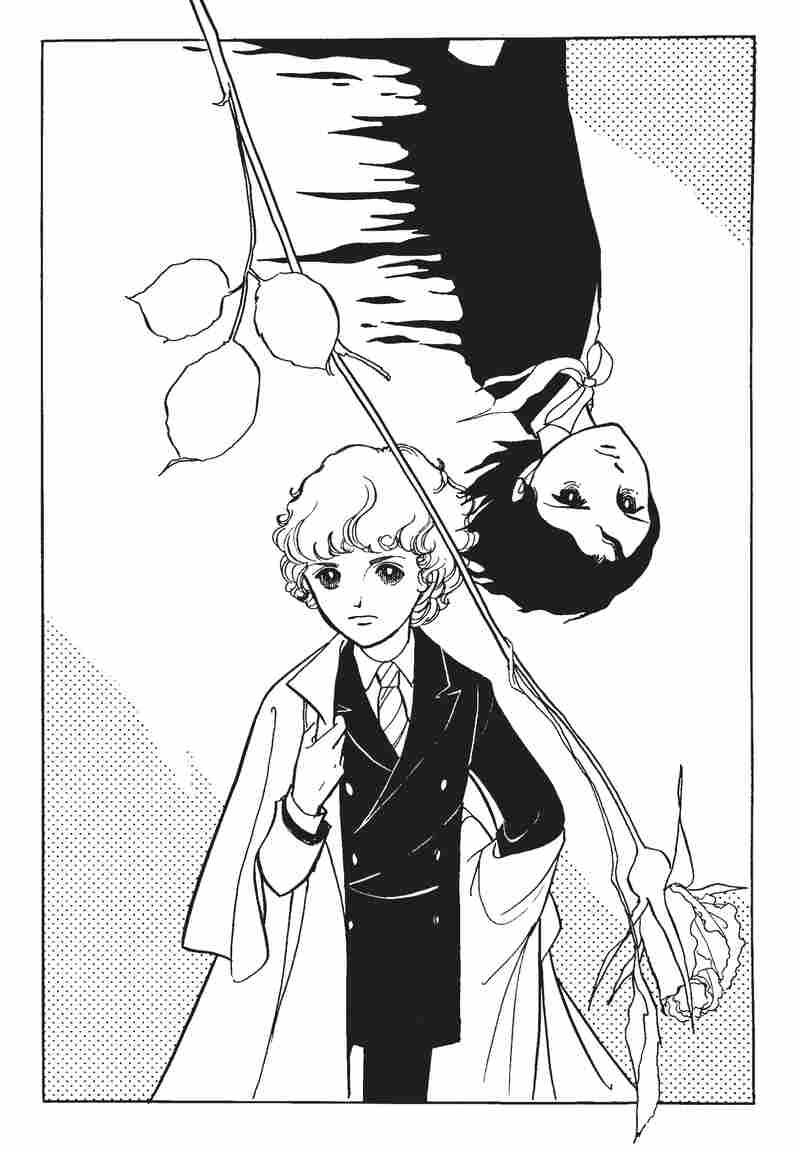 The Heart of Thomas, by Moto Hagio, was one of the first Japanese comics to deal with same-sex relationships. Fantagraphics hide caption 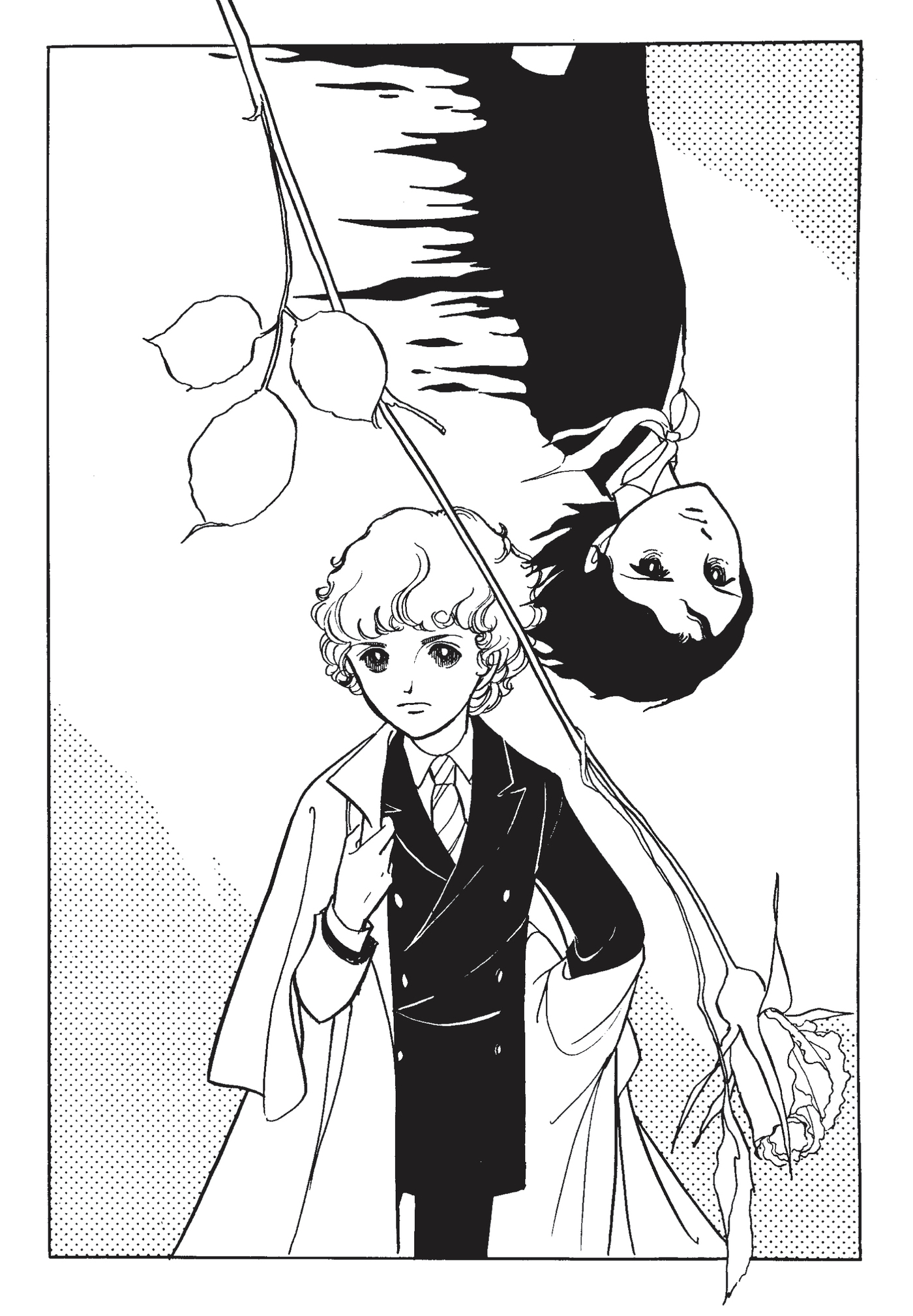 The Heart of Thomas, by Moto Hagio, was one of the first Japanese comics to deal with same-sex relationships.

OK, yes: To gay comics fans like me, DC Comics' decision to hire an anti-gay activist like Orson Scott Card to write Superman — an iconic character who exists to represent humanity's noblest ideals of justice and compassion — is deeply dispiriting.

But it doesn't change the fact that today's mainstream superhero comics contain more LGBT characters than ever. Surely this is a good (if, let's agree, weirdly specific) thing. After all, superheroes remain the comics medium's dominant genre, and having the characters who populate that genre more closely resemble those of us who populate the world at large must count as progress.

Northstar. Batwoman. Hulkling. Wiccan. The Green Lantern of Earth-2. Bunker. Midnighter. Apollo. Shatterstar. Daken. Billy the Vampire Slayer. None of them is a household name, yet they're making their way into more and more households as an increasing number of storylines deal matter-of-factly with the sexuality of LGBT heroes. To organizations like GLAAD, which campaign for greater LGBT visibility in pop culture, that's what counts.

But visibility is a first step. And while I'm happy that the superhero genre is finally taking it, it must be noted that creators of manga and independent comics like the ones below have already taken many steps down this road, telling nuanced, compelling and at times discomfiting stories about the varied and complicated LGBT experience.

Set in an all-boys boarding school.

If it sounds like a nervy thing to do today, it was practically unheard of then. Moto Hagio was a member of a new generation writing shojo manga ("comics for girls") who were determined to bring a less formulaic, more grounded sensibility to the form. In the decades since her manga opus The Heart of Thomas was first published, this twisty tale of chaste but soul-shattering love has earned a reputation as a definitive — and hugely influential — example of the genre.

It may have taken 40 years for an English translation to arrive on our shores, but you'll understand what all the fuss is about within the first few pages. Hagio sidesteps melodrama by zeroing in on the shifting interpersonal dynamics of the boys' relationships, which become deeper and more layered as the story reaches its enigmatic conclusion. Yet whenever the emotions roiling just under her narrative's surface threaten to overtake her characters, Hagio's otherwise exacting and detailed art goes expressively feathery at the edges, like a ghost vanishing softly into the ether.

Freddie is the youngest sibling of the idiosyncratic Mullen family, whose travails Lynda Barry lovingly and brilliantly chronicles in Ernie Pook's Comeek. He's an odd, bright, troubled and frequently bullied kid, who in this collection of strips is left emotionally scarred by a brush with the law and the death of a classmate. But those are merely the plot points, which are the least essential aspects of Barry's cartooning.

To read Barry is to have your perception fundamentally altered, to see — and feel — a kid's imagination from the inside. Barry's illustrations show us the world around Freddie as it swirls and burns and dazzles; it is a violent and hostile place that assails his fundamentally sweet, open nature at every turn. Yet as always, we never sense that Barry is cynically manipulating our emotions, because the voices of her characters remain so vividly real. The Freddie Stories contain some of the darkest and most heartbreaking work Barry has ever done. Also some of the very finest.

The first thing that strikes you about Shimura Takako's tale of a pair of transgendered kids who find solace with one another is its quiet, assured tone; Takako presents their stories with admirable sensitivity and restraint. But if that description leads you to suspect that Wandering Son will be a blandly well-intentioned plea for tolerance, you'd be very wrong.

Happily, Takako is first and foremost a storyteller, who locates the humanity in her two leads (Yoshino, a girl who wants to be a boy; and Shuichi, a boy who wants to be a girl) even as she steadily raises the stakes and (gleefully) tightens the screws. Volumes 1 and 2 find the pair gingerly stepping onto the path of self-acceptance. In Volume 3, however, their secret stands revealed, forcing them to confront their classmates — and each other — in wholly new ways. The story Takako is unfolding is one that grows more compelling, and more tense, with each volume. (Volume 4 will be published in May.)

It doesn't take anything away from Los Bros Hernandez's tender and intricate Love and Rockets and Terry Moore's epic love story Strangers in Paradise to note that both of those wonderful series, which involve lesbian relationships, are written by straight men.

In the anthology No Straight Lines, editor Justin Hall has assembled a stylistically and emotionally diverse sampler of underground comics by LGBT creators — the stories we tell ourselves. The worlds revealed in these panels is not, as you might expect, heavily codified and insular, but recognizably, achingly human and universal. From Stonewall and the AIDS crisis to the terrifying specter of domesticity, this clear-eyed, unsentimental collection demonstrates the extent to which, for LGBT people, the personal and the political have always bled together.

Look: It's great that we've got layered, resonant and uncompromisingly honest narratives about the LGBT experience like the ones above. But sometimes you just want to kick back with a Kevin Keller story.

Kevin, the latest addition to the Riverdale gang, would be the first to tell you he's got it pretty easy. Handsome, friendly and popular, Kevin's an overachiever whose friends and family fully accept his sexuality; his military dad eagerly offers dating advice. But even into the bright, primary-colored, well-scrubbed fantasia that is Archie's universe, conflict can and does arise: In this second collection of Kevin stories, our hero faces down a homophobic, name-calling nemesis with the help of his friends. (Riverdale being Riverdale, the epithets in question never manage to escalate beyond "fruitcake" and "twinkletoes.")

No, it doesn't shine a harsh light on the issue of bullying or reveal complex emotional truths about life as an outsider. It's just a light, breezy story about a gay guy named Kevin palling around with Archie and Veronica in Riverdale. It's a story I never thought I'd read.

I mean, my money was always on Jughead.