Accessibility links
Jake Tapper: 'The Outpost' That Never Should Have Been In a new book, the CNN anchor tells the story of Combat Outpost Keating. The ill-fated American military base was in a remote Afghan valley, and on Oct. 3, 2009, it became the site of one of the deadliest attacks against U.S. troops in the history of the war in Afghanistan. 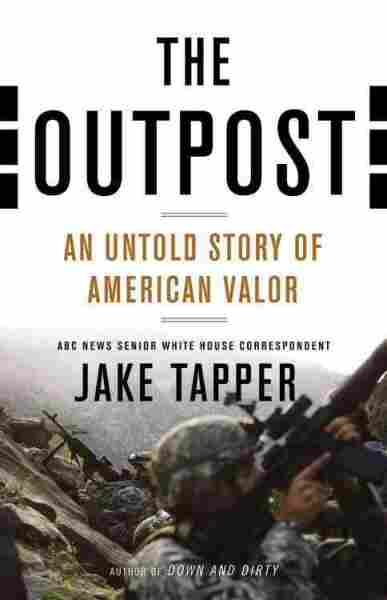 An Untold Story of American Valor

As the White House correspondent for ABC News, Jake Tapper covered the war in Afghanistan from what he calls "the comfort of the North Lawn of the White House."

"I had not been a war reporter in any sense other than debates about the war in Washington, D.C.," he tells Fresh Air's Terry Gross.

But then, on Oct. 2, 2009, Tapper's son was born. As he sat in the hospital room the next day, he recalls how, "in the haze in that room, out of the corner of my eye, I caught this TV report about the attack on Combat Outpost Keating. ... And it was just a gripping story, and most poignant for me was, as I heard about this story — up to 400 Taliban attacking 53 U.S. soldiers; the U.S. soldiers were at an incredibly vulnerable base at the bottom of three steep mountains just 14 miles from the Pakistan border — what was most poignant about it was holding my son and hearing about eight other sons taken from this world."

Tapper, who recently moved from ABC to CNN, wanted to know more about the eight men who died that day and about the 45 who survived. He also wanted to know why the military would put an outpost at the bottom of three steep mountains filled with people who wanted to kill those stationed there. The result is The Outpost: An Untold Story of American Valor. Tapper's new book illustrates some of the larger problems American soldiers have faced in this war, including insufficient resources and what Tapper describes as "the deep-rooted inertia of military thinking."

Tapper says it's remarkable anyone survived the 2009 attack.

"To this day there are people who don't understand," he says, "people who are military historians and experts at combat who don't understand how anyone survived, because ... the last four words a soldier wants to hear: 'Enemy in the wire' — 'The enemy is inside the camp' — come across the radio."

On Feb. 11, one of the survivors, Army Staff Sgt. Clinton Romesha, received a Medal of Honor from President Obama for the heroism he displayed in that battle.

The flora and the fauna at Combat Outpost Keating

"I wanted to get across how otherworldly it was for the men to live there. This part of Afghanistan is gorgeous. It's mountains with cedar and walnut and fir trees and beautiful rivers, but ... for a lot of these troops it's like walking into another dimension where the creatures are just, you haven't ever seen anything like that. The lizards, the horned vipers — snakes that look like they have horns — there are monkeys in trees, there are leopards. The lizards would get as long as 6 feet, and then there's all these weird insects. Centipedes that were longer than a man's foot, different kinds of ants. ...

"But then the worst and the strangest creature was this thing called a camel spider, which is not technically, actually — it's about the size of a man's hand, and they're not poisonous but they are terrifying, and they would have a habit of being in your sleeping bag or in your shoe. These are spiders that would eat birds and lizards. It's something out of Stephen King. I mean, the men would have fun with it. They would put two in a box and watch them kill each other, or they would throw them at each other, but it certainly illustrated to the men that they're not in Kansas anymore." 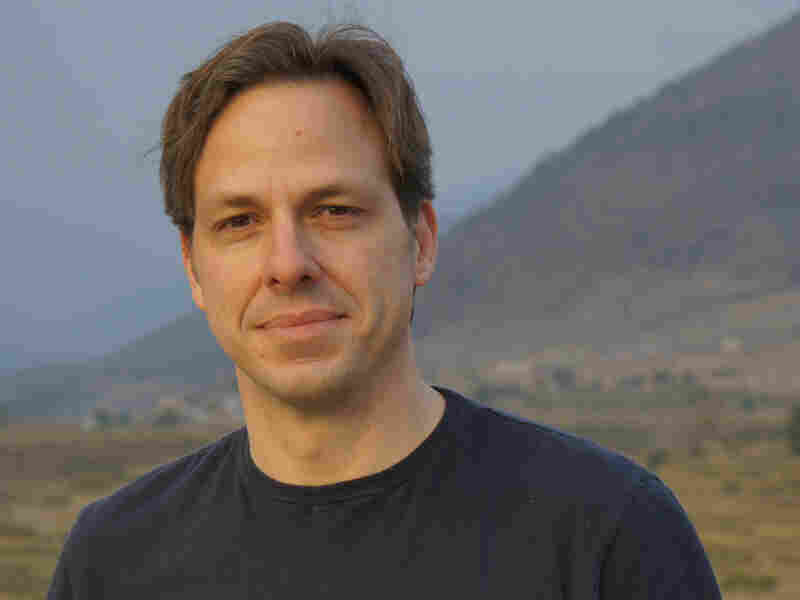 Jake Tapper is the anchor and chief Washington correspondent for CNN and the author of The Outpost: An Untold Story of American Valor. Little Brown and Co. hide caption 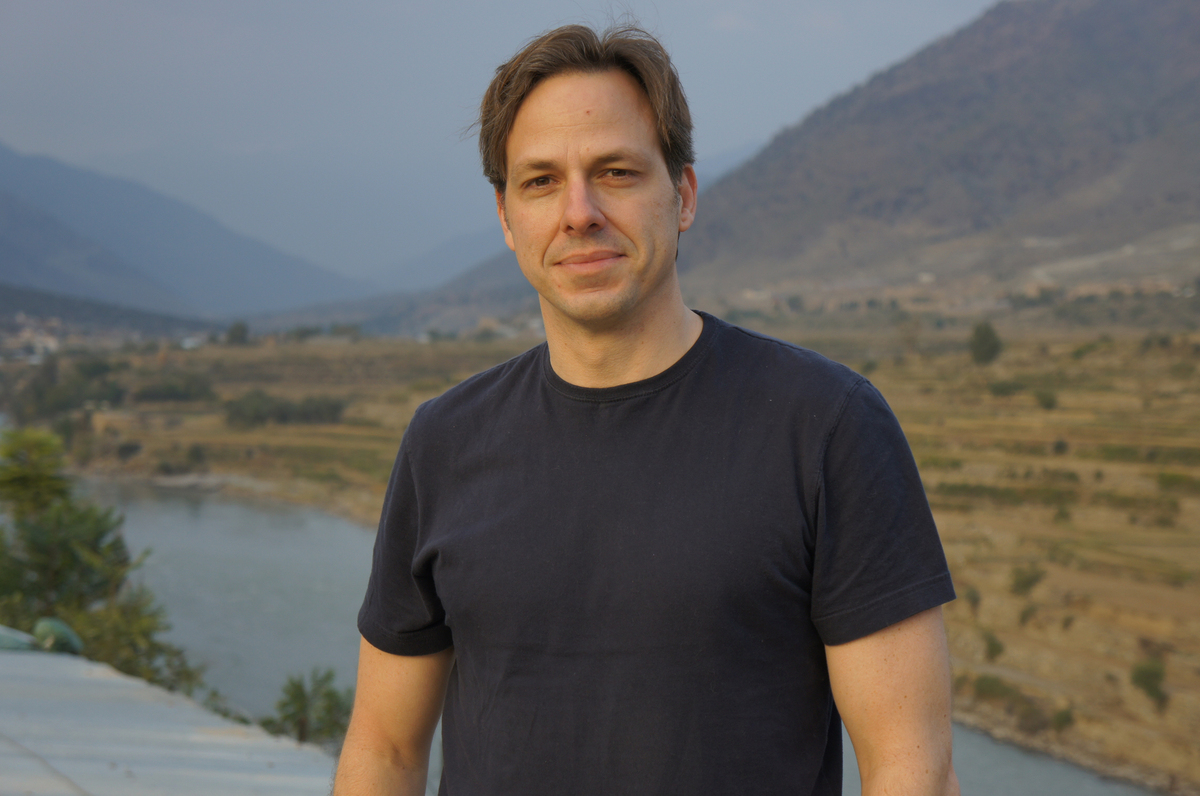 Jake Tapper is the anchor and chief Washington correspondent for CNN and the author of The Outpost: An Untold Story of American Valor.

On the extension of the tours of duty in 2007

"When the tours were extended ... especially in 2007, all these troops in Iraq and Afghanistan were about to go home, and then their tours were extended three or four months. It wasn't something that really registered for me as a reporter in Washington, D.C., at the time, but when I was reporting this book it became very clear that it was one of the more traumatic events of the deployment for the troops there in 2006-2007. They thought they were going home: 'We have survived. We made it. I only have two more days and then I'm going home. I will see my wife. I will see my baby. I survived. I lived.' ... And all of a sudden word came in that their tours were extended three or four months. It was crushing ... because they were convinced that this decision would mean somebody would lose their life who ultimately would not have."

"I just thought it was important that people actually know what the effect of a rocket propelled grenade on the human body is. It's amazing to me that I'm in my 40s and I'm a journalist and I've covered these wars, and I had no idea and I really couldn't find much description out there. I had to go to a special Army medical journal to find what the effect of an RPG is on the human body: the fact that first comes the shock wave and then comes the shrapnel."

"I had been covering the back and forth with [Afghan President Hamid] Karzai and the White House and President Obama, and I had been covering the White House's views of the election in Afghanistan in August 2009 and how corrupt it was and how riddled with problems the entire process was, but what was missing from my coverage — and this is one of the reasons I wrote this book — is what does that mean for Pfc. Kevin Thomson, stationed in the mortar pit at the bottom of three steep mountains in Kamdesh? What does that mean for Spc. Stephan Mace? Because it did have a direct effect.

More On 'The Outpost'

"What the president and Gen. [Stanley] McChrystal were doing had an effect on whether these men lived or died. ... so [the story] opened my mind. ... You can know it on a theoretical level, that decisions made in Washington and across the river at the Pentagon have an effect on the lives of men and women, but when you can draw a straight line between a decision made by a general and a death at the bottom of a mountain, it really opens your eyes as to how important it is that the press corps in Washington, D.C., a) not be myopic and b) not be flip about these decisions."

On the particulars of the attack on Combat Outpost Keating on Oct. 3, 2009

"It's a nightmare, and it's one that I hear about from these soldiers to this day. A lot of them are still grappling with the terror of that day, but ... you're in this camp you've always known has been vulnerable. It's so vulnerable that even to go outside to go to the bathroom you have to put on your gear because you might be shot, and all of a sudden you look up and there are so many muzzle flashes and explosions and smoke coming from the hills aimed at you that, to return fire, you wouldn't even know where to start. The ground is crackling like popcorn with bullets. Eventually the camp catches on fire from the rocket-propelled grenades and mortars coming in. ... It is one of the most well-planned and carefully choreographed attacks in the history of the Afghan war. People in this country think of Taliban as cavemen from a previous century, but whatever you think of their ideology, these are fierce and smart fighters."

Read an excerpt of The Outpost