Accessibility links
Voting Pinochet Out Was More Than Just A Yes Or 'No' In the Chilean film No, which is nominated for Best Foreign Language Film, a young ad man devises a campaign to vote the dictator Augusto Pinochet out of office using rainbows and catchy theme songs. 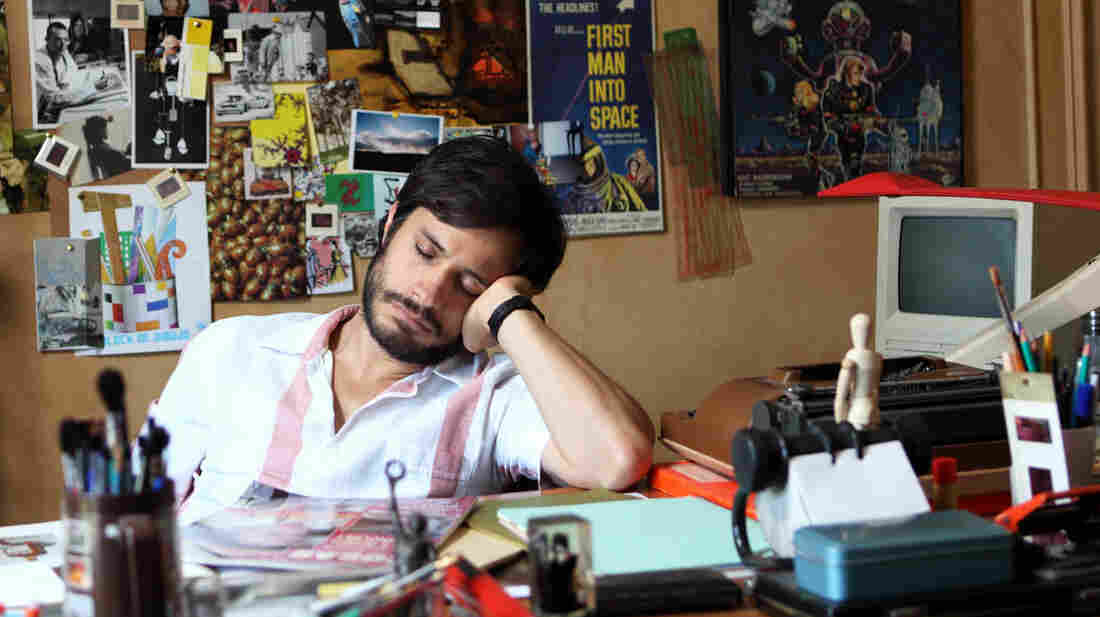 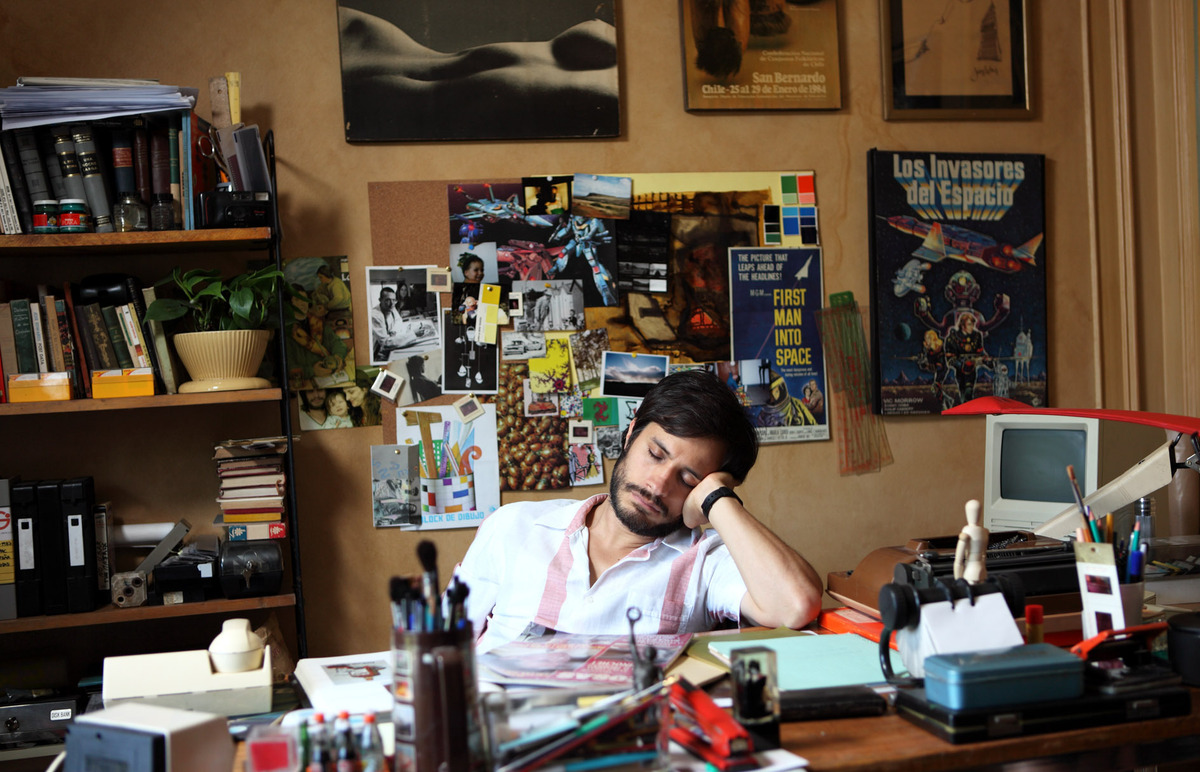 Gael Garcia Bernal stars as an advertising man in Chile under Pinochet in the 2012 film No, which is nominated for Best Foreign Language Film at the upcoming Academy Awards.

These days politics and advertising go hand in hand. Mayors stage photo ops. The Bush administration compared the Iraq war to rolling out a new product. And just last year, Barack Obama and Mitt Romney spent nearly a billion dollars running for president. If you're an American, such wall-to-wall marketing has come to seem a natural phenomenon, like Hurricane Sandy or LeBron James.

Of course, it's not natural. It's as man-made as any building. I've never seen this shown any more clearly than in No, the Oscar-nominated film by the Chilean filmmaker Pablo Larrain. Closer in spirit to Argo than to Lincoln, this enjoyable movie centers on Chile's 1988 plebiscite over whether to give its dictator, Gen. Augusto Pinochet, who seized power during a 1973 coup, eight more years in office.

Its unheroic hero is a fictionalized young ad man, Rene Saavedra, well played by the charismatic Mexican actor Gael Garcia Bernal. Soulful yet politically unengaged, Rene comes up with a marketing campaign designed to get ordinary folks to vote "No" — thereby removing Pinochet. His ideas horrify many in the Vote No camp, who want to use their allotted 15 minutes of nightly TV airtime to chronicle the dictator's many crimes — murders, disappearances, the crushing of unions.

In contrast, Rene insists on going Lite. Using a rainbow logo and a catchy theme song, he sells funny, upbeat images of a future, democratic Chile in the way we've earlier seen him sell soft drinks. Rene's campaign works. It offers brightness and light, not direness, and Chile becomes a freer country.

Smart and skillfully made, No is a sunny companion piece to Roberto Bolano's darkly brilliant novella By Night in Chile, about a critic so corrupted by the dictatorship that he attends literary salons in a mansion where people are being tortured in the basement. This actually happened, by the way.

Whatever his background, Larrain wound up simplifying, and therefore misrepresenting, what actually happened. His movie suggests that the No vote won because of Rene's ad campaign, when far more was going on — voter drives that registered millions, trade union activism, articles by suddenly emboldened intellectuals."

When No was released in Chile, it sparked controversy. Some of this is local. Larrain is the son of rich parents who notoriously backed Pinochet, so it drives the left nuts that he's the one making movies about the referendum. Yet the more serious charge is that whatever his background, Larrain wound up simplifying, and therefore misrepresenting, what actually happened. His movie suggests that the No vote won because of Rene's ad campaign, when far more was going on — voter drives that registered millions, trade union activism, articles by suddenly emboldened intellectuals.

Such complaints are surely true. It is simplistic to suggest that a rainbow and a jingle got rid of a dictator. Indeed, if Larrain's work has a limitation, it's a certain reductivism. No is the third film in his fine trilogy about the Pinochet era, and all are stronger at revealing a darkly ironic sense of metaphor than a detailed grasp of social complexity.

Read More On 'No'

Then again, it's routine for historical movies — be it Lincoln, Zero Dark Thirty or heck, even The King's Speech — to get attacked for failing to tell the whole story. I like such attacks even when I don't agree with them. For starters, they force me to think. Is Kathryn Bigelow's film really saying that torture was necessary to getting Osama bin Laden? They also teach me new things. Watching No — and reading its critics — I learned a lot about what 15 years of dictatorship did to Chilean life.

In any case, it's too much to expect any work of art to offer you the whole truth. I'm content if it captures one important aspect of the truth. And No does that. It's not as simple as it seems. We see how the 1988 referendum marks the exact moment when Chilean politics became more American — less shaped by ideological debate over how the country ought to be governed and more driven by media gurus dreaming up alluring political imagery.

In fact, for all its good cheer, what gives Larrain's movie an emotional undertow is its suggestion that while Rene's marketing strategy may work, it may also be a double-edged sword. The cheery "No" campaign wins by deliberately playing down the brutal realities of dictatorship. It encourages people to forget about the past they actually lived through and think about the future — even if it's one dreamed up by an ad man whose big concern is making the sale.