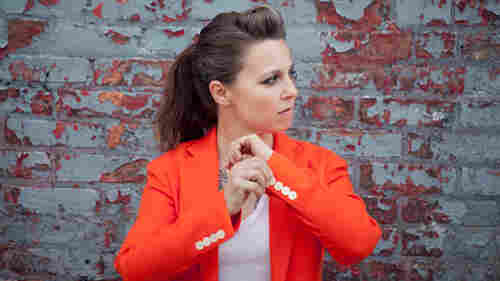 Erin McKeown's new album, Manifestra, is a self-released, fan-funded vehicle for some of her personal and political folk-rock songs. She collaborated with MSNBC's Rachel Maddow for "Baghdad to the Bayou" — Maddow wrote the words, which McKeown then fashioned into a song — while "In God We Trust," "The Politician" and "The Jailer" find the singer speaking out about the death penalty, foreign policy and income inequality.

Here, McKeown discusses the making of Manifestra and plays a few songs from the album.