Accessibility links
Baby Boomers Return To The Multiplex, And Hollywood Notices With popular films like Amour and Quartet filling theater seats — and winning awards — it's clear that targeting the 50-plus demographic can be a win-win for filmmakers. 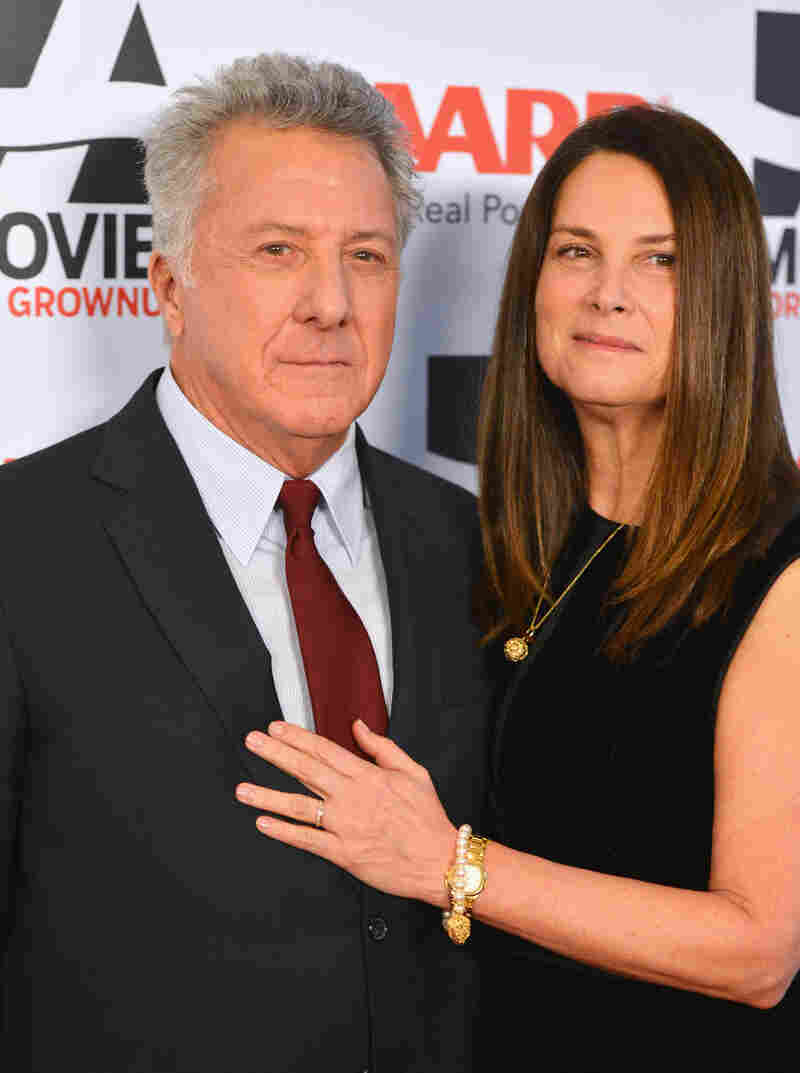 Dustin Hoffman attends the AARP's Movies for Grownups Awards with his wife, Lisa Hoffman. Hoffman's Quartet is just one of a new crop of popular films that target an over-50 audience. Alberto E. Rodriguez/Getty Images hide caption 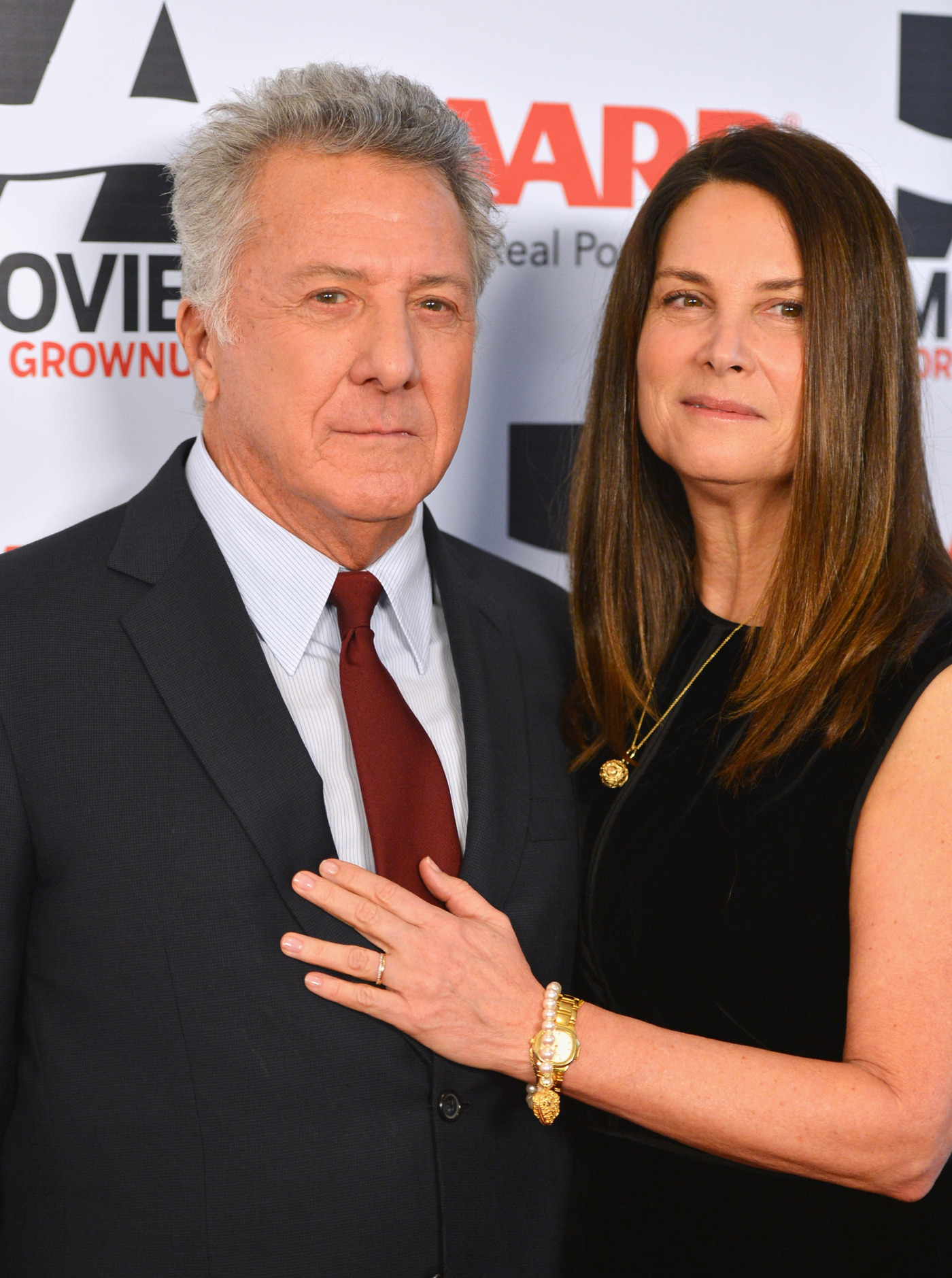 Dustin Hoffman attends the AARP's Movies for Grownups Awards with his wife, Lisa Hoffman. Hoffman's Quartet is just one of a new crop of popular films that target an over-50 audience.

If you're not counting the days until the release of Iron Man 3, if you're not sure who Kristen Stewart is, and if the last romantic comedy you saw starred Meryl Streep, you just may be over 50.

That's a segment of the moviegoing audience that may have been neglected once — but no more. A number of films appealing to older audiences, or films that have themes closely related to aging, have been scooping up nominations for Oscars and other awards.

That change was pretty clear at a recent red-carpet event in Los Angeles, where a handful of photographers clicked away at Dustin Hoffman. Only a handful, mind you, because this was one of the more low-key events of the season: the AARP's Movies for Grownups Awards. Hoffman, who's in his mid-70s, was being honored for taking the plunge into directing for the first time with Quartet, about a retirement home for musicians.

"The irony is they're living in a retirement home, and they're refusing to retire," Hoffman says. The AARP started its Movies for Grownups feature in its magazine 12 years ago, says editor Bill Newcott.

"And we realized we were having trouble finding enough movies to fill a page that really we felt resonated with the audience," Newcott says. "And so we decided, 'Wouldn't it be fun if we could be the medium through which our readers could find these movies?' — and also, at the same time, encourage Hollywood to make more of them."

But the film dealing with aging that's received the most attention this awards season is not a Hollywood product. It's an Austrian film set in France called Amour.

It's an unflinching look at a devoted, long-married couple — both music teachers — and what they go through together when the wife has a stroke and begins a painful, irreversible decline. The subject matter is difficult. Tom Bernard, co-president of the film's distributor, Sony Pictures Classics, says the studio originally released Amour on just five screens.

Still, "we saw that this movie had a chance if we got it noticed by the critics, by the academy and even the Golden Globes," Bernard says. 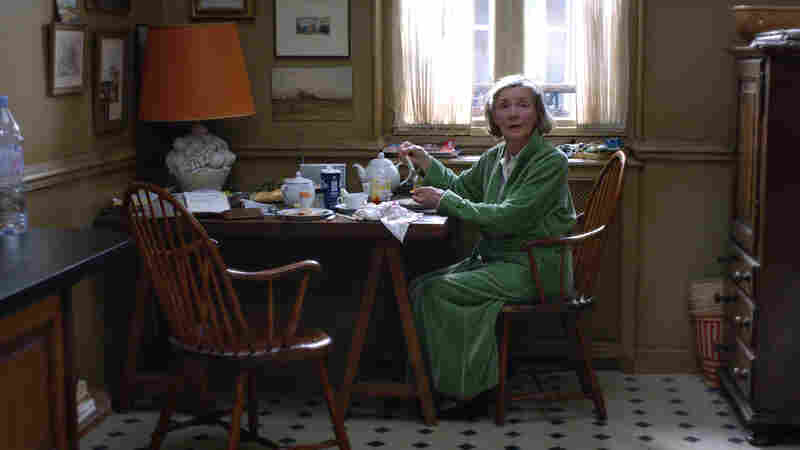 Emmanuelle Riva is the oldest woman to be nominated for the Best Actress Oscar. Her role in the successful, award-winning Amour shows how an older audience is changing the face of cinema. Sony Pictures Classics hide caption 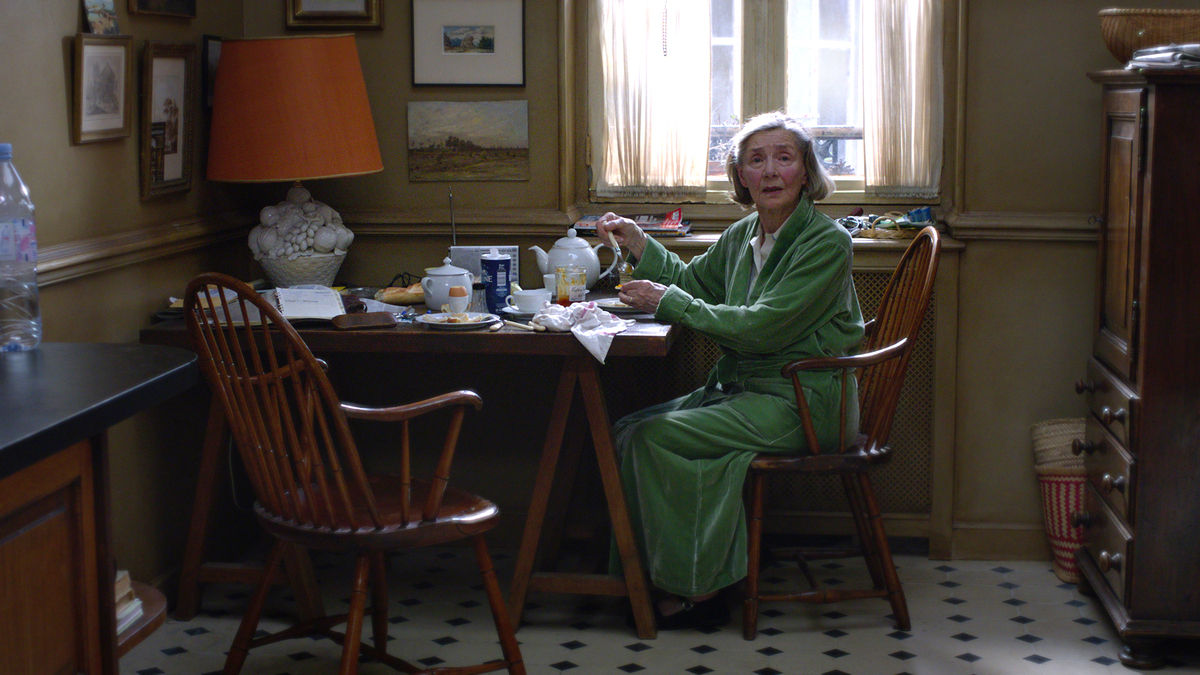 Emmanuelle Riva is the oldest woman to be nominated for the Best Actress Oscar. Her role in the successful, award-winning Amour shows how an older audience is changing the face of cinema.

And it has been. Amour has won trophies from the Cannes Film Festival, the British Academy of Film and Television Awards and various critics organizations. Emmanuelle Riva, 85, is the oldest person ever nominated for an Oscar as best actress. Amour also has Oscar nominations for best picture, best director, best screenplay and best foreign film. And it's now playing on 600 screens.

"For a small foreign-language film, we are achieving way beyond what this movie would have been able to do if it hadn't had all that recognition," Bernard says.

Empty-Nesters Flock Back To Art Houses

Amour's emotional opposite is The Best Exotic Marigold Hotel, which follows a bunch of British pensioners who decide to retire in India.

The comic drama has been more of a bridesmaid than a bride during awards season. But the box office should be consolation — the film took in more than $134 million worldwide. That was good news for Landmark Theatres, a small U.S. chain that specializes in independent films. Ted Mundorff, Landmark's CEO, says the audience for most of the films Landmark shows tends to be older.

"When the baby boomers were in college, they went and saw 'art film,' as it was called in those days," Mundorff says. "And after they became empty-nesters, they returned to going to movies."

And baby boomers, as you may have heard, are a huge demographic. They're also less likely than younger audiences to be spending their entertainment time and money playing video games.

But it's not just small, independent films that are dealing with themes of aging lately. Skyfall, the latest James Bond movie, shows Dame Judi Dench as M fighting against bureaucrats who think she's too old for her job. Even Daniel Craig's 007 is treated as a bit over the hill.

And there have been other mainstream movies in the past year with appeal to an older audience: Hope Springs, starring Meryl Streep, and Parental Guidance with Billy Crystal.

Newcott says that 12 years after his organization started Movies for Grownups, the studios are figuring out that there's a huge audience of people older than 50.

"We're gratified that Hollywood is recognizing this audience as being a major component in their business model," he says.

So much so that there are now plenty of films catering to an older audience that are earning plaudits — and from groups besides just the AARP.