Accessibility links
Affleck On 'Argo' And The 1979 Hostage Crisis Ben Affleck's Argo won Golden Globes for best director and best motion picture/drama. The film now has Oscar nominations for Best Picture and Best Adapted Screenplay. Affleck talks about his approach to the story of six diplomats who managed to escape a hostile Iran in 1979. 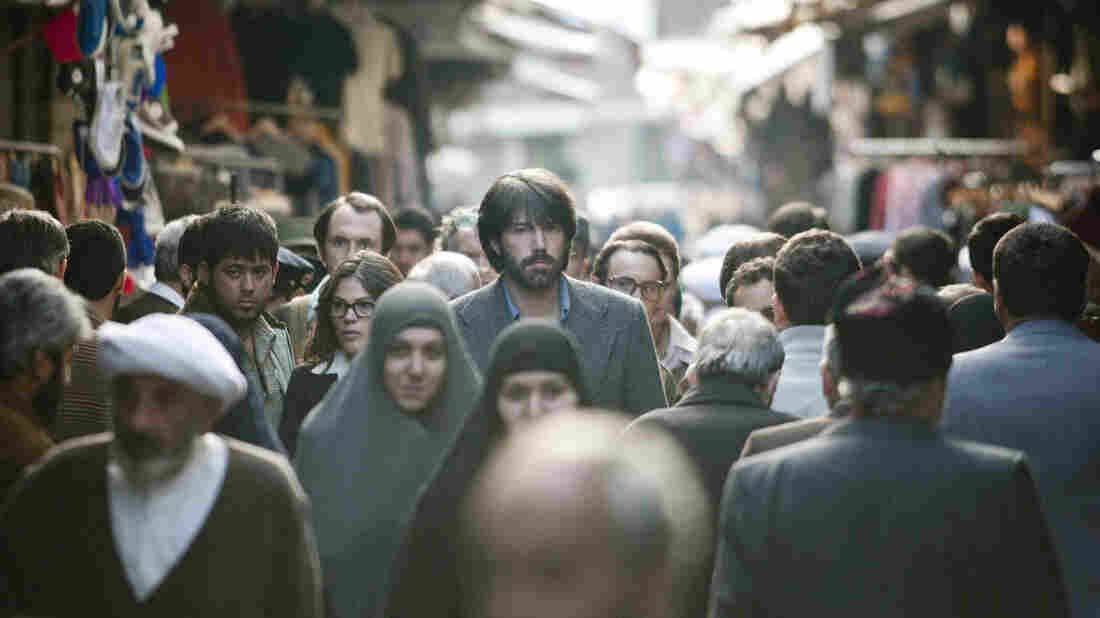 Ben Affleck as Tony Mendez in Argo. Affleck also directed the film, which is based on events surrounding the Iran hostage crisis of 1979. Keith Bernstein/Warner Brothers hide caption 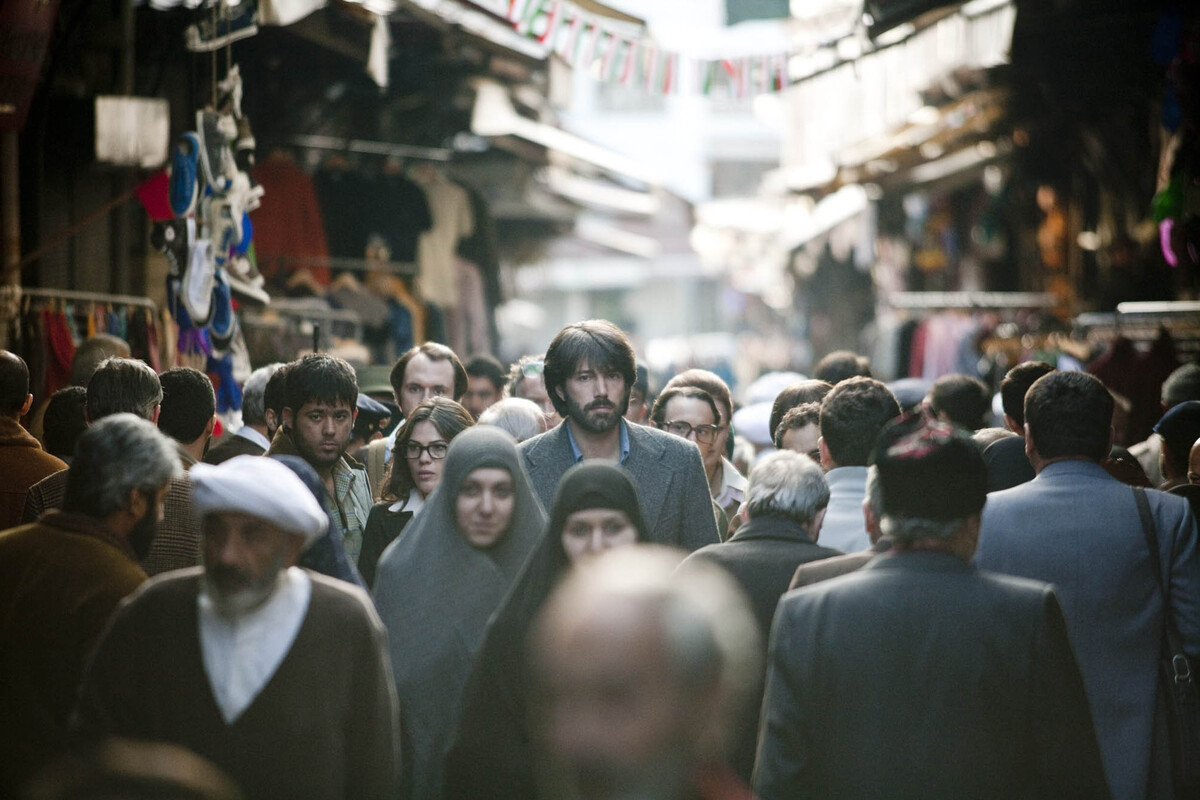 Ben Affleck as Tony Mendez in Argo. Affleck also directed the film, which is based on events surrounding the Iran hostage crisis of 1979.

This interview was originally broadcast on Jan. 15, 2013.

At the Golden Globes, Ben Affleck looked genuinely surprised and delighted twice toward the end of the evening: first when he won best director for Argo, and then again when the film won for best motion picture/drama.

The film, which Affleck produced and in which he also stars, is the mostly true story of the CIA operative who helmed the rescue of six U.S. diplomats who managed to escape at the outset of the 1979 Iran crisis that held 52 Americans hostage for 444 days after militants took over the American Embassy in Tehran.

Affleck, a Middle Eastern studies major in college, was a child when the crisis happened and does not remember the news coverage.

It's that struggle between ... the bookkeeper's reality and ... the poet's reality, and you make judgments as a director. And my judgment falls really cleanly on the line of, 'It's OK to embellish, it's OK to compress, as long as you don't fundamentally change the nature of the story and what happened.'

"The earliest memory I have of ... world events is President Reagan's assassination attempt, which was 1982," he tells Fresh Air's Terry Gross. "So this was sort of history in the same way [that] doing a movie about the Revolutionary War would have been history for me. I had to start from scratch."

Affleck admits that he took some liberties with the story. While some views might object to that, Affleck says it's part of his job as a director to tell a story in a way that will make it exciting and tense — and sometimes slight tweaks to the plot are the result. It's a larger truth, Affleck says, that matters.

"It's that struggle," he says, "between ... the bookkeeper's reality and ... the poet's reality, and you make judgments as a director. And my judgment falls really cleanly on the line of, 'It's OK to embellish, it's OK to compress, as long as you don't fundamentally change the nature of the story and what happened.'"

Ben Affleck On The Reality Of 'Gone Baby Gone'

"I was very, very scared. I just didn't know if I could do it. The only thing I can think of is ... running a marathon where you just don't know, 'Am I even going to finish? You know, maybe I'll fall over at mile 15 or something.' It seems so daunting and so far, and, yeah, I had been prepared in the sense that I had directed shorts, I had always wanted to be a director. ... But that just felt like very little compared to the task of directing a movie, when I went into it. And every day I was scared, and I probably stayed that scared throughout ... and not sure of myself at all."

On working with child actors, having been one himself

"I hate directing young actors. I hate auditioning them, rather. I don't even like having them in the movie. I like to get them in and out. ... I would never in a million years allow my children to be actors ... as children. I would never allow them as adults, but I think I'll have very little control over that. And I think ... I find it difficult because I had some complicated experiences as a young person. When I look back on that, some of it, [it] was really valuable, and some of it I think was not. And I just see kids, you know, oftentimes getting pushed out there and forced to do stuff, and maybe I'm over-reading stuff into it ... [but] it's a tricky thing. I think it says something that I wouldn't let my kids be actors, put it that way."

On his fondness for doing impressions

"I like to do impressions. ... I feel a little bashful of it because I know it's not really acting. Like, once you get into mimicry and impressions, it is a gift and a gift that I love to watch. The guy on SNL who can do Denzel, to me, it's just amazing, but I try not to rely too much on it because I know that it's sort of like, I used to play chess a lot with my brother and Matt [Damon] when we all lived together, and then we got into speed chess, and all the teachers will say, 'You can't play speed chess. It will ruin your game.' And I think there's something about impressions a little bit that will ruin your game, because it's just like the fast, Chinese-food-accessible version of a character."