Flowers are nature's ad men. They'll do anything to attract the attention of the pollinators that help them reproduce. That means spending precious energy on bright pigments, enticing fragrances and dazzling patterns.

Now, scientists have found another element that contributes to flowers' brand: their distinct electric field.

Flowers taylor their displays toward the sensory capabilities of their pollinators. Bees can see visible and ultraviolet light, they have precise olfactory receptors, and now we know they can also detect electric fields. 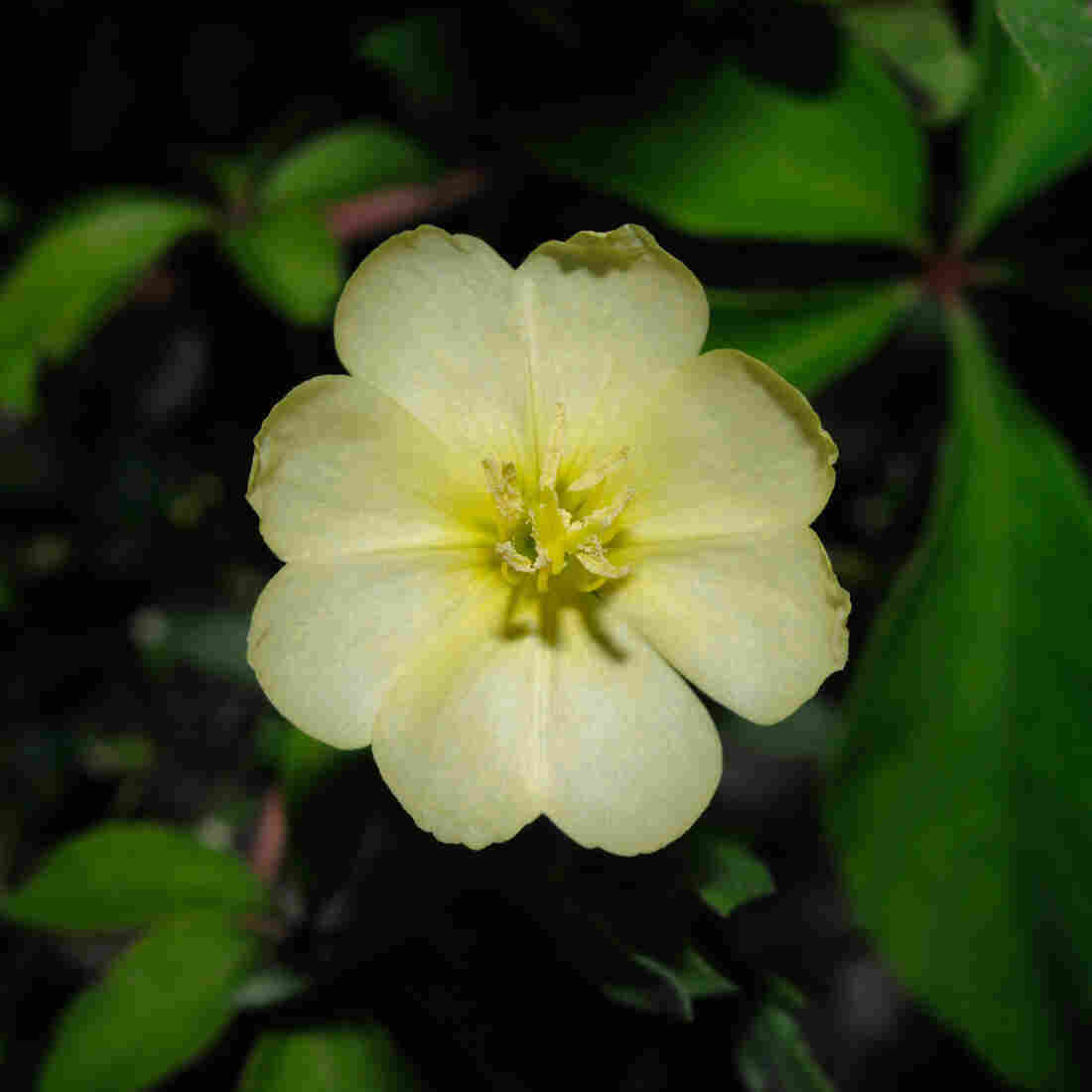 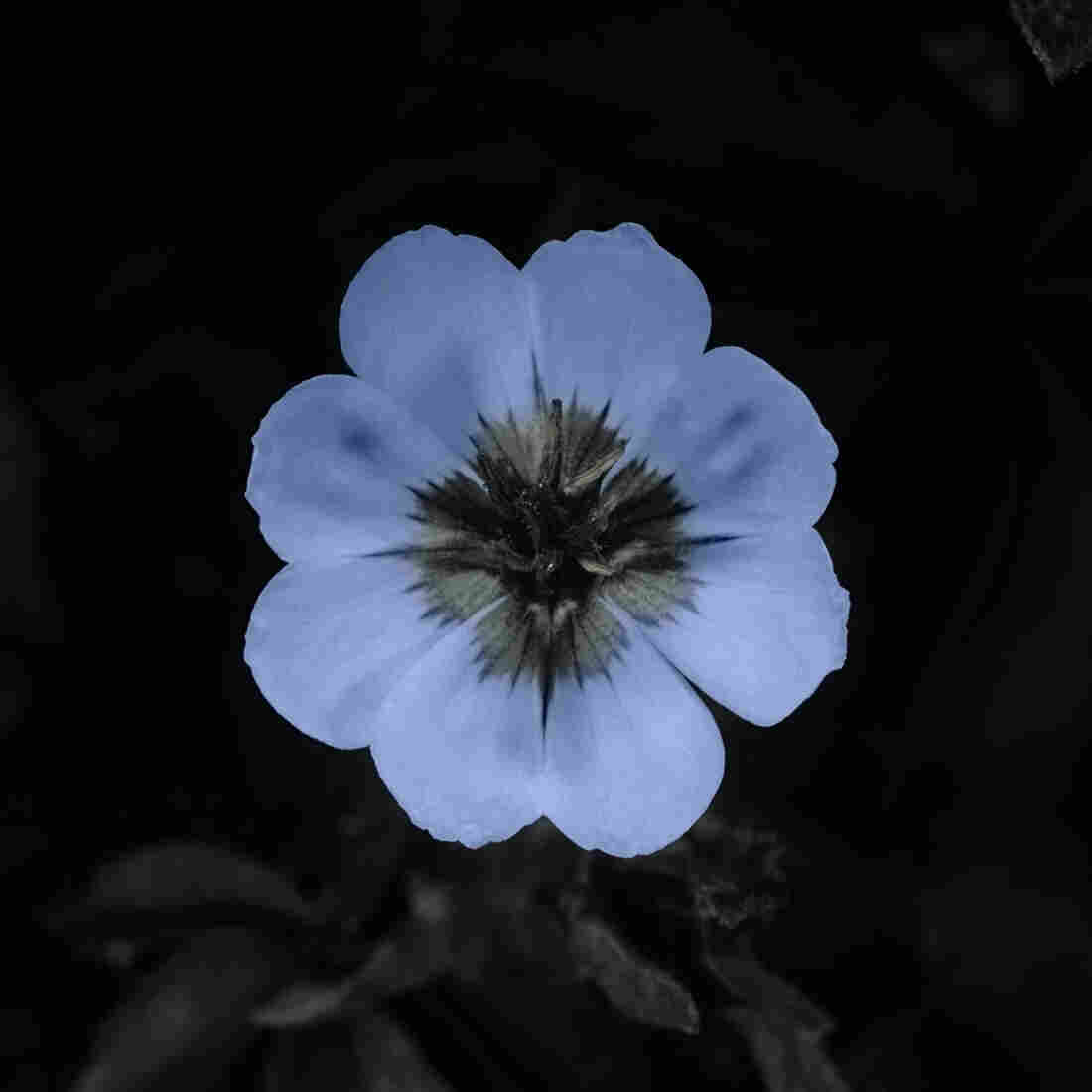 Ultraviolet (false color). Bees and other pollinators can see the ultraviolet end of the spectrum. They are guided by patterns on flowers that are invisible to humans. Kevin Collins hide caption 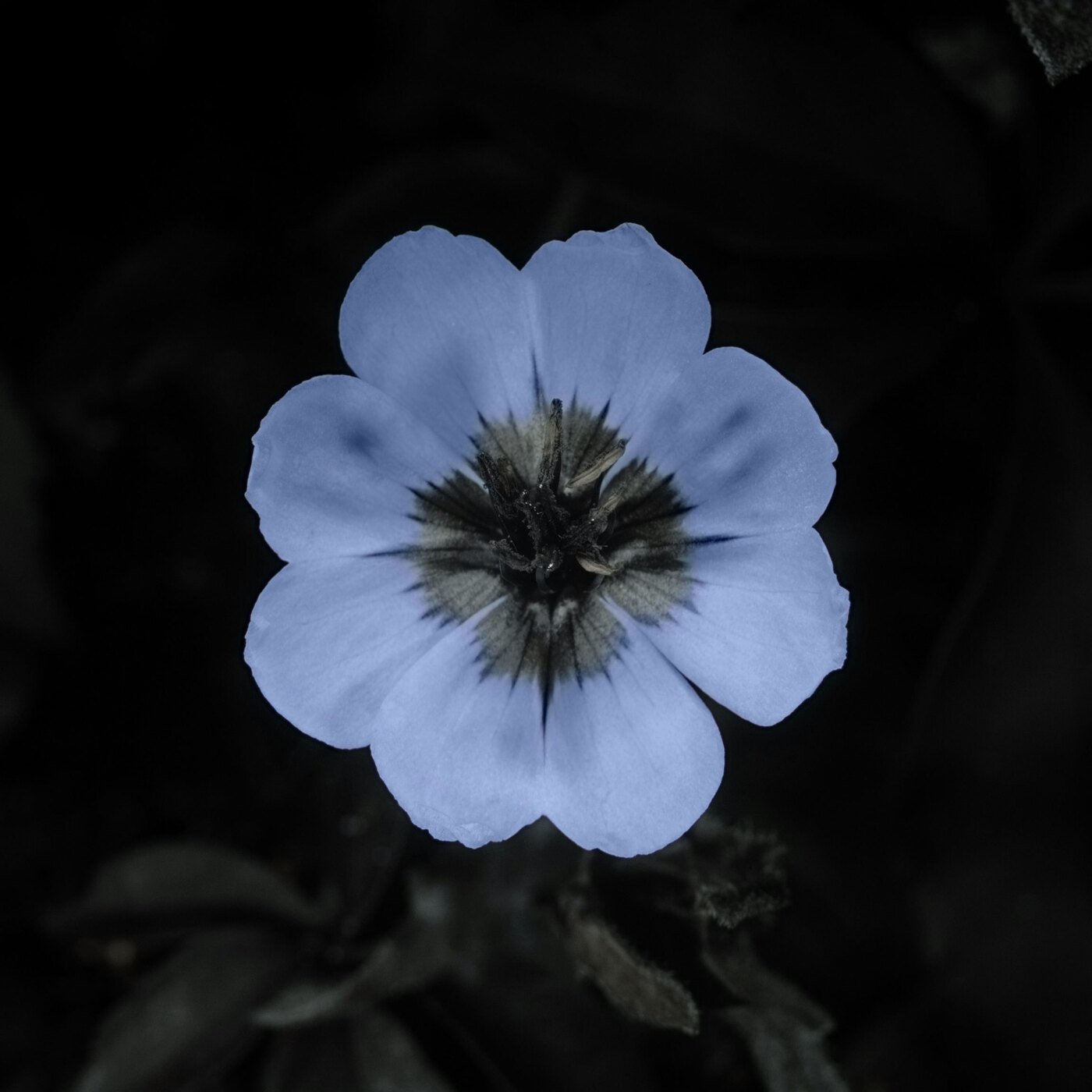 Ultraviolet (false color). Bees and other pollinators can see the ultraviolet end of the spectrum. They are guided by patterns on flowers that are invisible to humans. 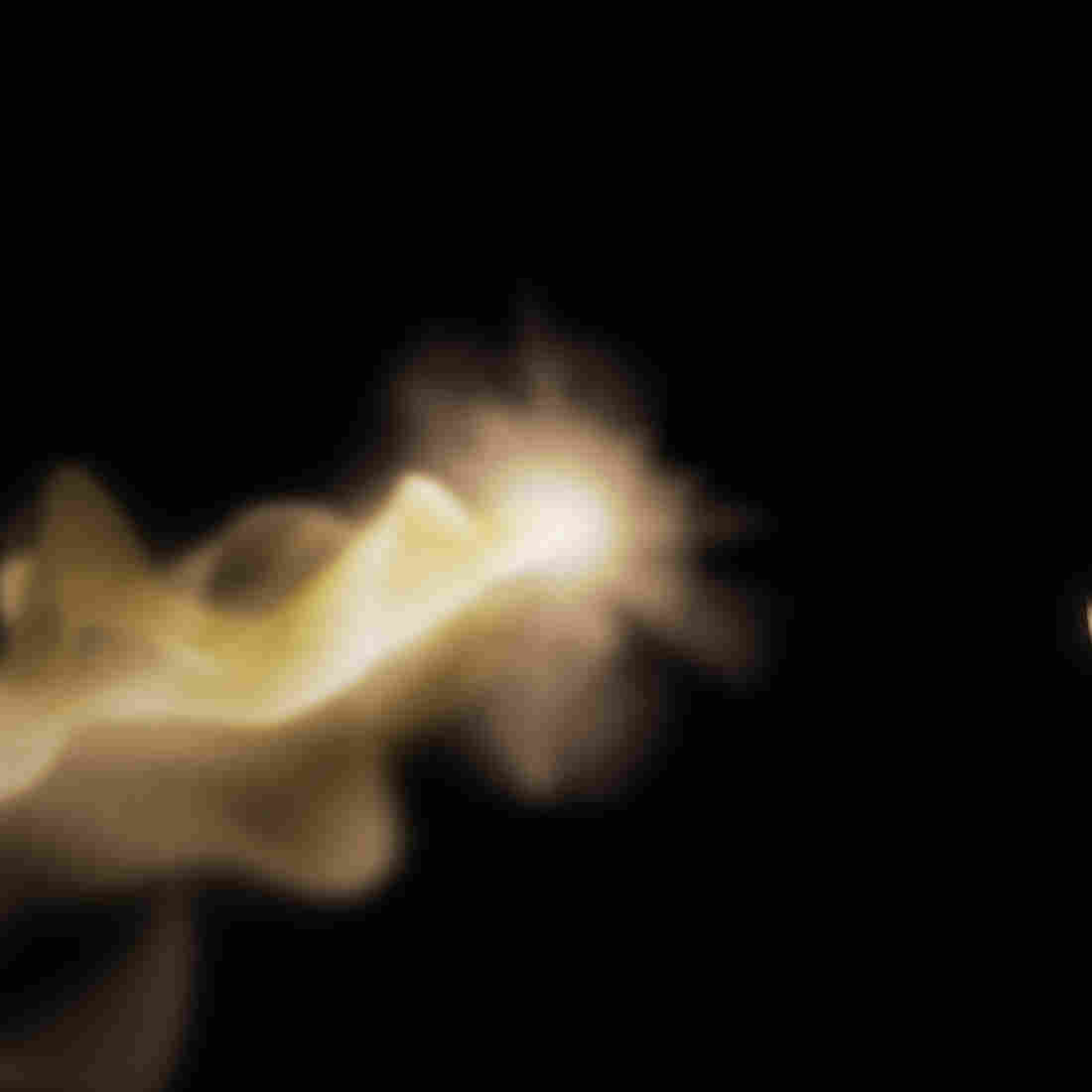 Fragrance plume (artist's depiction). Bees follow specific odors to locate flowers and, once they arrive, use scent maps to move toward the center of the flower. Fragrance that clings to a bee provides information for other bees back at the hive. Adam Cole/NPR hide caption 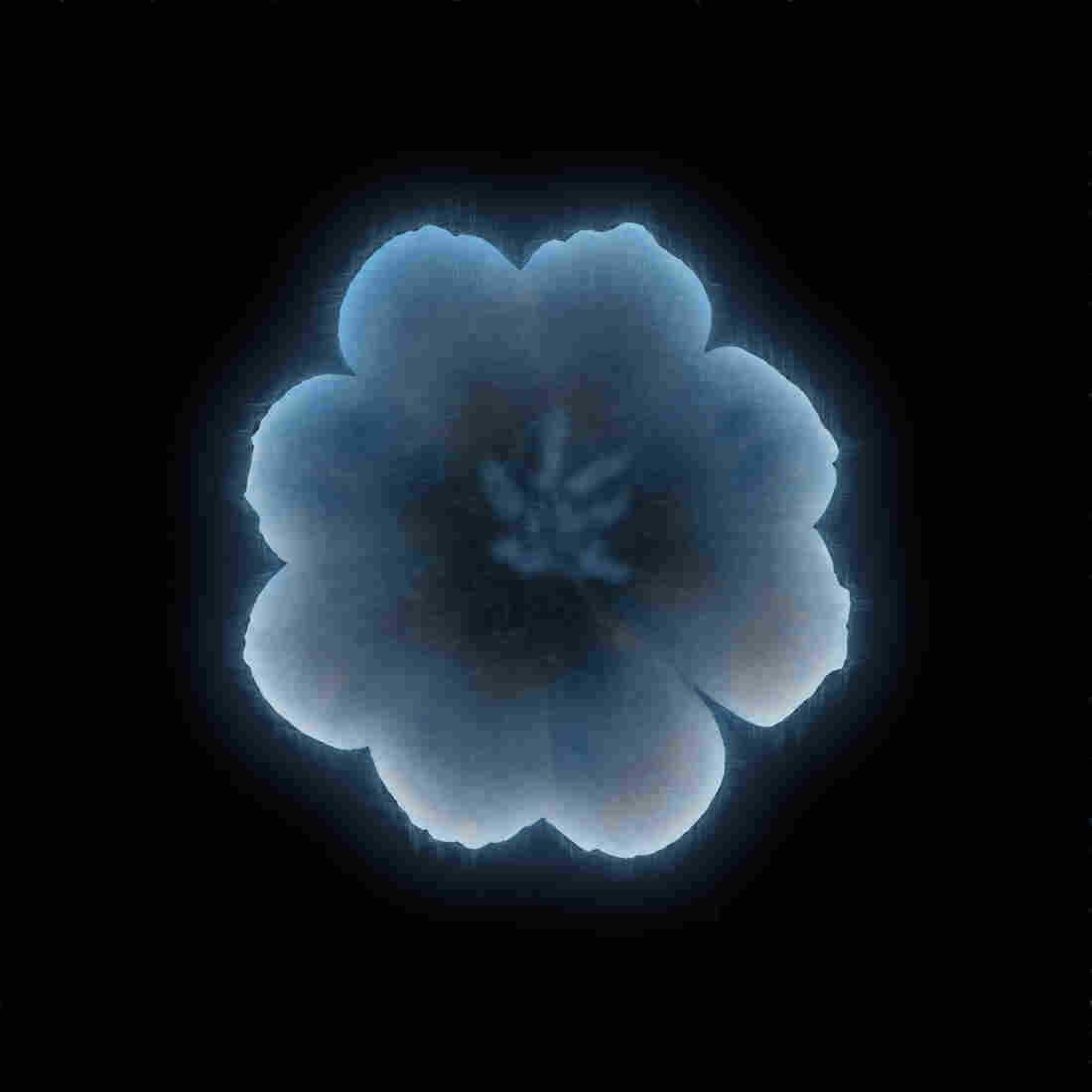 Electric field (artist's depiction). Flowers have a weak negative electric charge relative to the air around them. Different flowers have different electric fields, often with charge concentrated at the tips of the petals. Adam Cole/NPR hide caption

Anne Leonard, who studies bees at the University of Nevada, says our understanding of pollinator-flower communication has been expanding for decades.

"Flowers do a lot of things you might not expect," Leonard says. "We observe they have these distinct bright, beautiful colors, patterns, scents."

But we don't often stop to consider that this incredible display is all an attempt to attract bees and other pollinators. These displays don't just consist of things humans notice. There are also patterns in the ultraviolet spectrum, petal temperatures and textures and shapes.

"We've found that by producing these combinations of sensory stimuli, the plant basically makes its flowers easier for the bee to learn and remember," Leonard says.

That means the bee can forage more efficiently, and flowers are more likely to be pollinated.

"This is a magnificent interaction where you have an animal and a plant, and they both want this to go as well as possible," says Gregory Sutton of the University of Bristol in the U.K. "The flowers are trying to make themselves look as different as possible. This is to establish the flower's brand."

Sutton and a team of researchers led by Daniel Robert have just uncovered a whole new layer to flower brands.

"We found that flowers can use electric fields," Sutton says.

That's right — electric fields. It turns out flowers have a slight negative charge relative to the air around them. Bumblebees have a charge, too.

It's like shuffling across a carpet in wool socks. When a positively charged bee lands on a flower, the negatively charged pollen grains naturally stick to it. The Bristol team wondered if bees were aware of this electrostatic interaction.

So, they designed an experiment — one described in this week's Science magazine. The researchers built a small arena full of fake flowers. Each flower was simple — a stalk with a small steel dish at the top. Half of the "flowers" held delicious sugar water. The other half held quinine, a substance that bees find bitter and disgusting.

When bumblebees explored this false flower patch, they moved around randomly. They chose to land on sweet flowers just about as often as bitter flowers.

But when the sweet flowers carried a small charge, the bees learned pretty quickly to choose the charged flowers. And when the electric charge was removed? They went back to their random foraging.

The bees had recognized the electric field, and had learned to use it to find sweet flowers. But that's not all.

"In the seconds just before the bee lands, there is electrical activity in the plant," Sutton says.

The plant's electric field is changed by the proximity of that positively charged bee. And once the bee leaves, the field stays changed for 100 seconds or so. That's long enough for the altered field to serve as a warning for the next bee that buzzes by. She won't stop to investigate a flower that's already been visited.