Accessibility links
After Prison, A Second Chance To Be A Better Mother Today, Rowena Gore-Simmons runs a center for formerly incarcerated women. But Rowena once served time herself, when her now-teenage daughter was 4. While she was in prison, Rowena dedicated herself to being a better mother when she got out.

Listen
After Prison, A Second Chance To Be A Better Mother 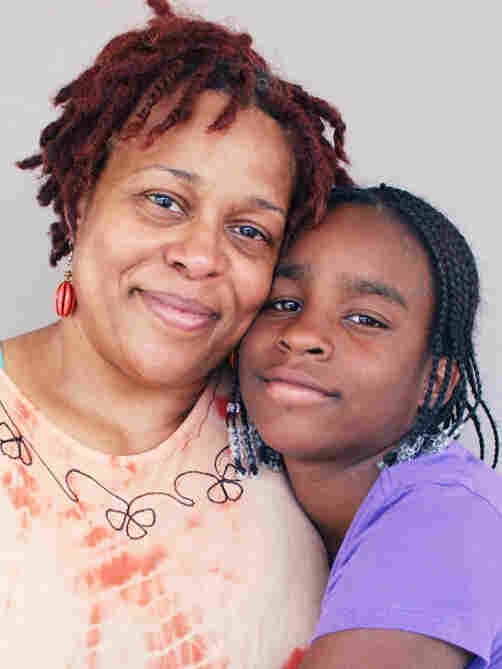 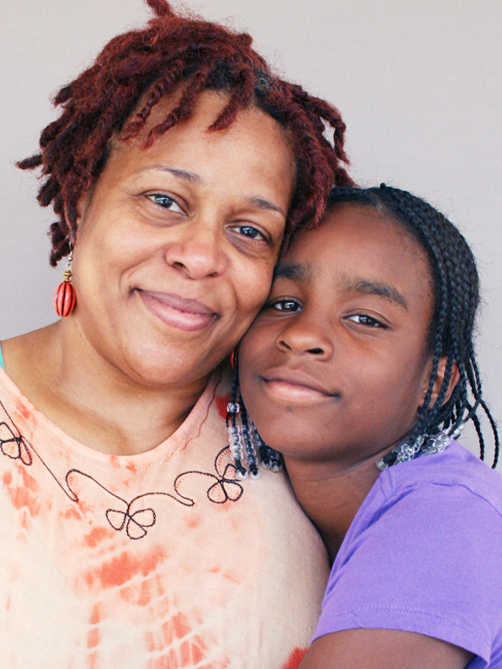 Rowena Gore-Simmons and her daughter, Kenya, now 16, at StoryCorps in Baltimore.

When Rowena Gore-Simmons went to prison, her daughter, Kenya, was just 4 years old. On her first night behind bars, Rowena recalls, her hands and feet were shackled.

"I was disappointed in myself, and I was scared for you guys," she told Kenya during a visit to StoryCorps in Baltimore.

During the year Rowena was incarcerated, people would often ask Kenya, 'Where's your mother?'

'I didn't tell them nothing," recalls Kenya, now 16. But all the questions, she says, made her feel like an outsider.

When Rowena asks Kenya the hardest part about their separation, Kenya doesn't hesitate. "Everything," she says.

Rowena had her own personal struggles while in prison. "It made me really think about life," she says. "I asked myself, 'Who are you and who do you want to be?'

Rowena, 48, says she is a different person today. In 2009, she founded 2 God B The Glory, a nonprofit transitional housing program for formerly incarcerated women, after working at another Baltimore nonprofit, Power Inside.

"You know, I sometimes look back at the past and I say to myself, 'Who was that person?' And I thank you for being patient with me and I thank you for still loving me," Rowena tells Kenya. "And for giving me the opportunity to be your mother."

When Kenya asks her mother to describe the best part of being out of prison, she laughs.

As for Kenya, her hope for the future is "that we never get split apart again. And we stay together forever."

"You're so special to me," her mother replies. "And I will always be by your side."