Accessibility links
The Four Biggest Best Picture Oscar Upsets, Statistically Speaking As the Directors and Producers Guild Awards go, so does the Academy. At least most of the time. 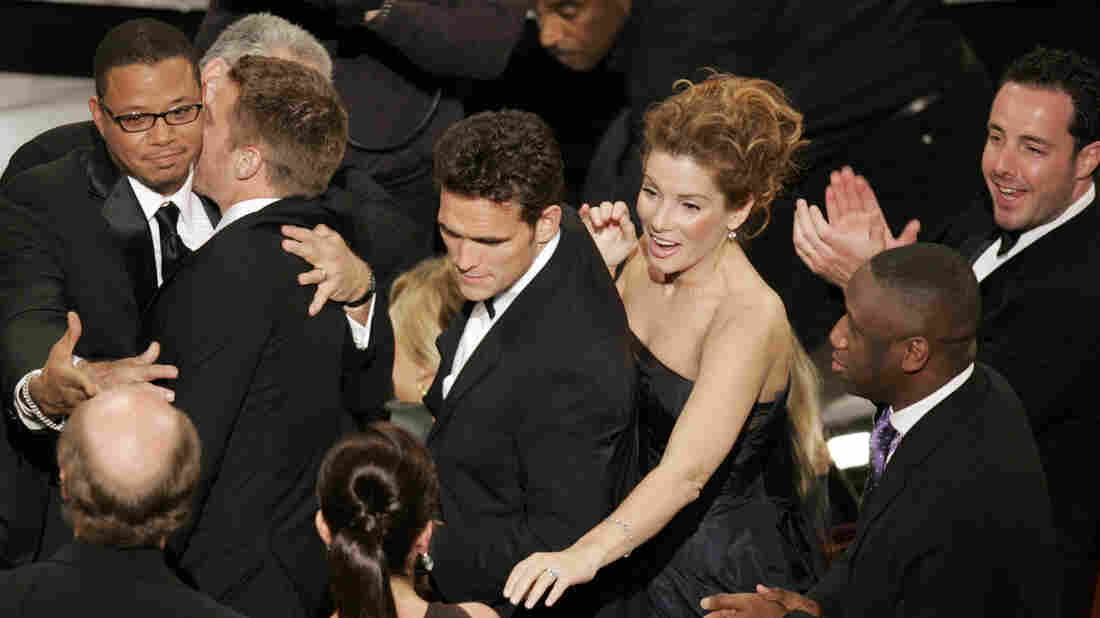 The cast of Crash celebrates after its surprise upset of Brokeback Mountain for best picture, at the 78th Academy Awards in 2006. Mark J. Terrill/AP hide caption 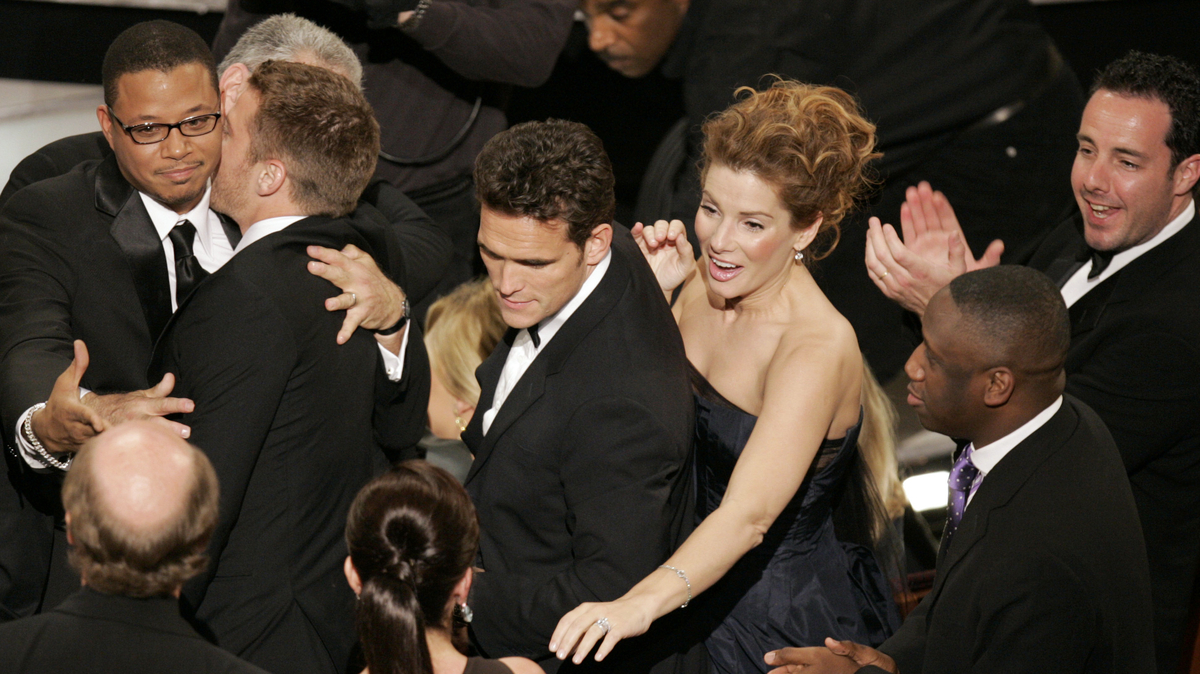 The cast of Crash celebrates after its surprise upset of Brokeback Mountain for best picture, at the 78th Academy Awards in 2006.

By the time the curtains rise on the Academy Awards ceremony each year, Oscar-watching prognosticators are already reasonably sure which films are going to take home top prizes.

Their predictions are mostly driven by frenzied intra-industry campaigning, prolific press coverage and the closest approximation of Oscar "polls" — the winners of the dozens of awards that precede the Oscars each year. But of the 16 preceding awards analyzed by The New York Times' political statistician Nate Silver, only two — the Directors Guild Awards and the Producers Guild Awards — have a greater than 50 percent success rate in predicting eventual Oscar winners. (The Directors Guild aligns with Oscar eight out of 10 times.) "Directors and producers are the movers and shakers in Hollywood, and any evidence about their opinions ought to count for a lot," Silver writes.

And their guilds are packed with Academy voters, so it makes sense that major category winners tend to match. In fact, when we analyzed the data, only four times since the Directors and Producers Guild Awards have existed have their top film picks of the year awards not overlapped with the Academy's best picture winner.

That kind of track record makes for stunning upsets on Oscar night.

With the help of film critic Chris Vognar of The Dallas Morning News, we took a look back at the biggest upsets, or to put a more positive spin on it, biggest surprise wins in the best picture category:

When The Predictions Were Wrong

Perhaps most importantly, the producers and directors guilds have picked Argo. And as this short list proves, they're almost never wrong.