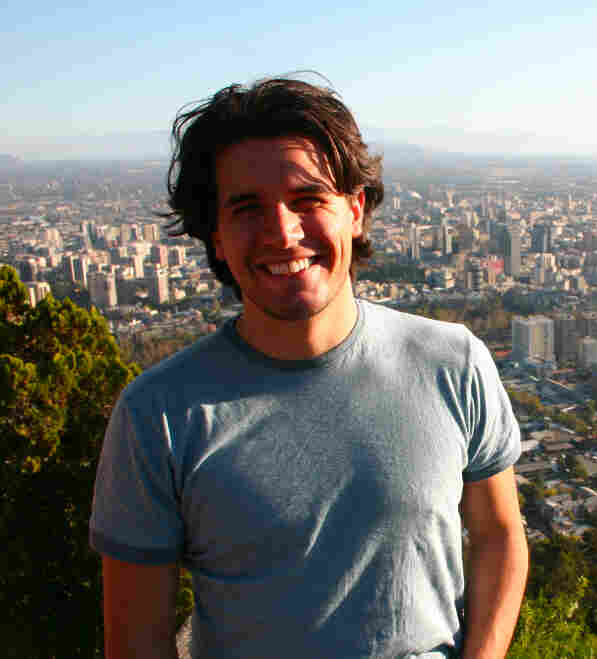 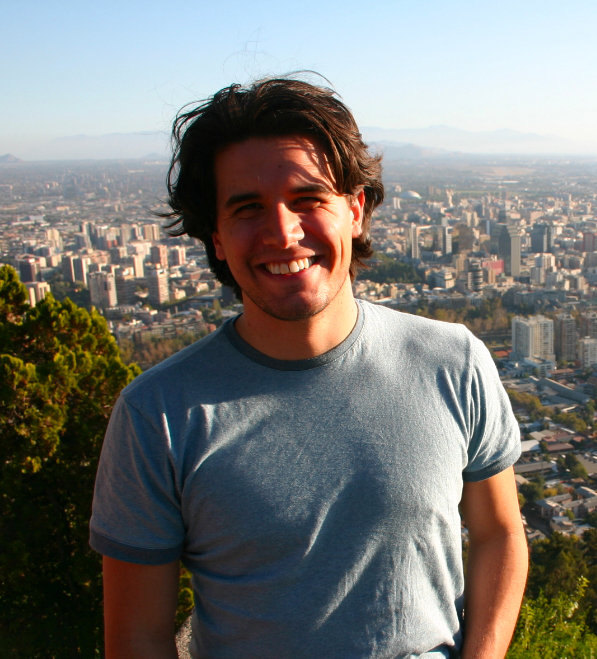 Anthony Breznican is a senior writer at Entertainment Weekly and its chief Oscars correspondent.

Like millions of Americans, Anthony Breznican will be watching the Oscars this Sunday night. But unlike the rest of us, Breznican, a senior writer for Entertainment Weekly, will be watching from backstage. As EW's chief Oscars correspondent, he escapes the confines of the press rooms for a more intimate look at the ceremony — the kind of view most journalists can only dream of.

"I get a badge where I get to kind of roam, free-roam around behind the wings of the stage," Breznican says. "My job is to be a fly on the wall, talk to people a little bit, but mainly kind of observe moments."

Breznican's Oscars coverage starts long before those backstage moments. Ever since the nominations were announced, Breznican has been talking to the voting members of the Academy of Motion Picture Arts and Sciences to determine which nominees are current favorites. He joins NPR's Jacki Lyden to talk about what he learned in those conversations, name his predictions for key categories and share some of his favorite moments from his years behind the scenes.

On the best picture and best director categories

"It's been a very interesting year, as most people are aware, with some prominent figures being snubbed in the nominations. Ben Affleck, in particular: Losing a directing nomination kind of propelled Argo to best-picture front-runner, even though you would think that might hold it back. So I've been talking to voters about where their heads are and what they're voting for. Argo, I think, is a lock to win best picture. The question is, who wins [best] director?

"How do you give employee of the year to the guy who owns the store?"

"If everyone's feeling bad about Ben Affleck not being nominated, you can't cast a ballot for him in that race, so it's kind of between Steven Spielberg and Ang Lee, and David O. Russell for Silver Linings Playbook.

"Steven Spielberg is such a successful figure in Hollywood — he's probably the most successful filmmaker who's alive today — and it's very difficult for people in the academy, even if they admire him, to vote for him. There's sort of this attitude of, 'How do you give employee of the year to the guy who owns the store?' So there's a bit of envy there, and even though I think everyone agrees Lincoln was a pretty remarkable film, a lot of folks are leaning toward Ang Lee for Life of Pi, because that, above all, was a directorial achievement.

But what did NPR's critics think when they came out? Check out our reviews below.

"It pulled together a lot of complicated elements: working with not a child actor but certainly a young newcomer, [plus] CG elements, the creation of the tiger, a real tiger on occasion, and water. So he worked with all the things that you usually don't want to work with, including 3-D, and pulled it off magnificently."

On why he thinks Jennifer Lawrence will win best actress

"So many voters said they were voting for her. And that film, Silver Linings Playbook, is kind of a rarity in the Oscar race — it's the first film in close to 30 years to have nominations in each one of the acting categories, as well as for best picture and best director and best screenplay. ... So the fact that so many actors — the nominations are determined by people within that branch, so actors nominate actors, and the whole academy votes for them — so the fact that so many actors seem to love and appreciate this movie, and they're the biggest voting block within the academy, so that [means] a lot of support for her. But I also heard directors, writers, editors, sound people saying they loved that character, they loved what she did with it. ...

"I think Jennifer Lawrence is my prediction, because we have to make predictions, but I think she is facing very serious competition from Emmanuelle Riva, the French actress who will turn 86 on Oscar night. She of course starred in Amour, the tragic end-of-life love story; lots of voters like her as well, and you could see her claiming the trophy on Sunday."

On whether anyone could mathematically predict the Oscar winners

"There are certainly attempts to do it. [But ] I think it's hard to measure passion in such a small group. ... I think there are over 6,000 voters in the academy. I tried to sample as many of them as I can, but still, it's an anecdotal sample. And you find, week after week, you go back and ask the same voter that you polled two weeks ago and said, 'Well, how do you feel about best actress,' and they give you a different answer. You know, people change their minds. That's why you get surprises. And in the end, you never find out what the actual tally was — all you know is who won, so you don't know how close the race was. So there's no way to look at past results and try and determine the future."

On what he sees behind the curtain, thanks to that backstage pass

"You see a lot of emotion back there, as you can imagine, and it's kind of interesting to see people who are so used to putting on a face at a moment when maybe they can't contain what's inside them.

"Last year I remember how poised Meryl Streep was when she accepted the best actress award, and she walked offstage, and of course she was just very graceful and very elegant, as you expect Meryl Streep to be. And then as the lights went down and they went to a commercial — and this is toward the end of the show — she was just overcome with emotion. And you wouldn't expect that. ... You'd think, 'Oh, she's been to the rodeo a number of times. Meryl can handle it.'

"She just asked for a chair, and she just sat in, you know, a little plastic chair right off of the curtain, just sat there and, like, took a moment. Kind of gathered her thoughts, took a breath, watched the rest of the show. And then she was graceful and happy and Meryl again — but it was just kind of interesting to see that.

"And you see actors and actresses come back and they're just bawling, or overwhelmed. Or in the case of Alan Arkin a few years ago, when he won for Little Miss Sunshine, he walks off and he's surrounded by Greg Kinnear and Steve Carell, who co-starred in the movie with him. They were about to present another award, they're clapping him on the back, congratulating him, and he holds it and he goes, 'You know what, now everybody's gonna think I'm an expert in something, because I got a trophy. ... '

"Those moments, that's film history, and it's kind of great to observe it."