Accessibility links
These 'Great Tales Of Terror' Live Up To Their Promise Washington Post book critic Michael Dirda remembers finding a worn copy of the anthology Great Tales of Terror and the Supernatural in the library as a young boy. He found the stories revelatory. Is there a scary story that made an impression on you when you were his age? Tell us in the comments.

These 'Great Tales Of Terror' Live Up To Their Promise

These 'Great Tales Of Terror' Live Up To Their Promise 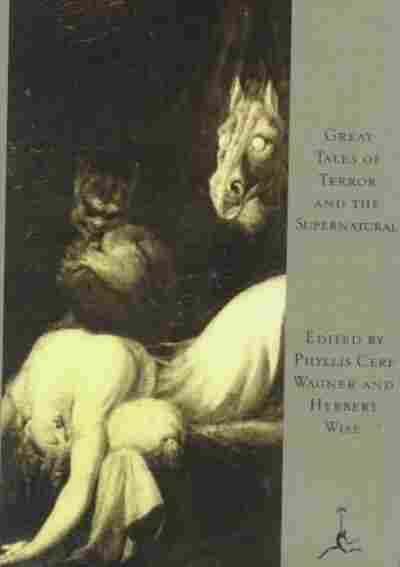 Great Tales of Terror and the Supernatural

by Herbert A. Wise and Phyllis Cerf Wagner

Title
Great Tales of Terror and the Supernatural
Author
Herbert A. Wise and Phyllis Cerf Wagner

When I was a boy growing up in the working-class steel town of Lorain, Ohio, I used to ride my beloved Roadmaster bicycle to the branch library. Located in the Plaza Shopping Center, this former storefront was just around the corner from the W.T. Grant's and Merit Shoes. Inside there were perhaps six small tables, a couple of reading chairs, the librarian's checkout desk, and light oak bookshelves along three walls. There can't have been more than one- or two-thousand books.

At age 12 or 13, I seldom had any particular title or author I was looking for. I just wanted something good to read. Something exciting. I never thought to ask librarians for advice, and my parents never read anything except the newspaper. Books were my own private adventure.

And I do mean adventure. As a little kid, I'd loved Miss Pickerell Goes to Mars and Danny Dunn and the Anti-Gravity Paint and Tom Swift in the Caves of Nuclear Fire. But more recently I'd been devouring Jules Verne's Journey to the Center of the Earth and Twenty Thousand Leagues Under the Sea and the Sherlock Holmes stories. I'd particularly enjoyed The Hound of the Baskervilles, in part because it was more than a little scary.

So it was probably only a matter of time before I happened upon Great Tales of Terror and the Supernatural, edited by Herbert A. Wise and Phyllis Fraser. Strangely, though, I'd never noticed the book before in the section labeled "Short Stories." Perhaps the main library had acquired a new edition and only recently sent its old copy out to this branch, in part because the binding was so worn. But shouldn't an anthology of suspenseful and spooky stories be a little shabby, falling open, as this one did, at the ominously titled "Oh, Whistle, and I"ll Come to You, My Lad"? 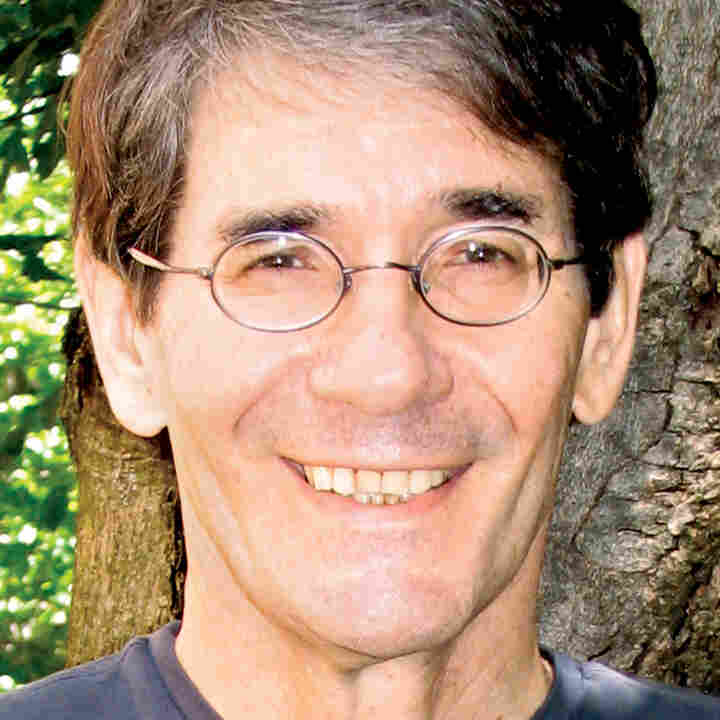 That story, when I read it later that evening, concerns a young academic who, on holiday at the seashore, explores some ancient ruins. There Professor Parkins unearths a metallic tube about 4 inches long; it is, in fact, an ancient whistle of some odd sort. Unfortunately, Parkins can decipher only part of the Latin inscription on his archaeological discovery, something about somebody ... coming. Later, back at his hotel room, he blows the whistle. But I should say no more.

Of course, I'd never then heard of the story's author, M.R. James, the most widely revered practitioner of classic supernatural fiction. And who were Joseph Sheridan Le Fanu and Arthur Machen and Saki and Algernon Blackwood? No matter. What I did recognize was a thrilling title — and there were dozens of them among these 52 stories: "The Most Dangerous Game," "Leiningen Versus the Ants," "The Horla," "Green Tea," "Casting the Runes," "The Monkey's Paw," "The Great God Pan," " 'They', " "Ancient Sorceries," "The Beckoning Fair One."

I checked out Great Tales of Terror and the Supernatural, and it was mine for the next three weeks. Have I yet spoken the word bliss? In the evenings after school I read one or two stories each night. Some, like Edith Wharton's "Afterward," I would only come to appreciate, well, afterward, but most were revelations. And none more so than the very last two: "The Rats in the Walls" and "The Dunwich Horror." The latter quietly opens this way:

"When a traveler in north central Massachusetts takes the wrong fork at the junction of the Aylesbury pike just beyond Dean's Corners he comes upon a lonely and curious country ... "

Who could stop reading at that point? Not I. Nor could generations of other readers, who first discovered these two H.P. Lovecraft classics — tales not of horrible imaginings but of far more horrible realizations — in "Wise and Fraser." In more recent editions of this classic anthology, Phyllis Fraser now appears as Phyllis Cerf Wagner, but nothing else has changed: It's still the same staple of the modern library it has been since 1944. Great Tales of Terror and the Supernatural truly lives up to its title, for it contains thrilling and disquieting stories you will never forget — in one or two especially frightening cases, no matter how hard you try.