Accessibility links
Guards: Anthems With Gravitas The debut album from the New York trio Guards is big on atmospherics, but also features a grandness of intent that connects the group to acts as varied as U2, Arcade Fire and The Beach Boys. 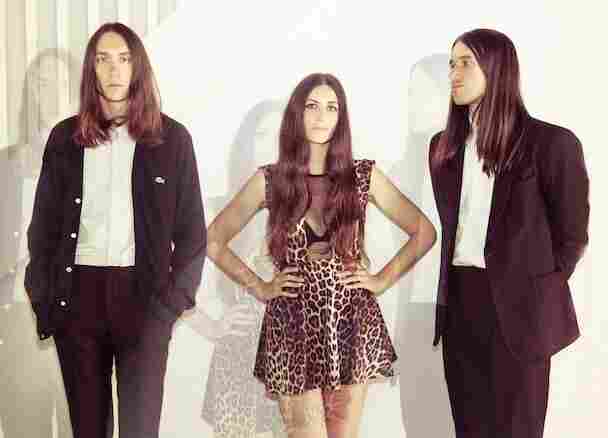 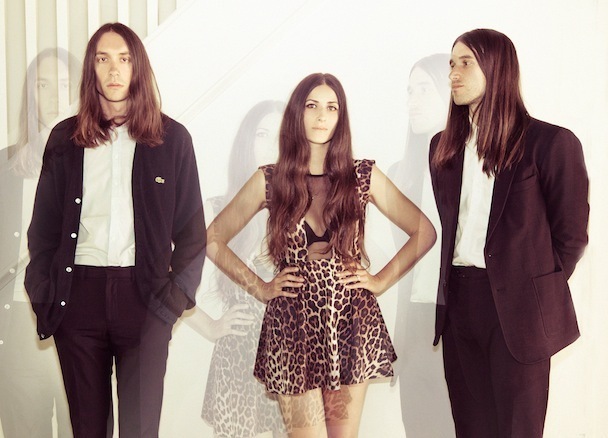 Guards just released its debut album, In Guards We Trust.

Guards is a New York band that just released its first full-length album, In Guards We Trust. In "Nightmare," the album's first track, you hear layered vocals and echoing drum thumps — it's like an inviting dream. Guards' music is big on atmospherics: When the band puts together a song called "Ready to Go," it really makes it sound as if revving up to launch itself on a serious expedition.

"We're up and ready to go," Richie Follin sings in that song, and Guards is the sort of band that sounds as if it could actually rouse itself for an early-morning departure. Where many rock bands seem to exist in an eternal nighttime of club or arena performances and dark after-show adventures, Guards has little use for that. Its members can speed up their dreamy sound to dramatize the feeling of chipper optimism, as they do in "Silver Lining."

In that song, various influences pop up. The band clears vast sonic terrain, creating billowing melodies that sweep across a song with reverberating vocals and guitars that bellow and chime, ringing out in long, sustained notes. There's a grandness of intent that connects Guards to groups as varied as U2, Arcade Fire and Smile-era Beach Boys. Guards isn't up to the level of those acts in terms of songcraft yet — words are employed primarily as additional sound effects rather than vehicles for any sort of complex thought. Which is not to say that Richie Follin chanting the phrase "A girl like you" in the chorus of "Coming True" isn't an ample emotional reward.

At a time in music when pop, rock, country and hip-hop acts all strain to create anthems that will inspire sing-along devotion in large-size audiences, Guards — a band that's only been around for a few years and has released comparatively little music — is already well on its way to giving the anthem form more interest and gravitas than musicians with far more experience.